Articles
Darren Murph holds a Guinness World Record as the planet's most prolific professional blogger. He's an explorer at heart, having traversed nearly 50 countries and all 50 US states. He's flown over one million miles on Delta alone, and serves as a senior writer at TPG.
Follow
Jan. 23, 2019
•
4 min read 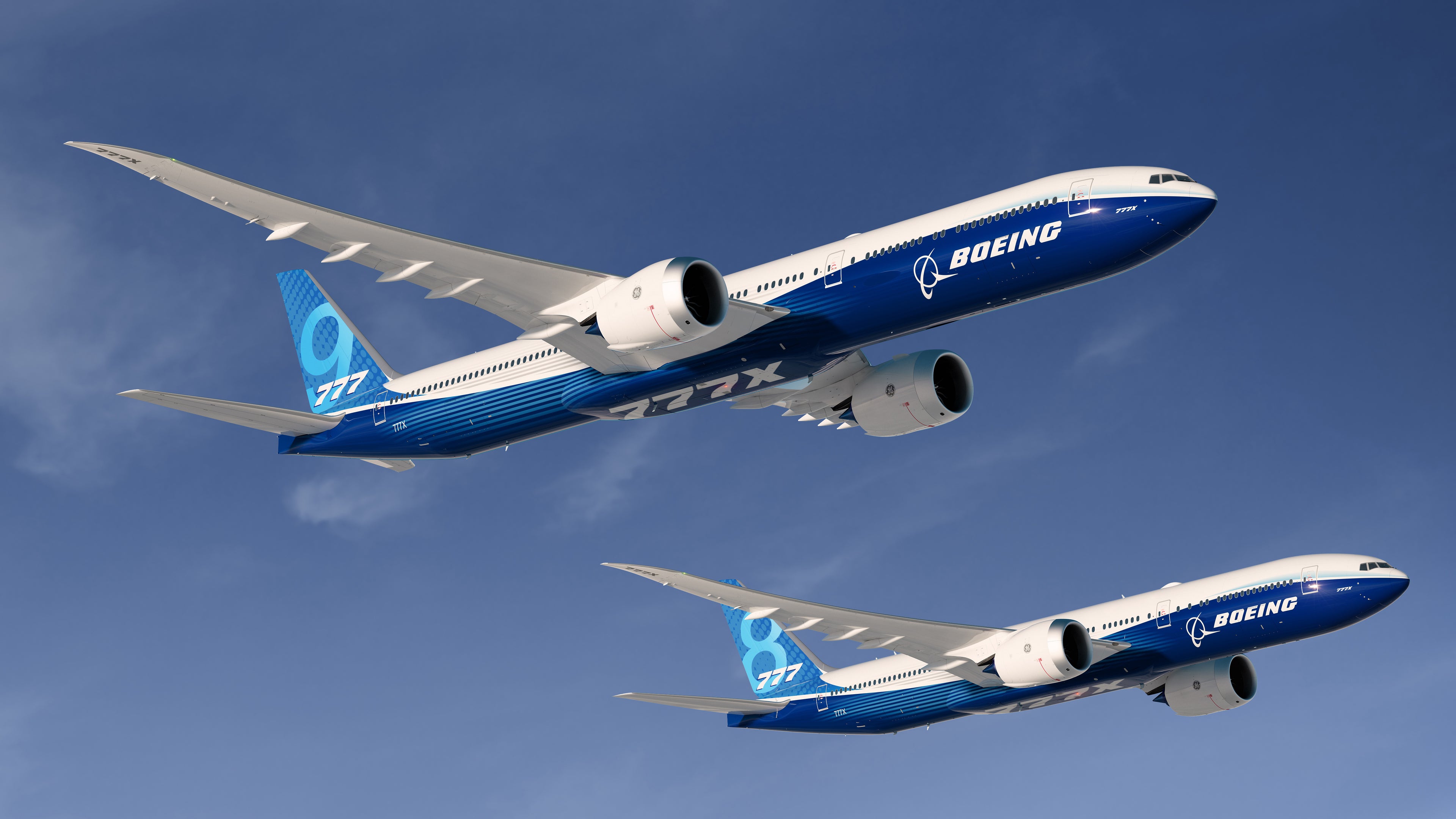 First Look: Inside Boeing's New 777X
This post contains references to products from one or more of our advertisers. We may receive compensation when you click on links to those products. Terms apply to the offers listed on this page. For an explanation of our Advertising Policy, visit this page.

Boeing's newest long-haul aircraft is tantalizingly close to shuttling passengers around the globe. So far, 340 orders and commitments for the 777X are inked from an array of carriers, including All Nippon Airways, Cathay Pacific, Emirates, Etihad Airways, Lufthansa, Qatar Airways and Singapore Airlines. Now, for the first time, Boeing is giving us a glimpse at what the plane's interior could feel like.

Boeing told TPG that the 777X will provide an "additional 4 inches of space in the passenger cabin." This space would allow an airline "to offer a 7-abreast business class cabin while still meeting modern day expectations of privacy and a full lie-flat seat." We inquired as to the official overall width of the aircraft, but were told that Boeing isn't yet releasing that nugget to the public.

Windows, as you'd expect, are huge to allow more natural light to flow in, while a range of ceiling and stow bin choices enable airlines to "create distinct cabins that meet their passenger needs." Speaking to the aircraft's window size, we learned that they are 16% larger than the windows on the 777 while also sitting "higher on the fuselage."

Boeing explained to us that it's providing more flexible packages for the elements it controls — sidewalls, bins, ceilings and lighting — which it refers to as lining options. In other words, you could see an airline outfit a single plane with four different ceiling treatments to coincide with different cabins (for instance, first, business, premium economy and economy). Boeing wouldn't shed any light on ongoing discussions with carriers, but it seems fair to assume that select airlines may look to significantly differentiate cabins with different ceiling treatments.

In a bid to improve the passenger experience and keep things quiet, "the ceiling panels themselves" will serve as the speakers, reducing the visible breaks in the interior, while "improved insulation in the sidewalls" work to dampen noise. Servicing both temperature and noise improvements are the redesigned air nozzles; Boeing explained to us that there will be "more of them operating with less velocity."

Renders show a 3-4-3 seating configuration in the economy cabin, though the edge-to-edge tray tables and IFE displays do look larger than a typical 3-4-3 main cabin arrangement. While it shied away from specifics, Boeing did state that it fully expects airlines to consider a premium economy cabin on the 777X, with certain carriers also offering a bona fide first-class cabin. We've inquired as to the pitch assumptions that are being used in the aforementioned two-class seating specifications and will update this post when we hear back.

The first flight of the Boeing 777X is scheduled for 2019, with first delivery slated for 2020. If you're impatient (and want to push the limits of your Centurion Card), we hear that Boeing Business Jets is taking orders for the private 777X right now.

All images courtesy of Boeing.