The best cabins in the sky, according to TPG staff 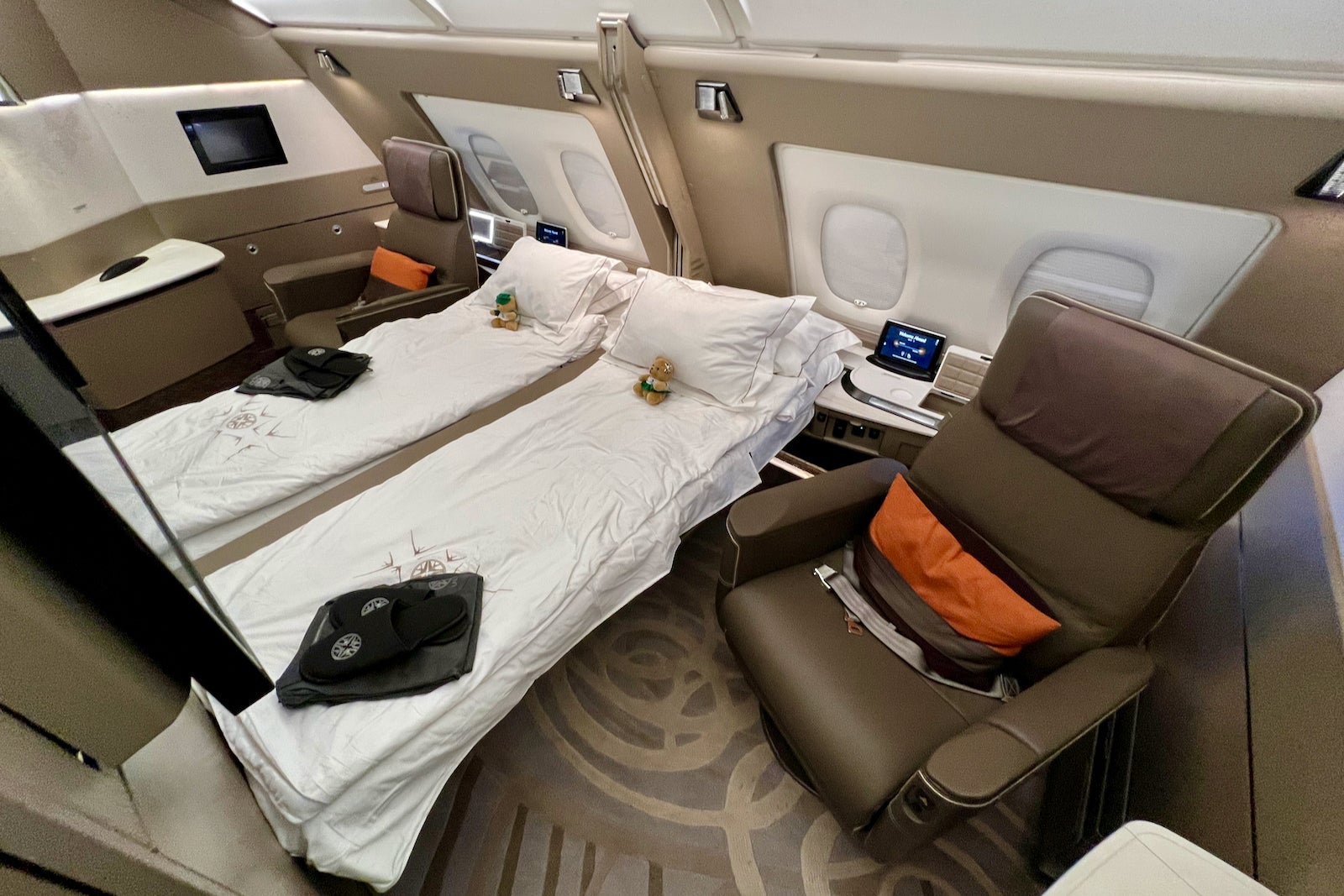 If you want to maximize your flight experience, then look no further than TPG's list of the best airplane cabins.

Each year, TPG staff fly hundreds of thousands of miles in new and innovative cabins, bringing you in-depth flight reviews to help you decide what to fly and where to redeem your points.

While a host of airlines unveiled new cabin concepts this year, most of these updated configurations won't be flying for at least the next three to five years.

For this year's TPG Awards, our editorial staff selected the best cabins in the sky from products that are already flying. One new cabin received an award, and three tried-and-true products rose to the top as well.

Here's the full breakdown of the winners.

Of the fanciest premium cabins in the world, Singapore Airlines Suites is this year's winner for Best First Class.

Singapore Airlines' Airbus A380s feature just six first-class seats on the upper deck of this whale jet. Arranged in a 1-1 configuration, these suites offer an unrivaled amount of personal space — much more than many New York City studio apartments!

Those traveling as a couple can even connect their suites to form one larger bedroom, with two beds, two TVs and two reclining chairs.

Each suite features doors for additional privacy, and there are two snazzy lavatories at the front of the plane with makeup mirrors and fancy finishes.

Coupled with Singapore's highly regarded onboard service and delicious food and drinks, you’re in for a treat in Singapore Suites.

Better yet, the airline retired its older A380 configuration during the pandemic, so this snazzy Singapore Suites product is now flying to the U.S. for the very first time. And you can even redeem miles for these suites — though you'll need to be flexible, since demand is through the roof.

You'll currently find Singapore Suites on the New York to Frankfurt, Germany, to Singapore service, which operates daily as SQ Flight 25 and SQ Flight 26. Unfortunately, the airline is pulling this aircraft and replacing it with a Boeing 777-300ER as of May 15, 2023, so book now while you can.

Qatar Airways Qsuite business-class product is a repeat winner of the TPG Award for Best Business Class — and it picks up another award this year, according to our editorial team.

Qatar's business class continues to shine with an incredible amount of personal space for each passenger. Multiple Qsuite configurations make this product great for solo travelers, couples and even families traveling together.

Couples can turn their center seats into a double bed, and families can convert four center Qsuites into a "pod."

Qatar's impressive onboard service continues to shine with dine-on-demand offerings and comfortable amenities, such as pajamas, plush pillows and duvets, and Bric's amenity kits.

Plus, when you pass through Doha, you'll have access to the Al Mourjan business-class lounge, which is regarded as one of the best in the world.

Even better, Qsuites can be booked with a variety of mileage partners, including American Airlines AAdvantage, British Airways and Qatar Airways Avios, and Cathay Pacific Asia Miles.

Premium economy is all the rage these days. This new-ish cabin class is quickly becoming an intermediate product between economy and business class, and it's priced at a much more modest buy-up than the lie-flat pods in the pointy end of the plane.

This cabin is quite popular on short transatlantic routes, especially on daytime flights when lie-flat beds aren't as necessary.

This year, KLM introduced its take on premium economy, which it has dubbed Premium Comfort, and the new product shines as the best in the skies, according to the TPG editorial staff.

The cabin itself is quite intimate and tastefully designed. There are just 28 recliners spread across four rows in an industry-standard 2-3-2 configuration on the Boeing 787-10 Dreamliner. The smaller 787-9 Dreamliner will have just 21 recliners, whereas both the -200 and -300 variants of the carrier's 777 will feature a 24-seat cabin.

Each recliner is decked out with blue stitching around the headrest and features a leg rest, a footrest and an adjustable winged headrest, which make it easier to fall asleep compared to riding in coach.

Where the product shines is in the culinary and service experience, which resembles something you’d find in business class more than in economy. With printed menus and upscale food and beverage offerings, you'll be well-fed and cared for in KLM's Premium Comfort.

Plus, you can make award redemptions through the Flying Blue program, with one-way awards starting at 30,000 miles. Award pricing is dynamic, though, so as the cash fare increases, expect the mileage rates to climb. You can also use the program's new interactive map to explore the lowest prices for your origin and destination.

It's worth mentioning that Emirates also began rolling out its premium economy experience this year. If bling is your thing, then Emirates might be your top choice. However, the airline's A380s feature a whopping 56 premium economy seats, meaning that the cabin isn't nearly as intimate as what you'll find on KLM.

While many airlines race to add more fees and densify their cabins, JetBlue remains committed to doing things differently.

The airline continues to offer the best economy experience, as ranked by TPG's editorial staff this year at the annual TPG Awards.

In addition to its signature leather seats in economy, JetBlue offers a handful of other valuable perks for "core" flyers, as it calls the economy cabin. This includes free gate-to-gate high-speed Viasat Wi-Fi; personal entertainment screens loaded with free live TV, movies and TV shows; and power outlets and USB ports at most seats.

JetBlue also offers a selection of free snacks and drinks for every passenger, regardless of what fare is booked.

While the domestic economy experience is already ahead of its competitors, the cabin gets even better on the airline's transatlantic flights. Each economy passenger can create a custom tapas-style meal using the seat-back entertainment system, and the airline even offers comfortable pillows, blankets and amenity kits at each coach seat.

Snacks are available throughout the flight at a walk-up bar, and all of JetBlue's signature amenities — free TVs, Wi-Fi and power outlets — are available on these longer missions, too.