Articles
Ben Smithson is a senior writer for TPG UK. Originally from Australia, he is the primary points and miles writer for the U.K. site.
Follow
Aug. 10, 2022
•
10 min read 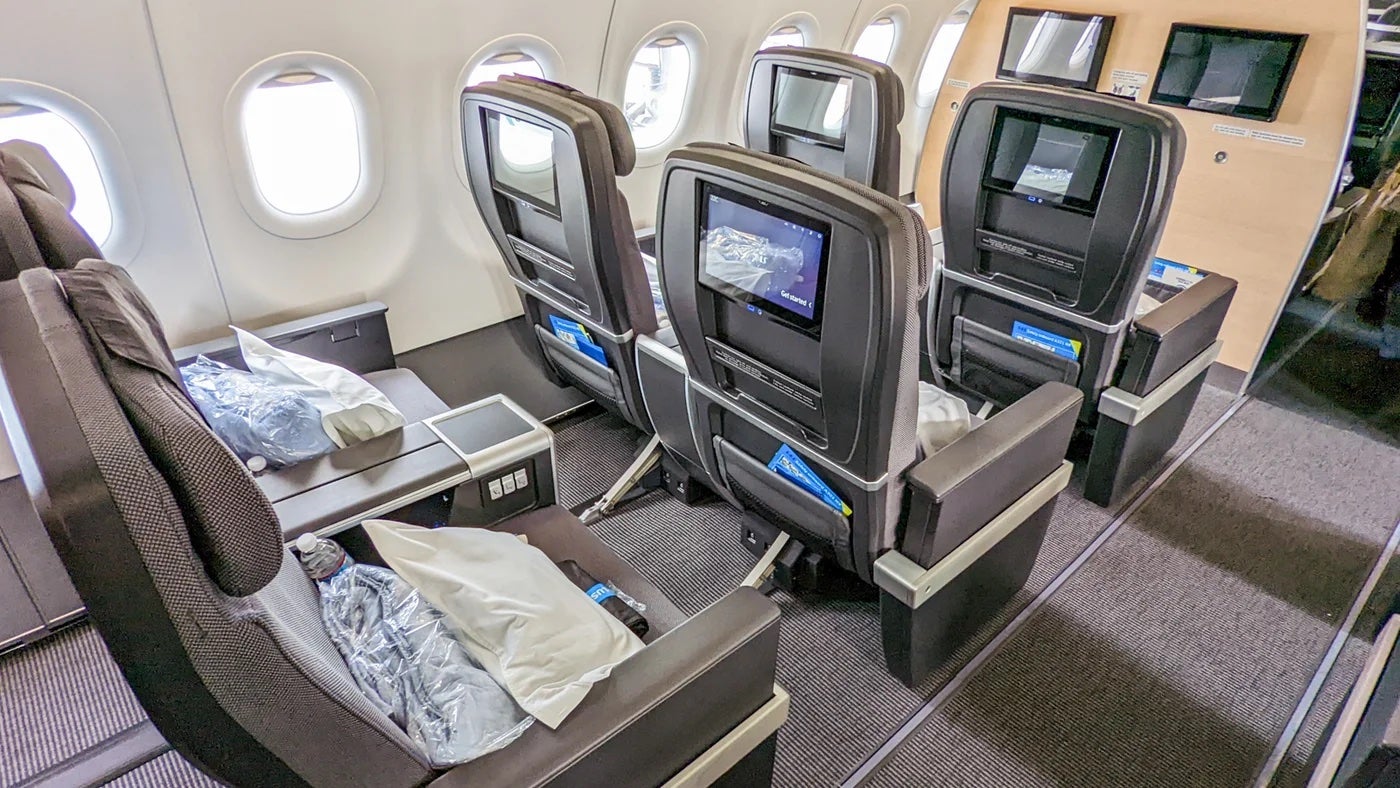 Premium economy can be a smart way to enjoy more comfort and space on long-haul flights without breaking the bank to shell out for business or first class.

You can expect a noticeably better experience than in regular economy, but how good is it, and is it worth the price?

Here are nine things to know about the hottest trend in airline classes right now.

First introduced some 30 years ago by Taiwanese carrier EVA Air, premium economy has been popular with both British Airways and Virgin Atlantic for decades.

Other carriers have been reluctant to install this class of service. Qatar Airways believes its regular economy is so good there is no need for premium economy.

Emirates president Tim Clark initially expressed concern that some passengers could opt for premium economy over business class, which would harm the airline’s bottom line given how much profit is made from business- and first-class passengers.

However, Emirates recently began installing premium economy aboard its flagship Airbus A380 aircraft, recognizing its potential as a revenue stream.

Swiss and KLM are also introducing the product for the first time in 2022. Dollar for dollar, it makes a lot of sense — each seat requires more space than a regular economy seat (about 50% more), but airlines can charge a much higher price.

Related: The top 5 premium economy cabins in the sky today

Expect economy plus, not business minus

A common misconception of premium economy is that it's halfway between economy and business class. It’s not. It’s very much economy with a few bells and whistles, such as a larger seat.

However, it's far from the level of comfort, space, privacy and luxury found in true international business class.

Related: Nothing premium here: Review of Air France premium economy on the A380

The meals will be very similar to economy meals

All airlines offering premium economy take a slightly different approach to the meal service. British Airways promises the main course will come "from the Club Kitchen," meaning it's a meal of business-class quality.

Unfortunately, on my BA flights, it certainly hasn’t been a business-class presentation.

Other airlines may offer an extra main meal choice — three choices rather than the two they serve in normal economy.

Related: Refreshed but with room for refinement: A review of British Airways World Traveller Plus on the refurbished 777

For most airlines, the premium economy meal service will be virtually identical to that in regular economy, only it will be served on real china rather than in plastic tubs.

You might not even realize this unless you pick items up with your hands, as white china and white plastic can look similar. The food will taste the same, regardless of the vessel it's served in.

If you’re hoping for genuine Champagne from France in premium economy, most airlines reserve this exclusively for their business- and first-class passengers. Sparkling wine (usually prosecco) is often handed out during boarding and with meals. However, you won’t find any of the expensive stuff.

Related: Bubbly, please: You can order Champagne anywhere onboard this cruise by shaking your phone

Check the legroom before booking

Premium economy offers more legroom than regular economy, which is a real perk of the product. Legroom differs from airline to airline, though.

The industry standard is 38 inches, but this may only be 4 to 6 inches more than in regular economy — so not a huge difference. That generally won’t be enough space for the window passenger to squeeze past the aisle passenger in order to get something from the overhead bins or use the bathroom.

Japanese and Taiwanese airlines have much more legroom in premium economy, offering up to 42 inches as standard. This is a truly luxurious experience.

Related: So close to greatness: A review of Japan Airlines premium economy in a Boeing 787-9 from Tokyo to Dallas

Bedding is better and you may receive an amenity kit

Real amenity kits are rare in economy, beyond perhaps some flight socks and, if you’re lucky, earplugs in case you happen to be seated near some restless infants.

You can expect a basic amenity kit in premium economy, though. It won’t be stocked with Bulgari toiletries, but you should find an eye mask, earplugs, a toothbrush and toothpaste, socks and perhaps a pen or other inexpensive goodies.

The blanket you receive won’t be a big fluffy duvet but it should cover your entire body, unlike the small half-body ones handed out in economy.

The pillow should be slightly thicker and plusher, supporting your head and neck without leaving you feeling like you’re lying on a deflated balloon — as is often the case in economy.

Watch out for the recline in front of you

This comes with its own negatives, however. If the passenger in front of you reclines fully, it can seriously intrude upon your personal space.

If you're sleeping this won’t have any impact on your comfort. However, if you are using a laptop or watching something on the seatback screen, you might find the space and angles tight or even unworkable. If you are in a window seat, you’ll need to be quite flexible to be able to squeeze out into the aisle.

I don’t think it’s worth the prices charged

Having taken several premium economy flights on leading airlines, my advice is that it's worth around 50% more than the cost of a regular economy ticket, whether that is in cash or miles.

My frustration with premium economy is that it's regularly priced at 100%-200% more than regular economy, or at around halfway between economy and business class — despite the fact it is economy plus and not business minus.

If you're paying so much more and expecting an experience two or three times better than regular economy, I expect you will be sorely disappointed.

Related: Why I don’t think premium economy is worth the ticket price

By all means, try it out if you can find a good deal, especially if you've never flown this service before. However, don’t expect a life-changing experience.

It can be a smart use of points and miles

While cash prices for premium economy can be eye-wateringly high, the additional points or miles required for redemptions are usually far more reasonable.

To upgrade a one-way economy redemption flight from London to New York to premium economy, you'll need the following per person:

If you have a cash fare in economy, check your fare class — some of the cheapest sale fares may not be eligible to upgrade with points or miles. If there’s award availability in premium economy, here are the upgrade costs:

Do be aware that BA and Virgin impose higher fees, taxes and surcharges for premium economy than for economy, so take this into account when calculating the cost.

Related: How to upgrade from economy to premium economy without breaking the bank

Premium economy provides a way to ensure a little more space and comfort on your next journey. There are noticeable differences from regular economy, including more legroom, a wider seat and some priority perks.

Be aware that it’s very much economy plus and not business minus, rather than sitting midway between these two classes of service (as the price point can suggest).

Featured image by Featured image by Ben Smithson / The Points Guy
Editorial disclaimer: Opinions expressed here are the author’s alone, not those of any bank, credit card issuer, airline or hotel chain, and have not been reviewed, approved or otherwise endorsed by any of these entities.