Articles
Ben Smithson is a senior writer for TPG UK. Originally from Australia, he is the primary points and miles writer for the U.K. site.
Follow
July 06, 2022
•
8 min read 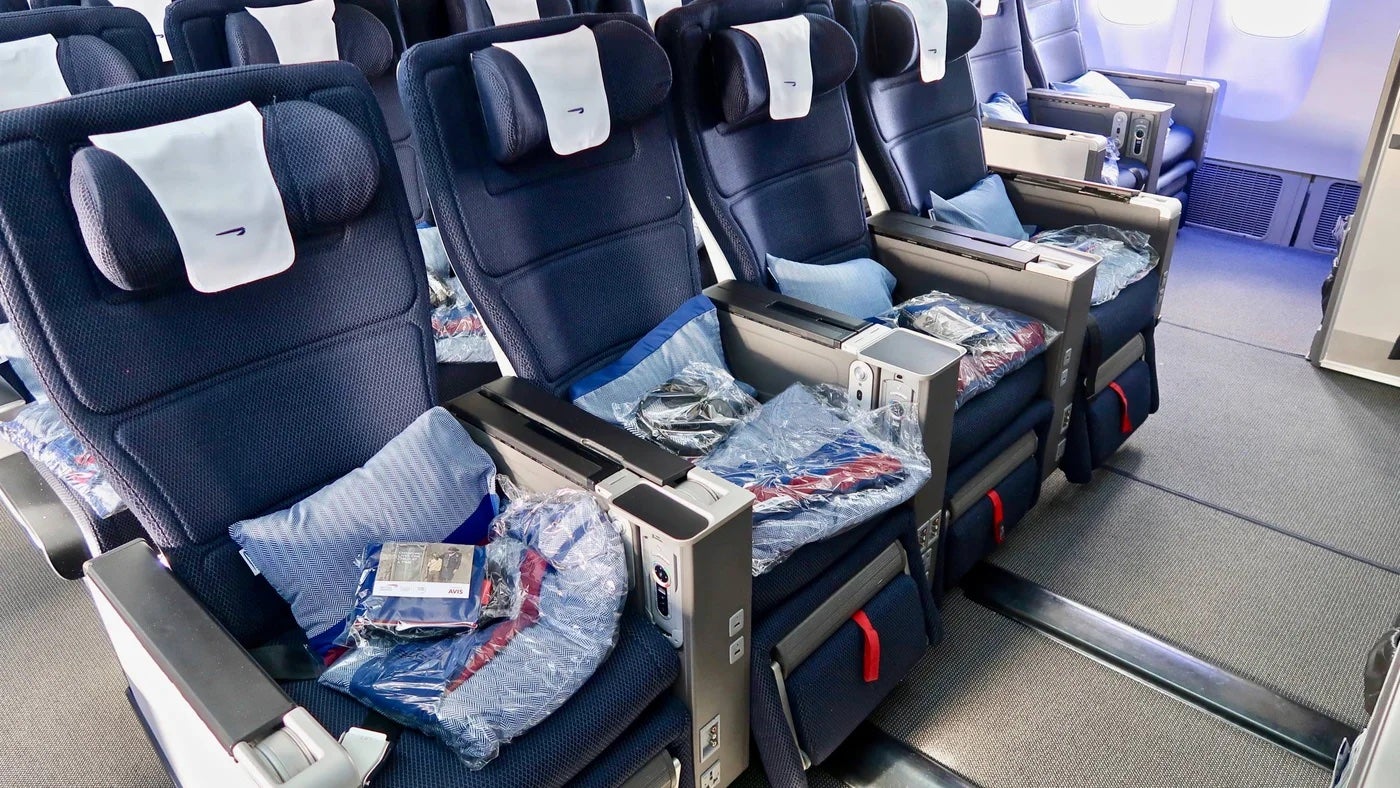 Premium economy is a hot trend in aviation right now.

Airlines have realized there’s good money to be made in this middle ground between economy and business class. The seats take up far less real estate than business class and carriers can charge a significant "premium" over normal economy-class seats.

Originally introduced by Taiwanese airline EVA Air more than 30 years ago, the product has featured on airlines like British Airways and Virgin Atlantic for many years. Emirates, which had long maintained there was no need for premium economy, has relented, installing it in its flagship Airbus A380 aircraft.

Related: Refreshed but with room for refinement: A review of British Airways World Traveller Plus on the refurbished 777

What is premium economy?

Premium economy is a cabin that sits between economy class and business class both in price and comfort. It usually comes with the following benefits over regular economy:

Some airlines also offer a welcome drink of sparkling wine, water or juice (no Champagne), dedicated crew and bathrooms for your cabin, elevated amenities like a (very) basic amenity kit, and larger and plusher blankets and pillows. This varies from airline to airline.

Related: Nothing premium here: Review of Air France premium economy on the A380

I don’t usually check bags, so the priority check-in and baggage allowance don't offer a huge value for me. If you do travel with checked luggage, though, you may get a lot out of these perks.

However, I do like being able to board ahead of regular economy passengers and having a little more time to settle in.

In my experience, the seat has always been the best part. It offers a little more width, legroom and recline than economy which does make it a little easier to sleep in (especially the extra recline). It's still very much an upright seat, though, and I’ve consistently struggled to sleep for longer than an hour at a time sitting up.

The meals have also been quite disappointing. Often the only elevation from economy is that the main course is served on proper china rather than a plastic tray.

Outside of that, it’s usually the same food served in economy. It tastes the same regardless of the serving aesthetics, so I put very little value on this differentiation.

British Airways promises its World Traveller Plus premium economy meals will feature a main course "from the Club kitchen" (meaning it’s the equivalent of a business-class dish). However, I do assume the business-class cabin isn’t served food that looks like this as their main course:

It’s very much economy plus, rather than being business lite, and not halfway between the two.

What does it cost?

Let’s look at a popular route from the United States for premium economy — the ultra-competitive New York-to-London corridor. I’ll compare British Airways and Virgin Atlantic nonstop prices as I’ve flown both on this route before. Here are cheapest prices in September:

Premium economy is two to three times the cost of economy. You can fly TAP Portugal business class (via Lisbon (LIS) for $1,893 round-trip.

Related: A fine mess: A review of Virgin Atlantic’s premium economy on the A330 from London to New York

Let’s also look at cheapest fares in October for direct flights from San Francisco (SFO) to Singapore (SIN), as Singapore Airlines and United both offer premium economy on this route:

Premium economy is well over twice the price of economy.

The price difference here are huge with premium economy three times the price of economy on most flights. If you're considering paying close to $4,000 for premium economy, be aware business class on Cathay Pacific is only $5,000 and Cathay is an outstanding airline with great products.

Is the price worth it?

From my experiences, I consider premium economy to be worth around 50% more than the cost of regular economy on the same airline. None of the premium economy flights I've taken have been twice as good as economy, so why should I pay twice as much?

I believe premium economy is overpriced across the airline industry because it's regularly two or even three times the price of regular economy (so 100%-200% more) as evidenced by the London, Sydney and Singapore examples above.

However, if you can stretch to business class this is absolutely worth three times the price of economy if you can find prices like that as it’s a massively improved experience, especially with a flat bed with direct aisle access for an overnight flight.

It’s no surprise airlines are rapidly installing this cabin. The seats don’t take up much more space than standard economy and they can charge a massive price premium.

I remember being a little disappointed with my first premium economy flight several years ago. I was expecting it to be a savvy middle ground between the cabins in front and behind — half the perks of business class without the eye-watering price tag.

It wasn’t. It was very much economy with a few minuscule bells and whistles thrown in.

If you can find a fare or upgrade for 50% more than standard economy (it can be a smart use of points and miles), I would recommend it, especially if you haven’t tried it before and you want to see what all the fuss is about.

Just check the prices of business class on other airlines — they may be not much more.