The top 5 premium-economy cabins in the sky today 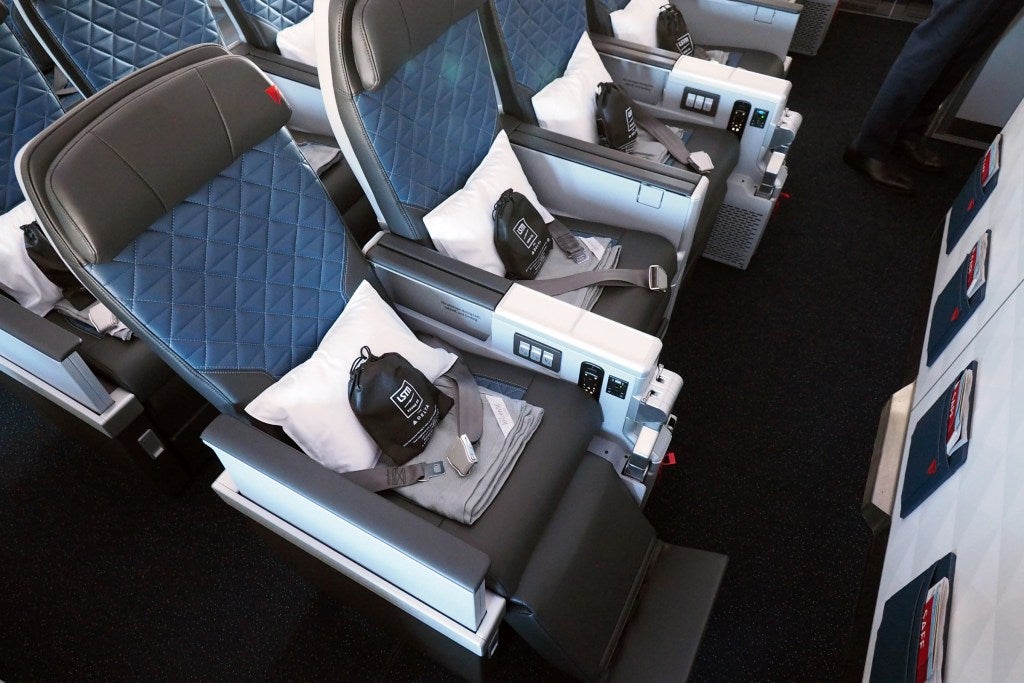 During the COVID-19 crisis, our team has temporarily ceased taking review trips. However, we are publishing new flight, hotel and lounge reviews, from trips taken before the lockdown. We have also been publishing a selection of our most popular reviews from the past year. We hope this will help you choose once we’re all ready to start booking trips again.

Bear in mind that for the foreseeable future, service on board will be greatly reduced to lower the risk of contamination, and that the ground experience will also be very different from what was available before the pandemic.

Premium economy is one step up from economy class and one below business. It's not simply economy class with extra legroom; it's a whole separate class of service, typically found on long-haul flights operated with twin-aisle planes, and featuring seats equivalent to domestic U.S. first class. Those are not lie-flat seats that turn into beds, but they offer a lot more space than most coach seats.

That has us asking questions like "Is it really worth it?", and looking at whether service and meals are actually improved from standard economy. (They aren't always.)

Over the last 12 months, and before the global lockdown, we reviewed and scored over a dozen different premium-economy flights with airlines from across the world. So, to help you decide whether you should take the plunge and go premium on your next flight, here are the five top-scoring premium economy flights of the past year.

For more TPG travel tips and deals delivered each morning to your inbox, sign up for our free daily newsletter.

With meals sometimes as good as business class, and super-comfy seats with generous recline, these cabins all deserved to be in our top 5; they all scored well above the 73.5 point average for our long-haul premium-economy reviews over the past year.

While the future of Virgin Australia hangs in the balance, what is certain is that the airline's premium-economy product is the best we experienced last year, on a flight from Los Angeles (LAX) to Sydney (SYD) aboard a Boeing 777-300ER. This is the cabin that won the 2019 TPG Award for best premium economy. If Virgin Australia does survive the crisis, and if 777s will still be part of the fleet, this is an easy choice to make: fly premium economy if you can.

The seat itself offers a whopping 41 inches of pitch, or legroom — much better than the 38 inches found in most long-haul premium economy cabins. Space between the armrests is a very generous 20 inches, and the 9-inch recline is also very good.

The amenity kit on this flight was filled with an impressive array of goodies and the headphones were more like the kind you'd usually receive in business class.

If that's not enough, "the food-and-beverage service on this flight easily rivaled — if not exceeded — what I’ve experienced in business class on other airlines: white tablecloth, multicourse meals, metal cutlery and real china," our reviewer said.

Breakfast was complete with surprisingly fresh-tasting crepes and, instead of the usual tepid and tasteless drip coffee, an actual espresso was served in a proper little espresso cup.

The cherry on the cake was the "simply top-notch" service. Here's hoping Virgin Australia sticks around, and that its service standards also remain this high.

In joint second place, we have two very different airlines that quite rightly made it into our top 5.

For Singapore Airlines, it was the food served during the flight from Singapore to Los Angeles that really stole the show. There were 15 different food options that could even be pre-selected 48 hours before departure.

A passenger on the flight aboard the A350-900ULR — the airplane also serving the longest nonstop flight in the world, from Singapore to New York — was overheard by our reviewer describing the seat as the "closest I've ever been to business class".

Singapore Airline's A350-900ULR is fitted with just premium seating, with 67 lie-flat beds in business and 97 recliner seats in premium economy. In the latter class, there are six extra private and exclusive-feeling seats at the back of the aircraft thanks to the 1-3-1 configuration due to the narrowing of the rear fuselage. These seats feature a large storage cabinet as well.

Aboard the larger Airbus A350-1000 with Virgin Atlantic, TPG Global News Editor Emily McNutt experienced an improved seat and food service that really set this flight apart from other premium-economy experiences she'd had.

The score Emily gave of 23/25 in the food and beverage category was well earned, from the glass of prosecco at boarding to the main meal of gnocchi, which was "absolutely lovely and roaring with flavor". The culprits for not quite achieving a full 25/25 were a plastic-wrapped, tough and dry bread roll and a slice of passion-fruit cake that was "on the dry side".

The tail camera was a great AvGeek touch, though this would be available for all passengers on the plane.

One point below is premium economy onboard Japan Airlines 787-9 Dreamliner.

The cabin boasts seats with a 42-inch pitch, the most we've ever found in this class. If that's not enough, the seats are built into a shell which means nobody can recline into you. (You cannot recline either, of course, but the seat does slide within its shell.)

There were other benefits on this flight from Tokyo to Dallas that aren't usually found in premium economy like slippers and actual noise-canceling headphones.

Though there were no special complaints about the meals and snacks, the menu wasn't all too different from what was being served in economy. The Champagne was a nice premium touch, though.

Air New Zealand's 777-300ER from Los Angeles to London — a route that has since been suspended, with the service from Auckland stopping in Los Angeles — impressed us with spacious seats with great recline and plenty of space in front for storage or stretching out the legs.

Our reviewer went for two dishes that are notoriously tricky for airlines to serve well in the air: salmon for her main, and pancakes for breakfast. Both were surprisingly good. The salmon was moist and tasty and the pancakes were "fluffy and not at all soggy" — which was "a true surprise".

What really stood out on this flight, though, was the incredibly friendly service from the two dedicated premium-economy flight attendants. They were super quick to react to the call button, and more than happy to chat in the galley if they weren't out in the cabin making sure drinks were always topped up. Our reviewer said she "couldn't have asked for better service".

Sharing the spot is Delta's version of true premium economy, Premium Select. The game-changing element of this was the memory-foam seat, just like a memory-foam mattress. (Those innovative seats are found in normal economy class on the Delta A330-900, too.) Overall it was a really comfortable, thoughtfully designed seat.

The food was also a real standout on this flight from Shanghai to Seattle. It was so good that it rivaled for our reviewer the meals he ate in Delta One (the airline's business class) on the same plane just days before.

When deciding if you should splash out on a premium-economy ticket, make sure to do your homework to see if there are really enough improvements to bridge the gap between economy and business. Rest assured, though, that if you have the option to fly premium on any of these airlines and aircraft, you shouldn't find yourself spending too long on your decision — it's a no-brainer!