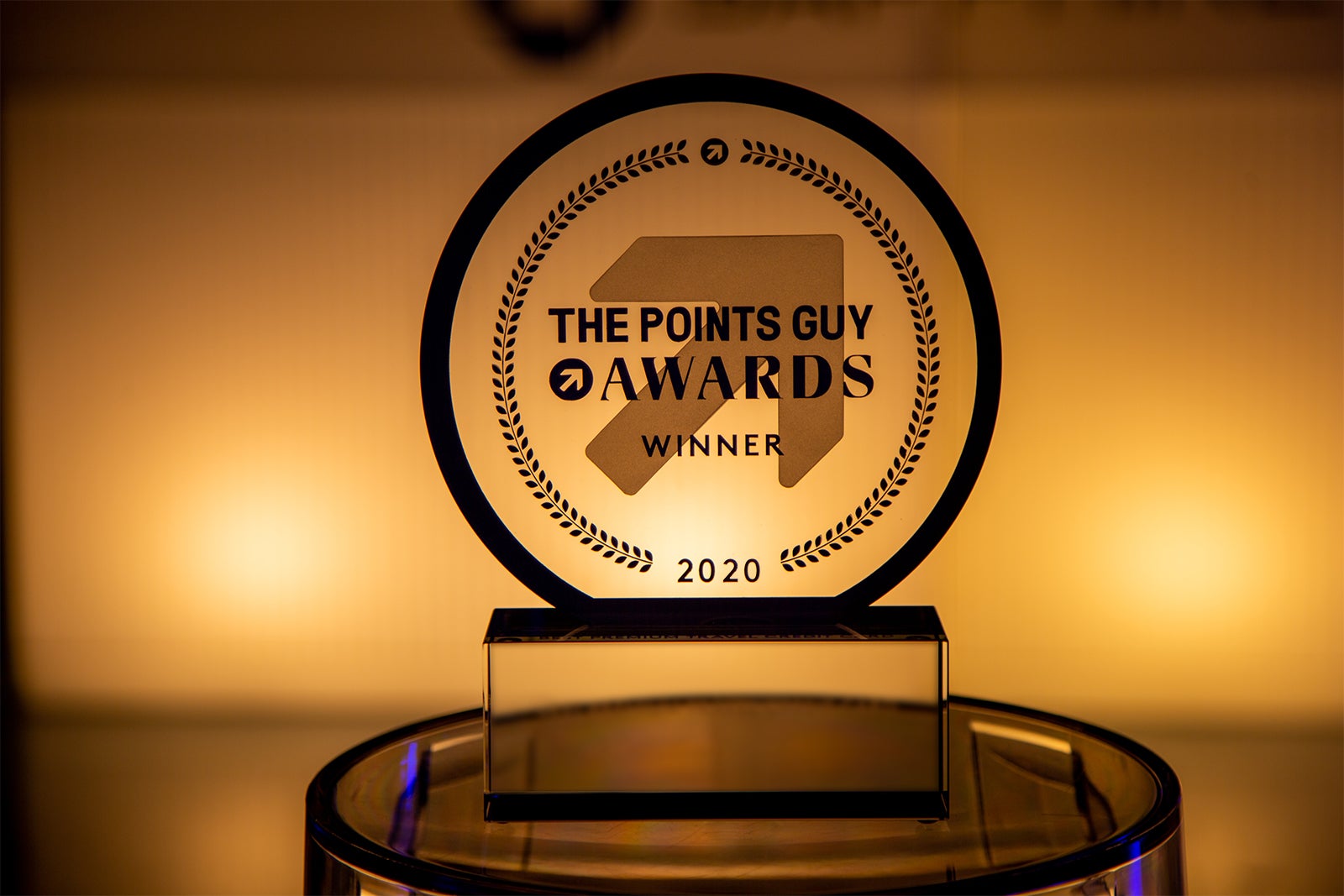 In case you missed this morning's announcement post, today marks the start of Cruise Week at the 2020 TPG Awards — and there's a lot to look forward to for all of the cruisers among our readers. But what better way to kick off the final week of the awards than give out some trophies? Just as we did during earlier weeks, we're thrilled to announce the winners of our first-ever cruise-related awards, as voted on by tens of thousands of TPG readers.

(You can check out previous posts for the winners from Airlines Week, Credit Cards Week and Hotels & Destinations Week.)

Read on to see if your favorite cruise line took home an award.

Sign-up for the biweekly cruise newsletter so you don't miss out on anything related to cruising!

Our first award is for the Best Big-Ship Cruise Line, which we defined as those with ships that generally accommodate more than 3,000 passengers. And when the votes were tallied, one of the most-recognized brands in cruising rose to the top ...

Taking the award as the best big-ship cruise line was Royal Caribbean, which operates some of the largest and more luxurious ships in the world. In fact, the line has more passenger capacity than any other company — with 26 ships that offer more than 80,000 combined berths. These vessels serve virtually every major cruise port around the world, complete with world-class entertainment and a variety of onboard dining options.

While Royal Caribbean is among the lines that have canceled sailings into at least March 2021 — and even had a COVID-19 scare on its first sailing (out of Singapore) — many TPG readers are clearly looking forward to getting back on board its ships.

Read more: 5 ways to get the most bang for your buck on a Royal Caribbean cruise

For the Best Midsize-Ship Cruise Line award, we categorized nominees with vessels that can generally serve between 1,000 and 3,000 passengers. We fully recognize that this isn't universal with certain fleets, but these lines generally don't offer the mega-ships like the ones for the previous award.

And the vote was incredibly close for this one, but a family-friendly line came out on top ...

TPG readers voted Disney Cruise Line as the best in the midsize-ship category. Like Royal Caribbean, Disney has canceled itineraries into March, but once it takes to the seas again, there's a lot to love about sailing with Mickey and the crew. Yes, you're paying a premium for kid-friendly activities like character interactions and first-run movies, but there are many ways for adults and children alike to make the most of a Disney Cruise.

It's unfortunate that the line's new Triton Class of ships has been delayed until 2022, but TPG readers felt that the magic of Disney on the high seas with its current fleet was deserving of this award.

The final cruise-line award goes to the company with vessels primarily under 1,000 passengers. These ships can access smaller ports to give a lot of added flexibility to cruisers, and one line was a clear winner in the eyes of TPG readers ...

Taking home the award for Best Small-Ship Cruise Line was Viking. The fast-growing cruise brand operates six upscale, 930-passenger ocean ships that began rolling out in 2015, with more on the way, and it's already huge in river cruising with more than 60 river vessels. Among soon-to-debut ventures at the company are its first cruises on the Mississippi River — which will include after-hours visits to Graceland — and expedition-style trips to Antarctica and the Arctic.

While Viking has canceled sailings through the end of March, if the voting is any indication, TPG readers will likely be among the first to board when it does get back in the water.

Related: The 7 most exciting new river cruise ships of 2020

The fourth readers' choice award went to the cruise line with the best loyalty program. These operate a bit differently compared to their airline and hotel counterparts, but given the above results, it's likely no surprise as to the company that took home this honor ...

In addition to winning the award as the best big-ship line, Royal Caribbean's Crown & Anchor Society nabbed the Best Cruise Loyalty Program trophy as well. The program offers a variety of perks to reward repeat cruisers, with six different tiers based on the number of cruise points you've earned (1 night = 1 point, or 1 night in a suite = 2 points). Unlike airline and hotel programs, however, these points are for life, and qualification doesn't reset every year.

The onboard perks increase quickly as you climb the levels of the Crown & Anchor Society, including priority check-in, exclusive events and tours, and welcome gifts or amenities — though the truly lucrative benefits don't really arrive until you hit 80 points and Diamond status. And I'm sure that quite a few of these high-level elites cast their votes, helping push Royal Caribbean to its second award.

There you have it: The final four readers' choice awards at the 2020 TPG Awards. The winners were very recognizable brands in the world of cruising, and while none are currently operating cruises for Americans, there's a lot to look forward to when they resume sailing.

And if your favorite line didn't take home an award, don't fret — we'll be handing out four editors' choice awards over the rest of the week, so be sure to check back tomorrow at 9 a.m. for the first announcement.

Remember too that we're launching TPG's Night of Giveaways this Thursday, Dec. 17 at 6:30 p.m. We'll be running a virtual trivia based on the content covered throughout the awards, so register now to claim your spot — and then review what you may have missed from Airlines Week, Credit Cards Week and Hotels & Destinations Week.

Voting for the 2020 TPG Awards Readers’ Choice categories ran from Oct. 1, 2020 at 9 a.m. Eastern Time through Oct. 30, 2020 at 11:59:59 p.m. Eastern Time. It was promoted on our site and across all of our social media channels. In addition, some individual brands promoted voting through their own channels — which included their social media accounts, display banners on their sites and direct email campaigns. The voting was conducted via SurveyMonkey, and it was set up where readers could only vote one time.

Our points-obsessed staff uses a plethora of credit cards on a daily basis. If anyone on our team wouldn’t recommend it to a friend or a family member, we wouldn’t recommend it on The Points Guy either. Our opinions are our own, and have not been reviewed, approved, or endorsed by our advertising partners.
See all best card offers
Related stories
Guide
7 best cruises for seniors who love to travel by sea
Guide
Flying with a lap infant? Here’s what you need to know
News
Delta brings the love to Texas with new flights, a permanent home in Dallas
News
Quick Points: Earn 75,000-plus American miles and Loyalty Points in a week with Rocketmiles