Articles
Kyle Olsen is a points and miles reporter at TPG. Since the age of 16, he has been pursuing elite status, visiting 75 countries across six continents. His passion for travel began with his own business which he started at age 13. He is now an expert at maximizing points, miles, and elite status across all major programs.
June 14, 2022
•
10 min read 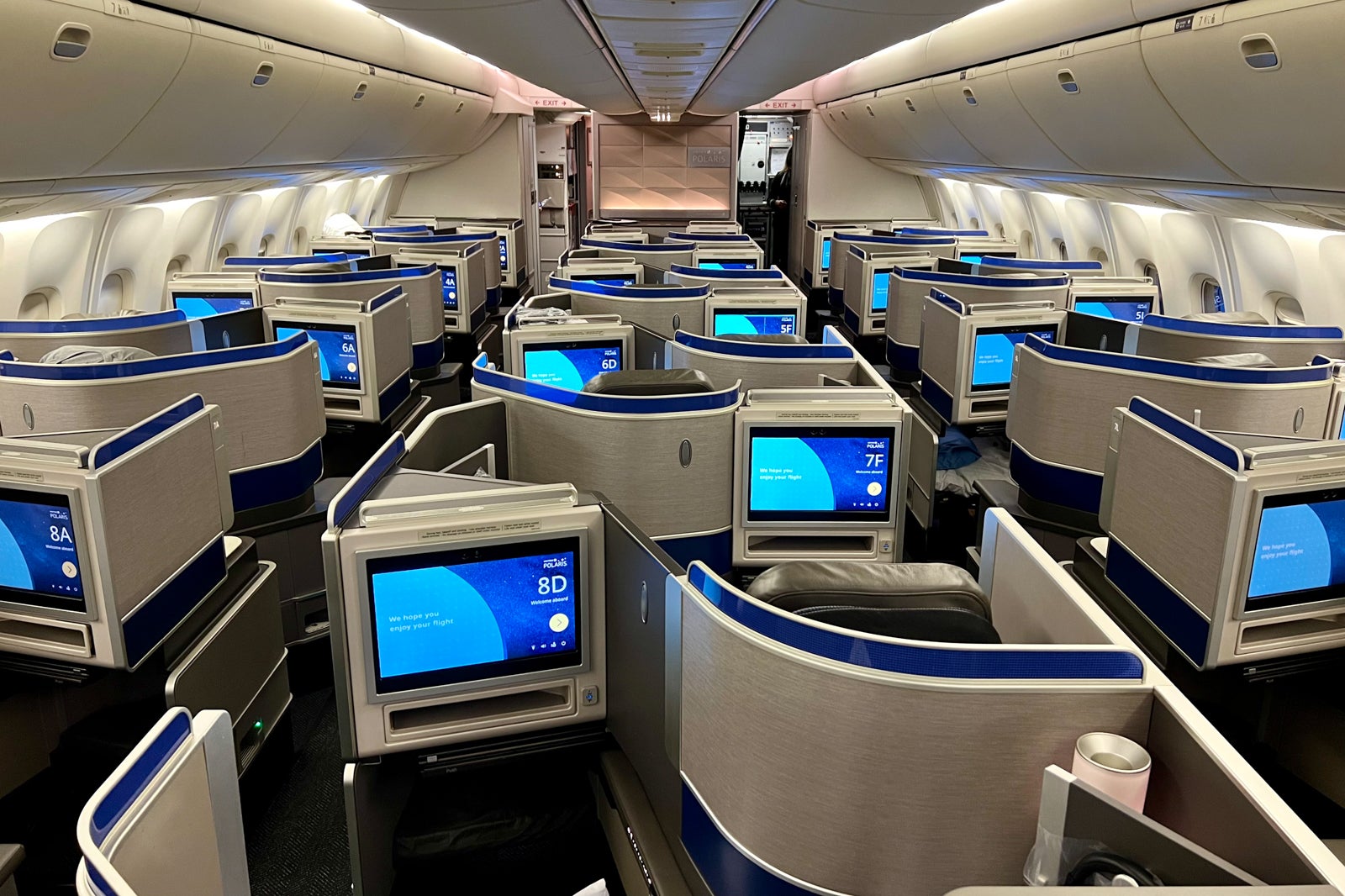 When I tell like-minded points and miles geeks that I value my United miles at 5 cents apiece, they tell me that I'm dreaming of 2010 — before the Continental merger and subsequent devaluations.

In 2019, United moved away from its published award chart to dynamic pricing for its own flights. Doing so allowed United to increase its award rates without notice, which the airline did later that year by increasing the miles required for close-in bookings. And then, United increased close-in award rates again in 2020. Further, in the early days of the pandemic, United increased all Star Alliance award bookings by 10%. While we were hoping that change would be temporary, it looks like it's here to stay.

Despite all of this, I am still a very happy and loyal Premier 1K elite member with United.

With all these customer-unfriendly devaluations of the United MileagePlus program, TPG's valuations now peg the value of United miles at just 1.21 cents each.

Even so, I value my 500,000 MileagePlus miles at around $25,000 — more than four times TPG's valuations. In this article, I'll discuss why I value United miles so highly and describe how you can start getting 5 cents or more per United mile. Let's dive in.

While the United Excursionist Perk takes a bit to get your head around, it’s a superb, lesser-known way to get more out of your United miles on multicity bookings.

In short, the first route within a single MileagePlus-defined region that’s different from the region where your itinerary begins and ends is free in the same class as the preceding leg.

So, what does that mean? Let’s take a round-trip business-class flight between Newark and London. If you manage to find business saver space, this route will set you back 120,000 miles.

But the Excursionist Perk gives you a “free” business-class flight between your two transatlantic flights from London to another city in Europe like Brussels, for example.

Thanks to the Excursionist Perk, you use the same number of miles as you would have used on a round-trip ticket between Newark and London, but you get to fly to Brussels and then back from Brussels to Newark. As the screenshot below shows, your London-to-Brussels flight would cost you zero miles.

By playing around with the MileagePlus regions, you'll find ways to maximize the Excursionist Perk. You might even find a multi-hundred dollar flight in a lie-flat business-class seat that you can book for zero miles.

One of my favorite uses of the Excursionist Perk was between two transpacific business-class flights. I used it to fly from Singapore to Manila on a Singapore Airlines A350 — one of the best business-class products in the sky.

You can even use the Excursionist Perk to get a "free" interisland flight in Hawaii thanks to United's partnership with Hawaiian Airlines.

Related: Maximizing the United Island Hopper with the Excursionist Perk

American AAdvantage has the Oneworld "in" with Qatar's QSuite and Delta SkyMiles has an arrangement with Virgin Atlantic. But that's not to say that Star Alliance is going to leave you with a luxury deficit.

ANA launched a new business-class product called "The Room" right before the pandemic. When TPG senior reporter Zach Griff reviewed it, he disembarked the plane saying that it's "the new gold standard" of international business class, blowing the beloved Qatar QSuite "out of the water."

I plan to check out both airlines later this year on a trip to Thailand and the Philippines. And if you haven't already guessed, I'm using the Excursionist Perk to fly for "free" between Bangkok and Manila on Thai Airways.

Admittedly, it's not cheap. Each transpacific flight costs 99,000 United miles. So my MileagePlus account is taking a 198,000-mile hit for this journey. But when I booked my flight, cash rates were over $15,000 — not a bad redemption, in my view.

Related: Are these airlines really the best and worst for business-class travel?

Flights outside the US

With so many United flyers using miles for travel touching the United States, U.S. redemptions have been disproportionately devalued compared to the rest of the world. Last week, one of my friends redeemed 32,500 miles for a one-way economy-class flight between Los Angeles and Chicago. For that number of miles, you could fly in business class from Istanbul to Lisbon on Turkish Airlines or in economy class from London to Johannesburg on Lufthansa.

If you're planning a trip outside of the United States, it's worth comparing the cash price of your flight to the award price. Remember, just because you're flying a route that United doesn't operate doesn't mean you can't use your United miles.

Related: The best sweet spots you can book with United MileagePlus

Whether you opt for economy or business class, there's still value to be found when using your United miles between the United States and Europe.

In business class, saver award rates, which start at 60,000 miles one-way from the mainland to Europe, are also quite appealing.

I've booked countless economy- and business-class saver awards across the pond. And across these flights, I've routinely hit my goal of 5 cents per mile. Luckily, these award rates haven't been significantly affected by United's dynamic pricing.

Keep in mind that if you decide to travel on a United partner to Europe, you'll spend at least 10% more than the price of an award ticket on United's own metal.

Traveling in Belgium earlier this year, I had to return immediately to the United States due to a family emergency. The urgent nature of the situation meant that I needed to be on the first flight that would get me home to San Francisco.

Shopping on my phone for a flight back while en route to the Brussels airport by taxi, I found a United flight in Polaris business class for 62,800 miles connecting through Chicago. Miraculously, this flight was scheduled to depart Brussels in two hours and had the soonest arrival back into San Francisco. The cash price was over $8,000.

Even with the increase in award prices for close-in bookings, this flight was a bargain and I avoided paying for an expensive last-minute paid fare.

From this experience, which could have been exorbitantly expensive, I've learned to keep a healthy "just in case" sum of miles in my MileagePlus account for situations like this.

Related: Why points and miles are the best insurance policy

No fuel surcharges and low taxes and fees

If you compare Star Alliance awards across different loyalty programs, you'll quickly see that United almost always charges more miles than any other loyalty program. This is what I mean:

Even though United prices are on the high end, there are no fuel surcharges when using MileagePlus miles. Also, carrier-imposed fees are either fully waived or heavily reduced.

By the time you start adding taxes and fees to your award ticket's price, you'll quickly see that MileagePlus still delivers strong value.

Of course, I miss the days of spending 10,000 miles on last-minute flights from Washington, D.C., to San Francisco, which I sometimes booked in college. But in fairness, United miles are easier to earn now than they were in the past. For example, the United Club Infinite Card earns 4 miles per dollar spent on United purchases. That would have been inconceivable before the United-Continental merger when miles were worth more.

Before booking your next United ticket for 30,000 miles, think to yourself for a moment, "Hmmm, for that number of miles, I could get to Europe."

Soon, you'll become an expert at getting the maximum value from your MileagePlus miles, visiting destinations far and wide throughout the Star Alliance network.

Related stories
Great deal: Book business class tickets at premium economy prices with this Avianca LifeMiles sale
Holiday gift guide: TPG’s 22 travel-friendly picks for 2022
Vail Resorts lift-ticket sales capped; buy your Epic Pass by Dec. 4
These Black Friday hotel deals can save you hundreds on your next stay
Featured image by (Photo by Zach Griff/The Points Guy)
Editorial disclaimer: Opinions expressed here are the author’s alone, not those of any bank, credit card issuer, airline or hotel chain, and have not been reviewed, approved or otherwise endorsed by any of these entities.