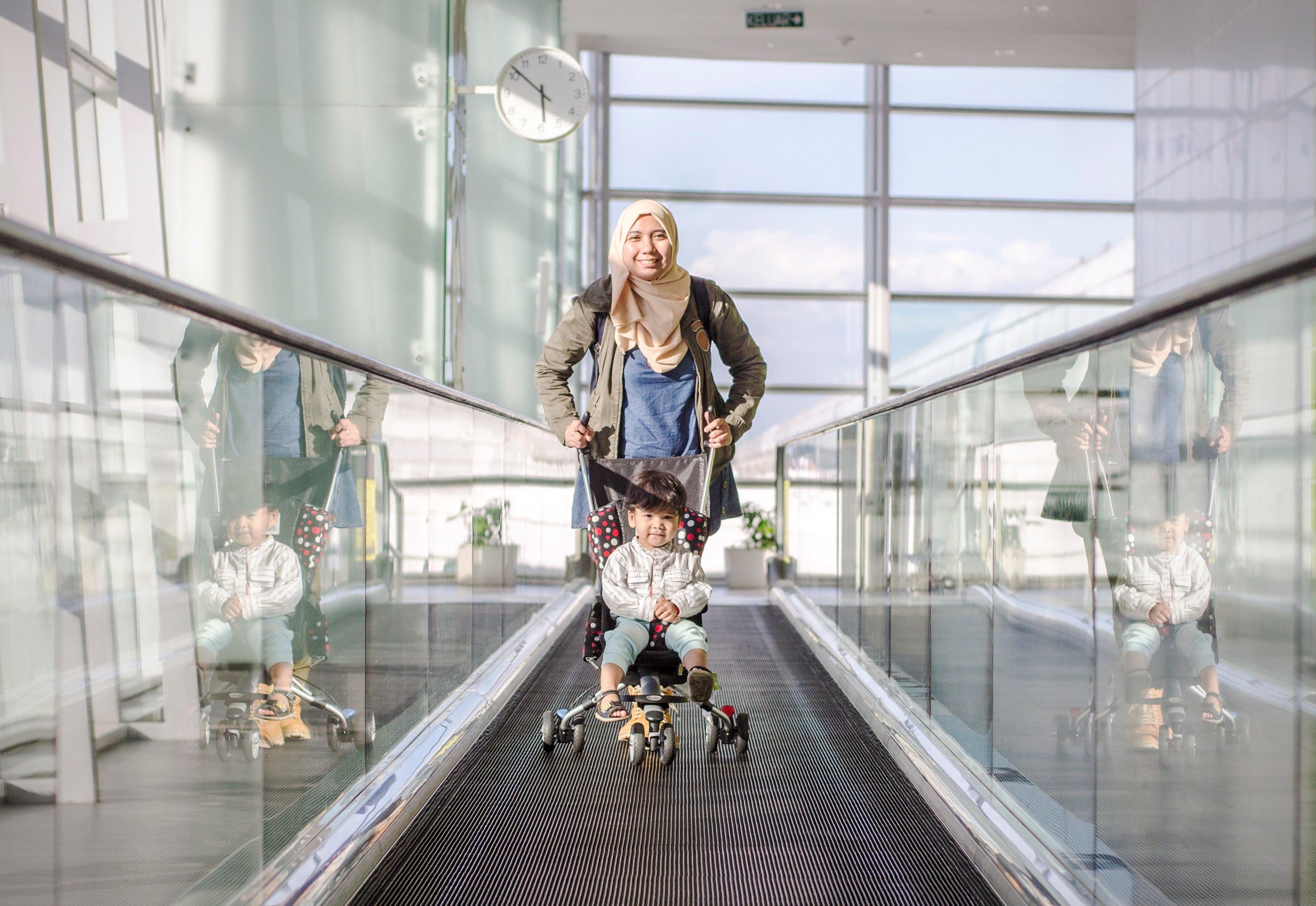 The novel coronavirus has changed, and in many cases, permanently altered the travel industry. As things begin returning to normal, we're starting to imagine what travel will look like after the pandemic.

The travel industry will bounce back. But what will airlines, hotels and card issuers do to keep its most loyal members — and entice likely skittish infrequent travelers? To understand how points and miles promotions might look like after the pandemic, we should look back to the 2008 financial crisis and the years after to offer clues.

In the years after the Great Recession, hotels needed to find ways to woo travelers back. The industry had taken a significant hit — and that left hotels needing to get creative in how they marketed stays to travelers.

In 2008, Hyatt ran a promotion for its loyalty program (which was then called Gold Passport) for members to earn a free night after every two eligible stays with no limit. SPG also had a promotion called “You Choose,” where members could pick between 12 offers, like free weekend nights. Club Carlson (now Radisson Rewards) made a splash with its "Big Night" promotion in 2012, through which travelers could earn up to 138,000 points simply by staying with certain brands.

Reuters reported in March that the hotel industry said it expected to lose $1.4 billion in revenue every week. Hotels will also see a 30% drop in hotel occupancy over a year. But Bjorn Hanson, a hospitality and travel researcher who previously served as a professor at New York University’s School of Professional Studies Center for Hospitality and Tourism, is much more optimistic. He expects that travelers will see more creative promos to bundle hotels with outside offers.

“[We may see] promotions with other attractions that need to generate demand as well, [like] museums or fitness centers or shopping experiences,” he said.

More than a decade later, we're starting to see hotel promotions come back in earnest: from bonus points to earning miles for hotel stays to fantastic BOGO sales at luxury resorts.

Earlier, I said that companies would have to do a lot of work to entice travelers. Post-recession, we saw more perks for business travelers. But in a post-coronavirus world, we're already seeing companies recognize how much work previously done in person can be accomplished remotely. That means travel companies, like hotels, will need to target the infrequent traveler -- or the traveler who can work anywhere.

Related: The Critical Points: What does the future of business travel look like?

A new trend that emerged after the initial round of COVID-related restrictions is the work-from-hotel package. Hyatt became the first major hotel chain to offer a formal package across its portfolio, known as Work From Hyatt.

Work From Hyatt proved to be popular. The chain expanded the program in September to more than 60 resorts across the U.S., Canada, Mexico and the Caribbean. Competitors Hilton and Marriott soon followed with their own programs.

The coronavirus pandemic is much different than the last recession. Southwest CEO Gary Kelly mentioned last month that the slowdown in passenger demand was not driven by economics, as it was after the 2008 recession, but rather by fear of the virus.

Every major U.S. airline has extended status for elite members, and we're starting to see some promotions. But much like the hotel promotions, it's been a mixed bag.

Southwest made waves in September after launching a promotion that made it much easier to earn a Companion Pass after taking just one flight. The promo included domestic and international revenue flights booked in any fare class such as Wanna Get Away, Anytime, or Business Select.

Normally, you can earn a regular Companion Pass of your own by flying 100 Southwest flight segments or earning 125,000 qualifying points in a calendar year. Those requirements were effectively lowered earlier this year, as Southwest gave members a boost towards the pass due to decreased travel during COVID-19.

In October, some SkyMiles members were targeted in a challenge to receive complimentary Delta Medallion status one tier higher than their equivalent status on another U.S. airline, up to top-tier Diamond Medallion status. Frontier Airlines also launched a status match promotion.

As I said above, however, the airline promotions have been hit-or-miss. In early December, American was criticized after announcing that American AAdvantage would leave a surprise gift in member accounts. That announcement turned out to be a big disappointment, with many members receiving gifts of just 100 AAdvantage miles.

We also saw a few promotions in the aftermath of the financial crisis, like U.S. Airways’ Grand Slam promotion to encourage members to earn points on all non-flight related activities, like hotel stays and rental cars.

The promotion was based on “hits,” and the more hits you got, the more points you earned. For instance, four hits earned 4,000 bonus miles, while eight hits earned 8,000 bonus miles. If you earned more than 12 hits, you'd earn not only bonus miles but also Elite Qualifying Miles. You could earn hits by completing qualifying activities like renewing membership in the U.S. Airways Club or staying at a hotel partner like Hilton or Hyatt.

We also saw unique promotions like 2011's Amex transfer bonus to Delta, which offered a 50% bonus and 25,000 Medallion Qualification Miles (MQMs) when you transferred 100,000 or more American Express Membership Rewards points to the airline.

In August 2016, Chase shocked the points and miles world by offering a whopping 100,000-point sign-up bonus on the popular Chase Sapphire Reserve card.

While the CSR was a game-changer in the travel rewards credit card space, it also opened up the community to the average consumer. In fact, the Sapphire Reserve was so successful that Chase ran out of the metal slabs needed to produce the cards. The Sapphire Reserve was also partially responsible for a 35% increase in new Chase card accounts in the third quarter of 2016. The card is currently offering a sign-up bonus of 50,000 bonus points after you spend $4,000 in the first three months from account opening.

That wasn't the only large welcome offer we've seen in the last decade, either. In 2014, the Citi® / AAdvantage® Executive World Elite Mastercard® launched a whopping 100,000 AAdvantage bonus mile welcome bonus after making $10,000 in purchases within the first three months of card membership (offer is no longer available). The current offer is 50,000 bonus miles after spending $5,000 on purchases within the first three months of account opening.

And going further back, in 2011, the Capital One Venture Rewards Credit Card offered a unique promotion where it would match miles earned from airline cobranded credit cards — up to 100,000 miles — as part of a welcome bonus. The current offer is 75,000 bonus miles after spending $4,000 on purchases in the first three months of account opening.

In recent years, we've seen that increase applied to premium cards. Banks like Amex increased earning on airfare booked directly with airlines or Amextravel.com on the Platinum card to 5x (starting Jan. 1, 2021, earn 5x points on up to $500,000 on these purchases per calendar year).

Amex also increased its transfer partners to 22, added perks like airline credits and credits at merchants like Dell, Uber and Saks Fifth Avenue. (enrollment required for select benefits).The Sapphire Reserve launched with an up to $300 annual travel credit and 3x points on travel and dining purchases, Priority Pass airport lounge membership and an up to $100 application fee credit for Global Entry or TSA PreCheck. Enrollment required for select benefits.

Amid the coronavirus pandemic, we see some positive movement on the credit card front, which is an early good sign. Several issuers have given select cardholders statement credits to offset high annual fees or more time to hit significant welcome bonuses. Several issuers have also launched limited-time bonuses at grocery stores as a result of the pandemic.

For instance, The Platinum Card® from American Express currently has the following welcome offer: You'll earn 100,000 points after you spend $6,000 on purchases on the card in the first six months of card membership.

The Chase Freedom Flex and Chase Freedom Unlimited also offer temporary bonus categories as part of the sign-up bonus. You’ll earn $200 in cashback on either card after spending $500 on purchases in the first three months of account opening.

Related: This fan-favorite travel card is now one of the best to use for groceries

Will we see big offers like the Sapphire Reserve's 100,000-point welcome bonus in a post-pandemic world? Possibly — but with a catch.

“This could look like the following,” Wilson continued, “100,000+ welcome bonuses with lower spending and longer time to earn them; better value added to existing perks, such as more points/miles per dollar spent on popular spending categories, bargains on airline and hotel reward redemptions ... [and] adding new perks, such as lounge access, more free nights for hotels, free or reduced-price Clear memberships or airline cards offering free Wi-Fi access.”

The pandemic has virtually halted global travel, but it will come back.

In the years after the recession, we saw extraordinary welcome bonuses, generous bonus point promotions and more perks like lounge access. In the years after the pandemic, we may see improved incentives again. But we'll also see perks and promotions aimed at everyday spending, like supermarkets, or ways that make it easier to get and keep status while at home. In the meantime, though, expect to see more cheap cash deals — and not just on budget carriers — such as transcontinental flights for under $100 round-trip.

“I see record-low fares and deals to redeem points and miles for reward travel and vacations,” Wilson says.