Articles
Ethan Steinberg has been a frequent flier for as long as he can remember. He went from studying abroad in Paris to moving to Shanghai after graduating college, where he covered all things travel in the Asia-Pacific region for TPG.
Nov. 06, 2019
•
15 min read 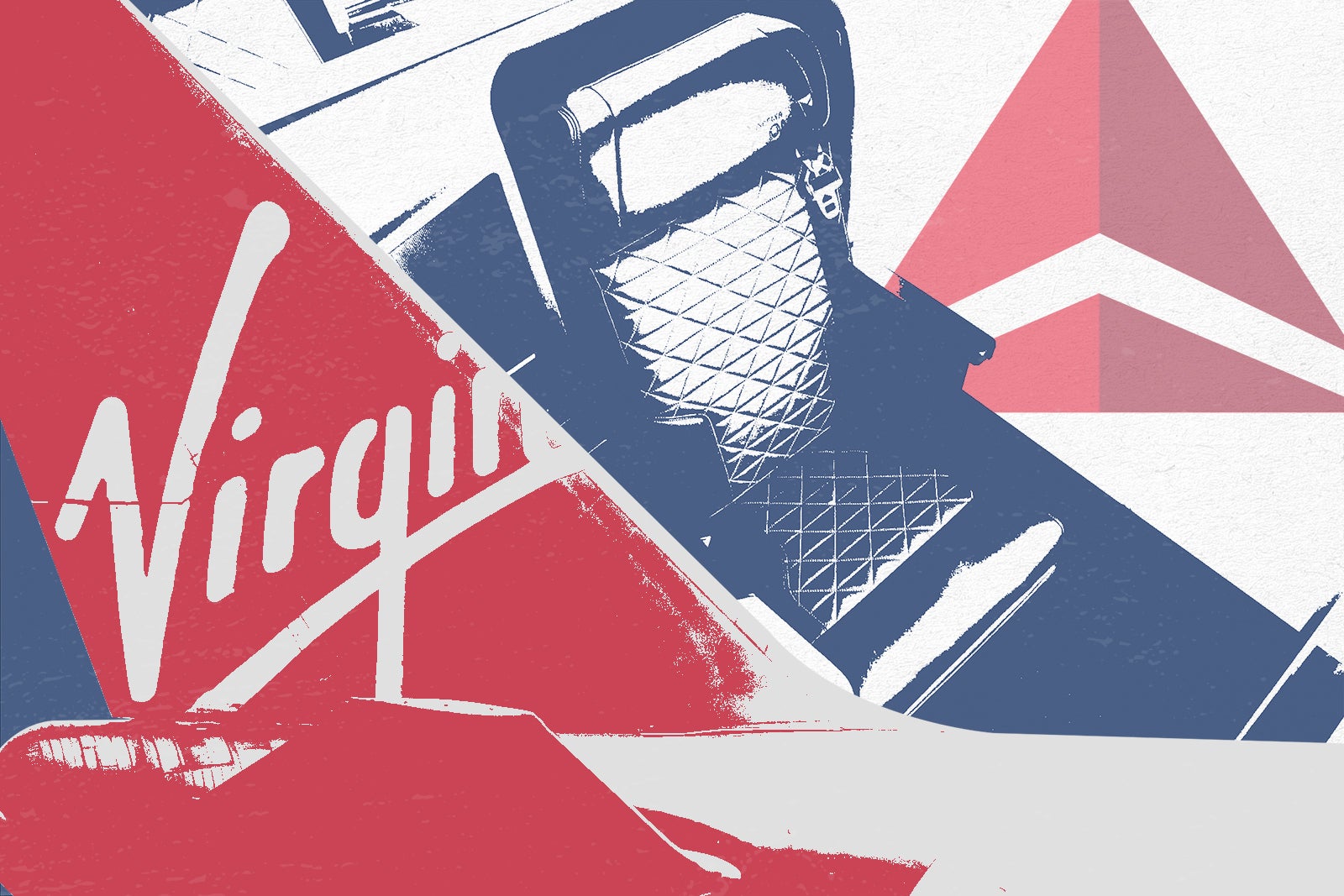 The Points Lab is TPG’s newest team, dedicated to using data and leveraging technology to create resources, tools and analyses to help readers more effectively and efficiently use their points and miles. Past articles have included deep-dives into Lufthansa first-class award availability and Marriott’s peak and off-peak pricing. Today we’re looking at international business-class awards on Delta.

Becoming a master of points and miles requires you to dispense with a few myths about commercial aviation. One of the first lessons I learned is that — contrary to what some might think — it's not always cheapest to book an award ticket with the frequent flyer program of the airline you're flying. If you want to fly United Polaris, United's MileagePlus program may not be the cheapest way to book your ticket.

Nowhere is this phenomenon more readily observable than when it comes to long-haul, premium-cabin awards on Delta. The carrier was the first of the major US airlines to introduce dynamic award pricing, meaning that Delta's SkyMiles program will charge some truly exorbitant rates on certain routes, such as these one-way, business-class awards from Atlanta (ATL) to Johannesburg (JNB) for 465,000 SkyMiles.

For a while now, it's been possible to score incredible discounts using Virgin Atlantic Flying Club miles to book awards on Delta-operated flights, instead of booking directly through the SkyMiles program. However, Virgin Atlantic's availability has been inconsistent, and we wanted to see just how big of a savings it offered.

Since all the research for this post had to be done manually, I selected five, long-haul Delta routes to analyze:

Note that Virgin Atlantic's website doesn't recognize every airport code to which Delta flies, so if you needed to search award availability to a city like Seoul (ICN), you'd need to call and ask an agent to help you out. For simplicity of searching purposes, I stuck with the above routes, all of which are searchable online through Virgin Atlantic.

For the latest travel news, deals, and points and miles tips, subscribe to The Points Guy daily email newsletter.

I collected pricing data in economy and business class for every day that Virgin Atlantic offered award availability (both nonstop and connecting flights), as well as Delta's award price for every single day from April 1 to June 30, 2020 — to avoid both peak holiday travel season and Chinese New Year next spring. I filtered out any awards Virgin Atlantic was offering with a connection through the carrier's London hub, focusing entirely on flights operated by Delta.

Here's some high-level data from this search:

In some sense, it's not entirely fair to make an apples-to-apples comparison between Virgin Atlantic miles and Delta SkyMiles. After all, TPG values the former at 1.5 cents each and the latter at 1.2 cents — and for good reason, given the array of valuable rewards Flying Club offers. In addition, the two programs only share one transferable credit card currency: American Express Membership Rewards. Since you can also transfer points from Chase Ultimate Rewards and Citi ThankYou Rewards directly to Virgin Atlantic, you may have many more avenues to building up your Flying Club account balance.

However, we can see two things right off the bat:

In fact, the overall pricing of Delta-issued award tickets is simply astronomical. Across the three routes to Europe I evaluated — looking at both directions — the average price of a business-class award ticket booked through SkyMiles on any given day was a whopping 247,406 miles, or nearly $3,000 worth of miles based on TPG's valuations.

Now let's take a look at how the individual routes break down. As you can see, there's a decent amount of variability between different routes, and there are also some notable differences when you compare European and Asian destinations.

The column on the right is by far the most important one, as it tells us how many miles you save (on average) by booking business class flights through Virgin Atlantic instead of through Delta. In most cases, the miles you save would be enough for an entire round-trip ticket to Europe — assuming you're flexible with your dates. If you're able to wait for one of Delta's increasingly-frequent award sales, those savings might even score you a round-trip economy ticket to Australia or Asia.

In terms of trends, the sample data indicates that you'll find much better business class award space flying to and from Asia than you will to or from Europe, and most of it is nonstop. A 20-30% chance of finding Delta One Suites availability on a new aircraft like the A350 or A330neo isn't bad, especially if you're planning in advance and are flexible with your travel dates.

Award space to Europe is much tougher to come by, especially for nonstop flights — 40 of the 87 days with availability required a connection (compared to just 14 out of 111 to Asia). Still, I think the most interesting findings come from the bottom-right side of the chart, specifically looking at the average savings available by booking through Virgin Atlantic. Even though Virgin Atlantic charges fewer miles for awards to Europe than it does for awards to Asia, the savings are much bigger. This is because Delta's dynamic pricing hits flights to Europe especially hard, routinely charging up to 360,000 miles for one-way awards. Detroit to Beijing is nearly twice as long as Detroit to Paris, yet the shorter flight is a much more expensive award — and that's where you'll find the biggest savings.

Further Reading: Just as good the second time: A review of Delta One Suites on the 777, Los Angeles to Paris

The data above applies only to Delta One — the carrier's international, business-class product — but would economy awards on these same routes see similar discounts?

While economy award space is better across the board, the savings are much smaller — and in some cases, it disappears entirely. The three routes with negative savings (DTW-PEK, SEA-PVG and PVG-SEA) actually indicate that on average, it's cheaper to book these awards through Delta instead of Virgin Atlantic. If we zoom in specifically on Seattle to Shanghai, you an see that for the entire month of April 2020, Delta doesn't charge more than 25,000 miles for a one-way, economy award, worth $300 based on TPG's valuations.

If you believe the airline's narrative that dynamic award pricing is actually good for travelers because it passes on savings when ticket prices are low, this would be a great example to argue your case. Cash tickets on this route are available for as little as $276, Delta's award pricing reflects that reality.

Of the 10 routes included in this study (five city pairs in two directions), Virgin Atlantic offers no savings for economy awards on three of them. You can also eliminate CDG-DTW, as the average savings of 2,545 miles is not really significant. For several other routes, such as DTW-CDG, you need to move past the average and compare individual dates to see which program you're better off booking through. Virgin Atlantic will charge 30,000 miles for one-way nonstop economy awards from the US to Europe on Delta, and that number doesn't change. Some days that Virgin has availability on that route, Delta only charges 25,000 miles, making it the best program to book through. Other times it charges 44,000 miles, meaning you should stick to Virgin. Yes there are more days when Virgin is the cheaper option, but that doesn't mean you can skip straight to booking without first checking Delta's pricing.

So what does this all mean? Here are some key takeaways based on the above data:

Of course, it's critical to acknowledge the limited scale of this project, which represents only a fraction of Delta's long-haul route network and only covers about 25% of the available booking calendar. I'm confident that these numbers give you an idea of the value you'd get to book Delta awards through Virgin Atlantic, but confounding factors such as seasonal fluctuation in travel demand, the upcoming 2020 Summer Olympics in Tokyo and even Delta's shift from Tokyo-Narita (NRT) to Tokyo-Haneda (HND) could potentially impact any individual search.

This analysis is also most beneficial to someone who has the luxury of choosing between Delta SkyMiles and Virgin Atlantic Flying Club for their upcoming trip. If you frequently fly Delta and have a large stash of SkyMiles, these savings might not mean as much to you, but if you plan on transferring points from Amex Membership Rewards, I strongly suggest you search Virgin Atlantic before you make that irreversible transfer.

While some airlines seem unable to grow without the training wheels of a major alliance, Virgin Atlantic has built an impressive network of airline partners and — in the process — made its mileage currency a must-have for savvy award travelers. This great deal on Delta's business-class awards is just one aspect of the value that Virgin Atlantic offers, but you should also familiarize yourself with the airline's award chart for flights on ANA, especially if you're looking to travel in a premium cabin.