Want to book Lufthansa first class? Focus on these routes 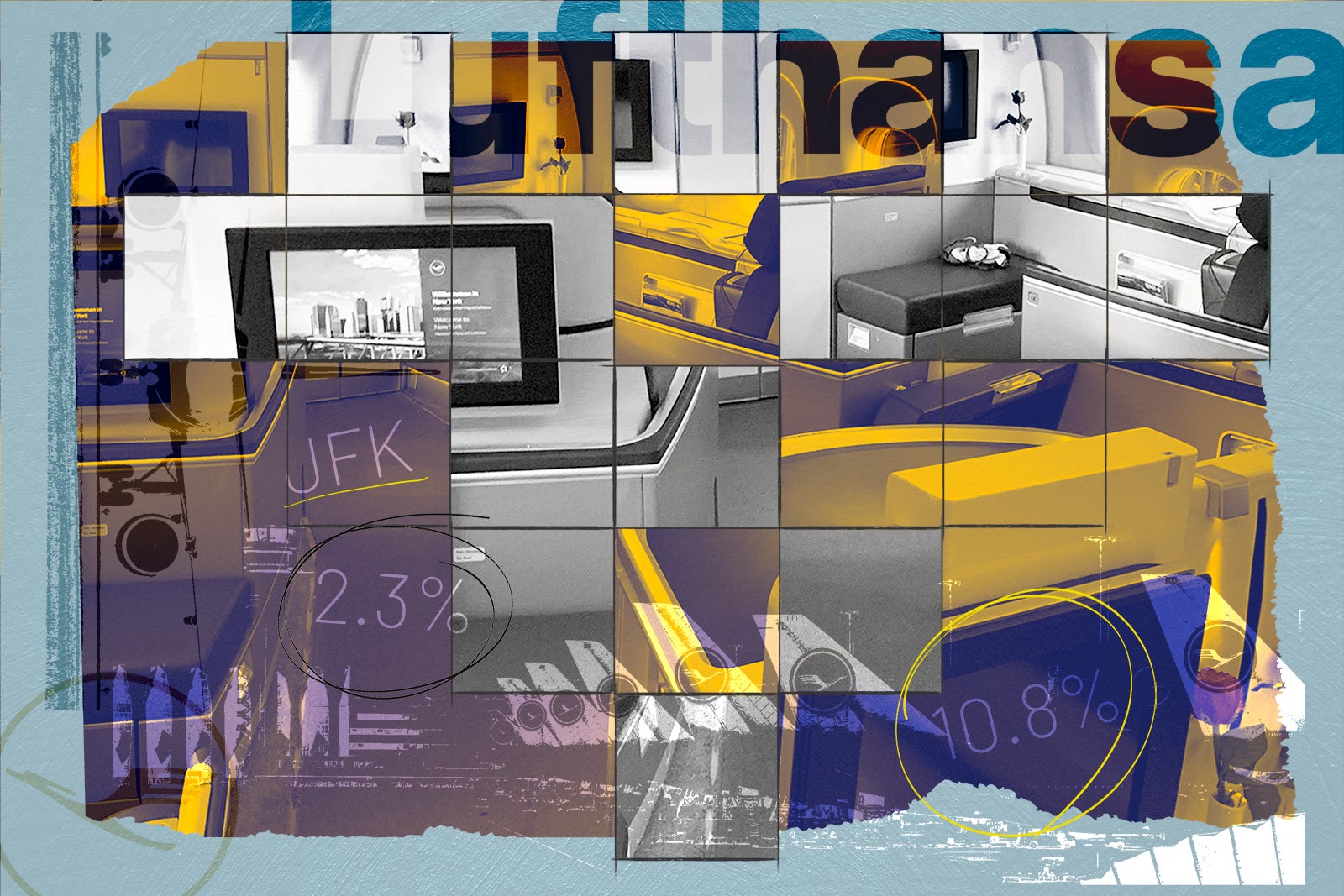 Lufthansa first class is many an award traveler's dream redemption. From luxurious in-flight amenities to top-notch service and even a dedicated terminal in the carrier's Frankfurt (FRA) hub, it's hard to go wrong by aiming to redeem miles for this incredible product.

Unless, of course, you try to find availability from certain airports.

Today we're pulling back the curtain on one of the best products in the sky to help increase your chances of using your hard-earned miles to fly Lufthansa first class on your next trip to (or from) Europe.

Before getting to the good stuff, let's start with exactly how this analysis was conducted. It all starts with ExpertFlyer (which is owned by TPG's parent company, Red Ventures). In case you're not aware, this platform allows you to search award availability across dozens of airlines, and you can even set alerts if your desired flight isn't available on your preferred date(s). The site is an award traveler's dream, empowering you to know exactly when a given flight can be booked using miles.

The data below represents every search conducted on the platform for Lufthansa first class from the U.S. to either Munich (MUC) or Frankfurt (FRA) and back. The results span roughly five weeks — August 1, 2019 through September 5, 2019 — but are limited to searches that took place within 15 days of departure, since Lufthansa is known to not release award space to partners until this time. In all, this covered 39,177 searches for the routes with a first-class cabin between the U.S. and Europe.

The goal? Identify which routes were most likely to be available for first-class awards.

Which U.S. city had the best availability?

Let's begin looking at the overall numbers for flights in both directions based on US departure gateway. In this chart, we'll consider all flights that depart or arrive from a U.S. airport in a single bucket — so for New York-JFK (as an example), the overall percentages would include the following individual flights:

Here's what the data showed:

For starters, note that just 4.1% of total searches came back as successful. That's (obviously) quite low. If you extrapolate that out and assume that it's reflective of overall award availability, it means that you have a roughly 1 in 25 chance of successfully finding Lufthansa first-class awards available through partner programs like Avianca LifeMiles or Air Canada's Aeroplan.

However, you probably noticed that some cities performed much better than others.

West Coast residents, on the other hand, were in rough shape. San Francisco (SFO) and Los Angeles (LAX) had horrendous success rates — just 0.6% and 0.7%, respectively. That's not to say awards don't exist from these gateways; they're just exceptionally rare.

Does Frankfurt or Munich have better availability?

For U.S. airports that offered nonstop flights to both Frankfurt and Munich over these dates with a first-class cabin, we dove deeper to see which of the two German hub cities had better availability. Here's what our research found:

As you can see, Munich was almost always the better option (with the exception of flights to or from Boston), and in several cases, the differences were striking. The success rates to MUC from ORD were double that of FRA, while for LAX and SFO, they were more than four times higher.

This also matches the aggregate success rates for all flights into or out of the two German hubs:

The data shows that searches were more likely to find first-class award availability to or from Munich over the dates we analyzed.

Is flying to or from Europe better?

Another fascinating breakdown of the data is by individual flight. Some may want to book Lufthansa first class to rest on a flight to Europe, while others may want to enjoy the full experience on a day-time flight back to the U.S. Is there a clear pattern of successful award searches related to the direction of the flight?

Here's what the data said:

This information showed an even split, with seven routes offering better award success rates coming from Europe and seven with higher rates going to Europe (plus one with equal percentages). However, note the success rate for first-class award searches on the Munich to Chicago-O'Hare flight — an incredible 37.2%.

Now it's worth mentioning that this analysis isn't a perfect predictor of future Lufthansa first-class award space to or from the U.S. for a few important reasons:

We've thrown a lot of data and numbers at you, but what are some of the overall conclusions you can draw from this information? Here are a few key thoughts:

The overall success rate for Lufthansa first-class awards: 4.1%. Put another way, for every 25 searches from August 1-September 5, only one was successful. Those aren't great odds, though they aren't as dismal as other top-notch, first-class products that are hard to book using points and miles.

That being said, the data shows that some gateways may be much better than others ...

Detroit appears to offer the best chance for finding first-class awards on Lufthansa.

As far as trends go, Detroit (DTW) appears to be the king of Lufthansa first-class award availability, as nearly a quarter of searches out of or into DTW came back successful. And amazingly enough, the success rate for two seats from August 1-September 5 (25%) was higher than searches for one seat (21.6%). Indeed, just a quick search of the next week and half shows several days with first-class award availability for multiple passengers — including some flights with four or more tickets:

Of course, not all airports are nearly as conducive to booking these awards ...

If you're based in San Francisco or Los Angeles, you may struggle to find first-class award availability at all. Success rates for flights starting or ending in SFO and LAX were quite dismal, and looking out at the immediate 15 days from today, I don't see a single, first-class seat available using points and miles on any of these routes (in either direction):

MUC-LAX, meanwhile, has just one seat available at the time of publication — on September 16:

Now, it's worth noting that this current search window (through September 28) does creep into Oktoberfest, but with multiple other gateways still showing availability during one of the world's most popular beer festivals, one can assume that it isn't just a function of high demand.

Lufthansa first class is one of the most sought-after products in the frequent flyer world, and tips abound for booking it with points and miles. While the above conclusions aren't hard-and-fast rules given the limitations of the data, hopefully this analysis has shed some light on the best options for snagging Lufthansa first-class award space to or from US cities.

Be sure to check out the following guides for additional details, including how you can book these awards using points and miles:

This is just the beginning of these analyses as the Points Lab gets into full swing. Be sure to follow us on Twitter and sign-up for our daily newsletter to be the first to hear about new launches.