Articles
Summer Hull , aka Mommy Points, ran the Mommy Points site for families who want to travel more for less using miles and points for seven years. She now heads up a variety of special projects at TPG when she isn't exploring the world with her own two girls.
Follow
April 29, 2020
•
12 min read 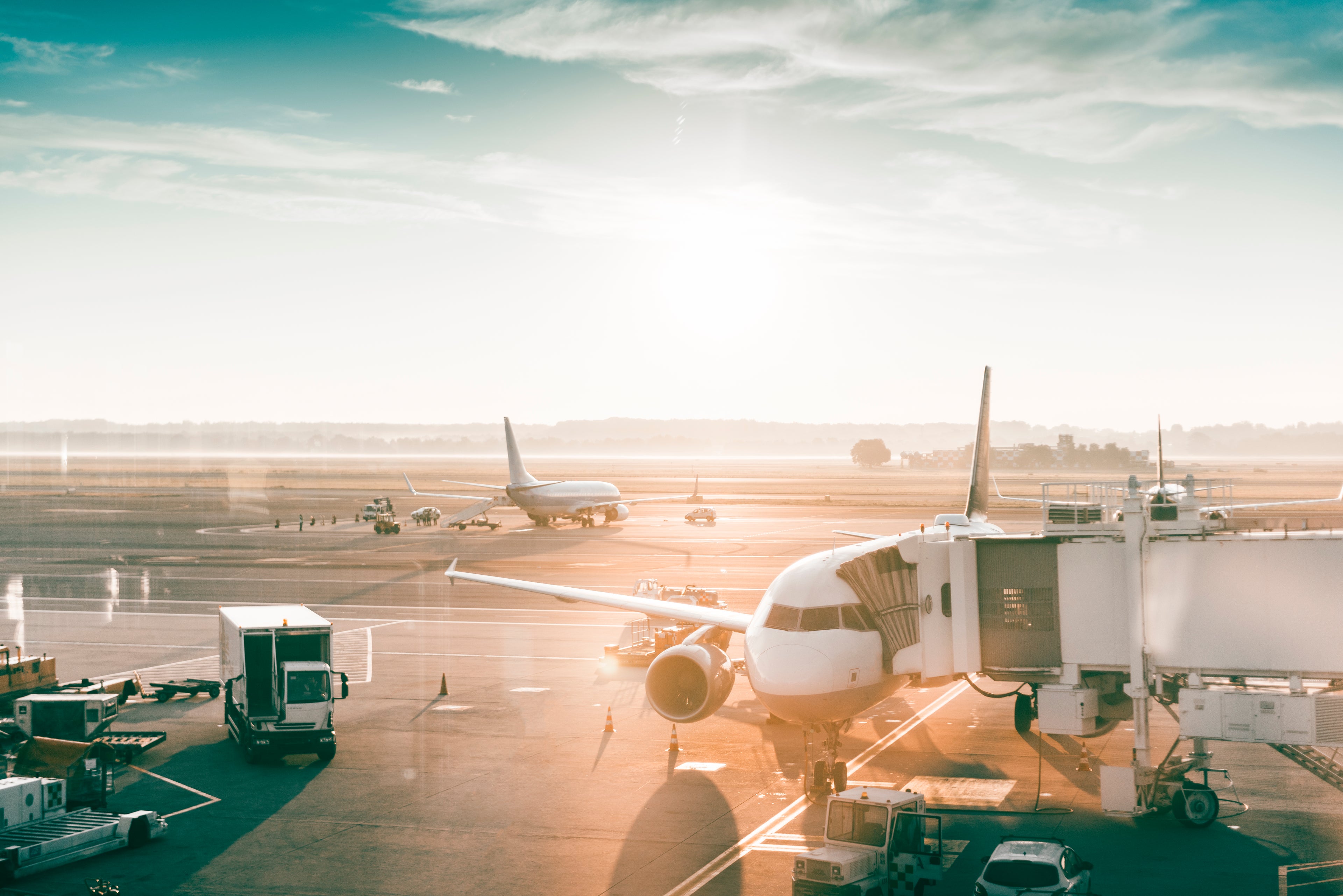 I won't blame you in the slightest if you think I'm crazy for saying what I'm about to say because ... well, it is a little crazy. But, there's a strong argument that 2020 is the year to put a large portion of your everyday spending on your cobranded hotel and airline credit cards.

Yes, 2020. This year. The same year that in many ways has been the definition of the dumpster on fire meme. The year that has most of us barely leaving our homes and certainly not traveling is actually a phenomenal year to ramp up spending on the cards in your wallet (or sock drawer?) that have names such as United, Hyatt, Delta or American Airlines stamped on the front.

Why would you want to ramp up spending on cobranded travel credit cards when you aren't traveling and when virtually all of the major hotel loyalty programs have already extended elite status tiers by an extra year? Luckily, the loyalty programs and banks have already asked themselves those same questions and realized that cardholders may need extra encouragement in the coming months to swipe those hotel and airline credit cards.

Want more credit card news and tips from TPG? Sign up for our free daily newsletter!

This is the year that you can earn progress toward elite status from your at-home credit card spending at rates never before seen. You can even make progress toward lifetime elite status in at least one program that had previously eliminated that earning feature. In some cases, there are also bonus points and miles potentially available for your upcoming purchases all at the same time.

There's absolutely nothing wrong with turning to your cash back credit cards right now, but those who really enjoy elite status perks may be well served with a somewhat surprising approach to 2020 credit card spending selections.

Related: The credit cards I am using the most from home

And while Hyatt has already extended elite status levels by one year, those who don't yet have Hyatt Globalist status can make progress 50% faster than normal through their at-home spending on the World of Hyatt Credit Card.

From April 15 through June 30, 2020, World of Hyatt Credit Card holders will earn three elite-qualifying nights for every $5,000 spent on the card instead of the normal two nights per $5,000 charged. This is in addition to the five elite qualifying nights you get each year just for having the card. Those getting the World of Hyatt Credit Card right now as new cardholders actually get double the normal number of nights as well and will start with 10 elite qualifying nights as brand-new cardholders.

Related: How I earned Hyatt Globalist status for $0 out of pocket

Even if Globalist status won't be within range with this promo (since it still would require a lot of spending), this will also work to make faster progress toward Milestone Rewards such as confirmable suite upgrades, club lounge access awards and free-night certificates that begin to take effect at 20 elite-qualifying nights per year.

The World of Hyatt Credit Card normally offers four Hyatt points per dollar spent on purchases at all Hyatt properties, two points per dollar on restaurants (including takeout and delivery orders), local transit and commuting (including rideshares), airfare and fitness club/gym memberships, and one point per dollar on everything else. It also provides a second Category 1–4 award night after spending $15,000 in a cardmember year.

However, right now my World of Hyatt Credit Card is also awarding 2,000 bonus points if I charge $4,000 from April 1 to June 30, which pairs with the elite status bonus credits quite nicely so be on the lookout for targeted spending bonus that could stack on top of the elite night promos.

Normally, you can only earn 1,000 United elite Premier Qualifying Points (PQPs) with your United cobranded credit card charges each year. However, for 2020, that amount is doubling or quadrupling, depending on the type of United card you hold.

These extra elite point promos begin on May 1 and run through the end of 2020. The normal earning rate on the United cards holds steady at 500 PQPs for every $12,000 charged to your United card, but the new promo stacks on top of the normal earning rate, so you can earn toward the promo and the regular earn rates at the same time.

For easy math, let’s assume you haven’t put any spending on your United Club Infinite Card yet this year and started using it from May 1 to Dec. 31. In that case, for the first $12,000 charged to the card you’d earn the regular 500 PQPs via the normal rates and an additional 500 PQPs via this new promotion. The same would be true for the second $12,000 charged to the card, which would then max out the normal 1,000 PQPs you can earn each year and result in an additional 500 PQPs via this promo.

Pair that with the 50% reduction in United elite status requirements for 2020 and Silver, Gold or Platinum status might be within striking distance, especially if you were busy earning 2020 PQPs with flights before the pandemic grounded most of us. With United, it's possible to earn status based purely on your PQP earnings without specific flight requirements.

Last but not least, we're also seeing some bonus United miles available for those who put a certain amount of charges on their United credit card in the coming months. You can head to united.com/offers/springbonus to check and see if your United credit card is eligible for an extra bonus on top of the normal additional PQP bonus.

However, for the last nine years, that has not been the case ... until now.

But from May to Dec. 2020, every dollar charged on your cobranded American Airlines credit cards (such as the Citi® / AAdvantage® Platinum Select® World Elite Mastercard® or AAdvantage Aviator Red World Elite Mastercard) gets you one mile closer to Million Miler status with American Airlines. The information for the Citi AAdvantage Platinum card has been collected independently by The Points Guy. The card details on this page have not been reviewed or provided by the card issuer.

This specific elite status bonus offer won't be hyper-relevant to most travelers, but if you are trying to close the gap to Million Miler status, it could be really helpful to swipe your way to those sweet elite benefits.

But what's even cooler with Delta than with most airline programs is that all Medallion Qualification Miles (MQMs) earned in 2020 will be rolled over to 2021. This makes earning 2022 Medallion Status that much faster. This includes not only the flights you take on Delta or eligible partners this year but also the spending you put on your Delta cobranded credit cards.

Delta says the extended Medallion Status will be automatically added to SkyMiles accounts on Feb. 1, 2021, with no action required by members.

Note that Medallion members based in the U.S. will still need to earn Medallion Qualification Dollars (MQDs) even if they have the required MQMs for the desired elite status level. For instance, to earn the second-highest Platinum Medallion status, a flyer would need 75,000 MQMs and earn $9,000 worth of MQDs by spending $9,000, before taxes and fees, on tickets. (The spending requirements are waived if you have certain Delta American Express credit cards and spend $25,000 during the calendar year; of $250,000 for top-tier Diamond Medallion.)

But, even with that in mind, getting a jump on earning toward 2021 now by using your Delta Amex credit cards is a strategy worth pursuing by those who chase Delta elite status.

Two Marriott credit cards get you over halfway to Platinum status

As of a few weeks ago, those who have both a consumer and small business Marriott cobranded credit card can now earn 30 elite status nights each year just by having those credit cards with no spending requirement attached. Marriott cobranded credit cards award 15 elite nights per year to cardholders, and now those nights stack if (and only if) you specifically have a consumer and a small business Marriott card. Having two personal Marriott cards would still result in just 15 total elite nights.

Marriott Platinum status -- which can unlock free breakfast, upgrades, etc. -- requires that you earn 50 eligible elite status nights each calendar year, so starting with 30 out of the required 50 nights is a tremendous start. This is especially true since even award night redemptions count toward status, so earning the additional 20 nights over 12 months is doable for many travelers.

You're not wrong if you think it's insane to proclaim that 2020 is a good year to care about travel cobranded credit cards. It is a statement laced with a touch of insanity. For many people, there are indeed more pressing issues right now than maximizing hotel and airline elite status levels with everyday purchases.

However, if your family is doing OK, looking to the future and want to make progress toward elite status that will last you a couple of years while making everyday purchases, there's a surprisingly decent way to invest in your future travel benefits. And you'll be stocking points and miles in your accounts for the future thanks to many temporary changes and bonuses tied to your cobranded travel cards.