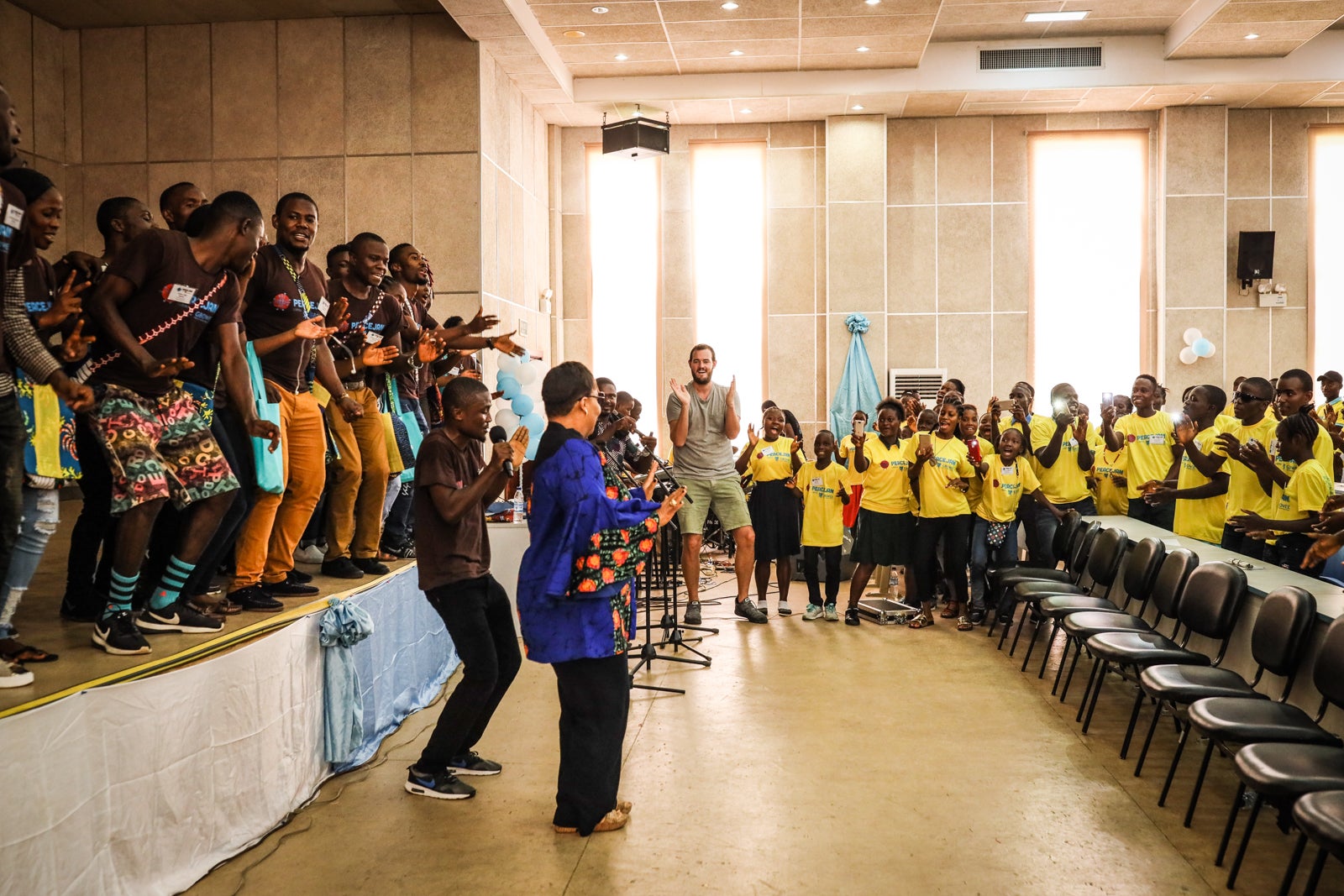 In 2018, I've been focusing on meaningful travel, and a large part of that goes beyond just having memorable experiences with family and friends. It means giving back, and both TPG staff members and readers have worked hard this year to do so, donating over one million dollars to charity!

We hope to dedicate even more time and resources to giving back in 2019 (and every year after that) but first, here's a review of some of the ways we've made a positive impact this year. Of course, we couldn't have done it without the help of our generous and loyal readers, so thank you for making this year a special one and helping TPG help others.

TPG worked with Prizeo to create a campaign where TPG readers were entered to win 1,000,000 United MileagePlus miles and the Trip That Transforms, as well as a trip to New York City with a minimum $10. Thanks to reader donations, we were able to give the Make-a-Wish Foundation a special tribute and a check for $200,000 at the recent TPG Awards.

PeaceJam is an organization close to my heart, and we've been able to work alongside this amazing charity more than ever this past year. The nonprofit has been nominated eight times for the Nobel Peace Prize for its award-winning curriculum and transformational youth leadership conferences that bring young people face-to-face with world leaders.

In 2018, The Points Guy team supported five different conferences in Liberia, Ghana, South Africa, Guatemala and East Timor, working alongside Nobel Peace Prize laureates like Jodi Williams and Rigoberta Menchú. Interacting with the incredible youth who are advocating to improve their countries and change the world has taught me something important: It's never too early or too late to make a difference. It's truly powerful to be part of such an amazing organization, and I can't wait to see how TPG and PeaceJam will work together in 2019 and beyond to promote peace.

Through our work with PeaceJam, I've gotten to know some incredible women, many of whom have won the Nobel Peace prize. One of the most powerful is Leymah Gbowee, who has worked tirelessly to create peace in her home country, which was torn apart by war and violence. She’s the leader of the Liberia Reconciliation Initiative, a member of the Nobel Women’s Initiative, the executive director of the Women, Peace and Security program, a member of Security Network Africa and she even has her own peace foundation, GBOWEE.

Hearing her story struck a cord with me, and that's why TPG has donated $100,000 to the GBOWEE Peace Foundation Africa-USA, in addition to matching donations offered by attendees at our TPG Awards event.

72 hours in Liberia in 60 seconds... we went for the opening of the @gboweepeacefoundation_africa new HQ and @peacejamliberia - we left with a better understanding of our Liberian brothers and sisters ❤️❤️ video @jeanarnas

In many countries, lesbian, gay, bisexual and transidentified people still live in fear for their freedom, their safety and their lives with nowhere to turn as the government and police don't protect them and instead, persecute them. Rainbow Railroad helps these people get out of danger to a safe place far from state-enabled violence and murder.

I'm very proud of the fact that, thanks to TPG's Prizeo campaign with Rainbow Railroad, 20 LGBTQI lives were saved. The campaign, which included many reader donations, raised over $200,000 for the nonprofit.

TPG and readers donated $10,000 toward filling a Norwegian 737 MAX with over 26,000 pounds of supplies for people in refugee camps in Chad. Editor-at-large Zach Honig rode along on the "most important flight of the year" from Norway to Chad, helping to load and unload the supplies.

Donating time and energy can often be just as powerful as donating money. The TPG team flew down to Puerto Rico in early 2018 to help repair damage caused by Hurricane Maria. Not only did we rebuild a few roofs and clean up the beach, but we also stopped by a children's hospital to bring sick kids a little cheer around the festive Three King's Day.

It is hard to put into words how life changing this past weekend in Puerto Rico was. I was lucky to be able to take a majority of TPG employees and work with @seepuertorico, @ketchumpr and @jetblue to bring some incredible influencers who donated their time to bring awareness to Puerto Rico (it’s safe and FUN to visit!), visit the Bayamon Children’s hospital on Three Kings Day and help clean up La Perla neighborhood. Travel is meaningful when you can actually meet locals, make a difference and have some FUN! While Puerto Rico still has a lot of rebuilding to do, I learned one thing for sure- the people of Puerto Rico are resilient and will never be defined by any storm. ??❤️?? @lejuanjames @camilaainc @lemomjames @erubes1 @lesleyannemurphy @phiphiohara @theplanetd @beccaden @jri2 @cgccampos

If there's one thing TPG can always help with, it's miles. We partnered with the Bill & Melinda Gates Foundation to provide five million airline miles to help fly activists associated with women and girls organizations across the globe. We specifically helped women like Nimco Ali, who fights against female genital mutilation. We flew Ali to her home country of Somaliland to advocate for legislation change on FGM.

Sometimes, helping people close to home can be the most beneficial. TPG donated $5,000 to Bethenney Frankel's BStrong campaign to help victims affected by Hurricane Florence here in the US.

Hurricane Florence has hit. There are more than 800,000+ people without power right now who do not have what they need. Please go to delivering-good.org/bstrong to donate & help those affected by this disaster. More information is available on my video on IGTV & my bio. Do not engage with any fake accounts asking you for money. This is my only, verified account & the only way to donate to BStrong. #bstrong #bsafe #thisisacrisis working on the 1st plane trip & cash cards now. Xoxo

Besides the aforementioned organizations, TPG (always with the help of our loyal readers) has also donated time, money and other resources to nonprofits such as Give Kids The World, A-Team Foundation, March For Our Lives and more.

If there's an organization you think would be a great fit for TPG, let us know, and we'll take a look! Here's to having a productive, safe and happy 2019, when we hope to match — or top — our giving efforts in 2019 and beyond. Are you with us?