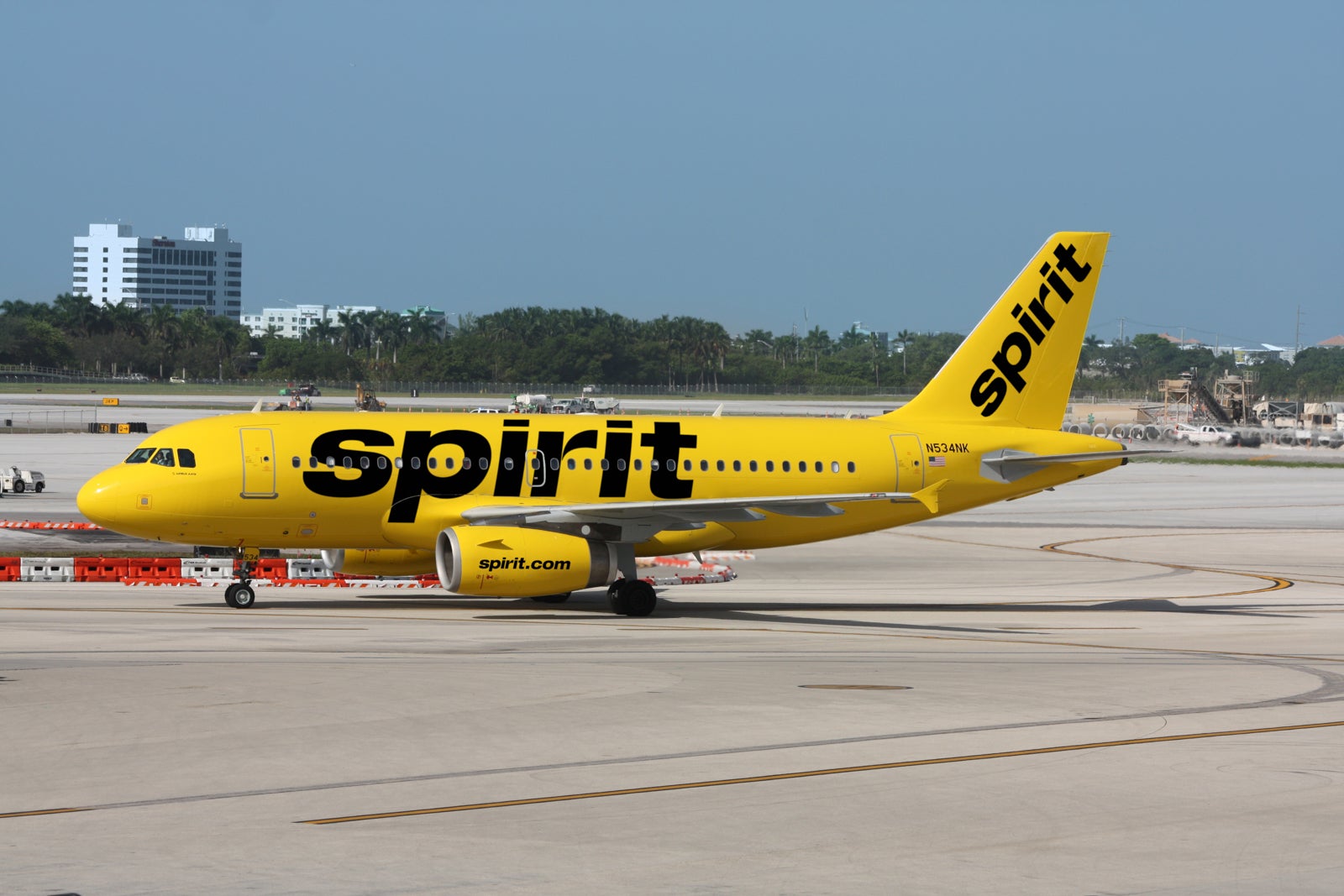 CEO chat: Spirit Airlines sees recovery taking a 'big move in the right direction' in July
This post contains references to products from one or more of our advertisers. We may receive compensation when you click on links to those products. Terms apply to the offers listed on this page. For an explanation of our Advertising Policy, visit this page.

Spirit Airlines is ready to carry all those would-be travelers who, after months of being at home, are eager to hit the beaches in Florida or spend a night out in Las Vegas.

Leisure travelers, the South Florida-based budget carrier's bread-and-butter market, are coming back in a big enough way to allow for a significant return of flying in July. Spirit plans to operate around 550 flights a day next month, or 70% of what it planned before the coronavirus pandemic, CEO Ted Christie told TPG in an exclusive interview.

That makes it a lot easier for would-be travelers to visit the Las Vegas Strip, for example, as with Spirit resumes 14 routes to Las Vegas McCarran (LAS) next month. Austin (AUS), Baltimore/Washington (BWI) and Minneapolis/St. Paul (MSP) are among the Las Vegas routes coming back on line, according to Cirium schedules. In addition, 14 routes to the Caribbean and Latin America are due to resume from Spirit's Fort Lauderdale (FLL) base, barring any changes in local arrival restrictions.

"We’re starting to see the signals that we were hoping to see as demand broadly speaking, but more importantly in Spirit’s segment — leisure, [and] visiting friends and relatives — improves," Christie said. He called the airline's July schedule as a "big move in the right direction."

Spirit will operate one of the most robust domestic schedules among U.S. carriers in July. Compared to 2019, the airline will fly about 86% of what it flew last year — Christie's 70% comment was based off of Spirit's originally planned 2020 schedules — Cirium shows. The number is second only to Allegiant Air that plans to fly nearly 88% of its 2019 schedule.

These robust flying levels reflect Allegiant and Spirit's heavy reliance on leisure traffic, which is widely acknowledged to be returning first. It is also in stark contract to the schedules of American Airlines, Delta Air Lines and United Airlines, which each rely much more on business travelers. The major carriers only plan to fly about 55%, 40% and 38%, respectively, of what they flew in July last year, according to Cirium.

Allegiant and Spirit's relatively rapid return to the skies is not a surprise. Wall Street analysts have repeatedly forecast that leisure travelers will begin flying first as fears of COVID-19 ease, leading to a more rapid recovery for the airlines that primarily cater to this market.

Cowen analyst Helane Becker listed Spirit as one of several primarily U.S. domestic carriers positioned to "win the recovery," in a report on June 3. She cited the airline's leisure-oriented network and young, single-family fleet of 151 Airbus A319, A320 and A321 jets at the end of March.

But, this does not mean Spirit can sit back and relax. The airline has tapped its existing sources of cash, as well as issued $175 million in new shares, and accepted $334 million in payroll assistance from the federal government's coronavirus aid package, the CARES Act. In addition, it has moved to keep its already low costs in check.

Related: Check out Spirit Airlines’ first jet with its new seats and cabin

Spirit continues to outfit new A320neo deliveries with the updated cabin and new seats it unveiled last fall. However, it has suspend retrofits to planes already in its fleet and has no update on its delayed plans to offer inflight Wi-Fi.

The new cabin fittings highlight Spirit's eye-catching black-and-yellow color palette all the way down to the fabric stitching. The seats add what executives tout as "usable legroom" that aims to make flying more comfortable.

In addition, work on a new headquarters near the Fort Lauderdale airport continues, but the timeline may be delayed in an effort to reduce costs.

Efforts to cut costs have not come at the expense of safety onboard. Spirit has doubled down on cleaning the cabins of its aircraft. The carrier is recirculating air through high-efficiency particulate air (HEPA) filters every three minutes, and is requiring all passengers and crew members wear masks onboard.

"We actually think we’re in one of the safest environments you could be in, even your home," said Christie.

One thing Spirit is not doing is blocking seats or capping bookings in the name of social distancing. Christie said he believes the combination of cleaning, HEPA filters and masks are "the right way" to approach safety from COVID-19 onboard. However, travelers are allowed to relocate onboard if a flight has open seats.

The big question for most in the airline industry is how the recovery will play out. J.P. Morgan analyst Jamie Baker has written that an "autumn of discontent" could follow the summer with holiday travel subsiding and many business travelers still grounded. Minimum flight requirements and job protections under the CARES Act expire on Sept. 30 with many expecting a smaller airline industry on the other side.

Asked about a possible decline in demand with the arrival of fall, Christie said Spirit is prepared and would reduce its schedule as it normally does: by cutting flights on off-peak days like Tuesdays and Wednesdays.

Spirit is hedging its bets when it comes to the recovery. While it is ready to flex its schedules down if demand drops again, it could also resume growth above 2019 levels if the leisure-travel led recovery continues, said Christie.

However, he was not willing to "put a stake in the sand" on when he expects Spirit to recover to last year's schedules.

A new look outside and in for this Spirit A320neo

In terms of growth, Spirit still has 10 A320neos due for delivery this year and another 26 in 2021, its latest fleet plan shows. In May, airline executives said Spirit was in "discussions" with Airbus about deferring some of these new jets. Christie reiterated this statement without providing further details.

Spirit was also due to take 11 new A320neos from aircraft lessors this year and next, according to an end-March financial statement.

However the carrier adjusts its delivery schedule, it does not appear ready to slash the number of new jets to zero.

“Prices stimulate activity," said Christie. "It is our view that the recovery itself will come at the lowest fare option” and in the leisure market where Spirit is strong.

This is the second in a series of interviews with airline CEOs on how they are navigating the recovery from the coronavirus pandemic. Read the first installment with Cape Air.