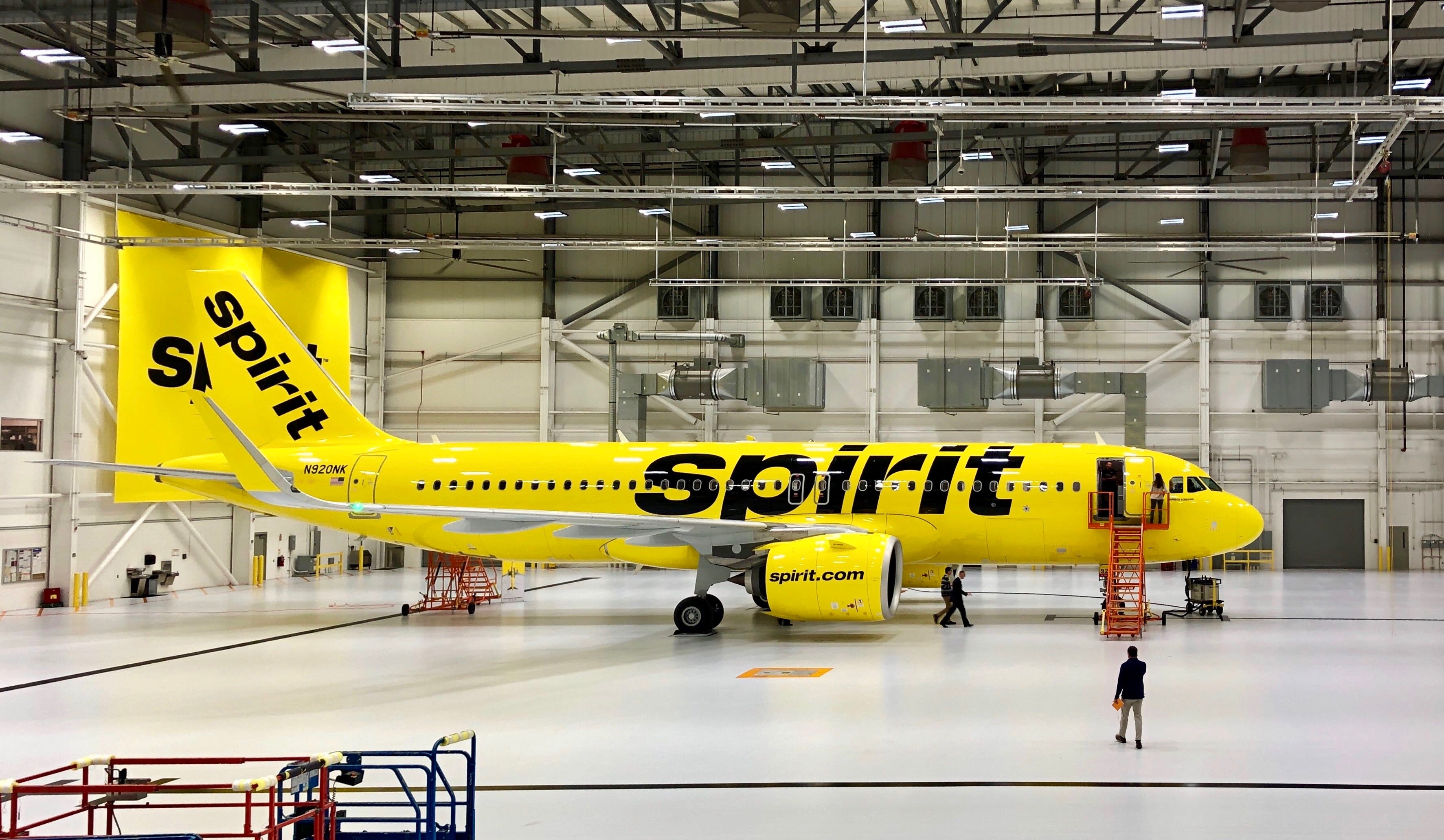 Spirit Airlines delays inflight Wi-Fi to at least mid-2020
This post contains references to products from one or more of our advertisers. We may receive compensation when you click on links to those products. Terms apply to the offers listed on this page. For an explanation of our Advertising Policy, visit this page.

Spirit Airlines will be at least a year late offering passengers inflight Wi-Fi under an updated timeline to begin rolling out the amenity next year.

The South Florida-based ultra-low-cost carrier must re-install Wi-Fi antennas on the 10 Airbus A321 aircraft already outfitted, with an aim to begin equipping the rest of its fleet from next summer, Spirit vice-president of technical operations Kirk Thornberg told reporters at an event in its Detroit (DTW) hangar Dec. 17. Passengers can hope to surf the web from Spirit flights sometime in the second half of 2020, a spokesman added.

That timeline for offering inflight Wi-Fi is more than a year later than Spirit's initial target of connectivity fleet-wide by the end of this summer. Spirit CEO Ted Christie, then the airline's president and chief financial officer, provided the timeline to FlightGlobal when the airline signed a contract with Thales in May 2018.

Thornberg did not elaborate on why the antennas need to be replaced.

Inflight Wi-Fi has become a standard amenity at nearly all U.S. carriers. Ultra-low-cost carriers are the lone outliers, with neither Allegiant Air, Frontier Airlines nor Spirit offering a product that is available on the fleets of major carriers from Alaska Airlines to American Airlines and Southwest Airlines.

Installations on Spirit aircraft began last fall, with hopes that Wi-Fi could be available on select aircraft as soon as Thanksgiving 2018. That laucnh did not occur, despite antenna installations continuing on some nine more A321s.

Inflight connectivity is just one aspect of a larger effort by Spirit to improve its standing with customers. The airline unveiled an updated aircraft cabin with new seats designed to increase what executives call "useable legroom" at the Detroit event. Other investments include improved operating performance, better customer service and, eventually, a new loyalty program.

Related: Check out Spirit Airlines’ first jet with its new seats and cabin

During the first nine months of 2019, 77.9% of Spirit flights arrived on time, and complaints were roughly every three out of 100,000 passengers filed complaints, the BTS data shows.

“This really is a new Spirit,” Lania Rittenhouse, vice president of inflight experience at Spirit, told reporters in Detroit.

Spirit will have plenty of opportunities to demonstrate its improvements to customers. The airline plans to grow by double digits for at least the next two years, and double in size to a fleet of more than 300 aircraft by 2025. It signed a commitment for at least 100 new A320neo family jets in November 2019.

The new black-and-yellow cabins will be on every new aircraft delivery from here on out, including one due Dec. 19, executives said. Spirit aims to have 90 jets outfitted with the do by the end of 2022.

A new look outside and in for this Spirit A320neo