How I plan to socially distance when flying 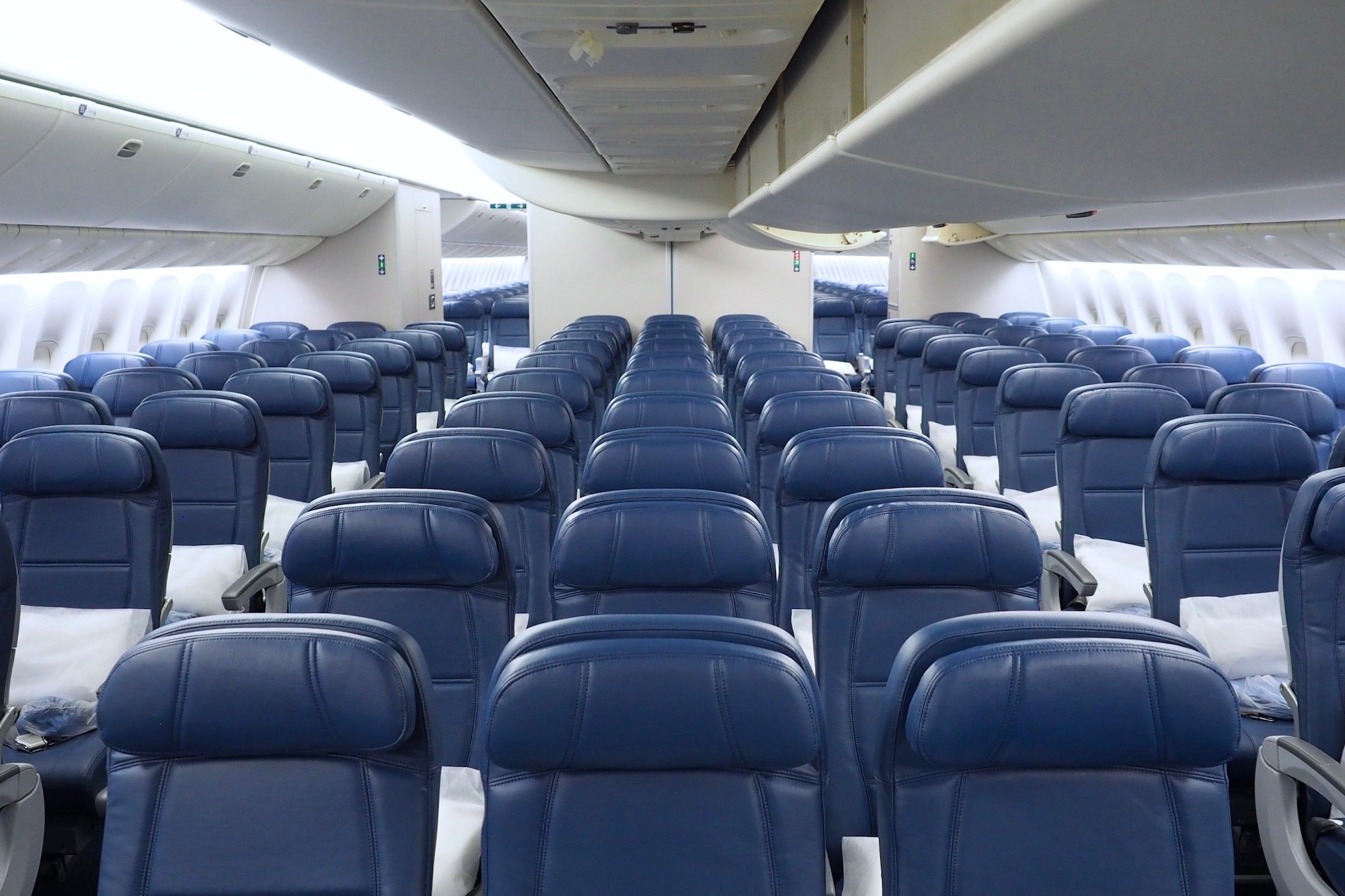 Between airlines ramping up safety protocols and the Department of Defense suggesting that the risk of COVID-19 transmission onboard airplanes is virtually non-existent, I feel much more comfortable getting on a plane today than I did a few months ago.

Nevertheless, to give myself some more peace of mind, I'm taking extra precautions as I return to the skies.

While I don't believe that maintaining six feet of distance is feasible on airplanes, I am still trying my best to socially distance onboard, recognizing that some distance is better than no distance.

Even before the pandemic, I've always preferred flying on wide-body aircraft rather than on single-aisle jets.

Although much more popular in Asia on short routes, we still see these larger aircraft operate some short flights in the U.S. They’ve long been a staple on premium transcontinental flights from the New York area to Los Angeles and San Francisco and are often deployed between other major hubs like New York-JFK to Miami, Los Angeles to Miami, and New York to Atlanta.

These planes were designed to operate long-haul international flights so they are usually equipped the airlines' best onboard products. With American, Delta and United, you can always expect a lie-flat seat when sitting upfront on a wide-body. Aside from the seats being more comfortable than the usual domestic first-class recliner seats, the new configurations feature pod-configurations with direct aisle access, meaning you won't have another passenger directly next to you (read: more space to socially distance).

Related: The best premium cabins for onboard social distancing

For instance, if you're flying American between New York-JFK and Los Angeles in November and have a choice between the Airbus A321T (single-aisle) and Boeing 777-200 (wide-body), you'll want to pick the 777. Although both the A321T and 777 offer lie-flat seats in business class, the 777 offers an all-aisle-access 1-2-1 seating configuration for business-class passengers, whereas the A321T offers a much less private 2-2 configuration (though it also has a first-class cabin with international-style seats). Likewise, if flying United between Newark (EWR) and Los Angeles, pick the 767 over the 757 for your best shot at getting a Polaris-equipped plane.

First off, these planes often feature premium economy cabins (larger seats, with less dense configurations). However, since the U.S. airlines often don't sell premium economy on domestic routes, they're frequently marked simply as extra-legroom economy seats. This means that elites can usually select them for free or you can reserve them for a small premium.

Secondly, although certainly not a guarantee, you have a higher chance of an empty seat next to you. These planes offer a lot more seats and there are fewer people flying right now.

When booking, look for flights operated by an Airbus A330 or A350 or Boeing 767, 777, 787. However, be sure to monitor the aircraft type in the days leading up to departure as airlines often make last-minute equipment swaps.

While the risk of catching COVID-19 on onboard airplanes remains low, one study from MIT found that flights with empty middle seats may significantly decrease risk. Subsequent studies — one from the International Air Transport Association and another conducted by the U.S. Department of Defense — seemed to suggest empty middle seats are less important as long as everyone is wearing a mask. But, to me, having the middle seat empty feels like a meaningful difference. It only gives you about 18 inches of extra distance from your neighbor — well below the recommended six feet of distance — and there's obviously still the risk from passengers seated about 30 inches in front and behind you. But I'd rather have it than not.

Related: The hidden costs of saying goodbye to the middle seat

As of the time of writing, Southwest is blocking seats through Nov. 30, Alaska Airlines and Delta through Jan. 6, and Hawaiian Airlines until further notice. Note that you may still be seated next to someone on aircraft that don't have middle seats or when traveling with family.

JetBlue recently stopped blocking middle seats, but is capping its jets at less than 70% of capacity through at least Dec. 1. Beyond that, the carrier has pledged it won't sell flights to capacity through the winter holidays, but it hasn't specified exactly how many seats will be blocked.

Related: We got an inside look at how Delta is cleaning planes between every flight

I've always been a window person and even more so now. Regardless of what cabin you’re flying, you'll always get the most privacy by the window. You'll never have anyone climbing over you to use the bathroom and won't be exposed to the constant flow of passengers and crew walking up and down the aisle. Plus, who doesn't like a good window view?

Related: The window seat is the best in the air

Sit as far up as possible

Like my coworker Andrew Kunesh, I used to be a big proponent of boarding planes as soon as possible in the pre-pandemic world. This helped ensure overhead bin space and gave me more time to settle in, reducing overall stress. However, that's all changed, and like my other coworker Zach Griff, I now want to spend as little unnecessary time on planes as possible.

Sitting at the front of the cabin will allow me to be the last on the plane and first off.

In response to the pandemic, many airlines have shifted to back-to-front boarding, whereby passengers aren't allowed to board until their rows are called. It's debatable whether that's the most efficient way, but it's safer because it reduces the instances of needing to pass others. Likewise, airlines are trying to deplane in small groups, from front-to-back.

If you don't score a seat up at the front of the cabin at time booking, keep monitoring the seat map or set up a seat alert on ExpertFlyer (which is owned by TPG’s parent company, Red Ventures). Elite flyers sitting in the front of the cabin may be upgraded at the last minute, and if you act quick, you may be able to switch to their original seats.

Related: Earn up to 150,000 Hilton points and a year of the new ExpertFlyer Premium

The combination of enhanced cleaning, wearing a mask and the constant airflow through high-efficiency particulate air (HEPA) filters makes flying safer than a lot of people think. Still, I'm going to take simple precautions to maximize my distance from others.