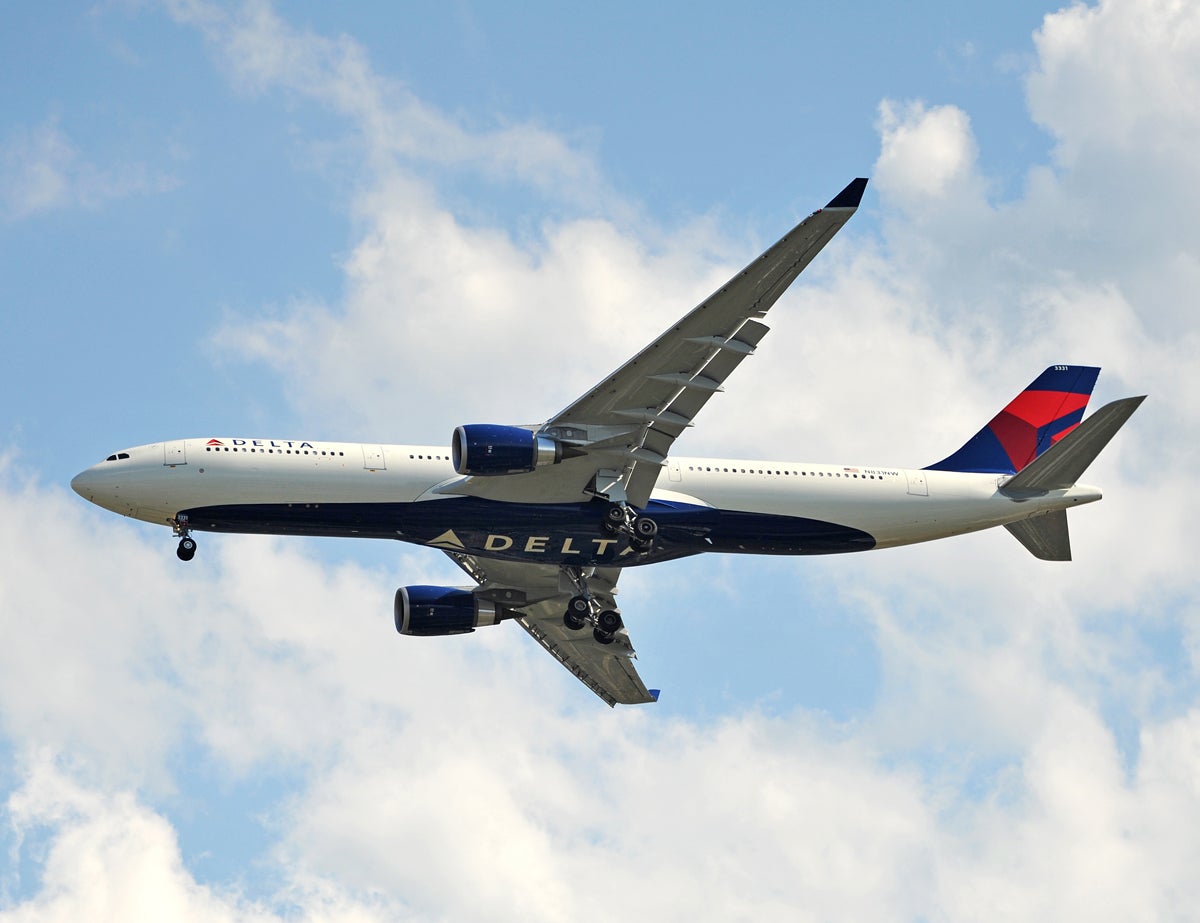 When you decide that you're going to fly again, you'll find that airlines have adapted all parts of the passenger experience to promote social distancing and create a safe environment.

All major U.S. carriers require you to wear masks, and most have adapted the boarding process to maximize space between passengers. But there's one practice that's at the center of my attention. And that's middle-seat blocking.

Some airlines like American and United, along with most of the ultra-low cost carriers, aren't meaningfully capping the capacity of their flights. There's a good chance you'll sit next to a stranger on those airlines. Others, like Delta, JetBlue and Southwest, have imposed capacity caps to give you some more space on board.

For Delta, blocking the middle seat is likely more than just about keeping you safe. Read on for why.

The case for blocking the middle seat

The science is pretty clear. The more space you have from your neighbor, the better.

Intuitively, this makes sense. The fewer interactions you have with other people means that there's less chance of contracting the coronavirus.

One might argue, like the CEO of United did, that blocking the middle seat puts you about 20 inches or so from your neighbor. Which is much less than the six-foot guideline from the CDC. Nonetheless, even if it's not six feet between you and your neighbor, it's certainly better than nothing

Plus, if you're flying, you're naturally going to be comfortable with a little more risk. But if you're looking for the "safest" way to fly, you'll likely choose a carrier that's guaranteeing that the middle seat will remain empty.

Delta's strategy is about convincing you it's safe to fly... with Delta

Delta continues to cap capacity on all its flights in all cabins.

This keeps the middle seat empty for those in coach. It also means that people will be spread out even in the premium cabins.

Delta's two chief competitors, American and United, aren't going to such lengths. As of July 1, American once again began selling planes to 100% capacity (while providing some empty seats around flight attendant jump seats). United never stopped selling planes to capacity during the pandemic.

Delta's message is that the safest way to fly commercially is with Delta. In an internal company memo viewed by TPG, Delta's CEO Ed Bastian wrote that "medical experts we’ve worked with advise that keeping middle seats blocked and limiting capacity makes a real difference in keeping travelers and our people safe on board."

Delta's trying to ingrain the message that among our competition "we are the airline looking after your health."

Related: We got an inside look at how Delta is cleaning planes between every flight

Consistently blocking middle seats is great for building brand loyalty and differentiation in the industry during the pandemic. Indeed, Delta is winning the public opinion.

But it comes at a steep cost that's explained with simple economics. As Delta cuts the supply of available seats, the price is bound to rise, assuming no changes in demand.

Similar patterns are showing in other markets too. In the below example, Delta (and JetBlue) fares are much higher than Spirit's offering from Boston to Atlanta.

Of course, these are limited examples that might be no different from fares in Feb. 2020. But the general concept still applies: Delta needs to command a revenue premium to offset the fact that the middle seat is blocked.

This premium could survive the duration of the pandemic, but once there is a vaccine on the market and demand returns to pre-coronavirus levels, all bets are off. (Then, Delta could once again try commanding a revenue premium for offering an above-average passenger experience with a well-oiled operation.)

Related: Blocked middle seats may stick around for a bit, but not forever

Though it's likely unprofitable to block middle seats, Delta is betting that it will be remembered as the airline that maximized onboard safety during the pandemic.

Once the industry resets post-pandemic, it's hoping that these moves will buy long-term loyalty.

After all, blocking middle seats is definitely safer than sitting next to someone. But once you've decided to fly, is there that much of a difference between flying with a neighbor, when you're both wearing masks, cleaning your seats and breathing in air that went through a HEPA filter?

Even if the difference isn't nearly as big as we might think, Delta's hope is that it'll be known as the airline that cares about you and your safety above all else.

Related: The hidden costs of saying goodbye to the middle seat

There's more nuance to Delta's middle-seat-blocking policy than meets the eye. On paper and according to science, the more distance you have from your neighbor, the better.

That's why Delta is capping the capacity of all its flights through the summer. And Delta is winning the public (and press) opinion as the carrier that's doing the most to keep you safe.

But as we've outlined, this strategy isn't profitable as a long-term solution. Aside from assuaging passengers' fears in the near-term, Delta's hope, in my opinion, is that you'll remember them as the carrier that maximized your safety during a global pandemic.