Articles
Ethan Steinberg has been a frequent flier for as long as he can remember. He went from studying abroad in Paris to moving to Shanghai after graduating college, where he covered all things travel in the Asia-Pacific region for TPG.
Feb. 24, 2021
•
7 min read 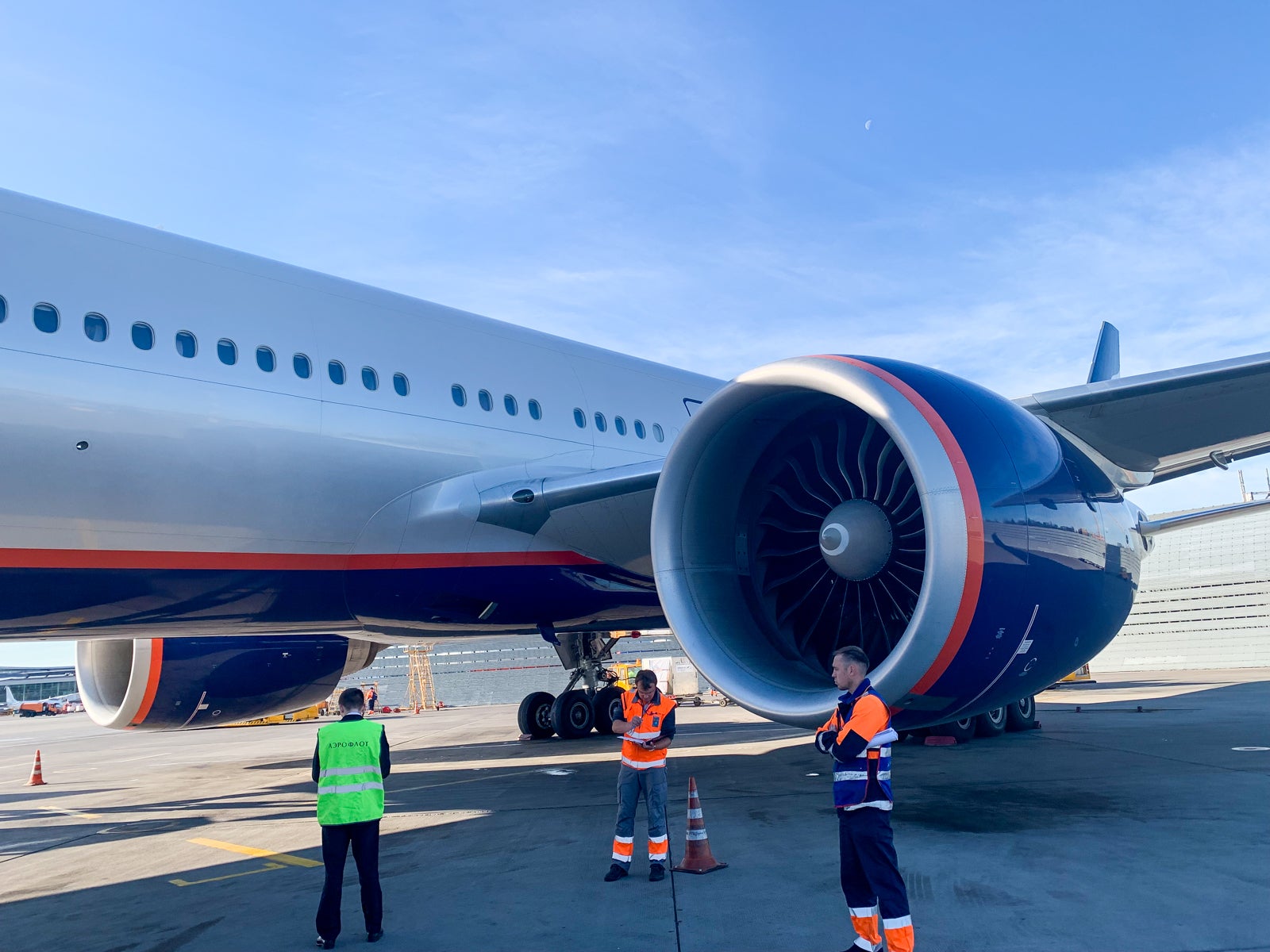 This post has been updated with new information. It was originally published July 2019.

There's a lot of research that goes into planning a vacation, including locking down your travel plans and building out an itinerary on the ground. Many #AvGeeks take it one step further, though, and want to know everything there is to know about the specific plane they're flying on.

I'm not just talking about make and model here (i.e. Boeing 777-300ER), but also what seat configuration the plane has, how old it is, and maybe even who really owns it (hint, it isn't always the airline operating your flight). Today, we're going to take a look at how you can leverage free tools to do this research for yourself.

Note that while the type of plane isn't likely to change on most routes, many of the details involving which specific plane will operate your flight aren't nailed down until 2-3 days before departure as airlines finalize their fleet utilizations plans. Whenever I've written a flight review for TPG, I started looking for the age and tail number of my plane about 48 hours before departure.

Most airlines are pretty consistent in which types of planes they use on most of their routes, especially among long-haul fleets. Some airlines like Thai and Cathay Pacific have a reputation for frequent equipment swaps, but they are the exception and not the rule.

This means that if you're flying from Detroit (DTW) to Seoul (ICN) on Delta, your flight will most likely be operated by one of the carrier's new A350-900 aircraft, whether you're flying next week or months down the line.

How do we know that Delta uses an A350-900 on this route? Most flight search engines (i.e. Expedia, Delta.com, etc.) will show you the type of plane you're booking, but if you're ever unsure you can always use Google Flights to double check.

In order to learn information about the specific plane that's taking you from point A to point B, you'll need to find the tail number. This number is painted near the back of most planes, though some airlines will also paint it on top of the wings.

The tail number begins with a country identification code ("N" for planes registered in the US), followed by the numerical portion. Much like your passport number, this is a great way to look up where the plane has been in the past.

Let's keep using Delta's regular flight between Detroit and Seoul, DL159, as an example. If we head over to flightradar24.com and search for DL159, we can see the aircraft that have recently operated this route and those that are scheduled to in the next few days.

On Feb. 23, DL159 was operated by an A350-900 with tail number N509DN. Our next step is to take that number and pop over to Airfleets.net, and start researching the Delta fleet.

You can search directly with the tail number, or navigate over to the fleet page for Delta and click on the A350 aircraft to learn more. I prefer the second approach because it gives you a little bit more context: instead of just knowing how old your plane is, you can see how it compares to the rest of the A350s Delta operates.

Airfleets.net will also list the aircraft's engine type, which became an especially important detail following United flight 328's engine fire after departing Denver in February 2021. In the case of that plane, N772UA, you can see PW4077 referenced below, indicating that the plane is powered by two Pratt & Whitney 4000 series engines — the type targeted for inspection by the FAA.

You can pull up some other fun details on Airfleets.net, including the fact that Emirates doesn't actually own all of its A380 aircraft. A number of them are leased from airplane holding companies.

Even if you've decided which airline and route you want to fly and how you plan on booking it, choosing the right seat configuration can make or break your experience. United's much-improved Polaris seat is a far cry from the eight-across "dorm style" business class you'll still find on a number of its older 777-200s, for example, and even represents a significant improvement over the airline's 2-2-2 product.

We've written separate guides to help you make sure you're flying the real Polaris, but this strategy boils down to using TPG's sister site ExpertFlyer to check the seat map on your route.

This is especially important, for example, for routes operated by United's 777-200s. While many of these planes feature a new Polaris cabin, the airline's regional configuration still offers the old dorm-style seating, and route assignments can even vary from day to day. Thankfully the difference is very easy to spot. If you see this 2-4-2 layout, you'll probably want to stay away:

A less extreme example would be Singapore Airlines, which operates two versions of its Suites class (a first class product available exclusively on its A380 aircraft). While both versions are aspirational flights in their own right, you'll want to try the new configuration if possible. You can absolutely use ExpertFlyer to check the seat map, but if you know the tail number of the plane operating your flight Airfleets.net can help as well.

Singapore's older A380s feature a 12-seat Suites cabin, which you can see noted as F12 on Airfleets.net for this plane. The A380 with tail number 9V-SKF is the oldest superjumbo in Singapore's fleet, since the airline decided to scrap the first A380 to ever enter service.

Compare this to 9V-SKZ, which was delivered in July 2018. This plane is listed as "F6," which means it has the newer Suites configuration onboard.

Whether you're researching your plane for fun or as part of your trip planning, there are plenty of tools out there to help you find all the information you want. Flightradar24, Airfleets.net, ExpertFlyer and Google Flights are all great tools that every serious traveler should know how to use. Just remember that oftentimes important information like cabin layout won't be confirmed until a few days before your flight.

Featured image by (Photo by Javier Rodriguez / The Points Guy)
Editorial disclaimer: Opinions expressed here are the author’s alone, not those of any bank, credit card issuer, airline or hotel chain, and have not been reviewed, approved or otherwise endorsed by any of these entities.