Qantas to end international flying through May, ground most wide-bodies

Articles
Ben Mutzabaugh is the senior aviation editor and heads TPG’s airline coverage. Ben joined TPG in March 2019 after nearly 19 years at USA Today, where he launched the long-running, industry-leading Today in the Sky blog in 2002.
Follow
March 19, 2020
•
4 min read 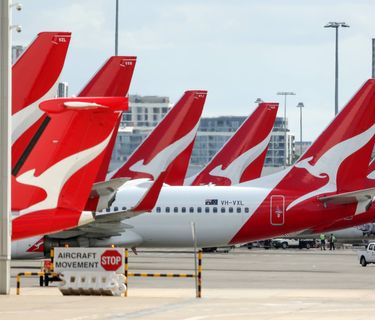 Qantas to end international flying through May, ground most wide-bodies
This post contains references to products from one or more of our advertisers. We may receive compensation when you click on links to those products. Terms apply to the offers listed on this page. For an explanation of our Advertising Policy, visit this page.

The Australian carrier become the latest major airline to announce drastic cuts to its schedule in response to the coronavirus pandemic.

Qantas’ cuts will be major. All international flying will be halted at least until June 1 and the company will temporarily ground more than 150 aircraft, including all of its Airbus A380s, Boeing 747s and Boeing 787s – including those operated by subsidiary JetStar.

“The efforts to contain the spread of Coronavirus have led to a huge drop in travel demand, the likes of which we have never seen before. This is having a devastating impact on all airlines,” Qantas CEO said in a statement issued Thursday morning in Australia. “With the huge drop in revenue we’re facing, we have to make difficult decisions to guarantee the future of the national carrier."

Qantas said it is making the move to slash its schedule as the Australian government is “now recommending against all overseas travel from Australia.” The airline plans to continue its regularly scheduled international flights through “late March” so that the carrier can “assist with repatriation.”

After that, Qantas said international flying “will then be suspended until at least the end of May 2020.”

Some international flying could be added on an “ad hoc” basis, with Qantas adding that it’s consulting with the Australian government about the “continuation of some strategic links.”

Domestic flying also will be hit hard, with Qantas reducing its schedule to about 40% of current levels. For those cuts, Qantas said it would focus on routes that have multiple daily flights. Still, Qantas noted that there would still be domestic route suspensions and that it would postpone “a number of new route launches.”

More:These are the only long-haul routes American, Delta, Hawaiian and United plan to fly in April

From our Qantas archives: Behind the scenes: What it was like on Qantas’ 19-hour Project Sunrise flight

Coupled with the flight cuts is a massive cut to the company’s ranks. The carrier said about two out of every three employees will be “stood down” as it tries to shore up its balance sheet.

“In order to preserve as many jobs as possible longer term, Qantas and Jetstar will stand down the majority of their 30,000 employees until at least the end of May 2020,” the company said.

Qantas said it would attempt to soften the blow for workers.

“Most of our people will be using various types of paid leave during this time, and we’ll have a number of support options in place,” Joyce said in the airline’s statement. “We’re also talking to our partners like Woolworths about temporary job opportunities for our people.

More:Complete guide to traveling during the deadly coronavirus outbreak

Qantas' cuts are just the latest of a series of stunning rollbacks at airlines around the globe. They’ve come as the COVID-19 pandemic has grown in severity.

In the U.S., the nation’s three big airlines – American, Delta and United – all have announced sweeping cuts to both domestic and international schedules. American said it will pare its long-haul service to just three routes: two from Dallas/Fort Worth (London and Tokyo) and one from Miami (London).

Severe reductions have come elsewhere, too.