Exciting New Airline Routes for May 2019 and Beyond

Articles
Kaeli Conforti is a digital nomad and has been backpacking solo around Southeast Asia, Australia and New Zealand since January 2018. She loves inspiring others to travel the world and create their own adventures.
Follow
May 31, 2019
•
21 min read 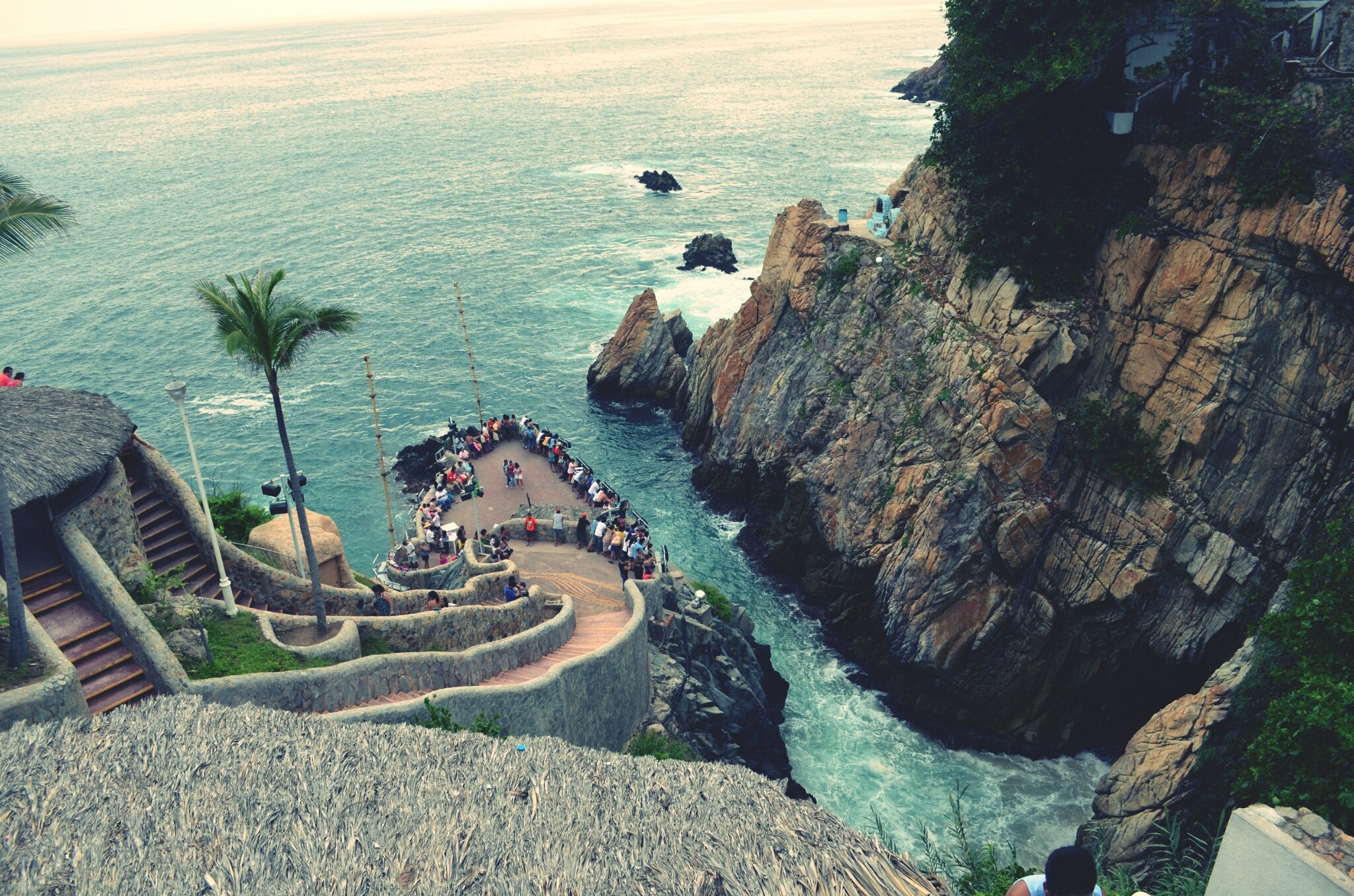 NEW ROUTES LAUNCHED IN MAY 2019

Details — Southwest launched several nonstop routes this month, including daily flights from San Jose (SJC) to Honolulu (HNL) on May 5, daily service from SJC to Kahului (OGG) on May 26, one-stop flights from Oakland (OAK) and SJC to Kona (KOA) on May 12 — note that you'll have to connect in HNL and the OAK-KOA route runs thrice daily while the SJC–KOA route runs twice daily — and inter-island flights between HNL and KOA, offered four times a day as of May 12. The carrier also announced plans to add Hilo (ITO) to its lineup later this year so we'll keep you posted once more details are released. At the same time, ultra-low-cost carrier Sun Country launched its own nonstop service from San Francisco (SFO) to Honolulu (HNL) on May 18, offering flights four times a week on Thursday, Friday, Saturday and Sunday aboard its Boeing 737s.

Fly From Boston to Madrid on Norwegian Air (launched May 3)

Details — On May 3, Norwegian Air began offering nonstop service from Boston (BOS) to Madrid (MAD), giving travelers the chance to hop across the pond three times a week on Tuesday, Thursday and Saturday aboard the carrier's 787 Dreamliner. Summer is a great time to visit Spain's vibrant capital city — just try not to make any of these silly tourist mistakes while you're there.

Details — On May 13, El Al launched a new nonstop flight from San Francisco (SFO) to Tel Aviv (TLV), operating twice a week on Monday and Wednesday courtesy of the carrier's 787-9. The airline also announced this month that it would soon be launching a new mileage partnership with Alaska Airlines, allowing flyers to earn Alaska miles on El Al flights starting July 1, 2019. New routes to TLV from Las Vegas (LAS) and Chicago (ORD) are also on deck for June 2019 and 2020, so that's definitely something to keep an eye on as well.

Alitalia Adds Flights From Washington, DC, to Rome (launched May 2)

Details — It's been an interesting month for Alitalia, which may soon be entering a joint venture with Delta, Air France and KLM to help the long-suffering airline stay alive. Its latest route between Washington, DC (IAD), and Rome (FCO), which launched May 2, operates five times per week on Sunday, Monday, Thursday, Friday and Saturday, letting travelers from the East Coast visit the Eternal City aboard the carrier's A330-200 aircraft.

Details — Big news for those based in Boston (BOS): It's now easier than ever to fly to Edinburgh (EDI) and Lisbon (LIS) thanks to a pair of new routes launched by Delta on May 23. Both flights are operated by the carrier's 757 on a daily basis. Note that there do seem to be a few deviations in the schedule for the BOS–LIS option.

Boston to Lisbon (daily, with slight deviations in flight times):

New Flights to Frankfurt and Zurich on United, Lufthansa and Edelweiss Air (launched May 2, 3 and 22)

Details — Star Alliance fans take note: United, Lufthansa and Edelweiss Air all launched new routes between the US and Europe this month just in time for summer. United's new flight from Denver (DEN) to Frankfurt (FRA), launched May 2, runs daily year-round aboard the airline's 787. Lufthansa's new nonstop route from Austin (AUS) to FRA, launched May 3, operates all year long five times per week on Sunday, Monday, Wednesday, Friday and Saturday, and is serviced by the carrier's A330-300. Affiliate Edelweiss Air's new seasonal link between DEN and Zurich (ZRH), launched May 22, runs twice per week on Monday and Friday, and uses the carrier's A340-300.

Details — American Airlines made news this month when it began several year-round and seasonal routes around the US, as well as two international flights from the US to Athens, Greece (ATH), and Santiago, Cuba (SCU). Other notable additions include new hops between Dallas (DFW) and Myrtle Beach (MYR), Washington, DC (DCA), to Melbourne, Florida (MLB), and a slew of new flights from New York (LGA) to Daytona Beach (DAB); Asheville, North Carolina (AVL); and Columbia, South Carolina (CAE), among others. While most of the new options are being operated on a daily, year-round basis, the few that feature seasonal or weekend-only service have been noted below.

Details — Travelers on the East Coast hoping to visit Europe and Israel this summer are in luck thanks to several new seasonal routes launched by United Airlines this month. Daily service from Newark (EWR) to Athens (ATH) and Naples (NAP) commenced May 22, as did new daily nonstop flights from Washington, DC (IAD), to Edinburgh (EDI) and Barcelona (BCN). Also new this month: twice-weekly service from IAD to Tel Aviv (TLV), which runs Sunday and Friday, and a daily nonstop seasonal flight to St. Thomas in the US Virgin Islands (STT) from Houston (IAH).

Details — Folks in the Raleigh-Durham (RDU) area, get ready to travel! Spirit Airlines launched seven daily routes from RDU on May 2, connecting the booming North Carolina metropolis to Baltimore (BWI) — you can expect twice-daily service on that one — Boston (BOS), Detroit (DTW), Orlando (MCO), Fort Lauderdale (FLL), New Orleans (MSY) and Chicago (ORD) all year long. New to Spirit Airlines? You might want to read this handy little primer before you fly.

NEW ROUTES ANNOUNCED IN MAY 2019

Details — Low-cost carrier Norwegian Air announced this month its plans for a new connection between San Francisco (SFO) and London's Gatwick Airport (LGW), which would operate four times a week on Sunday, Tuesday, Thursday and Friday starting October 27. Note that Google Flights shows there are slight variations in the schedule on Sunday and Friday vs. Tuesday and Thursday, so plan accordingly.

Level to Launch Las Vegas to Paris Route This Fall

Details — As Audrey Hepburn once said, "Paris is always a good idea." So if you're on the West Coast, it's time to start planning your dream trip to the City of Light. Low-cost transatlantic carrier Level is slated to start twice-weekly service between Las Vegas (LAS) and Paris' Orly Airport (ORY) on October 30. The new flights will be operated by the carrier's A330-200 on Sundays and Wednesdays, so get packing!

Details — It's been a busy month for American Airlines, which announced a ton of new routes slated for September, November and December this year. Among the most notable are a second flight on Wednesdays from New York (JFK) to St. Kitts (SKB), twice-weekly seasonal service from Dallas (DFW) to Acapulco (ACA) and Huatulco (HUX) in Mexico and Saturday seasonal service from Chicago (ORD) to St. Lucia (UVF). The planned flights, listed below, are to be run year-round except where seasonal service has been noted, and will be operated by a mix of the airline's CRJ-200, E-140, 757, 737-800, CRJ-700, A319, E-145 and E-175 aircraft.

Coming This Winter: New Flights From Boston to Miami on Delta

Details — Winter is coming, as they say, so what better way to sneak away from the soon-to-be frozen tundra of the north than with a trip to Miami (MIA)? Starting December 21, travelers in the Boston (BOS) area will be able to do just that thanks to an upcoming Delta route slated to run twice a day aboard the carrier's A320. Delta's also planning to increase service from the Northeast to warmer spots around Florida and the Caribbean just in case Miami isn't exactly your scene.

Details — China Southern announced earlier this month that it would soon be offering nonstop service between New York (JFK) and Wuhan (WUH) in Central China, with flights expected to operate three times per week on Monday, Thursday and Saturday aboard the airline's 787-9. Note that while it's set to launch July 10, 2019, flights actually begin to appear on June 27, 2019 when you search for the new route on Google Flights.

Related stories
Round-trip flights to London from US as low as $346
What are points and miles worth? TPG’s October 2022 monthly valuations
Alaska Mileage Plan top-tier members get intriguing choice of perks for 2023
The newest airline collectible is out: KLM’s 103rd Delftware miniature house
Featured image by Getty Images/EyeEm