Articles
Nick Ewen is a director of content at TPG and was one of the site's first contributors in 2012. He’s visited 52 countries (and counting) and has taken his 7-year-old daughter to 24 of them.
Follow
May 13, 2019
•
6 min read 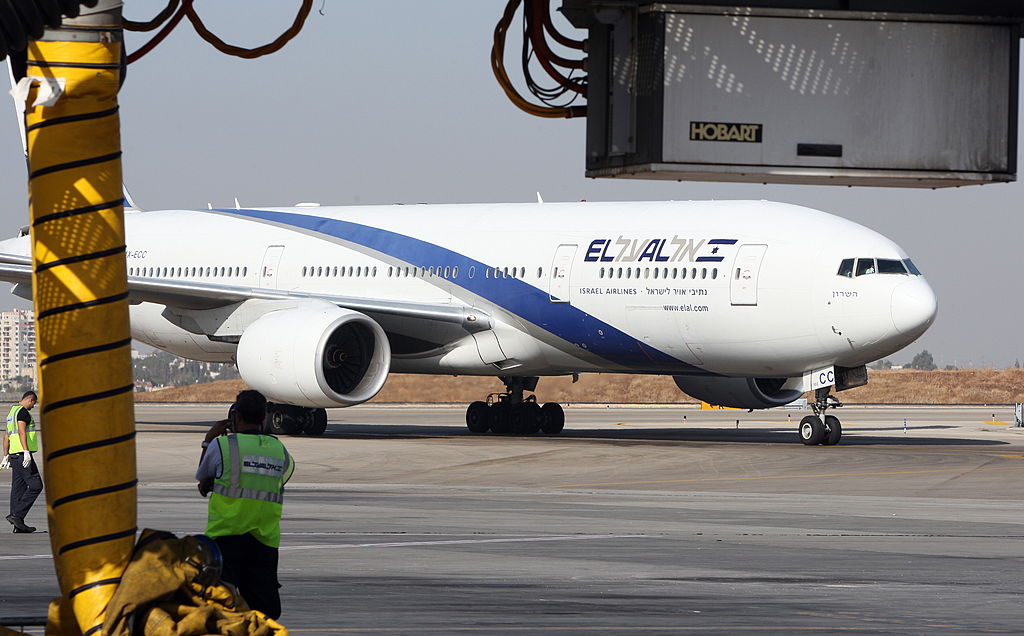 Alaska Airlines is one of the most valuable mileage currencies in TPG's monthly valuations thanks to the diverse array of partners and valuable rewards it provides. Rather than being a part of an alliance, the carrier has inked deals with individual airlines for earning and/or redeeming Mileage Plan miles. And today, Alaska has formally announced a new partner.

Starting July 1, you'll be able to earn Alaska miles on flights operated by El Al. This is a terrific development for anyone with paid El Al flights to Israel, and it'll hopefully expand to award tickets in the future as well (though details aren't currently available for that possible side of the partnership). Assuming it does go live at some point, it'll represent a massive step forward for those looking to redeem points and miles to get to Israel. El Al hasn't always had the most up-to-date in-flight product, but the carrier's new 787 is a major step up in this regard.

Let's dive into the details of this partnership in its current form.

The chart for earning Alaska miles on El Al-operated flights matches the one that was accidentally published last last week, and it applies to all paid fare classes, though naturally deeply-discounted economy tickets will accrue at a much lower rate based on the distance of the flight.

What's especially interesting is that the mileage-earning chart lists P class as an eligible Premium Economy fare, even though that's the fare bucket El Al uses for Premium Economy awards and upgrades according to ExpertFlyer.

The other award and upgrade classes aren't listed in the above chart and are thus not eligible for mileage accrual.

It's also worth noting that base miles and class of service bonuses will count towards elite status qualification, giving you yet another airline to help you earn or requalify for Alaska MVP elite status.

This is (of course) the most anticipated aspect of any new partnership, and unfortunately we don't yet have any details on using Alaska miles on El Al. Instead, there's a cryptic message that indicates this will come in the future:

"Award redemption isn’t available at this time, but will be at a later date."

The press release announcing the partnership specifically highlights the upcoming ability to redeem El Al's Matmid miles on Alaska flights. However, it doesn't even mention the other way around. We reached out to Alaska for confirmation on these items and were told that "Mileage Plan members will be able to redeem miles on El Al at a later date, to be announced," so as of now, you're limited to earning Alaska miles on El Al flights.

Once the redemption ability goes live, it'll be interesting to see how these award rates compare to Qantas Frequent Flyer, the other main option for booking El Al award flights. Qantas partners with both Citi ThankYou Rewards (1:1 transfer ratio) and Capital One (2:1.5 transfer ratio), giving US-based flyers a number of ways to book these flights using credit card rewards.

Here's a list of the current (or planned) US destinations to which El Al operates from Tel Aviv (TLV):

Given that both Los Angeles and San Francisco are Alaska hubs (since its merger with Virgin America), you'd hopefully have a variety of ways to get from the US to Israel with just a single stop through this new partnership.

Since Qantas uses a distance-based award chart rather than region-based (like Alaska's), here's how nonstop, one-way awards between the above cities and Tel Aviv price with Qantas points:

These are relatively high for one-way award tickets to the Middle East compared to other major loyalty programs, so hopefully Alaska's rates will be more affordable.

Alaska Airlines is one of the most valuable airline currencies out there, and adding an additional partner is always a great development. While El Al isn't exactly a major carrier compared to some of Alaska's other international airline partners, the addition of El Al from an earning standpoint as of July 1, 2019 is a great development for US-based travelers.

However, it remains to be seen exactly how this new partnership will help with award travel to Israel, as redemption is not currently available. Fingers crossed it will open up a new, more affordable award option for these flights.

This article has been updated with confirmation from Alaska that award tickets will be available on El Al at a later date.