Articles
Ethan Steinberg has been a frequent flier for as long as he can remember. He went from studying abroad in Paris to moving to Shanghai after graduating college, where he covered all things travel in the Asia-Pacific region for TPG.
March 11, 2019
•
4 min read 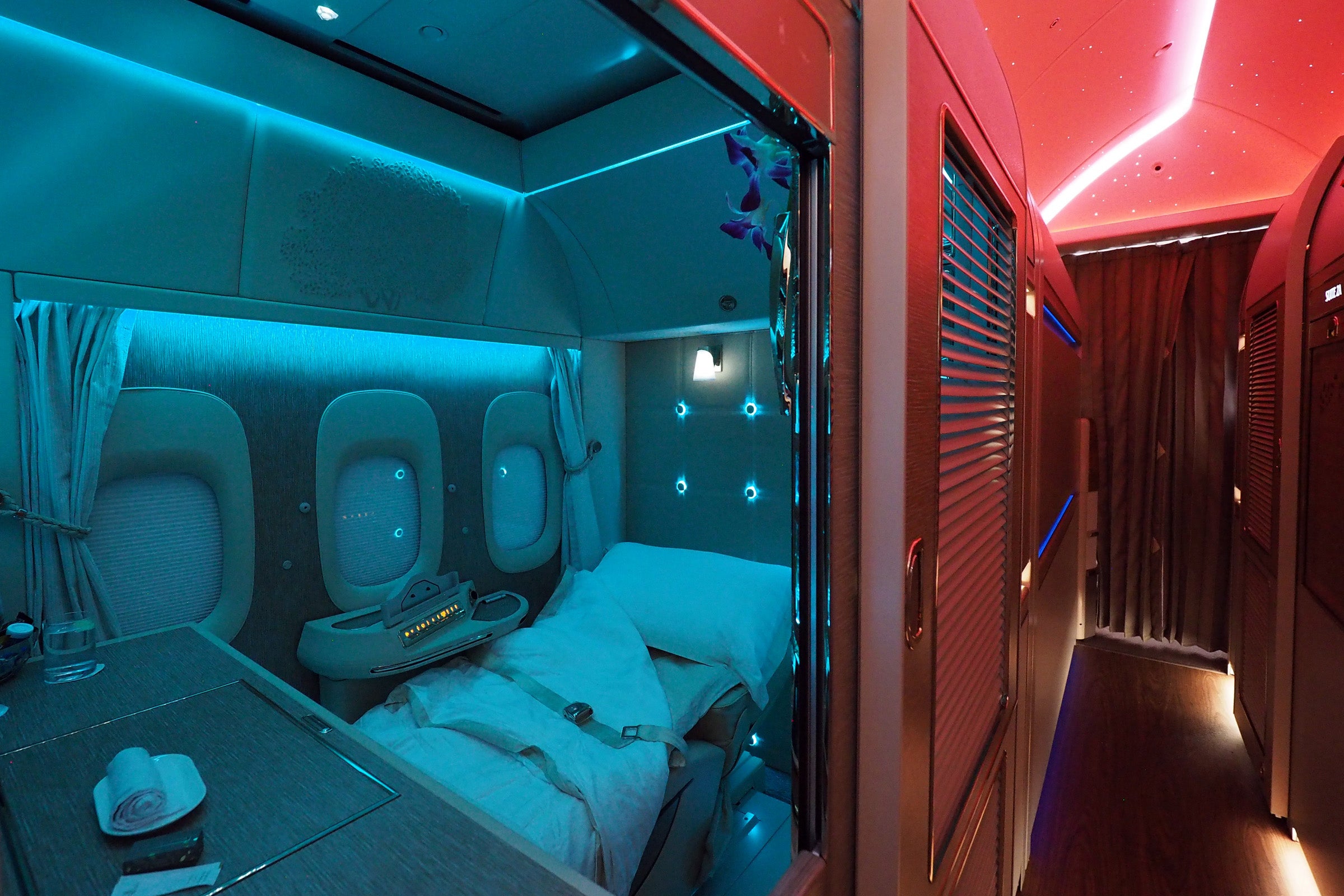 Emirates Releasing Last-Minute First Class Award Space for Its New 777 Suites
This post contains references to products from one or more of our advertisers. We may receive compensation when you click on links to those products. Terms apply to the offers listed on this page. For an explanation of our Advertising Policy, visit this page.

If there's one airline in the world that doesn't need to innovate further, it's Emirates, which won adoration from travelers worldwide with its gold-studded first class suites and onboard showers on its A380 aircraft. Yet innovate is exactly what Emirates did in 2017, with a complete redesign of the first class experience on select Boeing 777-300ER aircraft.

The stunning new cabins feature floor to ceiling closing doors and a host of technological improvements.

The middle seats are even outfitted with high-definition virtual windows that use exterior cameras to offer a crisp view of the outside world.

Emirates began by installing this product only on newly-delivered 777 aircraft and has been slow to roll it out to the rest of the fleet. You'll only find this revolutionary seat on a limited number of routes, from Dubai (DXB) to cities such as Brussels (BRU), Geneva (GVA) and Vienna (VIE). While Emirates first class awards have gotten much harder to book in recent years, for a long time Emirates was blocking all first class award space on planes featuring this new cabin.

It appears that this is changing, and Emirates has begun to release some first class award space for this new product. A TPG reader emailed to let us know that he successfully ticketed a flight through Japan Airlines Mileage Bank. However, this space is only showing up 24-48 hours before departure.

Thankfully ExpertFlyer makes it easy to set an alert in case space does become available. You'll also want to use ExpertFlyer to double-check the seat map before booking. If you see the six-seat configuration shown below you're good to go with the new suites, but if you see eight seats in a 1-2-1 layout you'll be on the "old" first class (which still features opulent suites with closing doors).

If you're booked on a business class Emirates award ticket on one of these new planes, you should definitely keep an eye on ExpertFlyer as your departure date approaches in case award space opens up in first class. Here are the fees to change your award ticket for a couple of popular programs for booking Emirates awards:

Unfortunately, Alaska Airlines doesn't publish an award chart for Emirates between the Middle East and Europe, the only routes that currently use the updated suites. As a result, you can't use Mileage Plan miles for this first class product until the carrier expands to other regions.

And in the mean time, here are a few TPG reviews of Emirates first class to help pique your excitement:

Pursuing Perfection: Emirates First Class on the A380 From New York to Dubai