Articles
Ethan Steinberg has been a frequent flier for as long as he can remember. He went from studying abroad in Paris to moving to Shanghai after graduating college, where he covered all things travel in the Asia-Pacific region for TPG.
Feb. 15, 2019
•
10 min read 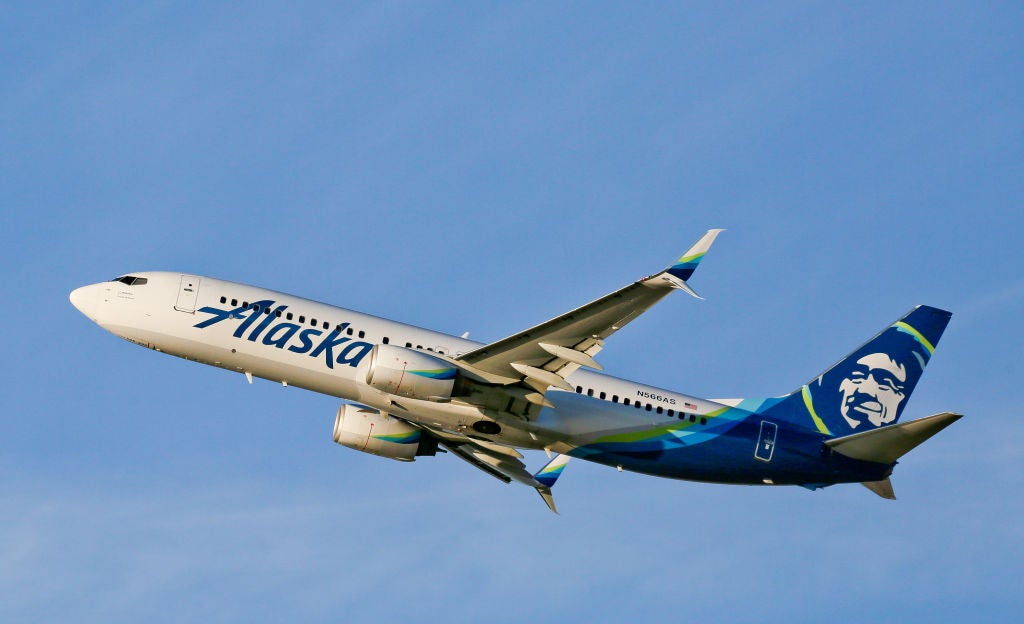 Despite not being a member of one of the three major airline alliances, Alaska Airlines has built its Mileage Plan loyalty program into one of the most lucrative in the industry by cobbling together an impressive array of partnerships with individual airlines. Mileage Plan miles are relatively hard to earn, but once you get your hands on them, they can open the door to some truly amazing sweet spot redemptions.

Unfortunately it's slightly more complicated than that, so today we'll take a look at the various Mileage Plan award routing rules you need to know when you go to book your next Alaska award flight.

Award travel is frequently discussed as "free," though this isn't an accurate characterization. Every award ticket you book will include some form of taxes and fees, whether they are imposed by the operating carrier and passed on through the program you're using to book the award or put in place directly by the frequent flyer program through which you are booking. You can find full details on the fees imposed by Alaska Airlines at this link, but they include the following:

Phone booking fee: When you call to book an award, you'll need to pay $15, though it is waived for MVP Gold and MVP Gold 75k members. It's also waived if your itinerary isn't bookable online, which would apply to any award ticket with flights operated by LATAM or Cathay Pacific.

Partner award booking fee: Every new partner award you make using Alaska miles is subject to a $12.50 fee. This is each way and per person, so if you're traveling with a family of four on a round-trip partner award, you're looking at an additional $100 total.

Change/cancellation fee: Alaska used to be one of the most flexible carriers with changes, but this shifted in 2018. You'll now pay $125 to change or cancel an award ticket, though this fee is waived for MVP Gold and MVP Gold 75K travelers.

Taxes, fees and surcharges: You'll also need to pay any government-imposed taxes and fees on Alaska award tickets, though thankfully the carrier only imposes fuel surcharges for British Airways-operated flights.

As noted above, Alaska doesn't belong to one of the three major alliances, instead striking partnerships with individual airlines. Here is the current list of these partners:

However, unlike most other carriers, there's a key restriction when it comes to booking award flights on these partners. You can't combine more than one of them on a single itinerary. We'll cover this in more detail down below.

Another complicating factor in the Alaska Mileage Plan program is that it doesn't use a single award chart. Instead, every partner has its own award rates for flights between certain regions. You can access these at this link. To use, simply select your departure region and destination region, and all available charts will populate at the right.

There's another aspect of Alaska's award chart that adds even more complexity: you can't redeem Alaska miles on every single flight operated by its partners. If there's no award chart online for your preferred airline between your origin and destination, it can't be booked as an award ticket through the Mileage Plan program.

It's hopefully apparent by now that Alaska has some nuances when it comes to booking award tickets, so let's take a closer look at what you are (and aren't) allowed to do when you redeem your Mileage Plan miles.

As noted above, Alaska doesn't allow you to book two or more partner airlines on a single award itinerary. However, you can add a connecting Alaska-operated flight before switching to an international carrier.

For example, let's say that you were trying to book an award flight from Dallas-Fort Worth (DFW) to Tokyo-Narita (NRT) or Tokyo-Haneda (HND). As an American hub, you'd assume that there would be plenty of options, but once you factor in the single-partner restriction, it becomes a bit harder. If you take an American flight out of DFW, you must continue on an American flight to Tokyo. On the other hand, if you flew Alaska from Dallas-Fort Worth to Seattle (SEA), you could then connect to a JAL flight from there to Japan.

In practice, this doesn't present a massive hurdle unless you're trying to fly from an airport in the US with no Alaska service. In that case, you'd likely need to book a separate positioning flight to access the long-haul partner award.

Another important restriction involves the specific routes its partners operate. To put it simply, Alaska must publish an award chart online for your preferred carrier between the two regions you're using in order to use miles to book those flights. It doesn't matter if the partner operates flights on those routes. No award chart = no possible award.

Here's an example. Let's say you wanted to fly from Europe to the Middle East using Alaska miles. You probably think of Emirates, given its hub in Dubai (DXB) and partnership with Alaska, though you also have British Airways as another European partner in the Mileage Plan program. However, if you select Europe as your departure region and the Middle East as your arrival region, you'll see just a single award chart populate, for Finnair:

Alaska's partners offer multiple daily flights to the Middle East from dozens of airports across Europe. You just can't use Alaska miles to book them on airlines other than Finnair.

However, if you wanted to fly from New York-JFK to Dubai via Europe, it is possible, because Alaska publishes an award chart for both Emirates and British Airways on this route.

Alaska also requires you to take a "logical" routing when you redeem your miles. In other words, you can't take routings that are completely out of the way, like flying from the US to Hawaii via Asia or from the US to Mexico via South America. In all honesty, the aforementioned restrictions (single partner and excluded routes) essentially keep you in line with this one.

Finally, there are some restrictions to Alaska award flights that only apply to specific partners. The biggest example of this is Korean Air. When you redeem your Alaska miles on Korean-operated flights, the following restrictions are imposed:

These extra terms aren't always well advertised, hidden in the footnotes of the award charts page. My suggestion? When you're exploring the Alaska award chart between two regions, scroll down to the bottom and make sure you aren't planning a trip that would be impossible using your Alaska miles.

Despite these restrictions, Alaska does give you some valuable flexibility when you're ready to use your miles. For starters, the impact of the single-carrier requirement is lessened significantly by the fact that you are allowed to book one-way awards (though bear in mind that one-way awards on Korean Air price at the round-trip level). The ability to combine one-way awards essentially means that you can also book an effective open jaw itinerary. For example, you could fly from Los Angeles to Tokyo-Narita on JAL and then return from Hong Kong (HKG) to Los Angeles on Cathay Pacific (as long as they are booked as separate tickets).

However, there's another incredible aspect of Alaska's redemption scheme that allows you to extend the value of your miles.

When you redeem Alaska miles, you're allowed one free stopover, even on one-way tickets. This is a great way to break up longer trips, such as Australia, India or South Africa, and see a second city with no added cost. If we take the example above, there's no need to stop your outbound trip in Tokyo. Stop there for however long you'd like, then add the connecting flight from there to Hong Kong.

There are a few restrictions to be aware of here, though they're fairly minor. If your stopover is on an international or partner-operated flight, it typically can only be in the hub city of that partner (e.g. Hong Kong for Cathay Pacific). This means if you're planning a trip to one of these cities, you might be able to add another destination in a different region for not that many more miles.

A prime example of this involves one-way awards from the US on Cathay Pacific. Prices to Hong Kong are very reasonable, but for a small and manageable mileage premium you could continue on to Sydney (SYD) after enjoying a lengthy stopover in Hong Kong:

Note that with the exception of Cathay Pacific and LATAM awards, these stopovers should be bookable online. Simply click on the advanced search page and perform a multi-city search and you can book your free stopover all by yourself.

In the case of Cathay Pacific and LATAM awards, you'll need to search for space on another Oneworld search engine like British Airways, Qantas, or Cathay Pacific Asia Miles before calling Alaska to book. In my experience, if you find the award space yourself and have the dates and flight numbers ready to feed to the Alaska agents, they are incredibly competent at booking your award quickly.

In order to get the most value out of your Alaska miles, you really need to spend some time studying its sweet spot redemptions and routing rules. Unlike other major US airlines (where you can simply input an origin and destination), Alaska's hodgepodge set of partners requires some effort in order to utilize for maximum value. Its routing rules are generally straightforward and not too onerous, and the free stopover (in my opinion) more than makes up for any additional restrictions these rules impose. If you weren't planning to already, you should absolutely add a stopover to your next Alaska redemption and see a new city for no extra cost.