Delta CEO talks recovery, says we 'have no documented transmissions onboard our aircraft' 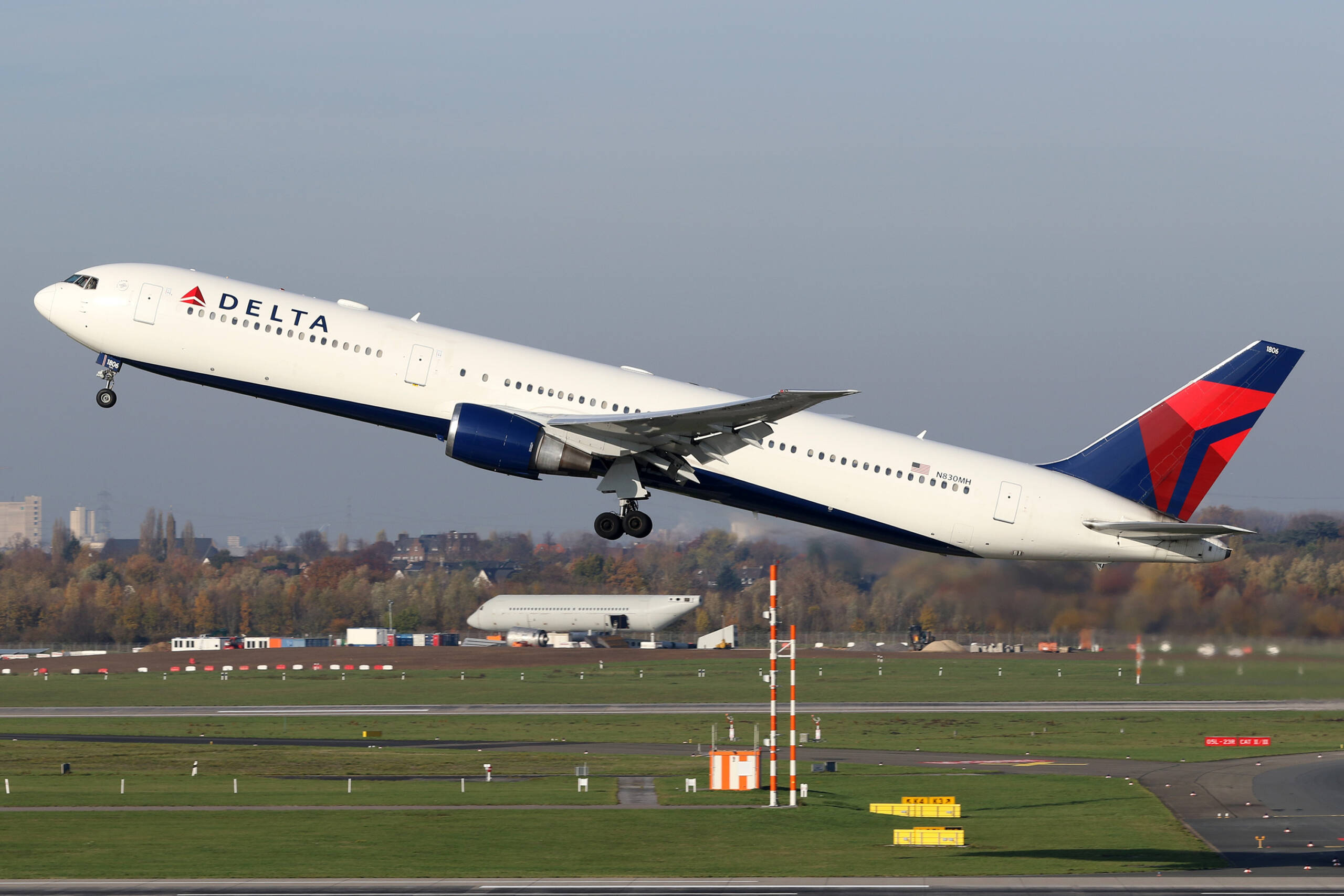 Delta Air Lines is maintaining its focus on restoring traveler confidence in flying even as losses mount and some key financial targets slide into 2021.

The Atlanta-based carrier stands by its plan to block seats into January, enforce mask requirements and continue other cleaning initiatives in getting flyers back onto planes, Delta executives said during a second quarter earnings call on Tuesday.

“We carry at Delta more than one million people per week and have no documented transmissions onboard our aircraft," said CEO Ed Bastian, citing recent findings by the International Air Transport Association (IATA) during the call.

Another confidence-boosting measure Delta is looking at are pre-flight rapid testing to open up air "corridors" with its international partners. While executives provided few details, in practice this could mean opening up travel between the U.S. and hubs in places like Amsterdam (AMS) and Seoul Incheon (ICN) to far more people.

Bastian had previously mentioned the possibility of "immunity passports" for international travel. However, pre-flight rapid testing has emerged as a more popular idea to stop the spread of COVID-19 than said passports.

But all of the confidence boosting measures in the world will not get Delta to its financial targets as quickly as it would like. The airline's aim to eliminate daily losses slipped to spring from the end of the year as the return of travelers has slowed post-Labor Day. And U.S. domestic travel is forecast to be down 60% to 65% during the final quarter of 2020.

Related: Risk of coronavirus on planes less than getting struck by lightning

There are some green shoots. Delta will continue to slowly resume flying — particularly from its core Atlanta (ATL), Detroit (DTW), Minneapolis/St. Paul (MSP) and Salt Lake City (SLC) — on the back of returning flyers during the fourth quarter. The airline plans to fly about 40% to 45% of what it flew a year ago, at least three points more than during the three months ending in September.

And airline executives pointed to positive booking trends around the Thanksgiving and year-end holidays that give them hope.

“We’re seeing slow, week after week, month after month, progress in bringing people back to air travel," Bastian told staff during an employee Town Hall on Tuesday viewed by TPG.

Delta will be smaller for at least two years

A repeated theme from leaders at Delta is that the airline will remain smaller for some time to come. This is something they have reiterated since March and acted on by moving fast to retire planes and delay new jet deliveries as they unveiled on Tuesday.

Delta has resumed flying based on "where people want to go," as senior vice president of network planning Joe Esposito put it at the Boyd International Aviation Forecast Summit on Sept. 12. That has translated into 80% of what the airline is flying today going through its four core hubs and coastal bases — Boston (BOS), Los Angeles (LAX), New York John F. Kennedy (JFK) and LaGuardia (LGA), and Seattle (SEA) — coming back much more slowly.

The airline's focus cities are among the hardest hit. Many of Delta's non-hub routes from Austin (AUS), Cincinnati (CVG), Nashville (BNA), Raleigh-Durham (RDU) and San Jose, California (SJC) remain suspended. Other than leisure-oriented routes like those to Florida, it does not plan to resume many services from these cities until corporate flyers return, said Esposito.

However, he does expect it to take roughly two years to achieve a "new normal in business travel" — a fact that means Delta will remain far smaller than it was in 2019 for some time to come. And even then, corporate travelers could still be 10% to 20% below last year.

One thing Esposito nor executives would say was whether former hub Cincinnati had lost its "focus city" title as a result of the pandemic. Delta has closed its pilot base at the airport and shrunk its flight attendant base to satellite status.

Other carriers are not as committed to maintain all of their hubs. JetBlue Airways closed its Long Beach (LGB) base and consolidated the operation at LAX earlier in October. And in May, United Airlines CEO Scott Kirby said there were "no sacred cows" among its hubs.

Fleet is one area where Delta's cost-saving efforts are showing fruit. The airline sped up the retirement of its Boeing 717s and 767-300ERs, as well as its Bombardier CRJ200s, during the third quarter. The move will see more flights flown on new, passenger-pleasing planes like the Airbus A220 and A330-900 in the near future.

However, an arguably bigger move by Delta was its decision to delay the arrival of roughly 70 new Airbus and Bombardier jets due by the end of 2021 to later dates. The move will save it $5 billion through 2022 -- no little chunk of change that amounts to nearly a quarter of the carrier's entire $21.6 billion in liquidity at the end of September.

Executives did not say what planes have been deferred and which will arrive over the next two years. They also did not comment on the temporary parking of 11 A220s due to pilot staffing issues.

The carrier had outstanding orders for four Bombardier CRJ900s with Mitsubishi Heavy Industries. The Japanese company bought the CRJ program from the Canadian planemaker in June.

All in, Delta's fleet stands to be several-hundred airplanes smaller through at least 2025 than it was in 2019. The airline has already retired its Boeing 737-700s and McDonnell Douglas MD-88 and MD-90 fleets, and will remove its Boeing 777s by December.

Amid a three-month period that Delta finance chief Paul Jacobson described as "choppy," the carrier saw revenues rise to $3.1 billion from a low of $1.5 billion during the quarter ending in June. An increase in travelers drove the more-than-doubling of quarterly revenues.

However, the coronavirus pandemic still loomed large during the third quarter. Delta recorded $4 billion in COVID-related expenses — like voluntary departure packages for staff and the cost of retiring planes early — that coupled with operating expenses pushed the airline to a $5.4 billion net loss.

And the all important cash burn metric — a measure of an airline's daily losses that the industry is uniformly focused on returning to zero — averaged $24 million a day over the three months. The measure fell to just $18 million a day in September.

“We are showing progressive improvement across the business, performing well on factors we do control,” said Bastian.

One factor the airline somewhat controls is staff expenses. These fell by more than 30% year-over-year during the third quarter and further savings are expected in the quarter ending in December. The future of only one workgroup, pilots, remains undecided with Delta still in talks with the Air Line Pilots Association (ALPA) over a concessionary contract or the likelihood of at least 1,700 furloughs on Nov. 1.

An extension of federal payroll support for airline employees could forestall furloughs. However, such an agreement remains in limbo in Congress with three weeks to go to until the Nov. 3 election.

Wall Street was not as positive on Delta's third quarter results as management. At least two analysts described them as "disappointing," citing the delay to break-even cash burn and slow revenue improvements.

Still, Delta management is positive -- if realistic -- about its long-term plan amid the continuing pandemic.

"We’re on a good path," Delta president Glen Hauenstein said during the call. "We know we’re closer to the end of the pandemic than to the beginning but we don’t know how it’s going to evolve to the end.”