Delta to emerge a much 'smaller' airline from coronavirus crisis 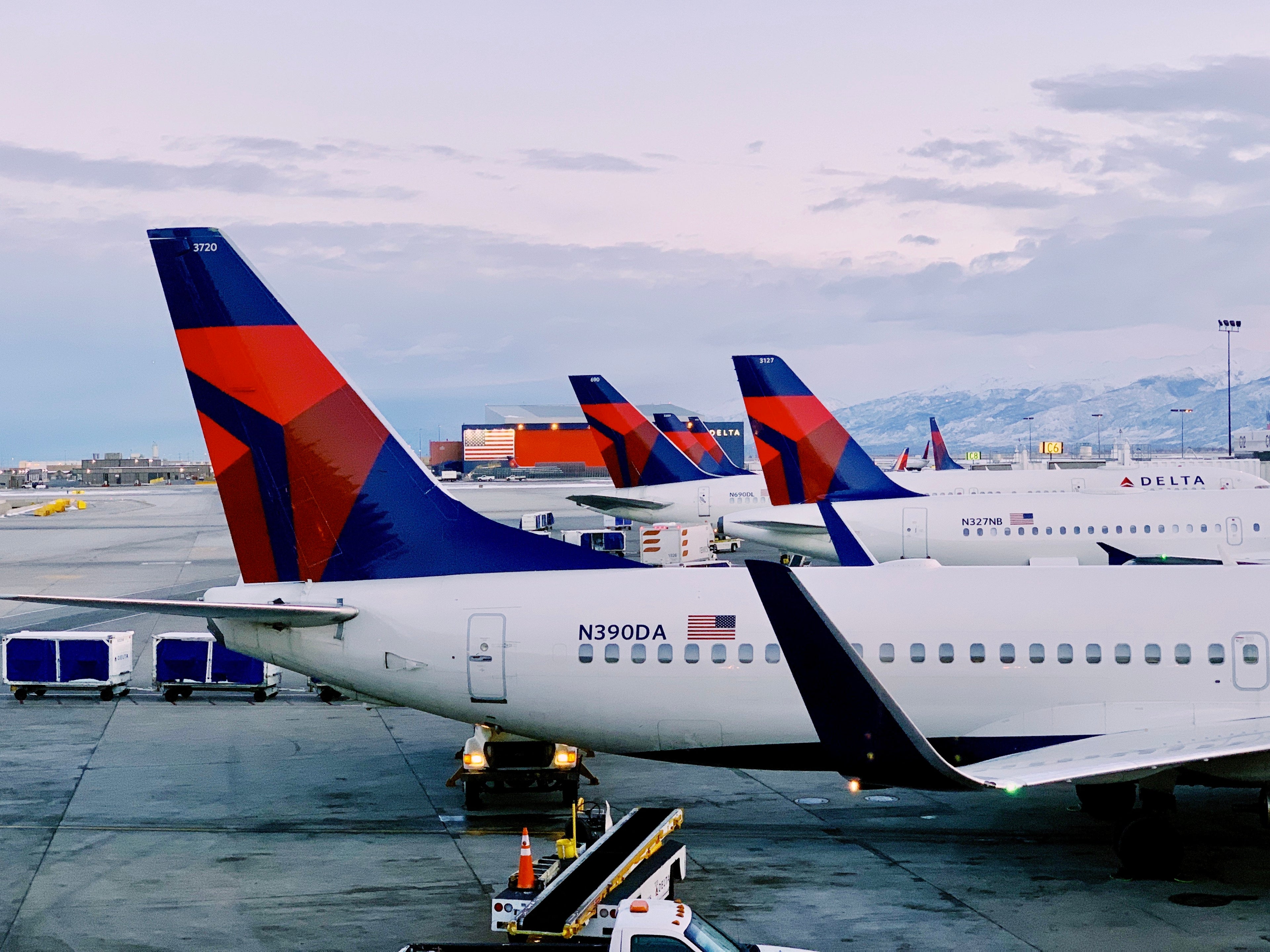 Delta to emerge a much 'smaller' airline from coronavirus crisis
This post contains references to products from one or more of our advertisers. We may receive compensation when you click on links to those products. Terms apply to the offers listed on this page. For an explanation of our Advertising Policy, visit this page.

Delta Air Lines will emerge as a "smaller" carrier from the coronavirus crisis warns chief financial officer Paul Jacobson as the airline prepares to wind down the majority of its schedule by April.

“We’re going to be smaller coming out of this," he told employees during an internal webinar Thursday viewed by TPG. "Certainly quite a bit smaller than when we went into it, and we’ll have the opportunity to grow.”

Delta has slashed schedules by 70% in April and May, and is in the process of parking more than 600 of the 1,340 active aircraft it had at the end of December. The reductions are part of an effort to drastically cut costs as revenue plummets amid fears of COVID-19.

Nearly every U.S. carrier has seen demand fall off a cliff as the pandemic spreads. Delta's reductions are the steepest of U.S. carriers to date, though nearly every other airline has moved to pare schedules and many in the industry expect even more cuts.

In 2019, nearly 811 million travelers boarded domestic flights in the U.S., according to U.S. Bureau of Transportation Statistics data via Cirium. Delta carried 175 million of those passengers, or nearly 22% of the total, second only to American Airlines.

Jacobson's comments Thursday are among the first by a major U.S. airline executive of their expectations on the industry post-crisis. In addition to emerging as a smaller carrier, he said Delta will come out of it with a "more modern, more nimble" fleet.

Related: Delta to ground half its fleet as it winds down majority of its operation

Delta already plans to retire its McDonnell Douglas MD-88 and MD-90 jets, as well as some Boeing 767s, this year due to the crisis. However, more fleet changes may come depending on the length and depth of the downturn.

“I would not be surprised to see not only Delta return as a smaller airline, but also American, United and even Southwest use this as an opportunity to cull some aircraft from their fleet," Atmosphere Research president and founder Henry Harteveldt told TPG. "The question every airline will wrestle with is ‘what is the right number.'"

The coronavirus crisis has prompted American Airlines to accelerate the retirement of its Boeing 757s and 767s. The Fort Worth, Texas-based carrier may also move up plans to pull down its Embraer E190 fleet, as well as the Airbus A330-300s it has repeatedly postponed removing.

All U.S. carriers are, or are expected to, restructure their orderbooks and slow new aircraft deliveries until demand for air travel recovers.

Airline workforces are also being pared. As of Wednesday, Delta CEO Ed Bastian said that 10,000 of the carrier's 91,000 active employees had already taken a voluntary unpaid leave package. And on Thursday, American president Robert Isom said the carrier had added an early retirement option for staff with more than 15 years at the airline in addition to voluntary unpaid leave offer.

A smaller Delta will also mean changes to the airline's route map. Jacobson did not comment on this directly in the webinar, though he did say the current expectation is that the recovery in demand will be "slow at first."

“It’s a contraction to the core of the network is what it’s going to be," Brad DiFiore, who advises airports on developing new routes as a managing director at Ailevon Pacific, said about what a smaller Delta could look like. "Secondary hubs will be more a function of the local economies, [and] I suspect that focus cities are going to get hit pretty hard."

Related: Delta and JetBlue Want to Make Boston the Next Dual-Hub City

On the international front, DiFiore expects a "significantly smaller... footprint." Routes between Delta hubs and those of its partners abroad will likely remain but those to secondary cities -- both in the U.S. and abroad -- could be cut.

“A lot depends on where the coronavirus peaks and when it recovers," he said.

For now, at least, Delta and other airlines are in survival mode, winding down schedules and cutting costs to save cash to bridge them through the duration of the crisis. Already, two U.S. regional carriers — Compass Airlines and Trans States Airlines — have said they will close their doors permanently as a result of major airlines' reductions.

“Our 100% priority and focus is right now is making sure we get through the dark parts and see the light of day at the end," Jacobson told employees in the webinar.

Related: American Airlines in ‘fight of our lives’ as it plans more coronavirus cuts