Can Delta and JetBlue Make Boston the Next Dual-Hub City? 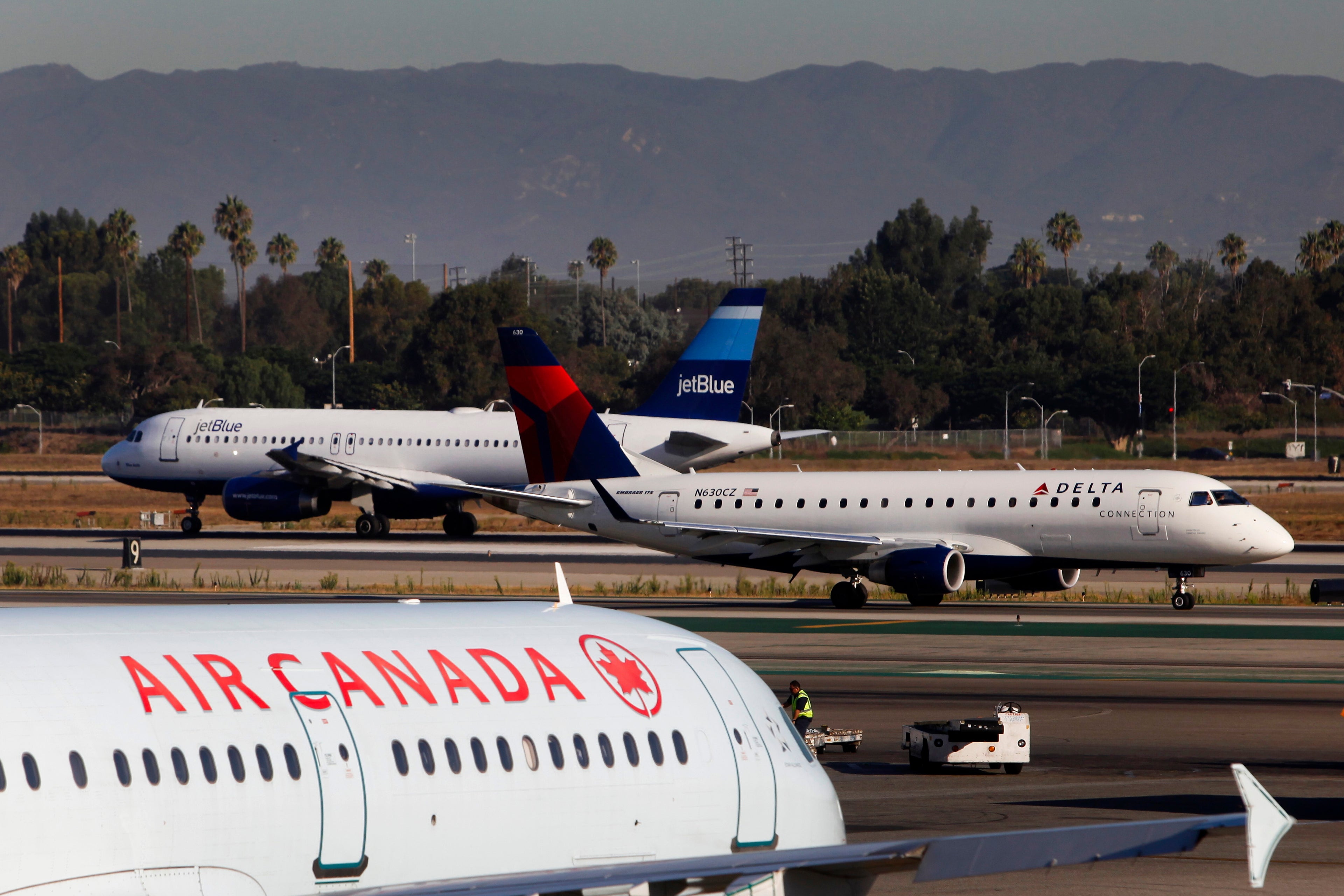 Can Delta and JetBlue Make Boston the Next Dual-Hub City?
This post contains references to products from one or more of our advertisers. We may receive compensation when you click on links to those products. Terms apply to the offers listed on this page. For an explanation of our Advertising Policy, visit this page.

Delta Air Lines and JetBlue Airways are committed to Boston Logan. Both airlines consider it an important base on their maps and continue to grow there, competing fiercely for local travelers.

Delta upgraded Boston (BOS) to a “coastal hub,” meaning it caters to local travelers and offers some connections, in June. The next month, JetBlue doubled down with executives saying they were “committed to winning” Boston, in a not-so-veiled reference to its competitor.

Related: Delta Says Boston Is Now One of Its Hub Cities

As each carrier publicly tries to one-up the other, both may be right. Boston, like Seattle (SEA) across the country, may have room for two big airlines.

JetBlue management, in a meeting with analysts from Raymond James on Aug. 1, acknowledged that Boston could be a two-hub town.

Executives of the New York-based carrier “conceded that [Boston] could support both [JetBlue’s] and Delta’s very different customer targets with many other airlines contracting supply,” Raymond James analyst Savanthi Syth said in a report on Friday.

JetBlue’s aim is to be the airline with the most domestic nonstops for Boston-area based travellers, while Delta’s aim is more of a global nature.

“We are focused on local customers where we see a very clear first choice preference for JetBlue,” said Joanna Geraghty, president of JetBlue, during a results presentation in July. “We've got the best people, the best products and a point-to-point model that is just perfect for the Boston geography.”

A month earlier, Delta managing director of domestic network planning Amy Martin told attendees at an Airports Council International-North America conference that the SkyTeam Alliance member was “really focused on reinforcing our position as the number one global carrier in Boston.”

Delta and JetBlue are both focused on growing in Boston. Delta will increase seats roughly 15.5% year-over-year as it adds a slew of new routes from Logan, including Chicago O’Hare (ORD), Lisbon (LIS) and Washington Reagan National (DCA), this year, according to Diio by Cirium schedule data.

JetBlue is set to increase seats by roughly 7.3% year-over-year in 2019, the data shows. The airline is adding flights on a number of existing routes, for example to Washington National, and opening new markets, including Palm Springs (PSP) and Rochester (ROC) in New York.

Related: How to Redeem Points With the JetBlue TrueBlue Program

The next three largest carriers in Boston - American Airlines, United Airlines and Southwest Airlines - are all schedule to reduce seats this year, according to Diio. Seats will decrease by 5.6% year-over-year on both American and United, and by 12.7% on Southwest.

Logan Airport is working with both airlines to facilitate their growth. Delta will take over all 21 gates in Terminal A when Southwest moves to Terminal B later this year. A number of underway construction projects will net JetBlue six more gates in Terminal C for a total of 30 by 2021.

The mainline carrier began setting up a Pacific gateway at Sea-Tac in 2012 as part of an effort to reduce its reliance on Tokyo Narita (NRT) for flights into Asia. The gateway became a full fledged hub two years later.

Seattle’s transition to a two-hub town has worked. Alaska has largely maintained its share of local passengers, while Delta’s expansion has come mostly at the expense of other airlines.

Alaska’s market share in Seattle slipped by just over one point to 49% from 2012 to 2018, US Department of Transportation data via Diio shows. At the same time, Delta’s share more than doubled to 23% from 11%.

United Airlines took the biggest hit from Delta’s growth in Seattle. The Star Alliance carrier’s share slipped nearly four points to 6.5% in 2018 from more than 10% in 2012, according to the data. American Airlines and Southwest Airlines both saw their shares fall by nearly two points to 5.6% and 6.5%, respectively.

Alaska and Delta in Seattle is comparable in many ways to JetBlue and Delta in Boston. Both Alaska and JetBlue are similarly-sized carriers with networks limited to North America and near South America, at least until the latter lands in London in 2021. They tout strong local affinity to their brands in the markets but admit that they do not provide the global network some travelers need.

Related: JetBlue to Fly Between Boston/NYC and London

Delta, on the other hand, is a global carrier with a comprehensive domestic network. It cannot tout hometown status outside of Atlanta but has a strong brand and has brought in-demand international connections to both Boston and Seattle.

Boston and Seattle also share similarities. Both are mid-size airports that handled 40.9 million and 49.8 million passengers, respectively, in 2018, airport data shows. The metro areas are economically vibrant with strong and growing technology sectors.

Related stories
Legislation that could gut credit card rewards set to move through Congress
Would you stay at 1 of these 8 haunted hotels this Halloween?
Southwest winter flash sale: Get one-way flights for as low as $29
You can currently buy points and miles with up to a 100% bonus — but should you?
Featured image by Bloomberg via Getty Images