Articles
Edward Russell Is a Senior Aviation Business Reporter at The Points Guy. Edward joined the TPG team in June 2019 after seven years at FlightGlobal.
Follow
May 14, 2020
•
14 min read 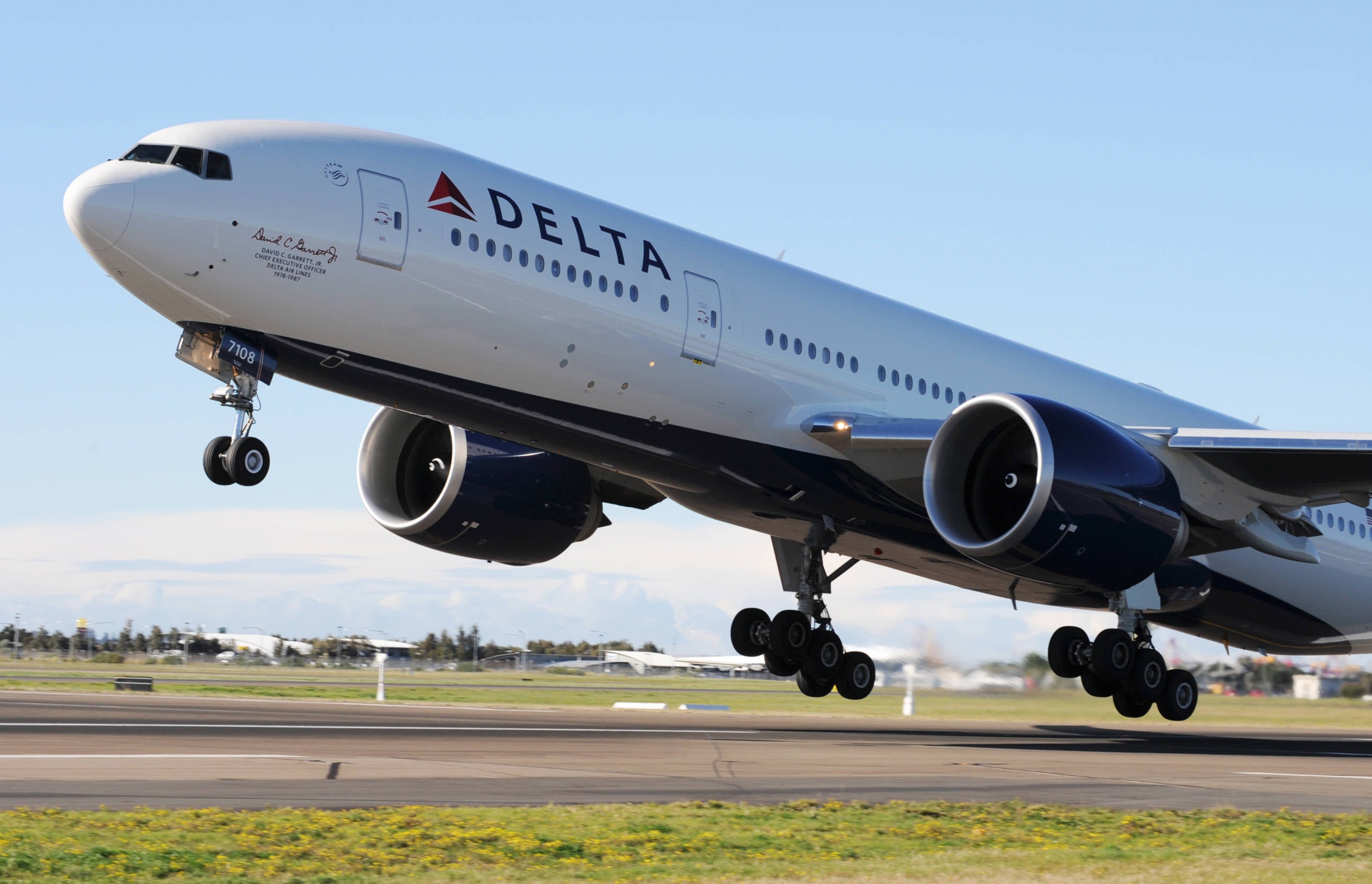 Delta Air Lines has settled on a post-coronavirus pandemic plan for its fleet and map. The plan will see Airbus A350s coming to Los Angeles but also a goodbye to its long-time Cincinnati pilot base.

In a memo to pilots on Thursday, the Atlanta-based carrier outlined numerous fleet — and subsequent staffing — changes that aim to make Delta a more efficient and nimble airline. The changes include difficult cuts, like retiring its "iconic" Boeing 777 fleet, but also positive additions, like more Airbus A220 flying in New York.

"While we know that we will eventually see growth and the return of our customers, our challenge is predicting the pace and timing of this return — which will be slower than any of us hoped," John Laughter, senior vice president of flight operations at Delta, said in the memo viewed by TPG. "Our network team [has] finalized the fleet and network plan reflecting this multi-year recovery."

The recovery will likely be slow. Delta's plan comes just a day after the International Air Transport Association (IATA) released a forecast saying global air travel will not return to pre-crisis levels until 2023 at the earliest.

In addition to the fleet and network changes, Delta will need about 7,000 fewer pilots this fall — less than half of the 13,000 cockpit crewmembers it had at the end of December — Laughter said. That development was and first reported by Reuters. A stark reality for many staff to face and one that will likely mean a significant number of furloughs or layoffs.

Boeing 777s are out at Delta

Some of the hardest points of Delta's post-coronavirus plan are known. Ed Bastian, the airline's CEO, dropped the news that the company would retire its relatively young fleet of 18 777-200s. That change was detailed in a memo to all staff that was sent earlier on Thursday.

"The decision to retire the 777 accelerates fleet simplification and lowers structural operating costs in our international network," said Bob Schmelzer, director of crew resources at Delta, in a separate memo on planned staffing changes to pilots on Thursday. The wide-body jets will be replaced by A350s, including on some of the carrier's longest routes to Johannesburg (JNB) and Sydney (SYD).

Schmelzer did not comment on the future of Delta's flight between New York John F. Kennedy (JFK) and Mumbai (BOM). The airline just began the flight that operates exclusively on a 777 in December.

Delta’s new A350 “flagship”, due to enter passenger service on 30 October ✈️

With the retirement of the 777s, Delta will open pilot bases for the A350 in both Atlanta (ATL) and Los Angeles (LAX). In other words: travelers can look forward to the A350 flying more routes out of both hubs.

On the aforementioned Johannesburg and Sydney routes, Schmelzer told pilots that "enhancements" would be made to the Airbus wide-bodies to give them the range to serve these far-away destinations. The standard range for the A350-900 is 9,321 miles, or about 1,500-miles shorter than that of the 777-200LR.

Delta flies 13 A350s and has 26 more on order. Dubbed its "flagship," the airline outfits the jets with 32 Delta One suites, 48 Premium Select and 226 economy seats.

The carrier plans to open its new A350 pilot bases by year-end, according to Schmelzer.

Cincinnati's hub days are over

After 33 years in the Queen City, Delta will close its pilot base at Cincinnati/Northern Kentucky International Airport (CVG). The change will take about a year but is the latest blow to what was once the airline's primary Midwest hub brimming with Bombardier CRJ200s flying to points near and far.

Delta's Cincinnati hub peaked at an average of 556 departures a day in 2005, according to U.S. Bureau of Transportation Statistics data via Cirium. By 2019, the average number of departures fell to just 64 a day.

However, the pilot base closure does not necessarily mean Delta will downsize Cincinnati from a focus city — it was de-hubbed following the Delta-Northwest Airlines merger in 2008 — to just a regular destination. For example, Schmelzer pointed out that the flight attendant base at the airport will remain open.

However, Cincinnati's days as a key node on Delta's map are over. The city was among the airline's first hubs when it opened in 1981.

Related: Delta to emerge a much ‘smaller’ airline from coronavirus crisis

Delta will fly only half of its Boeing 717 fleet, or just 30 to 45 aircraft, for at least the next two years, Schmelzer told pilots. The planes that do fly will be concentrated in Atlanta and Detroit (DTW), with pilot bases for the type closing in Minneapolis/St. Paul (MSP) and New York.

The future of the jets at Delta has been a question mark since the beginning of the crisis. The fire was fueled when The Air Current reported in April that the airline was in talks with Boeing — who it indirectly leases the 717s from — to swap the small narrow-bodies for an order for the 737 MAX.

Such a deal may or may not still be on the table. For now, though, travelers can expect to find a limited number of 717s in Atlanta and Detroit.

On the flip side of the 717 base closures, Delta will be do more flying from New York with the popular A220.

Related: A smaller Delta would have to retire planes after coronavirus. What types could go?

Delta is expanding its A220 operations from New York. Popular with travelers, the planes are quieter than older models and offer personal entertainment screens at every seat. And with a 3-2 economy class layout, they have fewer middle seats than on larger jets but still have a spacious feel.

Beyond replacing 717s at New York JFK and LaGuardia (LGA) airports, the jets will continue to fly from Delta's Salt Lake City (SLC) base, said Schmelzer.

Delta is notably still flying all 31 of its A220-100s. Some percentage of every other model in its fleet were among the 554 jets in storage as of May 13.

“Airlines want jets that offer equivalent range and equal or better economics than bigger models, but fewer seats,” Teal Group analyst Richard Aboulafia told TPG earlier in May. “The A220 is one of the very few products that bring this to the table.”

She’s got that new plane smell, Delta’s first #A220 ready for delivery at Montreal Mirabel ✈️

One question raised by the 777 retirement announcement was the future of Delta's Boeing 757s and 767s. Schmelzer's memo confirmed that they will stick around — unlike at American Airlines — but in fewer numbers than before COVID-19.

Both 757 and 767-300ER flying will be parred back and will operate primarily, but not exclusively, from Atlanta and New York JFK. For pilots, this means bases for the jets will close in Detroit, Minneapolis/St. Paul and Salt Lake City, and shrink in Los Angeles and Seattle.

Airbus A321neos will begin to take over transcontinental routes previously flown by 757s when the new narrow-bodies begin arriving, a date that is still to be determined, said Schmelzer.

In addition, Delta's recently retrofitted 767-400ERs will continue to play an "important" role on flights to Europe for Delta. The airline introduced its first updated jet with 34 suites, 20 Premium Select and 184 economy seats last July.

Related: Delta says goodbye to the last ‘Mad Dogs’ flying in the US amid coronavirus retirements

The communications from Delta executives on Thursday provide a lot of details on the airline's future planes. We know it will be about half the size it was last year this fall, and it will not be flying any 777s or McDonnell Douglas-branded jets.

But we do not know what the future is for Delta's numerous focus cities — Raleigh/Durham (RDU) anyone? — or the status of its international partnerships with the airlines ranging from Air France to Korean Air and Virgin Atlantic Airways.

"I want to thank you all for the hard work and sacrifices you are making to secure the future of our airline," Bastian told staff on Thursday. "You continue to inspire me every day as we work to build Delta’s future together."

Related stories
The ultimate guide to earning elite status with United cards
American Airlines forgot it had landing slots at JFK. Then it lost some of them.
After 19 months, United Airlines is officially suspending flights at New York's JFK airport — again
17 ways to earn lots of Marriott Bonvoy points
Featured image by Getty Images