A smaller Delta would have to retire planes after coronavirus. What types could go? 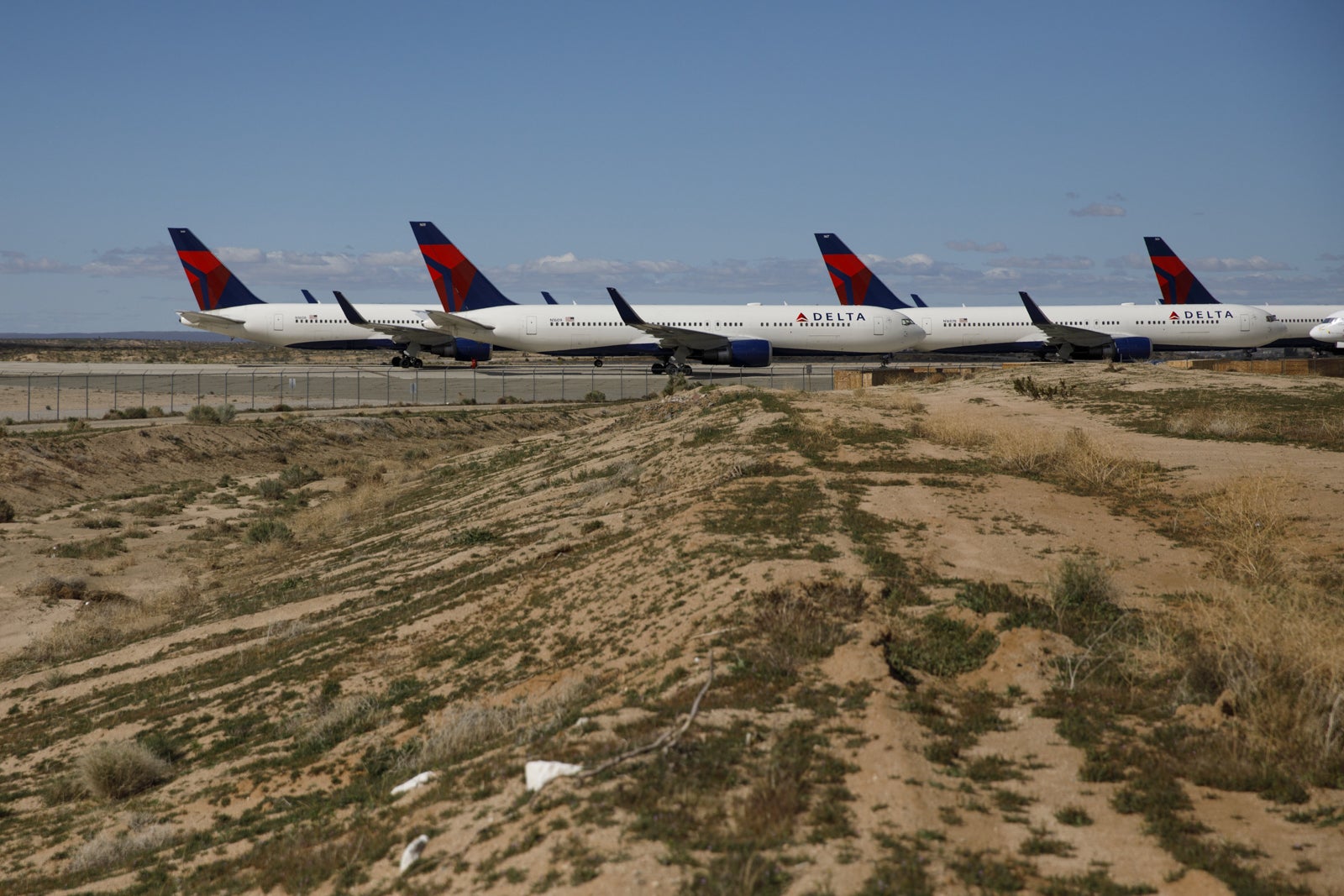 Delta Air Lines management thinks the carrier has more aircraft than it needs for the recovery from the novel coronavirus pandemic, the worst crisis the industry has faced in its history.

The Atlanta-based carrier closed 2019 with 898 mainline jets and another 442 aircraft flown by regional affiliates, Delta's annual report for the year shows. That gave Delta the third-largest fleet in the world after American Airlines and a hair behind United Airlines.

But, with the number of people traveling at historic lows due to COVID-19, some — likely many of those — planes will have to go.

"We’re going to be long on aircraft and we’ll be especially long on wide-body aircraft," Delta operations chief Gil West said about the airline's recovery from the crisis during an April 8 staff webinar viewed by TPG. He did not provide many further details on what aircraft models the carrier would be long on, besides reaffirming that it will retire its 77 McDonnell Douglas MD-88s and MD-90s.

Leaving out the Mad Dogs, as the MD-80 family jets are colloquially known, Delta has a varied fleet with vestiges of both its own past and that of Northwest Airlines. Delta and Northwest merged in 2009.

How much smaller will Delta's fleet be?

Delta will have to take numerous factors into considerations when evaluating what planes to keep which ones to retire. How big the airline needs to be will be near the top of that list. Several Wall Street analysts and the International Air Transport Association (IATA) anticipate passenger numbers to be at least a fifth below 2019 levels next year, and take several years to recover.

Using these forecasts, a 20% smaller Delta would mean a mainline fleet of roughly 720 aircraft — or retiring about another 100 jets in addition to the MD-88s and MD-90s.

Changes to the Delta Connection fleet are more difficult to estimate. In the past, airlines have relied heavily on their regional affiliates after crises than they did before. While West did not provide details on the subject, past precedent suggests Delta could keep much of its feeder fleet that included 325 larger regional jets, like Bombardier CRJ700s and Embraer 175s, at the end of 2019.

Will Delta look to retire more narrow-bodies or wide-bodies?

Another factor is what Delta expects to come back first: domestic U.S. travel or international travel. This would change the calculus on how many narrow-body jets versus wide-body ones the airline would retire. Narrow-bodies typically fly routes within North America, while wide-bodies mostly fly long-haul international services.

During the webinar, West said Delta would be "especially long on wide-body aircraft." This suggests that the airline thinks demand will come stronger back in the U.S. than internationally at first.

Delta plans to retire some of its 77 Boeing 767s early as a result of the coronavirus crisis. It has not put a number on how many of the jets could go, though it was already replacing some of its oldest 767-300ERs with new Airbus A330-900s.

Related: Delta to emerge as 'smaller' airline with more modern fleet from crisis

'Old and oddballs' are likely retirement options at Delta

"Take a look at anything north of 20-years old and oddballs," said Duane Pfennigerth, an analyst an Evercore, told TPG on other considerations Delta could take into account as it re-evaluates its fleet.

That said, many of the above aircraft are part of larger families of jets in Delta's fleet. For example, Delta may only have 10 737-700s, but it has 217 737 jets that share common features like pilot certification and maintenance.

Many of the routes where Delta flies the 777 could also be served with the Airbus A350-900. While the European jet has a range about 1,500 miles shorter than the 777-200LR, that only really raises questions about some of the airline's longest routes. One example: the 8,439 mile trek between Atlanta (ATL) and Johannesburg (JNB).

In other words: does a smaller Delta need the 777s for just a few ultra long-haul routes? The airline did just pick up 14 more A350s — raising its total fleet and commitments for the type to 39 — as part of the strategic partnership it formed with LATAM Airlines in September.

Delta’s new A350 “flagship”, due to enter passenger service on 30 October ✈️

Finally, Delta will need to think about what aircraft it owns versus which ones it leases or has used as collateral for debt. It is cheaper to retire a plane owned by the airline than one that is leased or financed. The airline owns all 18 of its 777s.

The owned versus leased factor also plays into the future of the Boeing 717s in Delta's fleet. While they are an oddball type that are on average nearly 20 the years old, the majority of the fleet -- 78 of 91 jets -- are leased. The leases begin expiring in 2024 under the original terms of the 2012 deal.

"We’ll have a bit of a white sheet of paper to think about things, whether it’s on the fleet side, what will our technology priorities be, what will the organizational needs be," Delta CEO Ed Bastian said during the employee webinar. "We’re going to come out a very different company. We’re still going to be Delta, but how we do it is going to be different.”