Shocker! Delta to take 20% stake in LATAM, which will leave Oneworld Alliance

Articles
Ben Mutzabaugh is the senior aviation editor and heads TPG’s airline coverage. Ben joined TPG in March 2019 after nearly 19 years at USA Today, where he launched the long-running, industry-leading Today in the Sky blog in 2002.
Follow
Sept. 26, 2019
•
5 min read 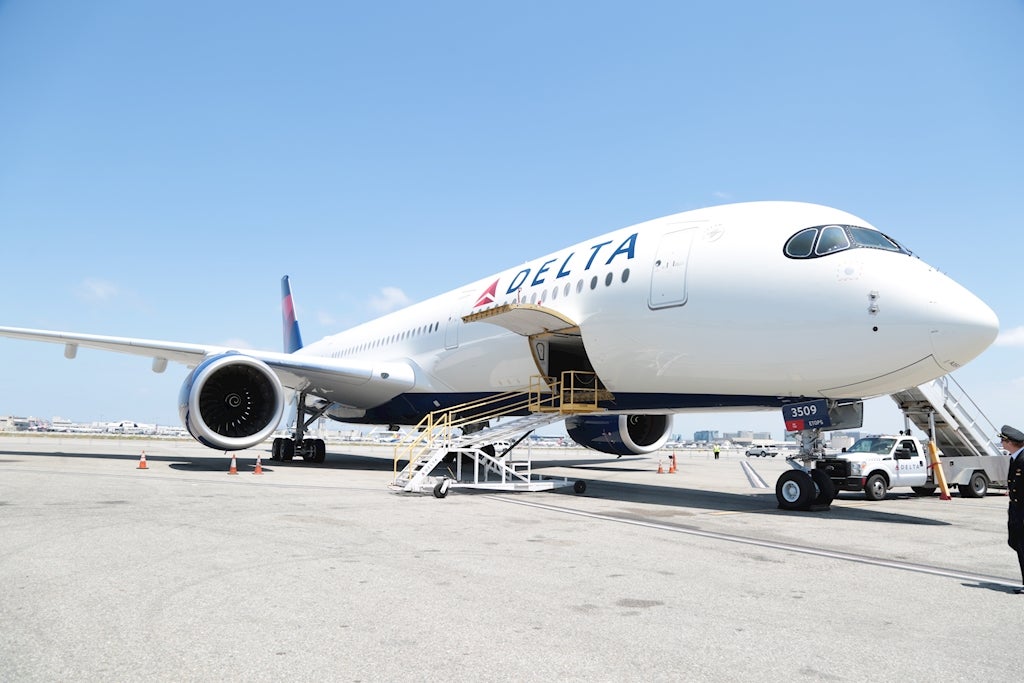 Shocker! Delta to take 20% stake in LATAM, which will leave Oneworld Alliance
This post contains references to products from one or more of our advertisers. We may receive compensation when you click on links to those products. Terms apply to the offers listed on this page. For an explanation of our Advertising Policy, visit this page.

Delta Air Lines plans to take a 20% stake in Latin American giant LATAM Airlines, a “transformational” move that will upend deep-seated alliances throughout the hemisphere.

LATAM has been a partner with American Airlines and its Oneworld alliance and had been seeking deeper ties. Delta, part of the SkyTeam alliance, currently has a equity stake in Brazilian carrier GOL, a tie-up that now is expected to end. Oneworld has already announced that LATAM will leave the group.

The move was announced Thursday, with Atlanta-based Delta valuing its planned investment in the Chile-based LATAM Airlines Group at $1.9 billion. The airline is South America’s dominant carrier, created in its current form by a merger between Chile’s LAN and Brazil’s TAM that closed in 2012.

Executives at both Delta and LATAM acknowledge that the tie-up marks a shift in the current status quo of airline ties in the Americas.

“This transformative partnership with LATAM will bring together our leading global brands, enabling us to provide the very best service and reliability for travelers to, from and throughout the Americas,” Delta CEO Ed Bastian said in a statement.

“This alliance with Delta strengthens our company and enhances our leadership in Latin America by providing the best connectivity through our highly complementary route networks,” added LATAM CEO Enrique Cueto Plaza.

With the change, LATAM is set to leave Oneworld, where it is currently a major player in the group.

"LATAM advised Oneworld earlier today of their decision to partner with an airline outside of the Oneworld alliance," Oneworld said in a Thursday evening statement. "LATAM further advised Oneworld that they intend to leave the alliance in due course and in accordance with formal contractual requirements."

"We are disappointed, but we respect their decision. They have been a valued long-term member of the alliance, and we wish them well," Oneworld added.

No timeline was given for LATAM's exit, but Oneworld said that "while LATAM remains a member of Oneworld, the full customer benefits will continue to be delivered."

For Delta, the deal with LATAM continued its recent strategy of taking “equity stakes” in strategic partners it wishes to do business with. Most notable is Virgin Atlantic, with Delta now owning a 49% stake in the London based carrier. The airlines have since launched a joint-venture partnership that allows them to essentially act as a single airline on routes across the Atlantic.

“@Delta once again solidly locks up another airline in its grasp -- hook, line, and sinker,” tweeted Holly Hegemon, publisher of the PlaneBusiness newsletter. “Huge blow to @American. @LATAMAirlinesUS is/was a long time AA partner. Latin America has, traditionally been @American's most profitable region.”

Related: Snapshot: A Look at Delta Air Lines by the Numbers

American, however, downplayed the development after the new broke late Thursday afternoon. The carrier noted a May decision by Chile's Supreme Court that blocked the planned joint-venture between it and LATAM from taking effect in Chile. The move came after regulators in other South American markets had given their blessing.

"Given the recent negative ruling by the Chilean Supreme Court, which would have significantly reduced the benefits of our partnership since Chile was not approved as a part of the potential joint business arrangement, we understand LATAM’s decision to partner with a U.S. carrier that isn’t burdened by the ruling," American said in a Thursday statement.

American added "this change in partnership is not expected to have a significant financial impact to American, as the current relationship provided less than $20 million of incremental revenue to American, and the proposed joint business without Chile would have provided limited upside."

Beyond American, however, the Delta-LATAM deal could send fissures crackling across the industry's current alliance structure.

Not only is LATAM partnered with American, but also with Oneworld partners like British Airways, Iberia and Qantas, among others. Oneworld’s current roster of airlines makes it arguably the dominant alliance in South America.

Now, however, Delta's stake in LATAM is not only likely to pull LATAM away from American and Oneworld, but possibly into the orbit of Delta's SkyTeam alliance that includes partners like Air France, KLM and Korean Air.

Another possible shift to watch: Delta has a 49% stake in Virgin Atlantic, a fierce rival of current LATAM partner British Airways. While Virgin Atlantic does not currently belong to the SkyTeam alliance, it works closely with Delta and it would come no surprise if LATAM and Virgin Atlantic eventually developed ties of their own as Delta's influence takes root at LATAM.

“(T)his is monumentally huge,” Brett Snyder, author of the popular Cranky Flier blog, tweeted as the news hit. “It puts Delta at a whole different level while knocking American down a peg. This could reshape global alliances.”