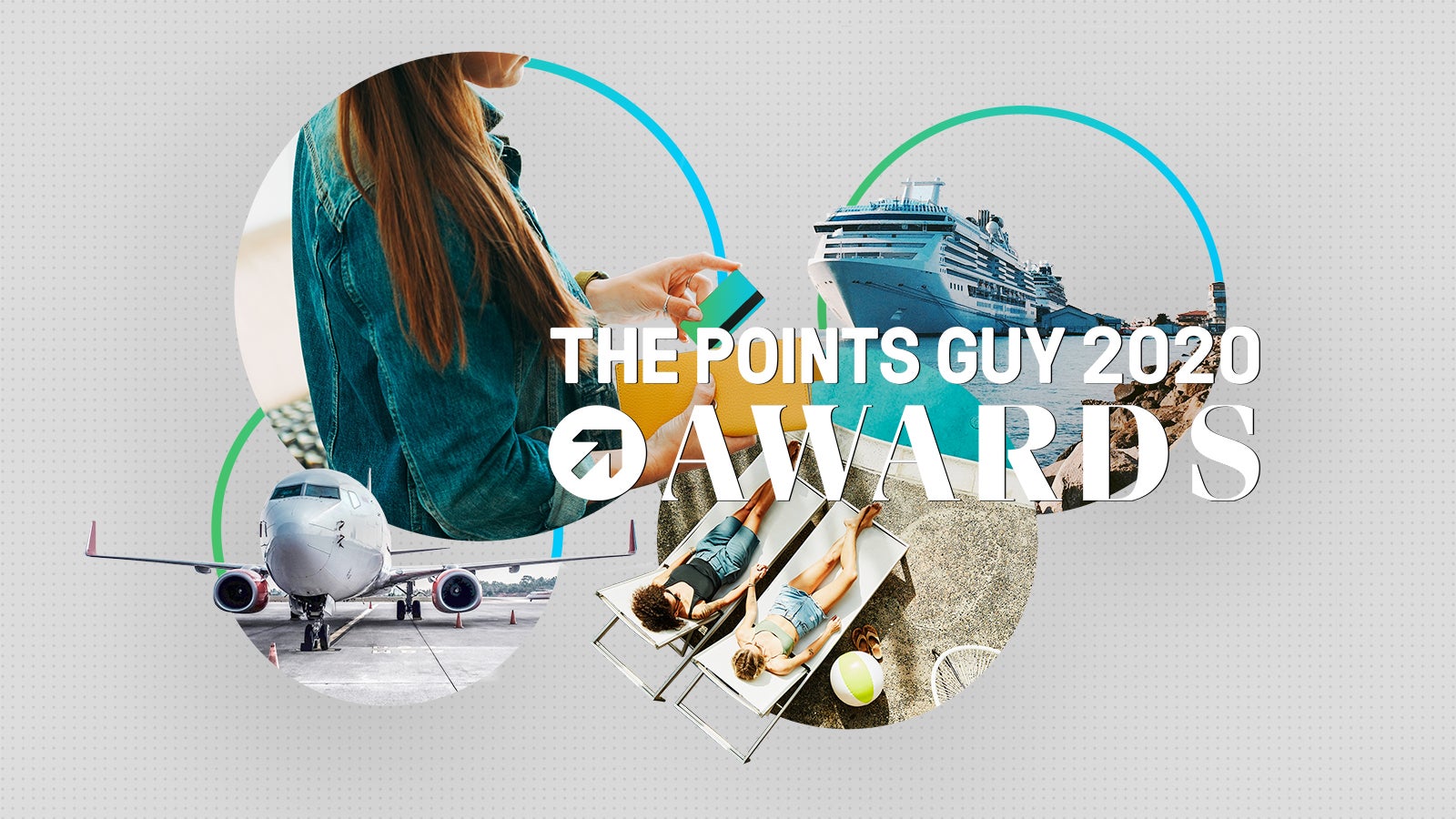 We've officially reached the end of the 2020 TPG Awards! Over the last several weeks, we've given out 12 readers' choice awards, handed out nine editors' choice awards, held multiple live events and published over 50 articles on-site — looking back at 2020 but also looking ahead to what the future looks like for the travel industry.

There's no question that the last several months have been challenging for many travel providers, but with the promising new vaccines already being administered to front-line healthcare workers, we're incredibly optimistic about 2021 and beyond.

In case you missed anything since we first launched Airlines Week on Nov. 16, here's a recap of the 2020 TPG Awards.

Rather than a single, live awards show — as we've done in previous years — this year saw us hand out a streamlined set of reader-voted honors across our four, themed weeks. When the ballots were counted, here are the companies that took home trophies this year.

Southwest Airlines was the big winner in the first week of the awards, taking home the title of Best U.S. Airline Loyalty Program along with the Best Airline Cobranded Credit Card award, for the Southwest Rapid Rewards® Premier Credit Card. The airline has been a longtime favorite of many, but as our editorial team discussed in our Facebook roundtable during Airlines Week, the simplicity of the program — with no blackout dates along with free changes and cancellations — likely took it to the top this year.

The four card awards had familiar recipients this year, as each one took home the trophy for the third year in a row:

While all four of these cards provide solid value in a normal year, each one also made notable changes in 2020 — which likely cemented their respective spots in the minds of readers.

Related: Which card should I use? A pandemic-era guide to navigating card perks and benefits

The two awards during Hotels & Destinations Week went to Hilton Honors, winning the trophy for Best Hotel Loyalty Program and Best Hotel Cobranded Credit Card (for the Hilton Honors American Express Aspire Card). It may seem strange for a premium travel card with a hefty annual fee to take home an award during a year when many people aren't traveling. However, with the automatic Diamond status, annual statement credits and the limited-time changes Amex made in light of COVID-19, readers clearly still saw immense value in the Aspire Card — a sentiment echoed by TPG staffers. The information for the Hilton Aspire Amex card has been collected independently by The Points Guy. The card details on this page have not been reviewed or provided by the card issuer.

Note that if you don't currently have the card, now could be a great time to add it to your wallet thanks to a limited-time offer that includes a statement credit for ExpertFlyer. Check out this article for more details.

Our fourth (and final) week of the awards focused on cruises, and for the first time, we included cruise lines in the readers' choice categories — giving out four awards, to be exact.

TPG readers clearly enjoy Royal Caribbean and its megaships, while Disney obviously appeals to families — which we discussed extensively on our Facebook roundtable. And while some may not consider Viking as a line with truly "small" ships, it's all-inclusive model on vessels with less than 1,000 passengers was naturally appealing to many.

In addition to the awards that readers selected, our editorial team also handed out nine honors over the course of the four weeks. Here's a quick list — though you can read the full article for more details:

Of course, it wouldn't be the TPG Awards without handing out special awards to deserving individuals. This year, we gave out three.

First, it was the Making a Difference Award during Airlines Week. This honor went to the three airline-industry professionals who started (and then expanded) Project Wingman. Captain Emma Henderson of EasyJet and Captain Dave Fielding of British Airways initially launched this initiative in the UK, and then Anders Lindström from Norwegian Air helped expand it to the U.S. Project Wingman enlisted the help of furloughed airline employees to set up and staff lounges in hospitals. This provided amenities like a typical airline lounge — along with a supportive ear for front-line healthcare workers stressed and exhausted from the pandemic.

Then, during Hotels & Destinations Week, we honored Kristin Kitchen, founder of Sojourn Heritage Accommodations, with the Inspiration Award. Her company began as a way to combine cultural history and hospitality, and her newest property — the Dunns-Josephine Hotel in Miami's Overtown neighborhood — had been open just a few months when the pandemic hit. Instead of fretting over the lost revenue and room cancellations, Kitchen threw her property's doors open for the homeless in Miami-Dade County, an incredible act of selflessness that we were thrilled to recognize.

And today, we gave out our Lifetime Achievement Award to Larry Pimentel, a well-respected and long-tenured executive in the cruise industry. He spent time with Seabourn, Cunard, SeaDream and — beginning in 2009 — Azamara, Royal Caribbean's upscale brand. His impact is still felt across the industry, from the yachting experience he pioneered with SeaDream to the "Destination Immersion" approach that came from his time with Azamara. And he's well-recognized as a mentor, especially his efforts grooming and promoting women into management positions across lines.

These individuals were bright spots in 2020 and provide hope for what the future of travel might hold.

We also hosted multiple live events across the four weeks of the awards, giving readers a chance to hear directly from engaging speakers and experts in various fields. In case you missed any of them, here are the recordings:

And of course, we culminated the awards with an exciting trivia event on Thursday Dec. 17, where over 2,000 readers competed for a slew of great prizes. Congrats to Devon Edwards, our grand-prize winner, who took home a round-trip, business-class flight on Etihad Airways and a seven-night stay at any Category 1-7 property in the World of Hyatt program.

The team is exploring ways to create even more engaging, exciting live events like this in 2021, so stay tuned for what's to come.

Speaking of next year ...

Finally, the 2020 TPG Awards also had a forward-looking element, with many deep dives into how the travel industry is charting a course into 2021 and beyond. With companies focusing on safety, meeting the needs of their customers and innovating for the future, there was a lot to cover.

Here are some highlights of what we published:

The coronavirus pandemic had massive impacts on travel, but there's a lot to look forward to next year — and TPG will be here to break it all down for you.

Thank you to everyone who followed along throughout the awards, and thank you to all of our readers for your support during this challenging year. We're incredibly optimistic about getting back to traveling the world, and we look forward to seeing you in the skies, on the high seas and everywhere else along the way.

Related stories
Bask Bank raises the mileage earning rate on its AAdvantage savings account — what you need to know
Targeted Premier 1K members eligible for bonus miles when checking in and checking a bag on the United app
Current airline elite status match and challenge options you should know about
Business-class deals are back: This month’s Flying Blue promo awards
Featured image by (Graphic by Wyatt Smith/The Points Guy)
Editorial disclaimer: Opinions expressed here are the author’s alone, not those of any bank, credit card issuer, airline or hotel chain, and have not been reviewed, approved or otherwise endorsed by any of these entities.