10 Things the #10YearChallenge Taught Us About Air Travel 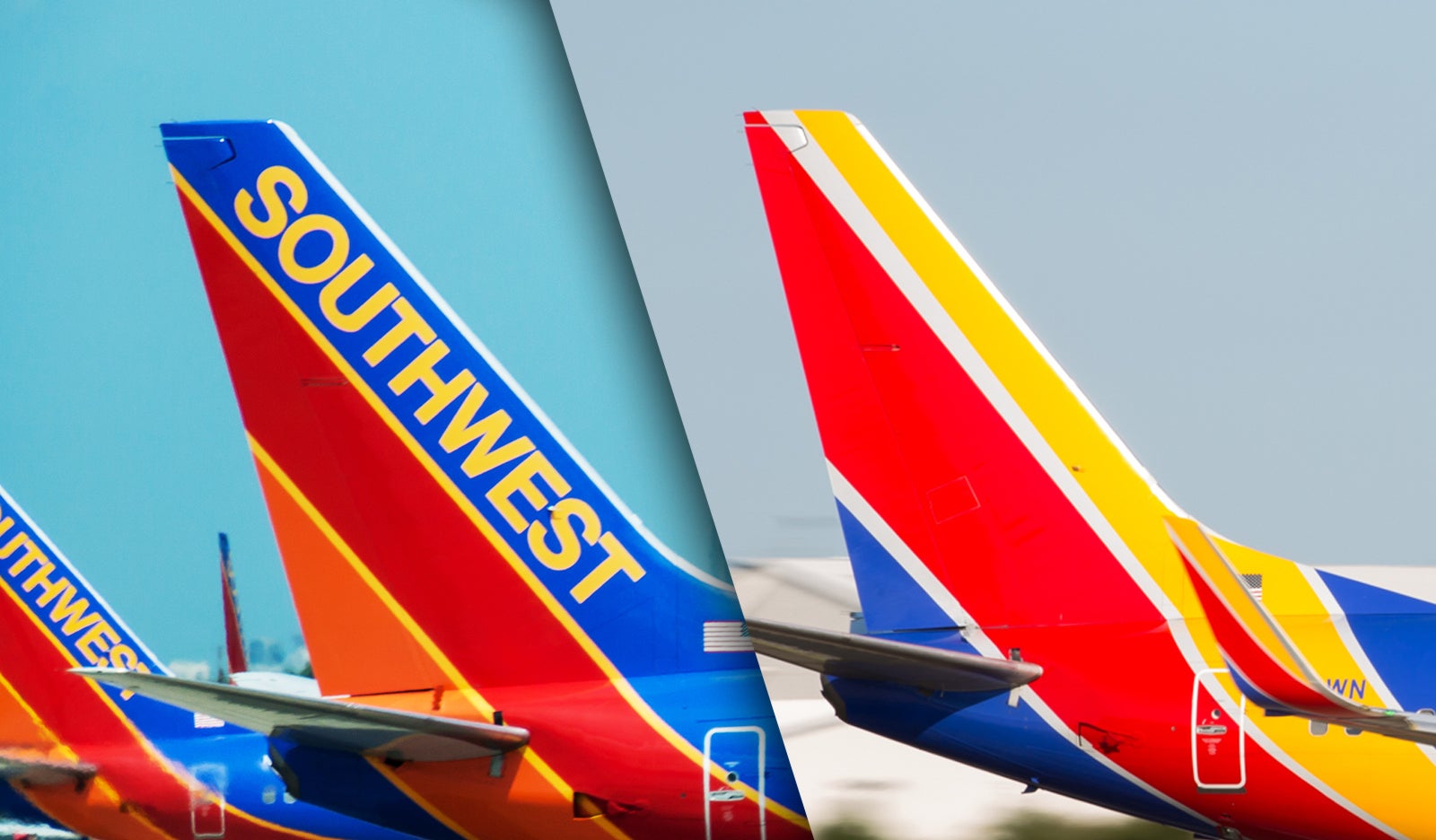 In the sky as on the ground, what a difference a decade can make. Or sometimes not. Turns out the #10YearChallenge that's been sweeping social media this week is more than just a way for people to show how much they've #GlowedUp since the dark ages of 2009.

Airlines and airports have joined the fun, showing off their then-and-now pictures as a cheeky way to flaunt livery do-overs, humblebrag fleet additions and show off a new uniform or two.

In the past 10 years, we've watched some front-cabin seats go from sweet to outright palatial, while others haven't changed a bit. Some airports have more parts to them in 2019 than in 2009, while many others are just more crowded.

As time goes by there are both more people traveling and higher customer expectations, and the #10YearChallenge shows that many players in the airline industry are investing in raising that bar while others (think: British Airways) haven't touched their first class seats at all.

What the #10YearChallenge has done, however accidentally, is throw into sharp relief some of the most significant changes that have touched the aviation space over the course of the last decade. Updated liveries are always fun, but the prospect of ever-shrinking seats in economy gives us some pause. (#20YearChallenge on that, anyone?)

For now, here's a look at what the #10YearChallenge has taught us about the state of air travel today.

Airports all over the world are constantly expanding, modernizing and increasingly becoming places where travelers won't mind killing time.

When the newel Jewel Changi Airport expansion of Singapore Changi (SIN) opens this year, for example, travelers will be able to enjoy parks, playgrounds and other attractions while waiting for their flight.

2. Fleets Have Been Evolving

In the last 10 years, the biggest fleet changes were generally those related to the legacy carriers (and not necessarily put out on social media). But KLM took a quirkier approach, using the #10YearChallenge to show how it said goodbye its Fokker regional jets and embraced the Embraer 190 instead.

Some might even call it over-the-top. Emirates used the #10YearChallenge to remind us how its new First Class Suites rock the skies and make a select few among us very sad to have to actually land. That was long-haul First only 10 years ago?

4. ...Unless You're British Airways

A lot has changed in the UK in the last decade. But one thing that hasn't changed at all is British Airways' first class product. In fact, you could call BA the flag carrier for all those airlines that have just totally doubled-down on their existing offerings. Of course, British Airways hasn't participated in the #10YearChallenge. In fact, the airline hasn't tweeted since Dec. 4.

Here's The Points Guy himself, Brian Kelly, demonstrating in person: In a BA First seat in 2009, and in a new Singapore Airlines suite last year. While BA stood still, Singapore (and many others) moved on to something way, way better.

Passengers traveling in economy have absolutely been feeling the squeeze for more than a few years, as airlines not only try to cram in as many seats as possible, but retrofit cabins with thinner seats that often look better than they feel (yes Recaro, that could mean you).

More Boeing 777s have scrapped the old 3-3-3 seat configuration for the tighter 10-across cabin layout (3-4-3) in economy. That means for flyers in the back of the bus, air travel has become an exhausting game of constantly minding your knees and elbows. Not surprisingly, we couldn't find any airlines that bragged about the disappearing elbow room.

6. Airlines Love to Reinvent Themselves

If the original intent of the #10YearChallenge was to show off just how fabulously you age, it makes sense that the most obvious thing for an airline to flaunt is its livery.

Royal Air Maroc, for example, kept its signature star on the tailfin — no surprise, as it's on the national flag — but welcomed bolder red and green stripes. And that's not the only airline that got a new look between 2009 and 2019. Just last year, Lufthansa debuted its underwhelming new livery. Twice.

Southwest, for its part, took a more contemporary approach to the same design.

Then there's Air Canada, keeping things kind of, you know, Canadian. They certainly weren't going to ditch the maple leaf in their livery redesign.

And despite picture-centering problems and an ungrammatical hasthag, Iberia rose to the 10-Year Challenge with several emojis, plenty of numbers and a noble effort to demonstrate the airline's new logo.

7. Fashion Came Back Into Style

While not every flight attendant uniform reboot is a smashing success (sorry, United), airlines are turning to fashion designers to give their crew members stylish duds worthy of the Golden Age of travel.

In 2018, Delta rolled out its new Zac Posen-designed uniforms and the signature "Passport Plum" hue.

8. Vintage Is On Trend

For Korean Air, 10 was not a big enough digit this year and that's cool, because the airline has more to celebrate in 2019 than mere meme compliance.

But jokes aside, the #10YearChallenge taught us that vintage fashions are very much in vogue right now.

In a twist on livery makeovers, some airlines like TAP have actually painted vintage (in this case 1970s) livery on some of their planes.

Czech Airlines didn't post this specifically in response to the #10YearChallenge but hey, who's going to quibble with this snazzy retro look?

Something extraordinary that happened exactly 10 years ago? Captain Chesley “Sully” Sullenberger safely landed US Airways Flight 1549 in the Hudson River after the aircraft hit a flock of geese and lost power in both engines.

The flight became known as the Miracle on the Hudson. And yeah, you can turn anything into a meme.

Especially in a game as tough as the airline industry, this was a nice post from Hawaiian Airlines reminding us how the airline keeps that Aloha spirit going strong. And as for those bold oversized floral prints? Yes, please!

Our points-obsessed staff uses a plethora of credit cards on a daily basis. If anyone on our team wouldn’t recommend it to a friend or a family member, we wouldn’t recommend it on The Points Guy either. Our opinions are our own, and have not been reviewed, approved, or endorsed by our advertising partners.
See all best card offers
Related stories
Guide
Amex Blue Cash Everyday Card review: Decent earning and no annual fee
Guide
7 best cruises for seniors who love to travel by sea
Guide
Flying with a lap infant? Here’s what you need to know
News
Delta brings the love to Texas with new flights, a permanent home in Dallas