Baffled by Bonvoy? Check Out These 7 Other Branding Failures

Articles
Katherine Fan is a former senior travel features reporter at The Points Guy who covered everything from personal finance to travel and aviation.
Jan. 16, 2019
•
8 min read 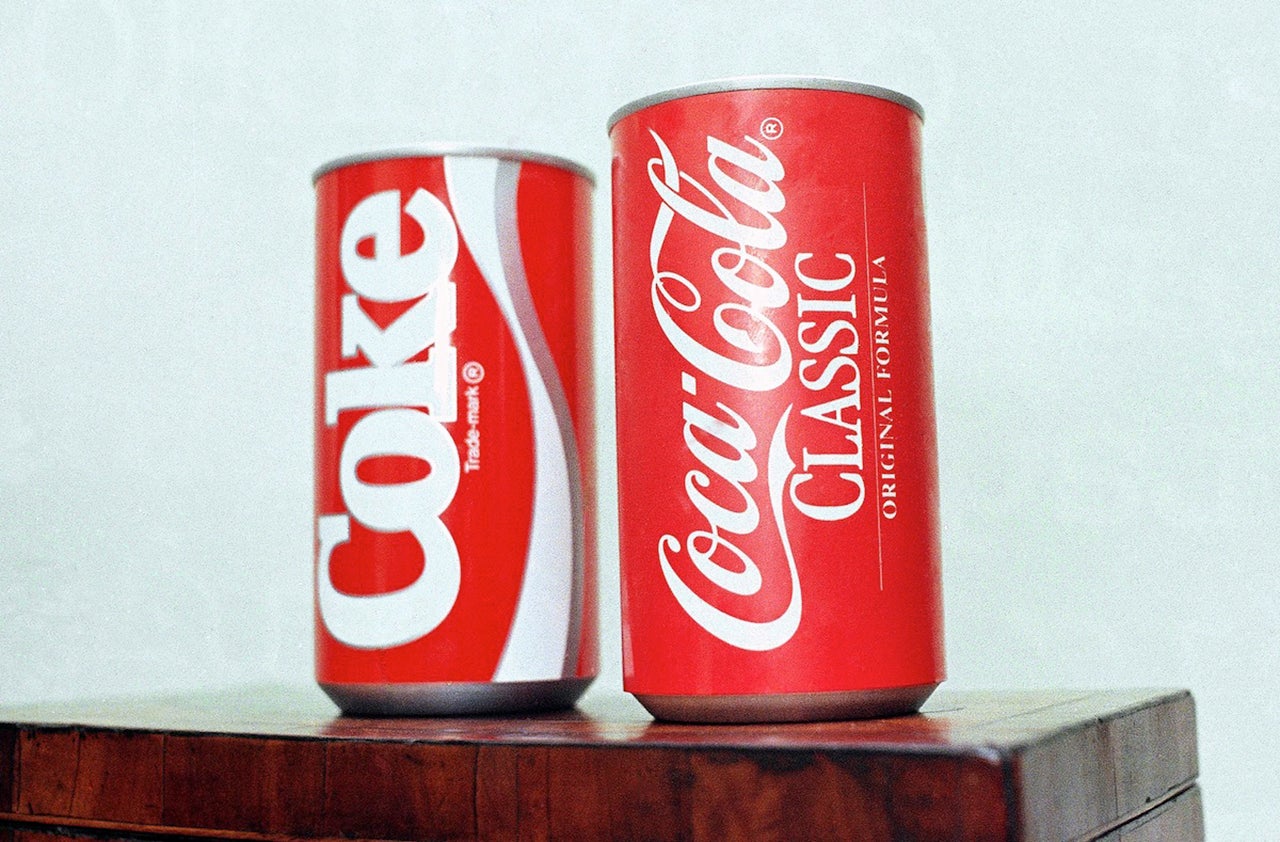 It's official: Bonvoy is the name of Marriott's new loyalty program, combining the SPG, Marriott Rewards and Ritz-Carlton Rewards programs under the world's largest hotel chain roof.The name was first leaked back in November 2018, to much groaning and face-palming from TPG readers and beyond. But despite the public outcry, Marriott executives moved forward with the rebranding, and the program updates will follow suit on February 13.

This isn't the first time a hotel chain has faced criticism for confusing, unpopular or simply unnecessary rebranding. In 2016, Hyatt customers were incensed over going from Platinum or Diamond status within the Hyatt Gold Passport loyalty program to becoming Discoverists, Explorists and Globalists in the new World of Hyatt. In fact, during a Reddit AMA (Ask Me Anything) with Hyatt's SVP of Loyalty, Jeff Zidell, one customer scoffed that the new tier names sounded like something out of "a children's reading program," saying, "I'll be saying 'I'm Diamond, or whatever stupid name you call it now' on the phone and at the desk all year long, in order to avoid even learning those tacky names."

Outside of the travel world, plenty of corporations have missed the mark on connecting with consumers through product or name changes. Here are some of US corporate history's most memorable branding hiccups.

Referred to by some as "the biggest marketing blunder of all time", the New Coke fiasco happened in 1985 when Coca-Cola tweaked its flagship product to improve its flavor and wanted to make sure the world knew. The iconic soft drink company found itself losing market share to Pepsi-Cola in the 1970s and early 1980s.As a result, Coca-Cola developed an official version 2.0, which more than 200,000 taste testers affirmed was tastier than both the old formula as well as Pepsi. Encouraged by the results, Coca-Cola made the fateful decision to announce New Coke on April 23, 1985, simultaneously pulling all original Coke from retail shelves and discontinuing its 99-year drink recipe.

For those with short memories or under the age of 25, Netflix wasn't always the ubiquitous streaming service it is today. Instead, Netflix sprung up during the days of DVDs, offering an alternative to Blockbuster and other in-person movie rental options. This was before the days of Redbox, and America was enchanted by the idea of receiving movies in the mail in "just" 3-5 short days.As Netflix expanded and grew, the brand evolved into a two-part business: the online streaming product developed and took on a life of its own. But a good number of old-school subscribers insisted on receiving their movies by mail. So in 2011, Netflix opted to rebrand that segment of its business under the new name Qwikster, via an announcement the Huffington Post described as "a YouTube clip that looked like it was made in three hours by a bunch of high school freshmen on day one of Introduction to Video Production."

If the company's goal was to use Qwikster to prove that waiting for movies in the mail is an archaic concept, it did an outstanding job. Qwikster survived one whole month before drowning amidst all the hatred and "qwik"-related puns directed its way. And despite its extremely short-lived lifespan, Qwikster still haunts Netflix today, more than seven years later.After all, "Qwikster and chill?" just doesn't have the same ring to it.

Tropicana eliminated the orange from its packaging

In 2009, this beloved American fruit juice brand had the audacity to change up its orange juice packaging, investing $35 million to replace its iconic logo and symbol of a ripe orange with a straw stuck in it with a sleek glass of orange juice and clean, sans serif fonts. The public's response was swift and harsh, using adjectives such as “ugly” or “stupid,” or resembling “a generic bargain brand” or a “store brand" in letters, e-mail messages and telephone calls.

Public outcry quickly tanked Tropicana sales by nearly 20%, representing approximately $30 million in lost revenue. To make matters worse, competitors quickly capitalized on the brand's failure by targeting outraged consumers. Just a scant six weeks after the new packaging reveal, Tropicana announced that it would revert back to the original designs.

Science fiction's best writers have come impressively close to being right about predicting the future. Unfortunately, when it came to rebranding the Sci-Fi channel, its marketing team didn't seem to have the same knack for predicting the future of public perception. The TV channel announced its rebranding to SyFy in 2009, stating that sci-fi encompassed an entire genre. "We couldn't own Sci Fi, but we can own SyFy," said then-president Bonnie Hammer. In the snarky words of TIME staff, the channel "could also have owned Sy Figh, Sigh Fae or SaiFai, if it wished." Public opinion agreed: A messageboard post six years after the name change suggested that many users felt the channel's "stupid" new name signaled the beginning of its quality decline. In fact, Urban Dictionary's top definition for the search term "syfy" is pretty blunt: "A modern butchering of the previously named 'Sci-Fi Channel.'"

Speaking of Urban Dictionary, the newly-named SyFy channel discovered that the particular spelling it chose to "own" is slang for syphilis. Oops. As Business Insider remarked, "Maybe the SciFi channel should have checked out Urban Dictionary before rolling out its new name."

Who remembers when Google rebranded itself to Alphabet in 2015? The move was a strategic play to break out Google's core advertising business from its non-core endeavors. Technically speaking, the Google we all know and use on a daily basis is still the same, and that's all that truly matters for 98% of us. But we still hate on the new parent company's childish logo despite the elaborate backstory behind its custom-designed font, and scrutinize its dubious success three years later... whenever we bother to think about Alphabet, that is.

In the scathing words of The New Yorker's Sarah Larson, "Google took something we trusted and filed off its dignity." Ouch.

Ever heard of Weightwatchers? Well, that brand is no more. As of 2018, you'll now have to turn to the ambiguous WW for support and community toward attaining your health goals. The company says that the goal was shifting focus from dieting to wellness, adding a tagline to match: "Wellness that Works." While the mission is commendable, the name can't possibly have made life easy for the company's social media and SEO teams.