Articles
Emily McNutt is The Points Guy's Global News Editor and is based in London.
Follow
May 30, 2018
•
7 min read 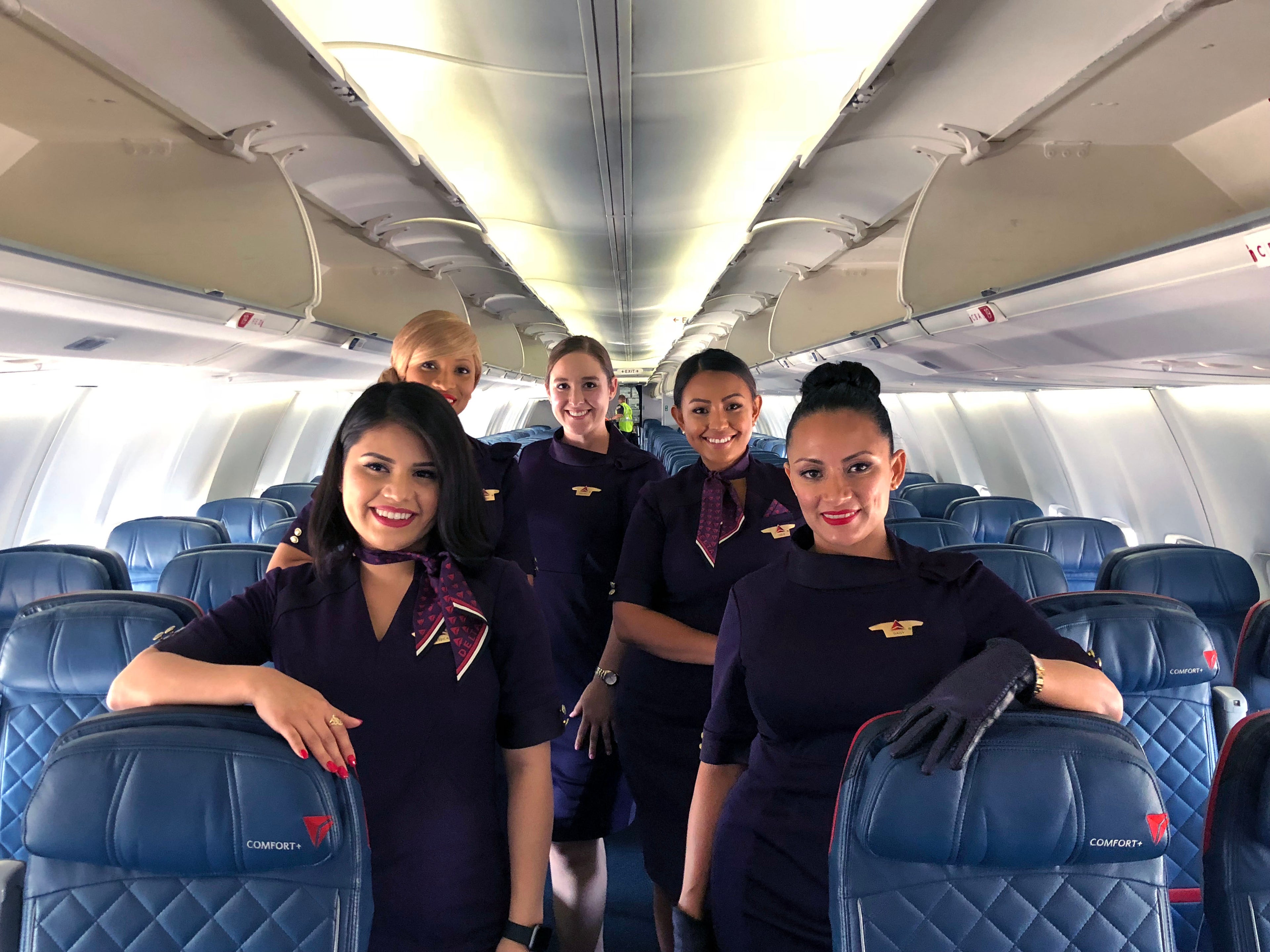 See Delta's New 'Passport Plum' Uniforms Being Rolled Out By CEO Ed Bastian
This post contains references to products from one or more of our advertisers. We may receive compensation when you click on links to those products. Terms apply to the offers listed on this page. For an explanation of our Advertising Policy, visit this page.

At first glance, Delta's new crew uniforms might be easy to mistake for another airline. The carrier, which has long been known for its iconic red and blue colors, is taking on a new identity with a new color highlighting the uniform collection.

On Tuesday, May 29, Delta unveiled the new collection for more than 64,000 employees across eight workgroups around the world. To celebrate, Delta displayed traveling fashion shows in Atlanta and Minneapolis, as well as in-air fashion shows on board Delta Flight 201 from Atlanta (ATL) to Minneapolis (MSP) and Delta Flight 1298 from MSP to Los Angeles (LAX), capped by an appearance by Delta CEO Ed Bastian in Atlanta.

The collection, which was created by world-renowned designer Zac Posen, brings together the two colors Delta has long been known for to create a new color, which it's calling "Passport Plum."

An initial look at the collection is a surprising one — especially for the most frequent Delta travelers. Never before have the plum color and Delta been so closely associated, and especially to the degree of featuring the color as the main focal point of its in-flight crew.

Even with the new Passport Plum color, Delta's new uniforms have drawn comparisons with that of competitors'. The color combination nearly resembles that of its partner airline Virgin Atlantic, in which Delta also owns a 49% stake.

So where did the plum actually come from? After mixing the red and blue of Delta's traditional colors, the plum stuck. According to Posen, the Passport Plum color originally started as an accent color for the men. After a positive reaction from Delta, the color was expanded — and is now arguably the focal point of the entire collection.

Posen — a frequent flyer himself, having taken more than 40 flights so far in 2018 — hopes that the new uniforms can signify excellence in the flying experience with Delta as a global carrier for frequent travelers.

A total of 134 new pieces made their debut on Tuesday. Along with Passport Plum, the collection also includes the introduction of four other colors: Cruising Cardinal, Groundspeed Graphite, Traveling Thistle and Skyline Slate.

The development process took three years for Posen and his team, Lands' End — which manufactured the uniforms — and a number of other partners, such as Sara Blakely's Spanx. Delta describes the uniforms as high stretch, wrinkle- and stain-resistant, waterproof, anti-static and deodorizing.

At Tuesday's unveiling, crew generally seemed in favor of the changes. And many, from the outside looking in, would say it was long overdue. "Above-the-wing" workers hadn't seen a uniform refresh since 2006. And, for "below-the-wing" employees, such as ramp workers and tech ops, it's been since 2000. Even with this major wardrobe overhaul, Delta elected to not change the uniforms of pilots, which will still be outfitted in white shirts and black ties.

Posen's uniform collection was initially unveiled in 2016 but underwent more testing with crew to make sure they were in the best possible shape before being rolled out.

Above all, Posen and Delta wanted to ensure that the new uniforms remained fully functional. As part of the three-year design process, Posen shadowed Delta workers in every position to get a new look at understanding the functionality required from their uniform. Then, 1,000 Delta employees tested out a prototype uniforms for three months, allowing Posen and his team to make required adjustments — more than 170 in total, based on feedback from employees.

Finally, as the uniforms were near final roll out, 16 cities around the world hosted Delta employees at fitting events in order to get a customized uniform. Delta says that more than 25,000 employees were individually fitted in person.

"Any change is controversial," Posen said of the introduction of Passport Plum. "But [Delta] wanted something that felt fresh and new within the Delta world." With his collection, he thinks he brings that fresh, timeless design and customizable fit to Delta and its employees around the world.

"I loved it; I loved the purple," said Deborah Tyler, who has been an international ticketing agent with Delta for 31 years. "I was surprised at first, but I embraced it immediately." Particularly, Tyler says that the new uniforms are a step above the old in that they're more flexible.

Frank Giglitto, a Los Angeles-based flight attendant with Delta for 28 years, sees the uniforms as a way for the airline to show itself as a global carrier. Giglitto worked on the project with Posen and colleagues for the past three years to be the voice of employees — something he thinks shows in the final uniform products.

In total, women flight attendants have four articles to choose from: a v-neck dress, skirt, pants and vest. Female ticketing agents have a color-block dress with an accent of Cruising Cardinal, and FAs and agents get a sweater. Male flight attendants wear a three-piece suit in Groundspeed Graphite with a blouse with winged collar, sweater, cardigan and mock neck. Ground ops, tech ops, cargo and ramp workers also have a new set of uniform options.

At Tuesday's unveiling, it was clear just how new the garb was for employees. Some back-end Delta employees could be seen just off the runway helping others to adjust new scarves. Flight attendants were advised to carry their bag a certain way so the Delta lettering and flight attendant's monogrammed nametag were showing. And while these uniforms are still new, Posen said that he's already working on a uniform refresh.

But first, Delta's hoping that this rollout of uniforms goes smoother than that did for its Dallas-based competitor American Airlines. When AA launched new uniforms in September 2016, as many as 1,600 flight attendants immediately reported health problems. This issue only grew larger for American Airlines and its then-manufacturer Twin Hill, as flight attendants soon sued the carrier.

In January, American Airlines announced that it had selected Lands' End — the same manufacturer behind Delta's Posen collection — to make replacement uniforms for its crew. For now, Delta and Posen stressed the process of selecting the highest-quality products to go into its crew members' uniforms.

As Tuesday wrapped up in Los Angeles — a day of unveiling that started in Sydney before making its way to Asia, Europe and the US — Delta hosted a final celebration in honor of the uniform launch. There, Delta employees gathered for a final celebration of the launch of the new look for the carrier by modeling (nearly) 90 years of past crew uniforms.