Articles
Lori Zaino is a writer for TPG and TPG UK covering travel, news, points and miles and more. She's been based in Madrid, Spain almost 15 years and is an expert in travel throughout destinations such as Europe, Southeast Asia and Africa.
Follow
June 06, 2022
•
8 min read 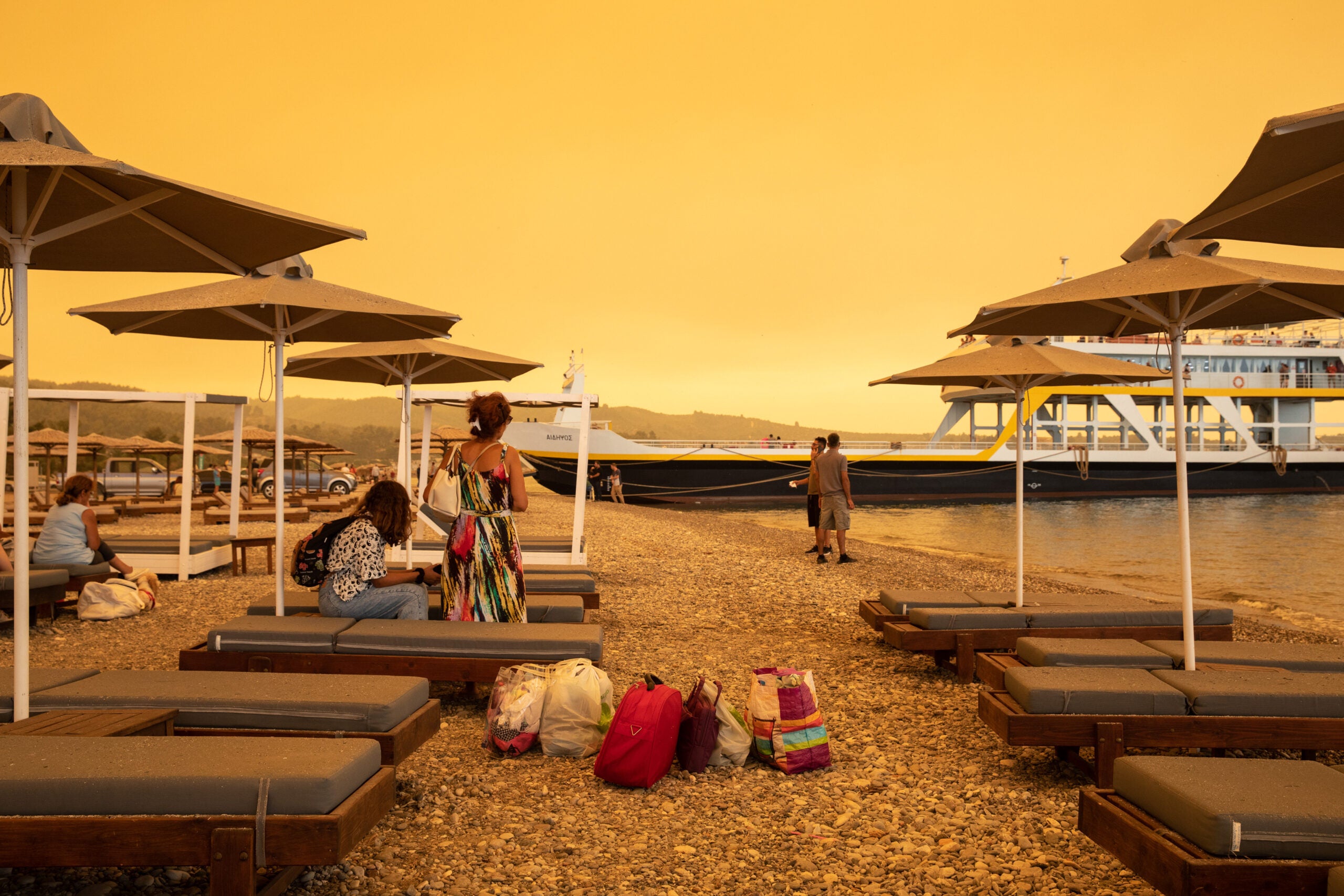 Greece is famous for its picture-perfect beaches and romantic island escapes. One of TPG’s favorite destinations to visit, Greece won last year’s TPG editor’s choice award as the top travel destination of the year in 2021, thanks to its sensible health measures, new influx of hotels, resorts, and flight routes, and its unwavering support of the cruise industry.

Sign up to receive the daily TPG newsletter for more travel and airline news.

When it comes to Greece, we encourage travelers to think outside the box. The country has hundreds of islands, but also an expansive mainland rife with natural wonders such as mountains and marine parks, as well as vineyards and historic monuments. For alternatives to popular spots like Santorini, Mykonos and Athens, consider one of these more underrated destinations in Greece.

Related: Why the one Greek island I’d always avoided is now one of my favorites

You may have never even heard of Kastellorizo, an island also known as Megisti, until now. Closer to Turkey than to Greece, the island will captivate you. Ease yourself in and start with its beautiful harbor, where the sun shines down on colorful neoclassical buildings scattered along the seaside.

Just like many Aegean and Mediterranean islands, Kastellorizo features a blue grotto sea cave to explore by boat. Another must-see is the Palace of the Grand Master of the Knights of Rhode, which offers views of neighboring Turkey from its perch on a reddish hill.

The largest protected marine area in Europe, Alonissos Marine Park is one of the best destinations in Greece to view marine life, most notably Mediterranean monk seals. It’s also a prime spot to scuba dive, snorkel or even visit historic monasteries and churches.

The park is made up of several islands (some uninhabited) that are covered in pine and strawberry trees, orchids, wildflowers and herbs such as wild sage and oregano. Underwater, there are numerous types of seagrass that more than 300 marine species call home. Visitors may also spot dolphins, sperm whales and loggerhead turtles in the Alonissos waters.

The hills of Mount Olympus hold far more than just tales of Greek mythology. They’re also home to the town of Rapsani and its accompanying vineyards. Rapsani is a red wine created from a blend of three different grapes: Xinomavro, Krassato and Stavroto. Visiting this sloping wine region is truly an off-the-beaten-path experience.

In order to access the vineyards that climb up the hills, you’ll need to get off the road and drive along dirt trails. Pair a visit to the most famous winery in the area, Tsantali, with a trip to the nearby Mount Olympus National Park.

Nafplion is one of the most beautiful and romantic towns in the Peloponnese region of Greece for an alternative seaside holiday. An easy drive from Athens, Nafplion features a picturesque old town and harbor that are perfect for strolling.

Arvanitia Beach is pebbly but has clear turquoise water ideal for a refreshing swim. Make sure to visit the Bourtzi Castle, a 15th-century medieval fortress that sits on a tiny islet just off the coast of the charming town.

If you don’t have enough time to head to the Greek islands, a visit to the Athens Riviera, a stunning stretch of coastline, gives you an easy dose of sand and sun. Just 30 minutes away from the Greek capital, the coastal area is accessible by car or even tram from Athens, so you don't need to fret over the ferries.

The area teems with many beautiful beaches, plus fancy nightclubs, quaint harbors, hidden sea caves and tranquil fishing coves. One of the most popular areas to visit with a few sandy beaches is Voula, which also has towering rocks that overlook Lake Vouliagmeni.

Spend the night at the new(ish) Four Seasons Astir Palace Hotel, a fancy hideaway just 30 minutes from Athens city center on the tip of the Riviera.

Greece has an immense amount of natural beauty beyond just its most famous islands. If you're an outdoorsy type, we recommend heading straight to Vikos Aoos National Park in northwest Greece.

The park is named after its precipitous gorges, Vikos Gorge and Aoos Gorge. Besides exploring these two epic natural wonders, travelers can enjoy outdoor activities among the many rivers, canyons, lakes, mountains and woodlands within the park. Expect to see a number of different bird species, plus animals like otters, foxes, wolves and deer — and watch out for brown bears!

Part of Greece but in the Macedonia region, Kastoria is often compared to the Amalfi Coast, only without the tourists. The Hellenic town sits along a peninsula that juts out into Lake Orestiada. The lake — deemed a national monument in Greece — is backed by rocky, wooded mountains.

Besides enjoying the lake, visitors can explore the Byzantine churches and Ottoman architecture in Kastoria. One of the most important attractions is the Panagia Mavriotissa Monastery, which sits on the shores of the lake and dates back to the 11th century.

An island often frequented by Greek travelers, Elafonisos sits off the coast of the Peloponnese region near Athens. Although it’s tiny, Elafonisos still has abundant white-sand beaches and crystal clear waters. Besides the island’s glorious beaches (Simos Beach is a favorite for its unique shape), there are ancient ruins to explore.

Divers can appreciate the island’s underwater ruins, too. Pavlopetri is one of the oldest complete sunken towns found underwater. The best part? Elafonisos is only a 10-minute ferry ride from Pounta, a port in the Peloponnese region, perfect for travelers who want to minimize travel time on their vacation or who get seasick on long ferry rides.

This Greek island in the Ionian Sea is one of the few islands in Greece you can actually drive to — it's connected to mainland Greece by a causeway. Even though it's technically not a freestanding island, it's just as breathtaking as its island neighbors, with white-sand beaches and charming Greek villages. One of the island's most iconic beaches is Porto Katsiki, backed by an enormous, awe-inspiring cliff.

Windsurfers should head to its southern beach Vassiliki, while kitesurfers will prefer the beaches in the north of this breezy island. If you need a sand and sun break, check out the fishing cove Sivota, visit the coastal village of Vlichos or soak in the natural beauty of Karia, a tiny hamlet located in a fertile valley further inland.

Even if you want to spend a romantic holiday in Santorini, a family weekend in Athens or a getaway partying in Mykonos, remember that Greece is a large country with hundreds of islands, 10 national parks and many other great places to visit. There are plenty of destinations for travelers who want to get off the tourist track or try something a little different.