10 things no one tells you about... Athens, Greece 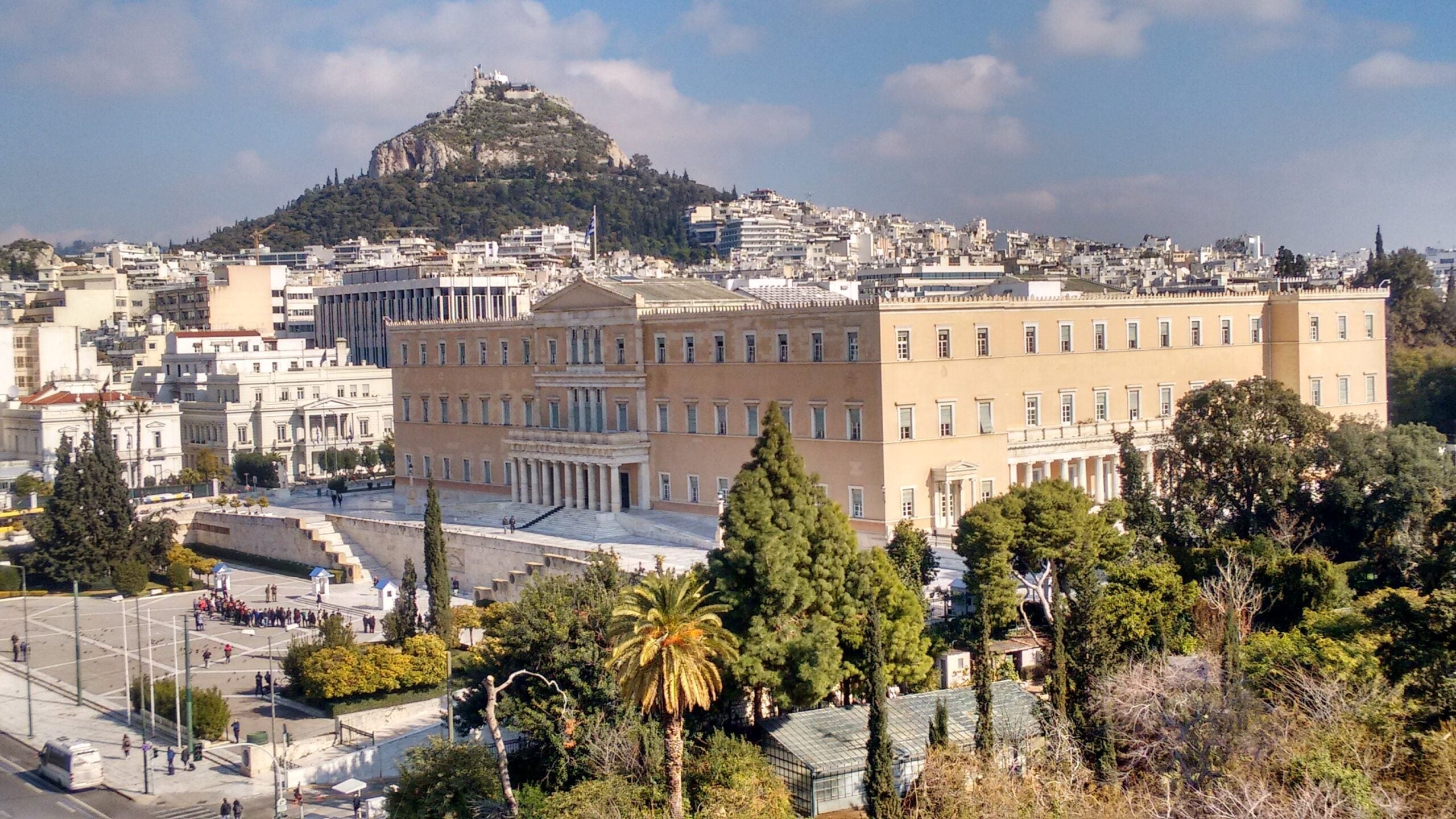 Athens is the birthplace of democracy and home to some truly epic archaeological sites, but you already knew that. Yes, the Acropolis is magnificent, but the coolest things in the bustling Greek capital are sometimes right where you least expect them. Here's the lowdown on where to find the best views, cool cocktails, secret museums and other local favorites.

1. Athens Is a huge city — but not hard to navigate

There's no getting around it, Athens is huge. While the central areas of Syntagma Square and Plaka are relatively compact, to get to places farther afield you might want to cab it.

Alternatively, you can hop on the metro, which is sleek and modern with cool nods to the past, especially at the Monastiraki (pictured below) and Evangelismos stations, where ancient ruins are exposed. Note that it mostly shuts down between 12:30 a.m. and 5:30 a.m. and can be very crowded during rush hour. Trips to the airport take about 45 minutes from Syntagma Square and require a special $12 ticket; the X95 airport bus costs just $6 and runs 24 hours a day.

2. Where to view the Acropolis from above

Lots of spots boast great Acropolis views, but you'll be looking up at it. For the most truly epic view of the sacred rock, head up to the rooftop terrace bar at the St George Lycabettus Hotel in Kolonaki. From the Syntagma area, walk up steep Pindarou Street until it ends and you'll see the hotel on your right. Take the elevator that's to the left of the reception desk to the seventh floor and behold — all of Athens will be at your feet, with the Acropolis in the center and beyond it, after the sun sets, the twinkling lights of freighter ships in the Saronic Gulf. Yes, it's insanely romantic, so let the ouzo roll.

3. Have breakfast at the Acropolis Museum

If there's one Greek myth that needs shattering, it's that the only decent place for breakfast in Athens is at your hotel's buffet. Sure, it might be fine, but chances are it won't beat the one served at the Acropolis Museum's second-floor restaurant. Inside or on its vast terrace with the Parthenon in full view, you can graze on the likes of fried eggs and Thracian prosciutto, mini-pancakes with grape molasses, full cream Greek yogurt with thyme honey and seasonal fruits, among other treats. Remember, you don't need to visit the whole museum to enjoy the restaurant — just ask for a free admission ticket from the ticket desk.

The most famous museums in Athens are packed with treasures but if you want to experience antiquity away from the maddening crowds, branch out. At the Kerameikos Archaeological Museum, located on the site of ancient Athens' principal burying ground, you can see painted vases, ostraka (pottery shards used to vote) and ancient pieces of jewelry. Across town in Kolonaki, the Museum of Cycladic Art showcases not only ancient Greek and Cypriot artifacts but hosts dynamic contemporary exhibitions as well. The Benaki Museum displays an impressive range of Greek art at a rambling mansion in Kolonaki and also runs one of the best museum gift shops in the city.

5. Go beyond the gyro

You won't have to go very far for a good gyro in Athens, but pastourma, or Greek pastrami, takes street food to the next level. The best place to try it is at Karamanlidika in the spice market area. Proprietor Fanis Theodoropoulos will cheerfully remind you that pastrami is a word with Greek roots and that the best comes from prime brined camel meat — though other meats will do — that's seasoned with fenugreek. And while any dish at this atmospheric Greek deli will get those taste buds dancing, definitely try the fried Caramanli — it's eggy and tomato-y, and a delightfully Hellenic take on Israeli shakshuka.

6. See where the street art shines

Greece has a vibrant street art culture and if you're staying in the Plaka, wander over to neighboring Monastiraki and Psirri to check it out. For the most brilliant stuff though, head to scruffy Exarcheia, the traditional stronghold of Greek anarchists. Exarcheia is probably the most under-Instagrammed hood in the city, bordering the better-known and decidedly more upscale Kolonaki neighborhood.

7. Catch a movie under the stars

Athens wrote the book on outdoor summer cinema and catching a flick al fresco in the city center is an experience not to be missed. The classic go-to spot is Cine Aegli, tucked inside the lush National Gardens. A Greek hairdresser started the rooftop Cine Paris in the 1920s, which is located in the Plaka, with the western slope of the Acropolis in a supporting role behind the screen. My favorite outdoor spot is Cine Dexameni in Kolonaki. After walking up a steep hill — it's under the south slope of Mount Lycabettus — you'll enter a courtyard redolent of orange blossoms and honeysuckle. This is in-crowd country and if you don't care for the cinematic offering du jour worry not, there's a full bar.

Athens has a rollicking bar scene and creative cocktail culture. Example A: The Clumsies, a posh "all-day bar" where a mojito could well come with a smidge of edible mint and green apple toothpaste, presented on a toothbrush. Another great spot is Noel where a Yuletide decor prevails all year long. At chic Shamone, in the Gazi district, you'll want to try the eponymous cocktail with sour cherry nectar, ginger and mastiha, a unique, silky liqueur made from Chios mastic resin — Skinos is among the best.

9. Piraeus is more than just a ferry port

So, you thought Piraeus was just a gritty place to catch that ferry to Santorini? Think again. Piraeus, historically the home of the Athenian Navy, is now where you'll find some of the best seafood restaurants in all of Athens. In the Mikrolimano area, you'll feel like you're on an island already — a taxi from the Piraeus metro station should get you to Mikrolimano's pretty round harbor in under 10 minutes. Once there, sip an espresso freddo by the water's edge or try to snag a table with a sea view at Varoulko Seaside, overseen by Michelin-starred chef Lefteris Lazarou — try the steamed monkfish with olive oil and peppers. Piraeus also boasts a small but impressive archaeological museum that's worth checking out.

Craving that slice of Mykonos? Worry not, because you can go for a swim and an awesome gourmet lunch on the nearby island of Spetses and be back in Athens in time for dinner. This little island has a vaunted place in contemporary Greek history, having had a major role in both fighting for and funding Greek independence from the Ottoman Empire. It was also the home of female naval commander Laskarina Bouboulina and every September, locals torch a replica Turkish brig to commemorate the famous harbor battle. A ticket on Hellenic Seaways costs about $40 and the journey from Piraeus can take as little as an hour and 45 minutes. Have lunch on the terrace of the Poseidonion Grand Hotel facing the harbor; a pleasant walk through the little town takes you to some eminently swimmable little beaches.

Don't let the thought of visiting Athens overwhelm you -- it may be big but with these handy tips and tricks you'll have a terrific time. Go off the beaten track, don't eat your breakfasts just at your hotel and walk that little bit further for the best views.