The cheapest Michelin-starred meals around the world 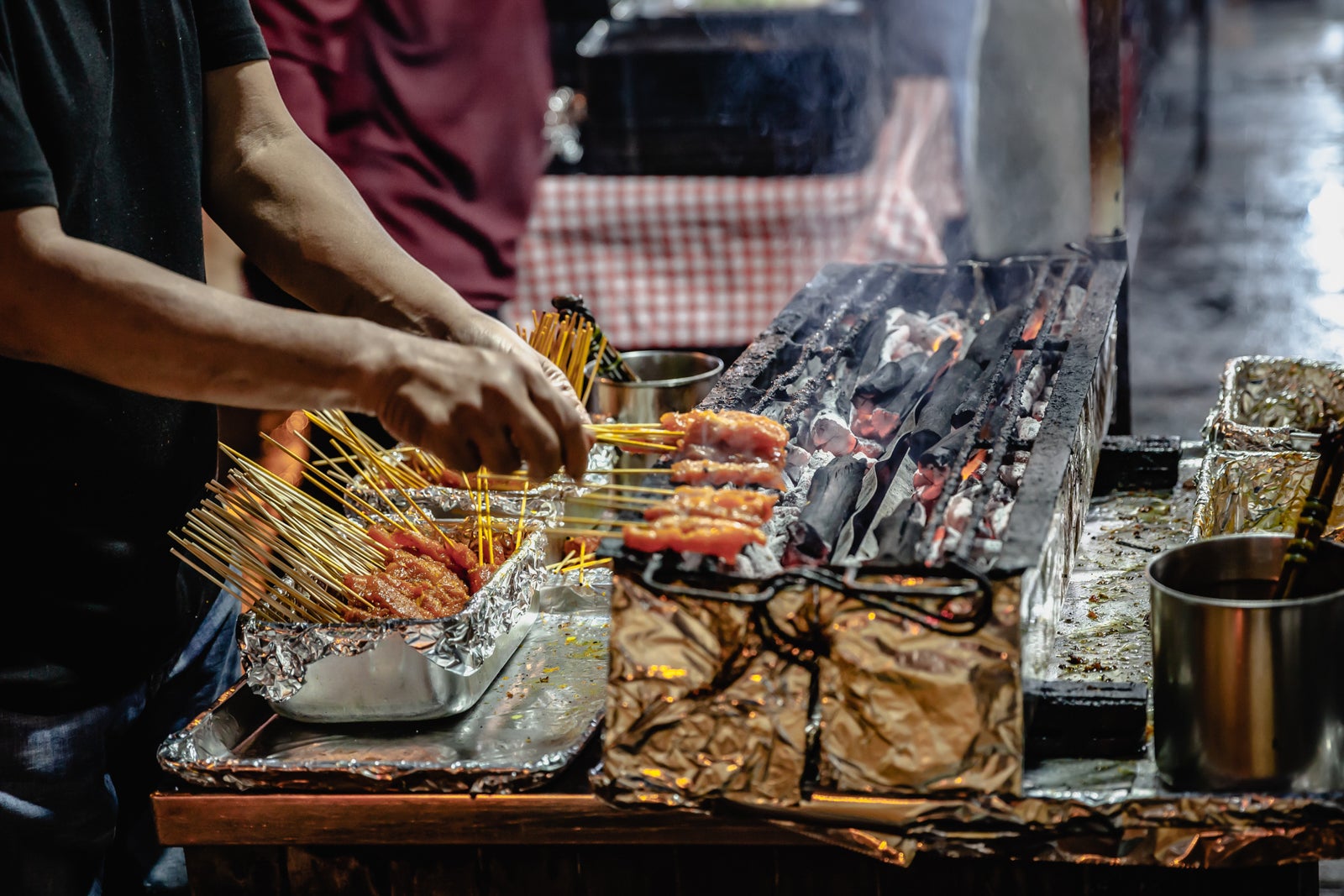 Editor’s note: The team at The Points Guy loves to travel, but now is not the time for unnecessary trips. Health officials note that the fastest way to return to normalcy is to stop coming in contact with others. That includes ceasing travel. We are publishing some travel guides because we should all use this time to think about and plan our next adventures.

The cheapest Michelin-starred meal is the notorious Liao Fan Hawker Chan in Singapore, which will run you about $2, but you don’t necessarily have to book a flight to Southeast Asia for top-tier, low-cost fare. We’ve listed some of the highest-rated meals around the globe, from Singapore and Hong Kong to Spain and Hungary -- and they’re all comfortably under $30.

Hawker centers may have made their way into the North American zeitgeist after that mouthwatering scene in "Crazy Rich Asians," but the outdoor dining halls have been a staple in Singapore forever — and for good reason. Liao Fan Hawker Chan, a Hong Kong-style street food stall at the Chinatown Complex Market & Food Centre, is the cheapest Michelin-starred restaurant in the world. The house specialty, Soya Sauce Chicken Rice and Noodle, will run you about $2.20 (or 3 Singapore dollars)

This Michelin-starred dim sum restaurant boasts more than 46 restaurants in seven countries around the world, but your best bet is still the original location in Mong Kok. Incredibly, two of its satellite restaurants in other districts of the city, Sham Shui Po and Tai Kok Tsui, have each received their own Michelin stars. Dubbed “the world's cheapest Michelin-starred dim sum.” each item from the à la carte menu will run you about $3.80 (or 30 Hong Kong dollars).

Modern décor and thoughtful presentation await you at this authentic Jinju-style spot in Seoul. Hamo (which means "of course" in the Gyeongsang province dialect) honors traditional Jinju cuisine, like Jinju bibimbap with seasoned raw beef and house-made fermented condiments, while remaining humble and unpretentious. The à la carte menu starts at about $7 (or 8,000 South Korean won).

With its one Michelin star in food-loving Osaka, Chugokusai S.Sawada boasts a Chinese set-lunch menu for just $9.70 (or 1,080 Japanese yen). Although the Michelin guide Kyoto Osaka includes an eye-popping total of 40 two-star restaurants and 139 one-star restaurants, this elegant Hong Kong-inspired venue combines Chinese flavor and Japanese finesse while serving up everything from shirako mapo tofu to grilled Chinese mitten crab dumplings.

This humble street-food eatery in Bangkok serves up an à la carte Thai meal for around $12 (or 400 Thai baht). The first-ever Michelin-starred restaurant in Thailand is well known for its khai jeaw poo (crab omelet), and poo phad phong karee (stir-fried crab made with curry), and although it may have experienced a largely unwanted surge in popularity, the quality of the cuisine remains top-notch. According to an Eater report, the neighborhood restaurant would have preferred to remain low-key.

Despite its location in one of the most notoriously expensive Tokyo neighborhoods, this Japanese eatery specializes in set kaiseki lunches for just $12.25 (or 1,300 Japanese yen). The menu features flame-seared bonito straight from Shikoku and Ichiban salt from the Goto Islands. This Michelin-starred venue offers some of the highest quality ingredients available.

Tucked into a former flour mill in the middle of the Spanish countryside, this modern Spanish set lunch will run you about $16.60 (or 14.50 euros). This contemporary restaurant, which offers tapas and dishes from a tasting menu, is a great option for family-style sharing lunches and day dates. We recommend opting for the house specialty: Alcachofas y langostinos flambeadas al ron (artichokes and prawns flambéed with rum).

The Coach in Marlow, United Kingdom

This Michelin-starred pub in Marlow, located about 33 miles west of London, will make you question everything you know about fine dining — in a very good way. Here, you’ll be greeted with the same brick walls, dim lighting and bar seats you’d find at your local watering hole — and your favorite comfort food all grown up. We’re particularly keen on the burgers, Scotch eggs and fish fritters, which cost around $17.75 (or 14.50 euros).

Local ingredients from small producers are featured items on the menu at this two-Michelin-starred spot. Tuju is headed by local chef Ian Ralston, a young chef who highlights the very best that São Paolo has to offer while showcasing his technical skill and finesse. Seasonal specialties include the Alcachofra de primavera, caldo de queijo tulha, ervilhas e mostarda (locally-sourced artichoke on a bed of peas and mustard), which costs about $22.40 (or 85 Brazilian real). We highly recommend saving room for dessert: the creamy Panna cotta with Santa Isabel grape syrup is to die for.

This modern German eatery boasts a set-lunch menu for about $29.60 (or 26.50 euros). The menu changes with the season and Fritz's Frau Franzi is best known for its sophisticated fusion plates, including Bavarian prawns with wild mushrooms and bok choy and lasagna with oxtail ragout and Belper Knolle cheese. Note that set lunch at the bar is only available Thursdays to Saturdays.

Related stories
Use these shopping portal bonuses to earn extra miles this holiday season
Using miles and points to book airline tickets and hotels for others
Maui magnificence: A review of Kaanapali Alii, a Destination by Hyatt Residence
Target’s big annual gift card sale is this weekend
Featured image by Getty Images/iStockphoto