9 things I wish I knew before visiting Greece 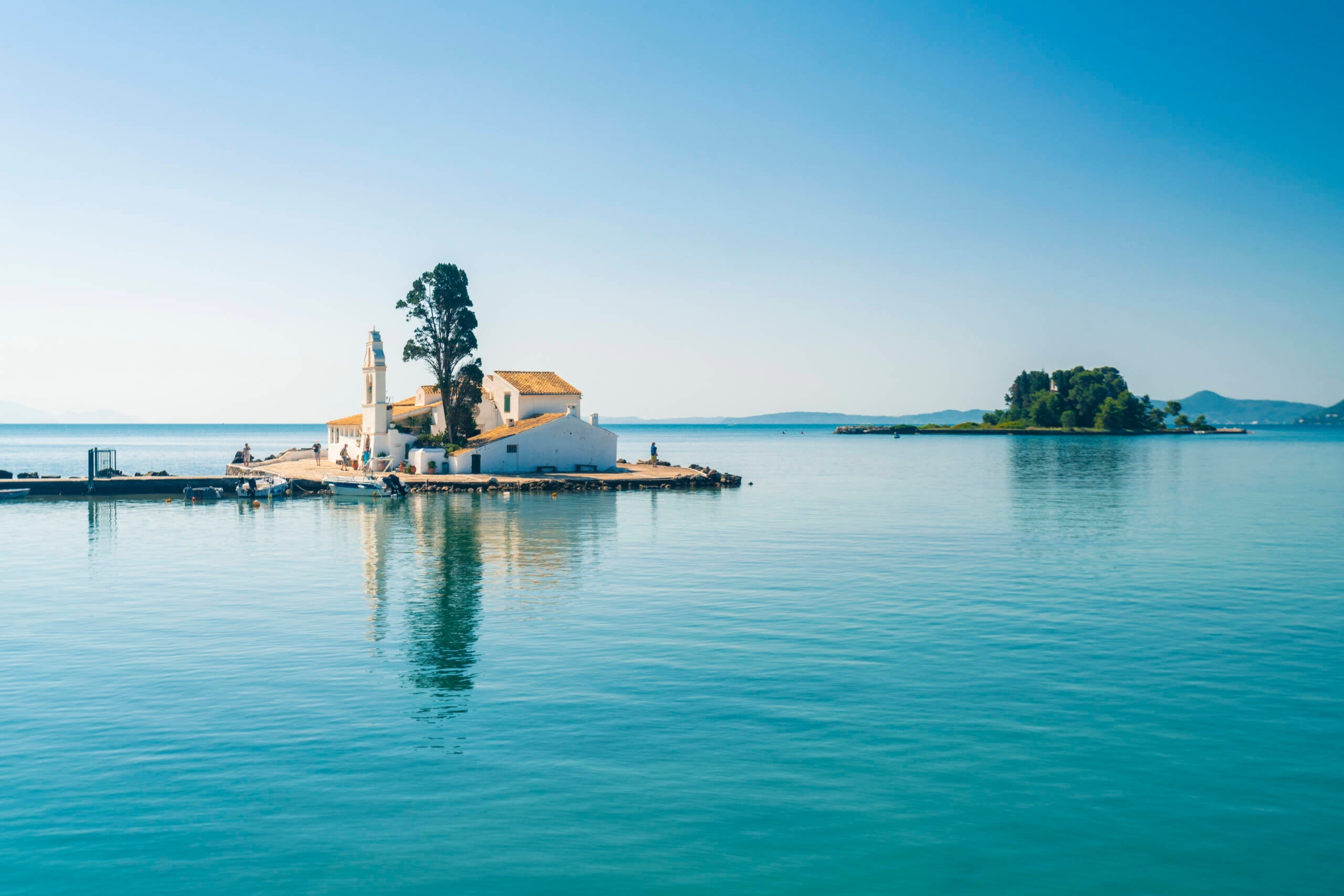 When it comes to deciding where to go next, Greece is typically a slam dunk. Whether it's a beachy island getaway you're after or an Athens (or perhaps Thessaloniki) city break that blends sightseeing by day with ouzo gulping by night, the mythic Mediterranean country ticks all the right boxes for classic vacations but wait -- there's more. Lots more.

Landing in Athens is the easy bit, but once you're on terra firma you'll find yourself immersed in both epic history and some rather iconic landscapes, too. How you navigate this richness is largely up to you, but the more you know before you go, the more capably you can decode all those big fat Greek travel mysteries. Keep the following things in mind to help you steer clear of the cliches and make the most out of your experiences in Greece.

1. Don't just make the Acropolis in Athens your priority

Making the Acropolis the focus of a jaunt to Athens is like making a trip to Paris about visiting the Eiffel Tower -- so don't do it. Instead, do like the Athenians do and drink in views of the sacred rock from any number of rooftop bars and restaurants in the vicinity, or better yet wake up to a view of it from your hotel room. And the best views of Athens as a whole are actually from the top of Mount Lycabettus anyway (take the funicular in the Kolonaki neighborhood to the top).

Dodge the tourist crowds marching up to the Parthenon and instead inspect the arguably more evocative ruins at the foot of the Acropolis in the ancient agora area. I'd also suggest skipping the Acropolis Museum (which as long as the Elgin marbles remain in London is actually not so blasphemous) and divert your cultural hours to the National Archaeological Museum across town. It's a bit fusty but still the best museum in Greece. Essential smaller museums include the Benaki Museum and Museum of Cycladic Art, both of which blend ancient artifacts with excellent contemporary exhibitions. If you fancy a Picasso or Van Gogh fix, the Goulandris Museum is a must.

I've seen this over and over (and over) again: tourists who enjoy a hearty international-style buffet breakfast at their hotel and then opt for a gyro or souvlaki platter for lunch and then again for dinner. Don't get me wrong, authentic Greek gyros are pretty scrumptious and at about 3 euro ($3.50) each, it's a fiscally attractive dining option, too. But Greek gastronomy is more diverse than that and experiencing at least some of it can be a highlight of your trip.

To savor a Greek breakfast staple you'll almost never find at a hotel buffet, try strapatsada, a delectable dish made with eggs (usually scrambled), feta cheese, fresh tomato sauce and a dash of olive oil. One of the best is served at the restaurant of the Acropolis Museum in Athens (you don't have to pay for museum admission to eat at the restaurant). For the best seafood, shun the touristy tavernas around the Plaka and head instead to Piraeus, where the seafood is generally cheaper, fresher and comes with sea views, too. Vegan restaurants are also taking off, particularly in Athens.

The spirit of ancient Greece lives on in the weekly laiki, or outdoor fruit and vegetable markets that take place rain or shine throughout the year. A visit to a laiki is a great way to get an eyeful and taste of nature's bounty for which Greece is justly famous for. Every neighborhood in Athens has its own laiki and some are bigger and better than others. One of the best is in Pagrati, on Archimidous Street right behind the Panathenaic Stadium (the world's only stadium built entirely of marble). Besides organic produce, you'll find plenty of traditional comestibles like extra virgin olive oil, halva and honey for sale.

One of the greatest Greek myths is that the many islands are strictly for summertime escapes, but that's far from the case. True, many islands rock their Greek summer vibes best in the peak months of July and August (the months that also pull the most crowds), but swimming season heats up as early as May and in many places doesn't wind down until November. Little islands near Athens like Hydra and Spetses are worth visiting even in winter.

Read more: 15 of the most beautiful villages in Europe

When you are in Piraeus Port you'll see many advertisements for three-island cruises that promise you a mini-odyssey to a trio of islands close to Athens. Generally, these are Aegina, Hydra and Poros. Focus on one island instead. Packing three islands into a single day trip is something that Greeks themselves would never do — it diminishes both the quantity and quality of your time. If you are really into ancient ruins, spend time on Aegina. For dramatic scenery, Hydra's the spot. Amongst all the islands within an easy ferry journey from Athens/Piraeus, Poros easily qualifies as the quiet charmer where you could linger for hours over Greek coffees and delightful harbor views.

Greece has some 6,000 islands, of which about 227 are inhabited. That represents a lot of geographical diversity. Some islands have gorgeous beaches -- think Mykonos, Kefalonia and Corfu -- while others have a mix of decent beaches and landscapes that offer up the possibility of more varied activities. Kalymnos is the place for rock climbing and bouldering, Paros is ideal for windsurfing and kite surfing, Sifnos and Tinos (and to a certain extent Santorini) are much favored by foodies and so forth. The shoulder season, April to June and also October, is often ideal for these beyond-the-beach pursuits.

7.  Skipping Santorini is not a sin

Two essential Santorini travel facts: The first is that yes, it's a geologically unique island and the second is that yes, you should probably also skip it. How dare I? Well, due to far too many cruise ships disgorging way too many people onto such a small place, the wisp of an island has degenerated into a sort of hyper-sanitized Selfie Island and really, how much fun is that? The views over the volcanic caldera are cool as are the Minoan ruins at Akrotiri but the beaches aren't great and the good hotels and restaurants tend to be overpriced.

8. You should visit Greece during Easter

Greeks celebrate Easter with a fervor most Europeans reserve for Christmas -- and the enthusiasm has a distinctly non-commercial flavor at that. The Greek Orthodox Church still holds sway over many aspects of contemporary Greek life and Easter week is when some of the more celebratory aspects really kick in, with all manner of feasts and public processions that begin on Palm Sunday and vary from location to location but that are particularly colorful on islands like Corfu.

Greece is more than Athens and the islands. The region of which Athens is a part, Attica, is home to some of the most important sites in antiquity from Marathon to Cape Sounio and the Temple of Poseidon. South and east of the Greek capital, the Peloponnese offers a dramatically chiseled coastline and plenty of historical gems, too, like the city of Nafplion -- the first capital of Greece -- and the remarkable fortress isle of Monemvasia. The northern city of Thessaloniki, named after Alexander the Great's half-sister, is worth a detour for its history, museums and excellent restaurants.

Greece is a country with attractions that are so iconic everybody thinks they already know the place, and to varying degrees maybe they do, but not unlike Madonna, there is a lot more to her than meets the eye. It's when you avoid insisting on the cliches -- you probably don't need a whole day to snap selfies at the Acropolis or an overpriced seafood lunch in the touristy center of Mykonos town -- that the colors of Greece really begin to reveal themselves.

And if you can avoid those peak crowded months of July (especially the second half) and August you'll very likely have a better vacation experience in Greece overall.

Our points-obsessed staff uses a plethora of credit cards on a daily basis. If anyone on our team wouldn’t recommend it to a friend or a family member, we wouldn’t recommend it on The Points Guy either. Our opinions are our own, and have not been reviewed, approved, or endorsed by our advertising partners.
See all best card offers
Related stories
News
Turf war: United puts biggest jet on new San Diego flight after Alaska unveils new route
Guide
Got one of the popular credit cards? Here are the others you should get to boost your points
News
Flying United's retrofitted Boeing 767-400 with 'real' Polaris business class
News
How to use your Amex Uber credits for rides and meals