Everything you need to know about planning a vacation in Mykonos 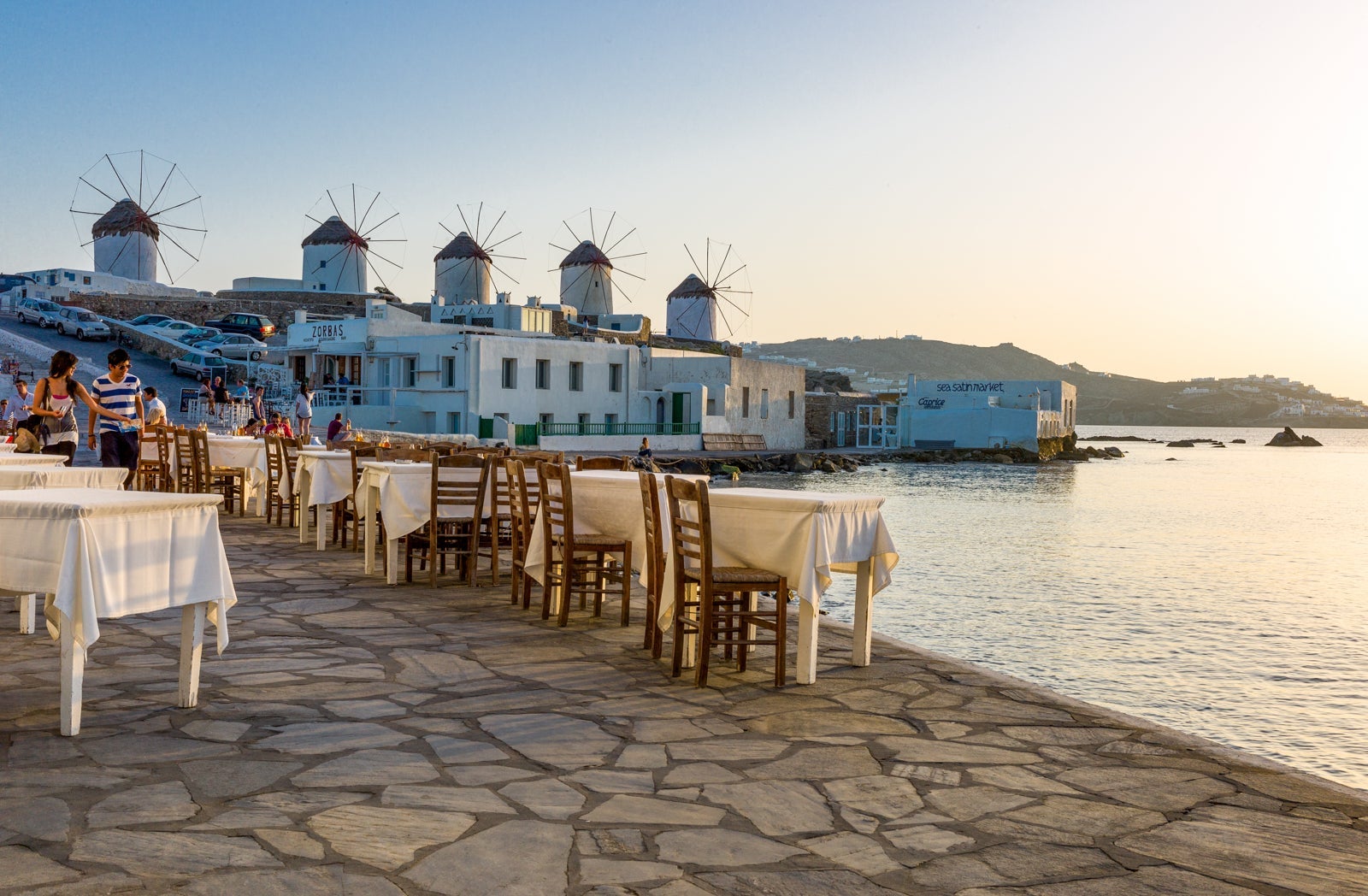 Among the pantheon of Greek islands, none is more mythic than Mykonos. Sure, Santorini has the ravishing views over the caldera, but Mykonos has everything else. From the iconic winding lanes of Chora, the main town, to impossibly chic hotels to the celebrities like Lindsay Lohan and Katy Perry who make this Mediterranean rock their secret Instagram weapon.

They aren't coming for the sights, because with the notable exception of the archaeologically rich adjacent isle of Delos, there actually aren't any. This is the hedonistic playground of beachside DJs and party vibes that knows no end — an official brochure from 20 years ago says the island shows "a complete lack of restraint and climate truly divorced from anything that resembles everyday routine."

But Mykonos is popular and only about one-fifth the size of its sister in revelry, Ibiza. Between that and its global following, even the most expensive and luxurious accommodations fill up come July and August — a time when finding a last-minute deal will generally mean having to find another island. So, if you're thinking about your own rockstar trip to Mykonos, now just might be the perfect time to start planning.

Getting There and Getting Around

According to Hellenic Civil Aviation Authority statistics, the compound annual growth rate for passenger arrivals at Mykonos International Airport (JMK) for the decade ending in 2018 was 12.6%. International visitation, or passengers arriving by plane and ferry, has been increasing about 8.5% year on year (obviously, 2020 and 2021 will be exceptions). But despite a planned expansion, the airport hasn't changed much since opening in 1971. The good part is that the short hop from Athens takes just about 35 minutes on Aegean. If you opt for a ferry from Piraeus (the port of Athens), your best option is with Seajets.

Once you're on the island, you can get around both by local bus and taxi. In peak summer, expect the former to be crowded and the latter to be both expensive and hard to come by. So unless you want to park yourself at a resort for most of your stay, you should plan on renting a car or quad to ensure swift access to beaches (though finding a place to park can still slow you down) and other spots around the island — and better to make your reservations before you arrive.

Caiques (little boats) depart hourly from Ornos and Platis Gialos to all main beaches on the south side from 10 am to 5 pm, for a $12 return ticket or $24 day pass. Service may be suspended if the winds get too high.

Mykonos has a surprising number of good beaches relative to its size, with the general rule of thumb being you'll find trendier beaches on the south side and less crowded beaches on the north side, where it tends to be windier. You can take a kitesurfing lesson at Ornos Bay, close to Mykonos Town. Just east of Paraga and Paradise beaches in the south, Super Paradise is one of the most famous gay beaches in the world. Elia beach is another good bet for seaside indulgence, while east of that there's Kalo Livadi which Lindsay Lohan liked so much she built her Lohan Beach House there. If scuba diving and other water sports are more your things, check out the beaches of Kalafatis and Lia, east of Kalo Livadi.

The northern beaches tend to be more pebbly and tough to get to without a car, but worth making the effort for beautiful spots like Panormos (great for windsurfing), Ftelia and Agios Sostis (nudists welcome). The rocky cove of Fokos has an off-radar but high-end beachside taverna, while even in summer you might have nearby Myrsini all to yourself.

Mykonos is perhaps the world capital of the trendy luxe beach club (remember clubs?), where cosmopolitan menus, drinks and DJs make for a heady mix with the turquoise sea for a front yard. The beach clubs are mainly on the south coast of the island and one of the best is Nammos, located on Psarou beach. There's also Jackie O at Super Paradise, while the vibe takes an artsier turn at Scorpios, a lair of the jet-set where watching the sunset is a communal, acoustically-curated event. Principote ups the glam quotient at Agios Sostis. Whether you opt for simple or swanky, dining out in Mykonos rarely disappoints: Bakalo, Salparo, Bill & Coo Coast Taverna, Beefbar, Bao's and Cavo Paradiso (the latter at Paradise beach) are just a few of a myriad of great spots.

Hotels in Mykonos try to outdo each other for Cycladic glam and perfection. Typically, to experience that Mykonos magic to the max you want to steer clear of crowded Chora, although TPG himself has enjoyed the Hotel Belvedere Mykonos. For a sophisticated resort with private beach appeal on Ornos Bay, a good bet is the expansive Santa Marina Resort, an SPG Luxury Collection property that we reviewed (though you needn't stay there to frequent its beachfront Buddha Bar).

And for those who like to be a little ahead of the curve, Aegon Mykonos is an Autograph Collection hotel at Kalo Livadi.

Ancient ceramics, including some from Delos, and other artifacts find their home in the Mykonos Archaeological Museum; the Mykonos Municipal Gallery is also worth a stop for its thoughtfully curated temporary exhibitions.

The ancient sanctuary island of Delos — mythic birthplace of Apollo — is a UNESCO World Heritage site roughly five miles southwest of Mykonos. The boat ticket to what's been called the Pompeii of Greece is $24 and tack on another $13 for admission to the local museum and vast archaeological site, home of the famous Dionysian stone phallus, the Terrace of the Lions and other evocative ruins. Everyone has to leave after sunset, but up until then the sun is bright so don't forget to bring a hat and plenty of water.