7 things no one tells you about the Greek islands

Articles
Lori Zaino is a writer for TPG and TPG UK covering travel, news, points and miles and more. She's been based in Madrid, Spain almost 15 years and is an expert in travel throughout destinations such as Europe, Southeast Asia and Africa.
Follow
April 17, 2022
•
7 min read 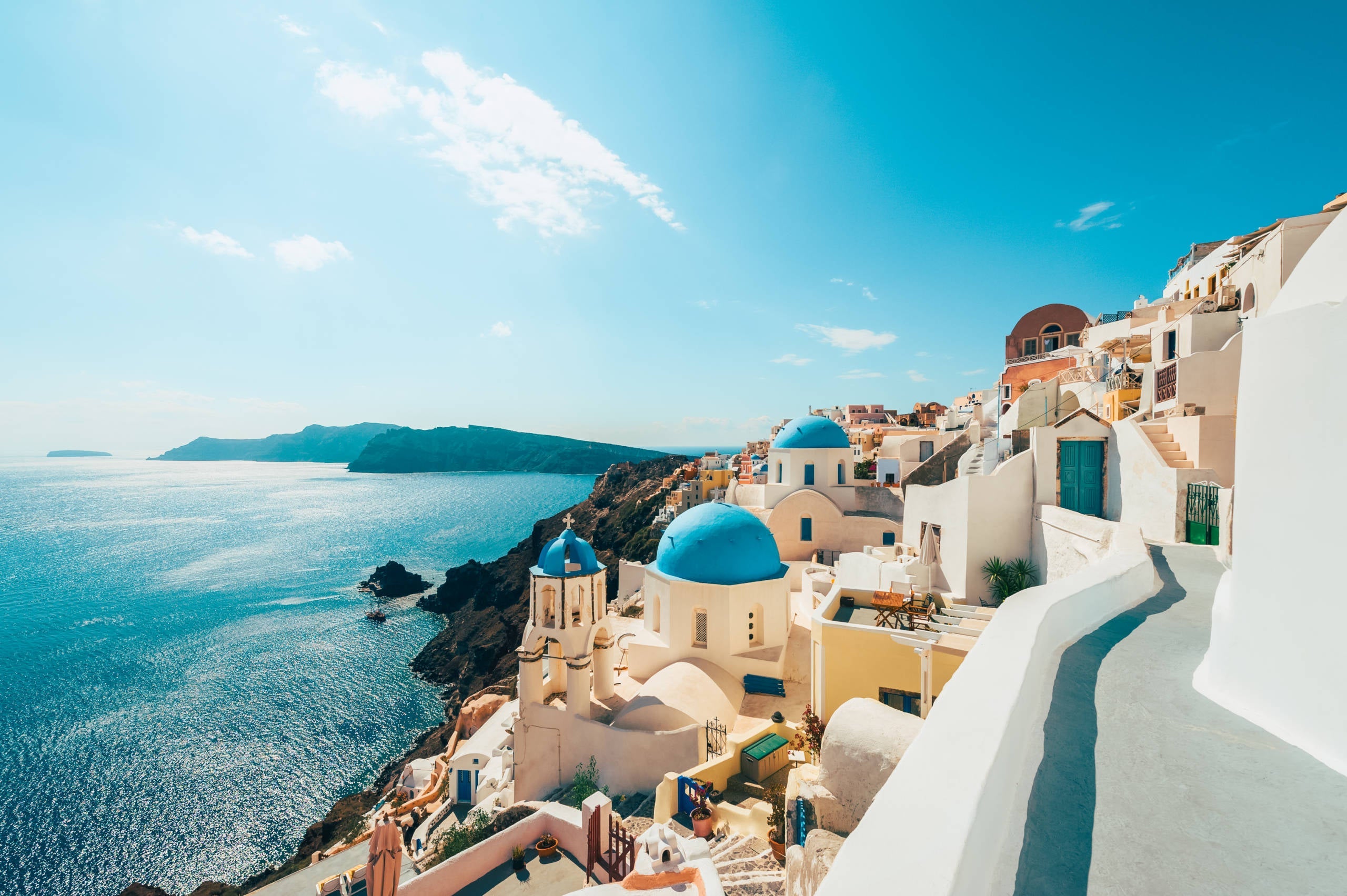 This guide has been updated with new information.

Travel to Greece is about to get a lot easier. Health officials announced, effective May 2, Greece will be suspending its COVID-19 travel restrictions.

While not necessarily a permanent change, Greek officials do expect the country will be keeping its entry requirements off the books through the summer tourism months. They're expecting heavy demand, too. As travelers plan trips to Europe at a rate unseen during the pandemic so far, Greece is expecting crowds close to the record-setting ones seen in 2019.

If you're booked on a trip to Greece (or you are considering an excursion there now) there are some important things to keep in mind as you plan your travel. Among them, preparing to navigate the country's beautiful islands.

Sign up for our daily newsletter for more TPG travel stories delivered each morning to your inbox.

The Greek islands are complete with sunshine-filled beaches, charming white buildings and epic sunsets. Here, now, are seven things you may not know about this fascinating part of Greece that can help you have an incredible trip.

1. There are so many more islands than you think

If asked to name some of the Greek Islands, you’d probably be able to come up with a few off the top of your head, but in reality, there are closer to 6,000 of them. Only a couple of hundred or so are actually inhabited, but even that gives travelers many less-crowded options if you’re willing to go beyond the typical Santorini or Mykonos trip.

2. Take your pick of natural and man-made wonders

The magic of these islands goes beyond the breathtaking sunsets. Santorini is one of the few places in the world where you can see white, black and red-sand beaches, thanks to all the volcanic activity — the island of Crete is also home to more than 300 caves. Romantics should visit Kardia, a naturally heart-shaped island, and Amorgos is home to a giant shipwreck, as is the island of Zakynthos. Visit Giola, a turquoise pool of water formed by rocks on the island of Thassos, and hot springs on the island of Samothraki are said to have healing powers, too.

You should know this going in: Greece runs on “Mediterranean time.” Things here move slowly, and people don’t take time as seriously as they do in the U.S. or most of western Europe, especially in the islands. Don’t expect any type of public transportation — like buses or ferries — to arrive or depart on time, give yourself plenty of time at the airport and expect crowds everywhere.

Taxi and airport strikes are common and can put a damper on your plans, so try to just take it easy and go with the flow. There’s no point in rushing because no one else is. Head to a less-visited island if you want something a little calmer. Most importantly, add in a little extra time when planning and booking connecting flights, ferries and other transportation to avoid any extra headaches.

4. There’s an island where the people live forever (well, almost)

Ikaria is one Greek island where the people basically live forever — well, maybe not forever, but longer than anywhere else. It’s considered to be one of the few “blue zones” in the world, special areas where the residents tend to live longer and often reach the three-digit mark. Locals attribute their long lifespans to daily rituals involving coffee, exercise, drinking local wine and using the island’s natural herbs in teas and to cure ailments — bathing in the nearby hot springs is also said to help.

It’s probably best not to wave at anyone in the Greek islands because you could (accidentally) be flipping them off. The exact motion you should avoid: extending all of your fingers and directing your palm at someone in a forward motion. It’s called the mountza and is believed to be derived from an ancient curse, so don’t do it!

6. Be prepared to deal with large crowds

Greece normally receives double its population in tourists each year and is one of the few destinations where they actually outnumber the locals. While this isn’t limited to just the islands, in many cases the local population on one of them could be just a few hundred, but that number swells well into the thousands during the high season. Keep this in mind while traveling and try to respect the (few) locals who may reside on your chosen island.

Read more: How to spend 48 hours in Athens

7. Dance all night long — and maybe all day

If you want to have a local experience, don’t forget to pack your dancing shoes. There are more than 10,000 types of traditional Greek dances and many of them come from the islands — each isle, and often each village, has its own. The people here don’t necessarily need a reason to bust a move — dancing at weddings, during holidays, to celebrate the grape harvest or just because they feel like it.

Make sure only to dance when you’ve been invited to, though, as some of the dances may have strict traditions and arrangements, like a set order by age or status — you wouldn’t want to be the random tourist who screws up the whole routine now, would you?

While the Greek islands have some gorgeous beaches and tavernas galore, each also has its own personality and systems and is definitely a different experience to the Greek mainland. So read the above tips to manage your expectations with regard to crowds and punctuality to have the best time possible in this fantastic part of the world.