Want to travel abroad? These are the countries using vaccine passports for travel 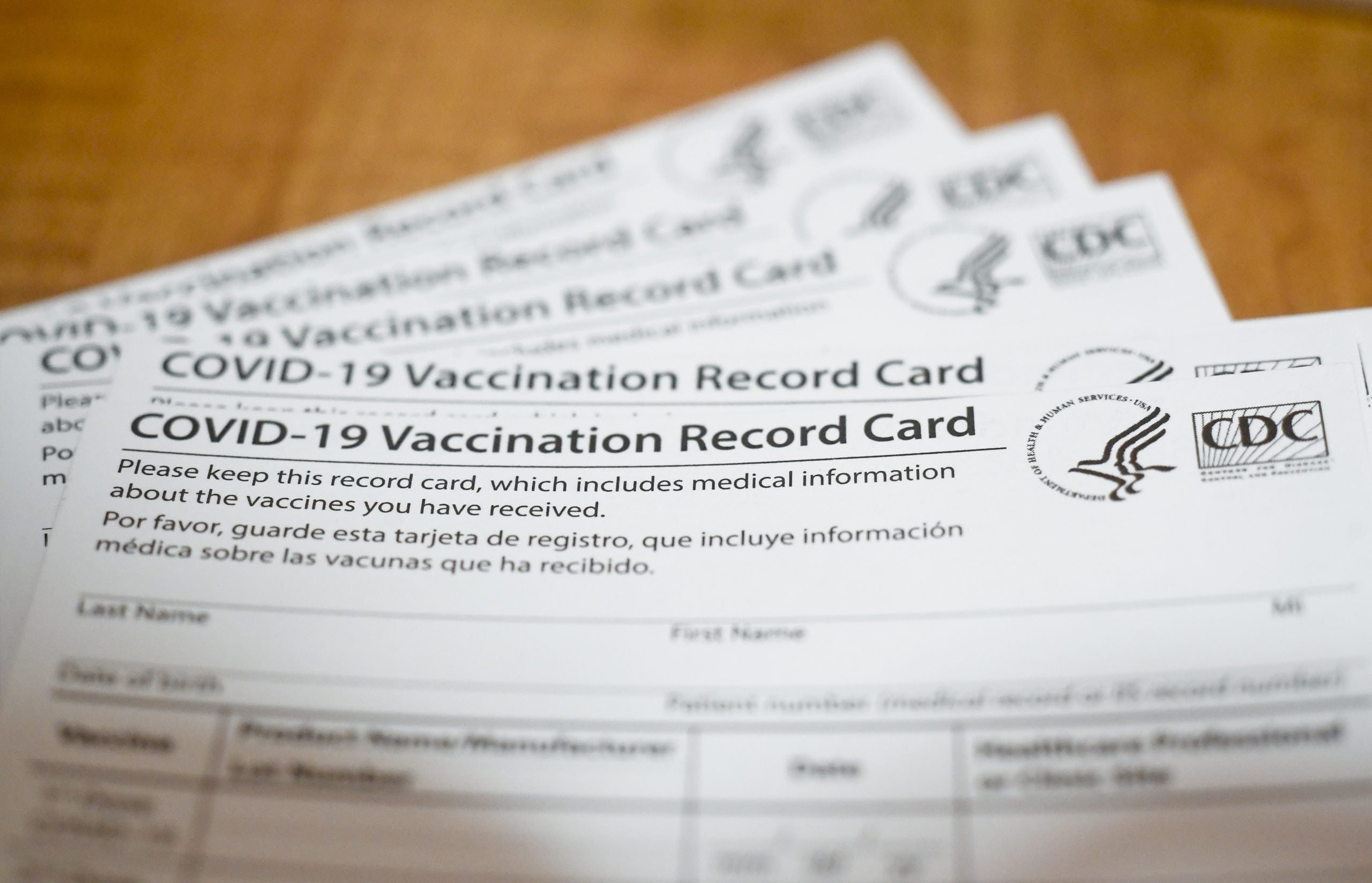 You've probably heard a lot about vaccine passports this year: what they are, who’s making them and where you may be able to travel with one.

That's because a COVID-19 vaccine will be a new entry requirement for some destinations and travel providers, while others will use proof of vaccination to allow travelers to skip COVID-19 tests and mandatory quarantines.

The head of the Africa Centers for Disease Control and Prevention in April said vaccine passports would "create huge inequities and will further exacerbate them," according to the Associated Press.

According to a report by the World Health Organization (WHO), less than 2% of the world's vaccine supply has been delivered to Africa. In contrast, nearly 80% of the world's vaccines have been administered in North America and Europe. According to the WHO, 51 countries on the African continent have received vaccines, 48 of them have begun vaccinations and nearly 32.5 million of the 49.5. million doses delivered so far have been administered.

“We are already in a situation where we don't have vaccines, and it will be extremely unfortunate that countries impose a travel requirement of immunization certificates whereas the rest of the world has not had the chance to have access to vaccines," said Dr. John Nkengasong.

Denmark launched a vaccine passport for its citizens called Coronapas. The pass, which is available through an app or by paper, can be used to show that a person has been vaccinated against COVID-19.

According to the Coronapas website, travelers can see their pass once their COVID-19 test has been analyzed by a lab. Travelers can only see their passports if their test result is negative and is not older than seven days.

"As one of the most digitally advanced nations in the world, we are very excited to offer our citizens a trustworthy COVID-19 vaccine certificate, providing another major step on our road back to normality," said Estonia President Kersti Kaljulaid in a statement.

"Online-only meetings are not enough to ensure true connectivity, people also need the freedom to travel for both business and leisure," she continued.

There’s big news for travelers: The European Union is reportedly planning to reopen to fully vaccinated American tourists this summer.

As of June, the EU plans to launch its vaccine passport as a means to reopen travel between its Member States with a record of vaccination or proof of negative COVID-19 test. Called the Digital Green Certificate, it has been designed to provide proof for a person that they have been vaccinated against COVID-19, have received a negative test result or recovered from COVID-19.

The Green Certificate will be available for free in digital (with QR code) or paper format. Non-EU member states, such as Iceland, Liechtenstein, Norway and Switzerland, will also use the Green Certificate — but not the United Kingdom. It’s still unclear, at least right now, what the EU will use to verify American COVID-19 vaccine credentials.

Israel leads every country in the world -- except Gibraltar -- in vaccinating its citizens against COVID-19. According to a Johns Hopkins University tracker, more than 56% of Israelis have been fully vaccinated.

Fully vaccinated Israelis can access venues such as concerts and restaurants using the country’s Green Pass system. Only Israelis who have been vaccinated can use a Green Pass, but people who have received a second dose can apply for a vaccination certificate, which is an official document.

A certificate of recovery is given to people who have recovered from the virus and is valid until June 30, 2021. It appears that the Green Pass is only available to Israeli citizens for now. However, the country is also undergoing conversations to establish a vaccine certification for travelers, which would remove the need for a passenger to take a test on arrival.

Israel reopened to the first group of tourists since March 2020, with 12 students from a Missouri seminary landing in the country on May 27. Israel is piloting a program for group travel, but solo travelers could be allowed to visit starting July 1, according to the Jerusalem Post.

Japan plans to roll out a vaccine passport using a smartphone app to make international travel easier for people who have been immunized, according to the Japan Times. The app will also hold COVID-19 test results, according to reports.

“Other countries are doing it, so Japan will have to consider it too,” said Japan's Minister of Defense, Taro Kono.

Travelers will be able to create a “digital passport" that will allow passengers to verify that their travel itineraries match the COVID-19 requirements of their destination. The Travel Pass will also include where to find testing and vaccination centers.

Like Panama, Singapore is partnering with IATA Travel Pass to reopen its economy. Singapore will soon accept pre-departure COVID-19 PCR test results on the app.

Singapore-bound travelers can now use the Travel Pass to share their pre-departure COVID-19 test results upon check-in with their airline, according to IATA. They can also share this information at immigration checkpoints upon arrival at Singapore International (SIN). However, there’s been no word on whether (or when) Singapore will accept COVID-19 vaccine documents from foreigners.

Tourism is one of Thailand’s largest gross domestic product drivers (GDP), and preventative measures against COVID-19 resulted in a massive blow to the industry. The country hopes to remedy some of the pandemic’s damage by making it easier for tourists to visit.

Foreign tourists traveling to Phuket, Krabi, Phang Nga, Chiang Mai and Pattaya will be permitted to enter if they have a vaccination certificate and quarantine for seven days in a hotel.

Starting July 1, foreign tourists arriving in Phuket who’ve received both doses of a COVID-19 vaccine will not be required to quarantine for seven days. Starting Oct. 1, travelers arriving in the five aforementioned pilot areas will not have to quarantine if they are fully vaccinated.

While some countries have supported the idea of vaccine passports, the U.S. federal government doesn’t seem too keen on wading into the controversy.

The Biden administration said there would be no federal mandate for vaccine passports in late March. It also said there were no plans for a vaccine database.

“The government here is not viewing its role as the place to create a passport, nor a place to hold the data of citizens. We view this as something that the private sector is doing and will do,” said Andy Slavitt, acting administrator for the Centers for Medicare and Medicaid Services.

That means states will essentially decide whether they want to roll out vaccine passports -- or not. Several states, including Florida, Texas and Utah, have said that they would take executive action against vaccine passports.

However, some states have already rolled out vaccine passports. New York is the first state to offer one, partnering with IBM to create the Excelsior Pass.

The state of Hawaii on May 11 rolled out its new vaccine passport program inside its current travel entry system, Safe Travels. As of right now, though, the vaccine passport is only for inter-island travel and it’s only available to people who received a COVID-19 vaccine in Hawaii.

You can only use it to avoid testing if it’s been two weeks after the last shot (or first shot if it’s the Johnson & Johnson one-shot vaccine). Unfortunately, if you’re coming from out of state, or if you didn’t get your vaccine in Hawaii, you can’t use this platform just yet. Locals are hopeful that could change by this summer.

However, Hawaii’s lieutenant governor said that the state’s trans-pacific vaccine passport could be up and running in June. But even if you can’t use Hawaii’s vaccine passport just yet, you still have options if you want to use a digital way to prove your vaccination or COVID-19 test status. The state is partnering with two companies — Clear’s Health Pass and CommonPass — on digital health passes.

There are currently several vaccine passports or digital health passport apps in development. While all states or nations may not adopt them, several countries worldwide are at least open to considering using them for their citizens or foreigner visitors. That means travelers might be able to leave their physical vaccine cards at home in favor of a vaccine passport.

Featured image by MediaNews Group via Getty Images
Editorial disclaimer: Opinions expressed here are the author’s alone, not those of any bank, credit card issuer, airline or hotel chain, and have not been reviewed, approved or otherwise endorsed by any of these entities.