Best ways to redeem Capital One miles on SkyTeam airlines

Articles
Ethan Steinberg has been a frequent flier for as long as he can remember. He went from studying abroad in Paris to moving to Shanghai after graduating college, where he covered all things travel in the Asia-Pacific region for TPG.
March 09, 2020
•
11 min read 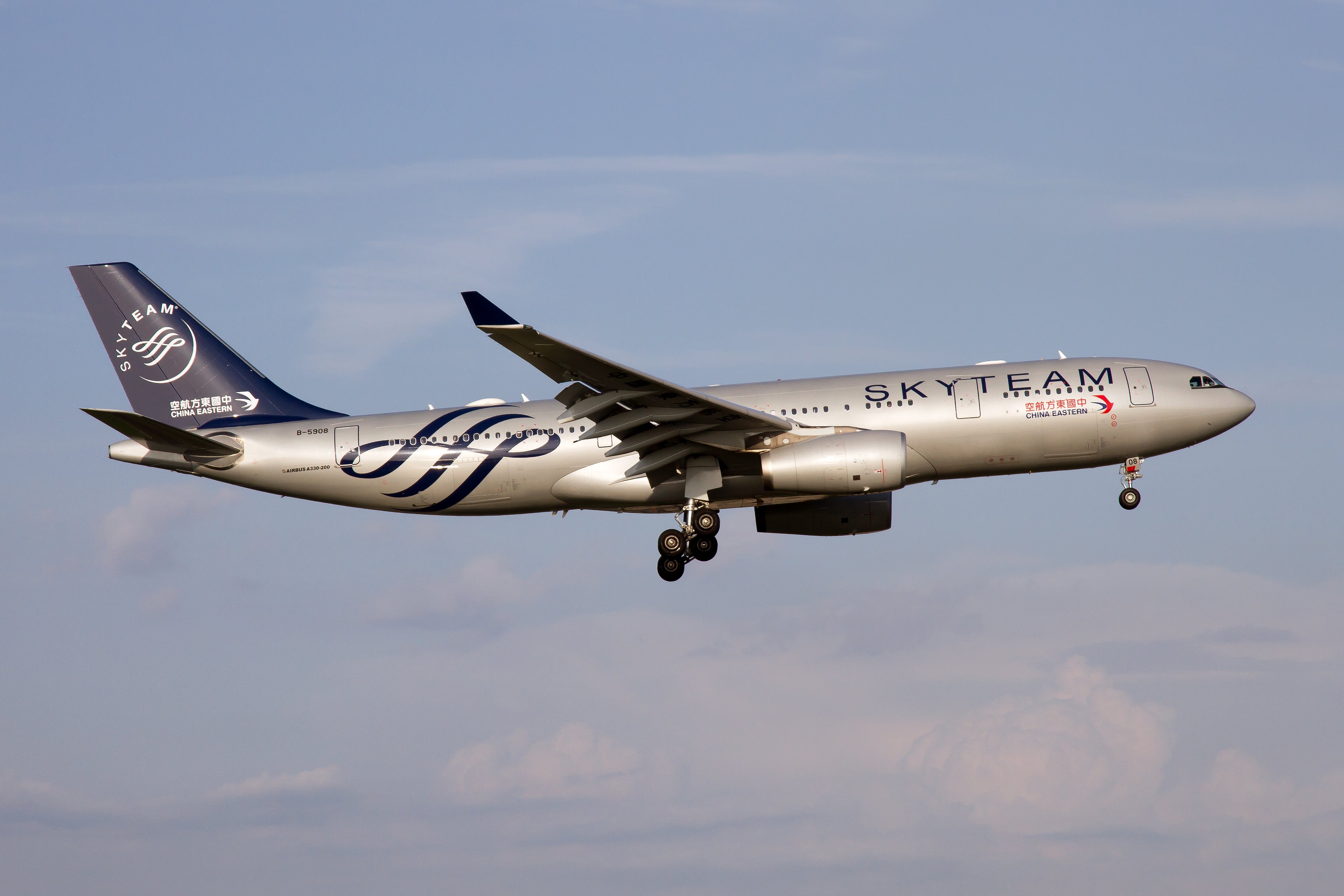 /em> </strong><em>This post has been updated with current information. It was originally published on Nov 26, 2019.

Over the last few years Capital One has grown its Venture and Spark Miles cards from simple fixed-value options into a high-powered transferable point ones. Combined with hefty bonuses on the Capital One Venture Rewards Credit Card and Capital One Spark Miles for Business, Capital One miles have become much more useful.

One of the most important elements of transferable points is the flexibility they offer to redeem for award flights on different airlines and alliances. In many cases, you even have the choice of multiple programs in a single alliance. Today we'll continue our analysis of transferable Capital One miles by looking at the best ways to redeem for flights on SkyTeam airlines.

The best way to quickly rack up a large amount of Capital One miles is by signing up for a new credit card like the Venture card or the Spark Miles card. New applicants can earn the following welcome bonuses:

Both cards also earn 2x miles on all purchases, making them great candidates for everyday spending.

Creating a new transferable points currency isn't easy, but Capital One was up to the challenge. The issuer retained the well-regarded "Purchase Eraser" option, allowing you to redeem your miles at a fixed rate of one cent each for travel purchases. However, the addition of airline transfer partners boosted the value of Capital One miles significantly. The team here at TPG held a lively debate over exactly how much this boost should be, and TPG eventually settled on a valuation of 1.4 cents each, thanks (in large part) to some of the transfer partners we'll cover below.

A few final notes before getting into the best options for SkyTeam award flights: First, note that Capital One miles transfer to all of the below programs at a 2:1.5 rate (though other partners not included in this post — namely JetBlue, Emirates and Singapore Airlines — transfer at a 2:1 ratio), so be sure to factor in that ratio when figuring out how many miles to transfer. Second, be sure you check out our guide to Capital One transfer times so you know how long it'll likely take for the miles to post to your frequent flyer account. Lastly, Capital One has begun offering limited-time transfer bonuses to select airlines, so make sure to keep your eye out for those.

It's not unusual for the U.S. legacy carriers to copy each other when it comes to loyalty program devaluations, but it was still sad to see Flying Blue follow Delta's lead and remove its fixed award chart in place of the infamous "variable pricing" model. This has led to a wide range of prices across dates and created some comical, illogical award tickets. Despite an online calculator that shows the minimum number of miles you need, it's become hard to speak in general terms about redeeming Flying Blue miles.

For a one-way business-class award between Los Angeles (LAX) and Paris (CDG), Flying Blue wants anywhere from 67,500 miles to a whopping 375,000 miles. Never mind the fact that 120,000 miles will get you a round-trip business-class ticket to Europe on most other airlines. Having prices that can fluctuate by almost 6x in a single week is a little alarming, and certainly makes it difficult for passengers to plan ahead when they're in the accrual phase of their points and miles journey.

Economy awards are prone to the same multi-fold price fluctuations, but you can rest assured that at least the baseline price is lower.

Despite all of this, there are still some solid award options in the program. TPG Editor Nick Ewen recently redeemed just 53,000 miles plus about $235 per person for three one-way business-class tickets for him and his family from Miami (MIA) to Venice (VCE). There's also the one remaining consistent way to extract value from your Flying Blue miles: the program's monthly "Promo Rewards," discounting flights between Europe and certain cities by a fixed percentage. The discount used to be a fixed number of miles, though variable pricing has changed the discount to a percentage off the normal price on that date.

Award space on these discounted routes tends to go pretty quickly, but you can still find a few good deals available. For example, Flying Blue recently offered one-way business-class flights from Toronto to Paris for only 45,000 miles. That's a solid price, and it might even be worth taking a short positioning flight to grab deals like this.

Just be award that Air France does impose fuel surcharges on the majority of its award tickets. For a simple round-trip ticket to Europe, this can add a few hundred dollars to your redemption, though you may be able to find some carriers with lower out-of-pocket costs.

Aeromexico's Club Premier loyalty program uses a relatively inflated points currency. Other programs that partner with it, like American Express Membership Rewards, compensate for this fact by increasing the transfer ratio (Amex points transfer to Club Premier at a 1:1.6 ratio). With Capital One, the transfer ratio is the same 2:1.5 as it is for most of the other airline partners, meaning you're likely to lose a good amount of value here.

For example, round-trip flights from the U.S. to Mexico on Aeromexico cost 56,000 Club Premier points during low season. While you'd only need to transfer 35,000 Amex Membership Rewards points to book this ticket, you'd have to transfer 75,000 Capital One miles for the same seats.

The same problem applies to the SkyTeam award chart, with round-trip award prices for flights departing the U.S. shown below. A round-trip economy ticket to Europe costs 96,000 Premier Points in low season, which would mean transferring 60,000 Membership Rewards points. If you wanted to redeem Capital One miles, it would instead cost you a full 128,000.

Despite this relatively unappealing award chart, there is one massively overlooked area where Club Premier excels: a SkyTeam Round-The-World pass. Of all the airlines that still offer round-the-world (RTW) award tickets, this is one of the most valuable and least restrictive options.

Let's start with the basics: Economy awards cost 224,000 points, and business-class awards cost 352,000. That means you'd need to transfer 299,000 or 470,000 Capital One miles (respectively) for each class of service. In exchange for that, you can book anywhere from three to 15 stopovers as long as you adhere to the following rules:

And that's it! Other than those short and manageable rules, the only real constraint here is your imagination. As long as you plan your trip so every flight segment is either departing from or arriving into a SkyTeam hub city, you should have plenty of options. Here's one possibility for a seven-stop routing, but you could literally double the number of flights you get out of this pass.

There are plenty of reasons to be wary of using Alitalia, including the carrier's troubled financial situation and the fact that its published award chart is simply wrong. Keep in mind too that only round-trip awards are allowed with SkyTeam partners, and for a single partner award, it should cost 80,000 miles each way (160,000 miles round-trip) for a business-class flight between the U.S. and Europe.

However, when I went to make a test booking from New York-JFK to Amsterdam (AMS) on a nonstop Delta flight in both directions, I was quoted 200,000 miles:

Alitalia also wasn't able to see as much Delta award availability as some other partners (like Virgin Atlantic Flying Club), so if you plan on going this route, make sure you confirm the award space directly with Alitalia before initiating your transfer. Otherwise, you might get stuck with miles in a program that makes it challenging to find a good-value redemption.

In the midst of all these transfer partners, don't forget what made the Capital One Venture Rewards Credit Card and Capital One Spark Miles for Business cards so appealing in the first place. The 2x earning rate combined with the ability to redeem miles to "erase" travel purchases at a rate of 1 cent per mile make it relatively easy to get a good redemption value with little work.

In the airline's eye, you've purchased a revenue flight, so you should earn miles and credit towards elite status on these tickets as well. Fixed-value redemptions typically don't work as well for premium-cabin tickets due to their high cost, but if you're looking to travel in economy, don't just jump to transferring your points. We've seen a slew of deals and fare sales in recent weeks, so if the revenue rate is low, you may very well come out ahead using the purchase eraser redemption instead of transferring.

No matter what points you're trying to spend, it's become harder to find a good value SkyTeam redemption, as multiple airlines have devalued award charts and/or switched to variable pricing. Still, Capital One miles give you the chance to take advantage of monthly discounted awards with Flying Blue or utilize a cheap and easy round-the-world pass with Aeromexico.

And if you don't want to even mess with transferring, it's easy to simply pick the cash ticket you want and apply your points towards the cost. It's that incredible flexibility that makes Capital One miles, and really all transferable points, so valuable.

Featured image by LightRocket via Getty Images
Editorial disclaimer: Opinions expressed here are the author’s alone, not those of any bank, credit card issuer, airline or hotel chain, and have not been reviewed, approved or otherwise endorsed by any of these entities.