Delta Made an Offer to Buy Bankrupt Alitalia

Articles
Alberto Riva Alberto runs our flight reviews and oversees special projects across several verticals. Previously, he was the managing editor of Vice News and worked at Bloomberg and CNN, where he was constantly trying to convince people to do more stories about airplanes. He speaks Italian, French and Spanish and one day he’ll be better at German.
Follow
Nov. 01, 2018
•
4 min read 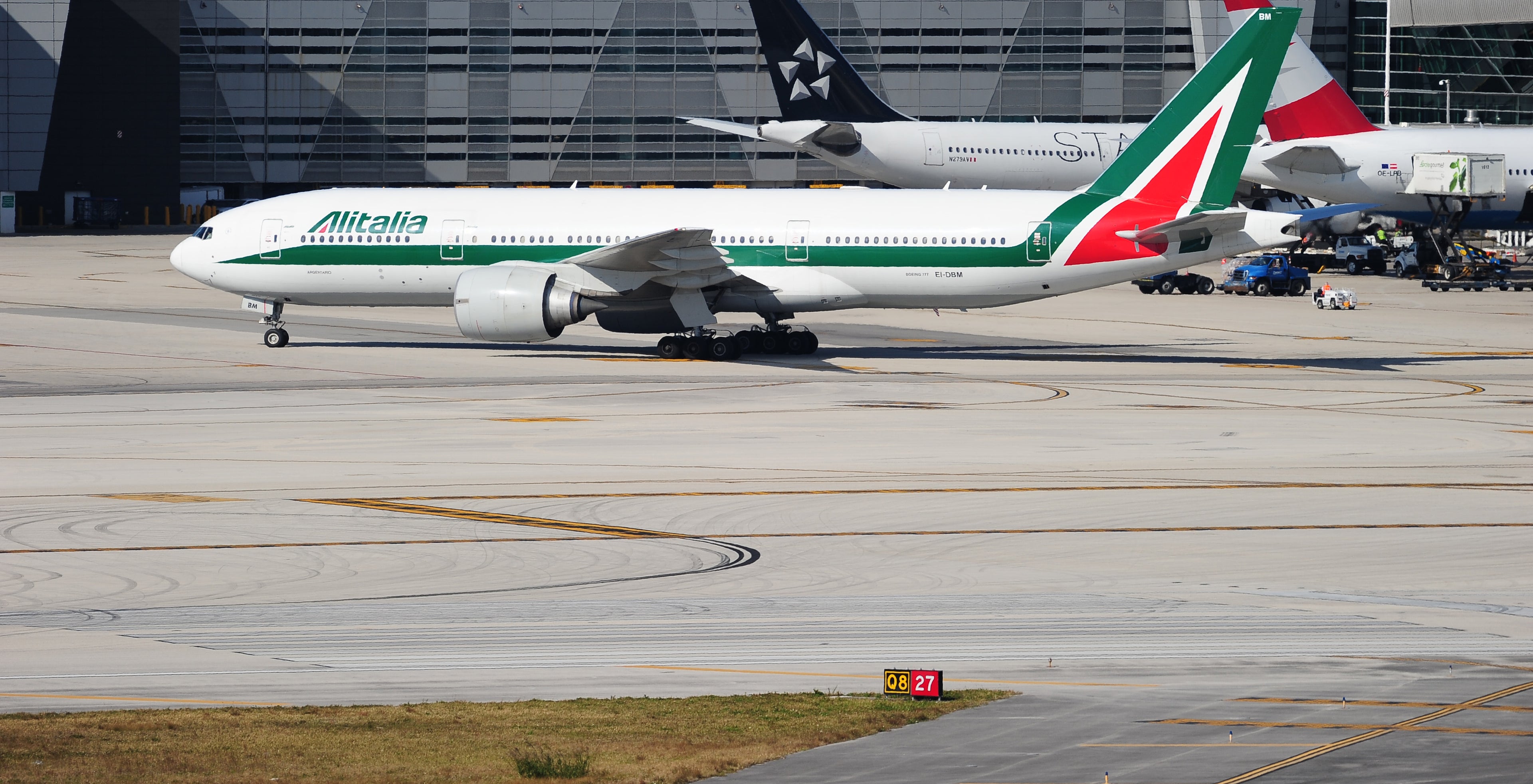 Delta Made an Offer to Buy Bankrupt Alitalia
This post contains references to products from one or more of our advertisers. We may receive compensation when you click on links to those products. Terms apply to the offers listed on this page. For an explanation of our Advertising Policy, visit this page.

Delta Air Lines wants to buy Alitalia, the bankrupt, money-losing Italian flag carrier that's up for sale — or at least a part of it.

According to Italian news agency Ansa, the government received on Wednesday three separate offers to buy Alitalia. One came from Delta, another from UK-based low-cost airline EasyJet, and a third from state-owned Italian railway company Ferrovie dello Stato or FS.

In response to a request for comment on the bid, a Delta spokesperson emailed TPG saying only that "We continue to explore ways to work with Alitalia and maintain our partnership in the future."

Alitalia used to be the largest Italian airline by passenger numbers, but it has lost that title to low-cost Ryanair, which carried 36.2 million people from Italian airports last year to Alitalia's 21.7.

Delta would probably want to take over long-haul flights only: Alitalia has a network of routes to the US and South America plus a few Asian destinations that could be of interest to a large international airline. Its recently revamped long-haul business class is a solid product, configured in an industry-leading 1-2-1 layout offering aisle access to all seats. It flies a small but relatively modern long-haul fleet of 26 airplanes — 14 Airbus A330s and 12 Boeing 777s — all featuring business, a true premium economy and coach.

It's also a member of the SkyTeam alliance, offering seamless mileage earning and redemption to Delta's SkyMiles members.

However, Delta wouldn't be likely to own the majority of Alitalia shares. Under European Union law, if a non-EU entity such as Delta owns more than 49% of an airline, that airline is no longer considered an EU subject — and therefore loses its rights to open any route it wants between the US and the Union's 28 member nations, under the Open Skies treaty between the US and the EU. Instead, it would have to negotiate bilaterally the rights to every route.

According to scenarios floated in the Italian media, Alitalia could be sold in two parts. One would be a long-haul operation run (but not owned outright, because of those EU rules) by Delta, and a short-haul business owned and run by EasyJet, which would face no legal hurdles since the United Kingdom is part of the European Union. Even after the UK leaves the EU, if Brexit happens as planned, EasyJet would retain its EU rights since it has set up a company based in the Union to continue operating as a European carrier.

Alitalia is also saddled with a 900 million euro loan from the Italian government it got last year to continue flying, which it could not have done without since Abu Dhabi-based Etihad Airways, which owned 49% of the airline, decided to pull out after workers rejected a recapitalization plan because it also involved job cuts.

Alitalia now has to repay the loan, with interest of at least 100 million euros, by Dec. 15, something which it is no position to do. According to Italian newspaper La Repubblica, which cited a government official, the loan term will likely be extended. European Union rules forbid state aid to airlines since it would alter competition in the free market, so the money the Italian government gave Alitalia must be repaid in order not to be considered an illegal handout.

This story has been edited to include that EasyJet would remain a European Union carrier even if the UK leaves the EU.

Featured image by An Alitalia Boeing 777-200 arriving at the Miami International Airport in March 2016. Image by Alberto Riva / The Points Guy

Our points-obsessed staff uses a plethora of credit cards on a daily basis. If anyone on our team wouldn’t recommend it to a friend or a family member, we wouldn’t recommend it on The Points Guy either. Our opinions are our own, and have not been reviewed, approved, or endorsed by our advertising partners.
See all best card offers
Related stories
News
No more plastic cups for Alaska Airlines
News
Earn American Airlines Loyalty Points and miles through the AAdvantage shopping portal
Guide
11 things you should never buy on a cruise ship (or in port)
Reviews
A luxe boutique hotel with authentic Spanish style and verve: Thompson Madrid