Everything you need to know about the US European travel ban

Articles
Emily McNutt is The Points Guy's Global News Editor and is based in London.
Follow
March 12, 2020
•
12 min read 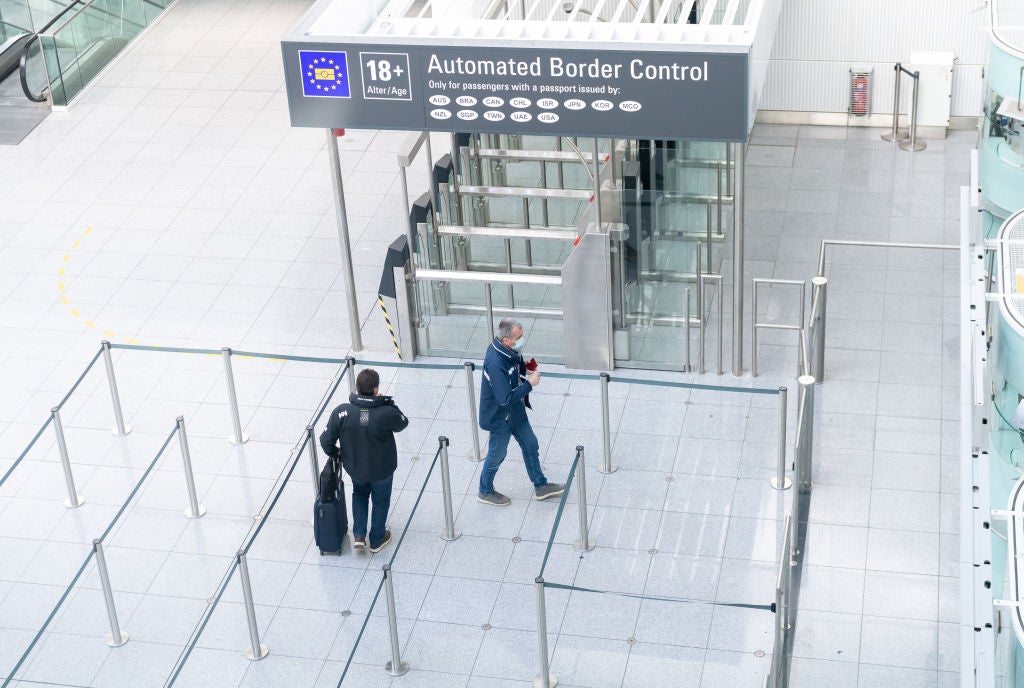 On Wednesday night, President Trump ordered a ban on travel from some European countries in an effort to halt the spread of the coronavirus. As of March 13, most foreigners who have visited a Schengen Area country in the past 14 days will not be allowed to enter the United States, joining the existing restrictions on those traveling from Iran and mainland China.

Along with the President's travel restrictions on Wednesday night, the State Department also issued a Global Heath Advisory of Level 3: Reconsider Travel. In the advisory, it warned, "The Department of State advises U.S. citizens to reconsider travel abroad due to the global impact of COVID-19. Many areas throughout the world are now experiencing COVID-19 outbreaks and taking action that may limit traveler mobility, including quarantines and border restrictions. Even countries, jurisdictions, or areas where cases have not been reported may restrict travel without notice."

A Level 3 warning is the second-highest advisory, behind "do not travel."

Dr Anthony Fauci, director of the National Institute of Allergy and Infectious Diseases, told Congress on Wednesday that the coronavirus outbreak in the U.S. is "going to get worse."

Here's everything we know so far about the European travel restrictions.

According to the Department of Homeland Security, the travel ban "suspends the entry of most foreign nationals who have been in certain European countries at any point during the 14 days prior to their scheduled arrival to the United States."

Notably missing from the travel restriction is the United Kingdom and Ireland. Travelers looking to come from Europe will need to originate in an airport in the U.K. or Ireland and must not have traveled to a Schengen Area country (or Iran or mainland China) within the past 14 days.

Related: Complete guide to traveling during the deadly coronavirus outbreak

Prior to Wednesday's restrictions on travel from Europe, the United States had already implemented similar measures on foreign nationals arriving from China. Foreign nationals who had been in China in the 14 days prior to arrival in the U.S. have not been permitted to enter the country.

The U.S. has also forbid travellers from Iran from entering the country.

The travel restrictions only apply to foreign nationals attempting to travel to the United States.

According to the DHS, the travel restrictions do not apply to "legal permanent residents, (generally) immediate family members of U.S. citizens, and other individuals who are identified in the proclamation."

However, given the vast number of European nationals won't be permitted to enter the United States, airlines will surely cut operations on transatlantic routes, rendering it more difficult to get back home.

Related: How airlines are working to keep it clean amid coronavirus outbreak

However, even though U.S. nationals are exempt from the restrictions, they may be funneled through certain airports in order to go through enhanced health screenings before returning to the country.

When do the restrictions take effect and until when?

As announced by President Trump on Wednesday night, these restrictions will take effect as of March 13 at midnight. The ban will remain in place for the next 30 days.

The White House did say that the length of the ban could be reviewed and possibly extended beyond 30 days.

How will the restrictions be enforced?

Following Wednesday's announcement, neither the President nor the DHS provided specifics on just how the ban would be implemented and enforced. Given that not all European countries are included in the ban — only Schengen Area countries — there will still be some travellers and routes that will continue to operate.

The most obvious of those being to and from the United Kingdom and Ireland.

In theory, it could be possible — and relatively easy — to fly from a country included in the restricted area to London or Dublin and then continue on to the United States. Just how the U.S. government goes about enforcing these restrictions has yet to be seen. Specifics on just how the restrictions will be implemented are expected in the next few days — before the ban takes effect as of midnight on Friday, March 13.

However, American Airlines is providing some insight as to how it is handling the new restrictions. On its site, the airline said that prior to boarding any AA flight to the U.S., all passengers will be asked if they have visited a country within the Schengen Area, Iran or mainland China (excluding Hong Kong and Macau) within the past 14 days. If so, the approved passenger — a U.S. national — must enter through an approved airport. Foreign nationals who answer yes will be denied permission to travel to the U.S.

Related: How a global outbreak has left the travel industry reeling

According to American, the following airports are "approved entry points" for eligible passengers to have travelled to the Schengen Area, Iran or mainland China within the past 14 days:

For travelers who are not set to travel to one of the approved airports, AA said it will reroute the passenger.

What are airlines doing?

As of Thursday morning, only Delta Air Lines and American Airlines have addressed President Trump's restrictions. On its site, Delta said that, "Following U.S. government-issued travel restrictions between the U.S. and Europe, Delta has waived change fees for customers traveling to, from or through Europe and the U.K. through May 31."

Interestingly, the Delta waiver covers not only all of Europe — including non-Schengen countries such as the U.K. — but it also extends beyond the 30 days of the current travel ban.

"American continues to work closely with U.S. authorities to comply with these new orders while treating all of our customers with respect," the airline said in a press release. "American is committed to taking care of any affected customers by assisting them with rebooking options. Our team is proactively reaching out to customers who may be affected by these travel restrictions to ensure they are accommodated."

Prior to the announcement of the new European restrictions, American had already suspended service to Italy. Currently, American operates to the following seven airports in five countries within the Schengen Area:

The airlines likely to be most affected by the new restrictions are Delta and United, given their close relationship with Air France-KLM and Lufthansa Group, respectively. Hubs for Air France-KLM and Lufthansa Group airlines are all within the Schengen Area, where operations to the U.S. will likely be severely reduced. Currently, given that the current restrictions don't include the United Kingdom, American Airlines, given its close relationship with British Airways, will likely be less affected.

Air France said on Thursday that it is "assessing the impact of the recent US Department of Homeland Security's proclamation guidelines on our operations to the United States."

No major airline has detailed exactly which routes and frequencies will — or will not be — suspended as a result of these new restrictions.

How can you still get to the US?

The travel restrictions do not take effect until midnight on Friday, March 13. Given that there are a couple of days left, those looking to get to the U.S. should look to do so sooner rather than later, as options will likely close up after the restrictions are implemented.

After March 13, there's no telling exactly how airlines will adjust their schedules. That said, it will not be impossible for U.S. nationals to get home after that date. British Airways' network from the U.K. and Aer Lingus' network from Ireland, as well as any U.S. carrier that continues to operate to and from those countries, will still be an option.

Additionally, Middle Eastern carriers aren't yet massively affected by these restrictions, so routing through Dubai, Doha or Abu Dhabi to the U.S. could be an option. Finally, given that Canada hasn't placed the same restrictions on European travel, carriers could still operate to Canada, and travellers could then continue on to the U.S.

However, it's worth noting that there will likely be checks from relevant airlines to see if passengers had travelled to the restricted areas in the past 14 days. It's just not yet clear how that process will work.

I have a flight booked to Europe, what should I do?

Airlines have already begun reducing operations to all corners of the globe, and it's likely that trend will continue. As of March 13, U.S. and European carriers will likely reduce operations on transatlantic routes, given the expected decrease in demand.

Related: Should I travel? Advice for the coronavirus outbreak

It's not fair to say now whether or not your flight will be canceled, as there's no way to tell. However, it is a good time to look at if your insurance covers the expenses as a result of a canceled trip because of coronavirus.

Related: Will independent travel insurance cover coronavirus? Here's what you should know

Now that the European Commission and U.S. Federal Aviation Administration have temporarily suspended airport slot rules, it makes the decision for airlines to suspend routes easier. They no longer have to worry about losing slots for not operating flights.

If you are in Europe and are a U.S. citizen, there will likely be a way for you to get home. Some airlines will continue to operate between the now-exempt U.K. and Ireland and U.S. However, you may also have to look at rebooking with an alternate carrier — for example, Emirates, Etihad, Qatar or Air Canada, among others.

We will continue to update this story as more information becomes available.

Featured image by dpa/picture alliance via Getty I