How the coronavirus is impacting airline award availability

Articles
Nick Ewen is a director of content at TPG and was one of the site's first contributors in 2012. He’s visited 52 countries (and counting) and has taken his 7-year-old daughter to 24 of them.
Follow
March 03, 2020
•
5 min read 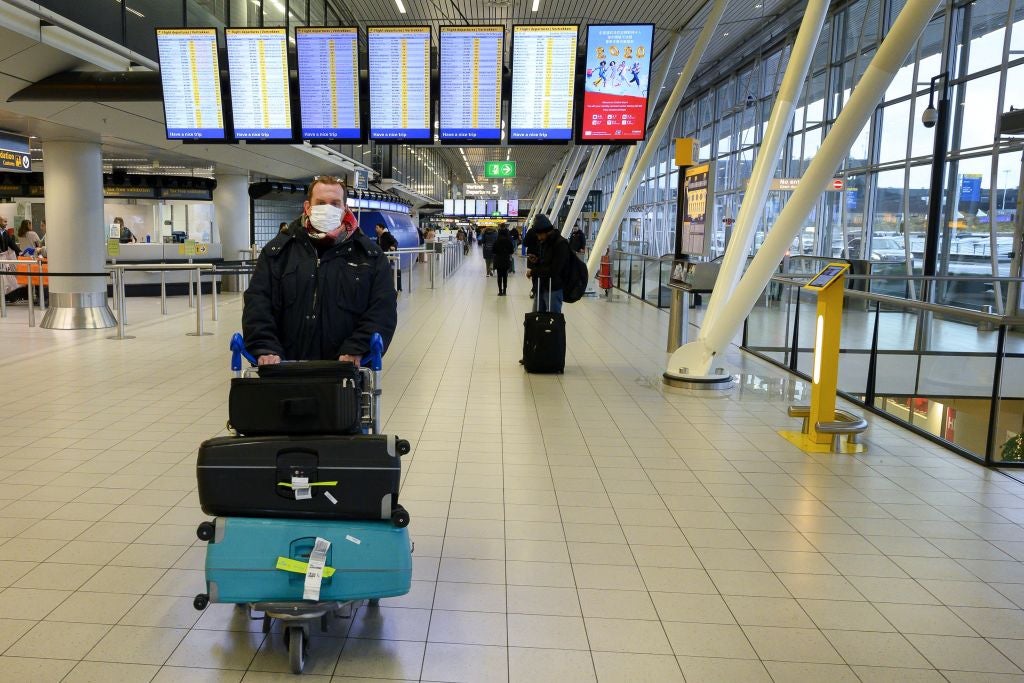 How the coronavirus is impacting airline award availability
This post contains references to products from one or more of our advertisers. We may receive compensation when you click on links to those products. Terms apply to the offers listed on this page. For an explanation of our Advertising Policy, visit this page.

EDITOR'S NOTE: Here at TPG, we encourage everyone to monitor and follow recommendations from the Centers for Disease Control and Prevention (CDC), like avoiding non-essential travel to Level 3 countries (China, South Korea, Iran and Italy as of March 3).

With the coronavirus continuing its march across the globe, much has been made of the disease's current (and potential) impact on the travel industry. Many high-revenue flights to Asia have been scrapped, and fears over future cancellations — and a global recession — have driven the U.S. stock market into a correction territory, with prices falling more than 10% in over a few days last week.

Shares of U.S. airlines are faring even worse. A key index of those carriers is down 22.5% from last month.

It's too soon to gauge the broader impact on the travel industry, as data on future bookings through the end of the year are still unclear. It also remains to be seen how new, more flexible cancellation policies from airlines like Alaska and JetBlue will impact revenue.

However, TPG has a unique indicator of how wary travelers are of stepping on a flight today, especially compared to the beginning of the year.

Based on an analysis of data provided by ExpertFlyer (which is owned by TPG's parent company, Red Ventures), travelers are seeing a significantly higher success rates for finding award flights departing in March and April today than they were at the beginning of the year — indicating the struggle to sell seats and a corresponding increase in airlines' willingness to give them away using points or miles.

Of course, this glut of award space is by no means a reason to jump and redeem your miles.

"Just because you can redeem awards to these destinations doesn't meant that it would be the right thing to do," said Henry Harteveldt, a travel industry analyst at Atmosphere Research Group. He added that "people have to think about their health" as it relates to the risk of contracting the disease, especially in certain countries or parts of countries with a high number of reported cases.

The Centers for Disease Control and Prevention has issued Level 3 travel warnings for China, Iran, South Korea and Italy, advising against non-essential trips to these areas. While a TPG reader poll indicates that many are carrying on with their existing travel plans, others are adjusting their approach.

The data, however, shows a clear trend. For all major airlines accessible through the platform, an average award search for a flight departing from or arriving into the U.S. is 64% more likely to be successful today than it was the first week in January. Domestically, the jump in success rates is 50%. This applies not only to economy tickets but premium-cabin awards as well, extending to long-haul flights that typically have scant award availability — even for flights to countries with minimal reported coronavirus cases.

As an example, almost every day in March and April has at least four award tickets on United's nonstop flight from Chicago-O'Hare (ORD) to São Paulo, Brazil (GRU), including over half of dates with business-class inventory (indicated by the five dots):

We're even seeing a handful of dates with business-class award availability for two on the longest flight in the world — Singapore Airlines' nonstop service from Newark (EWR) to Singapore (SIN).

This is one of the harder flights to book using miles, yet multiple dates in March and April have business-class award seats available.

The most striking examples come from areas with reported clusters of coronavirus cases, like this case of seven first-class award tickets from New York-JFK to both Tokyo airports:

If you parse the data by region, some of the changes are even more notable. Hawaii, typically a tougher destination to reach using points and miles, has seen a 34% jump in successful award searches compared to the beginning on January. Asia, meanwhile, has seen 145% more successful searches over the same time. But most significantly, Australia has seen its rate of successful searches jump by a factor of almost 2.5 since Jan. 1. Today, nearly 28% of these searches return award availability, compared with just 8.1% at the beginning of the year.

Award availability is a tricky metric to analyze, as factors like seasonality and special events can cause wide variations from week to week. However, the data is showing a clear upward trend, which experts say is to be expected with a drop in overall demand for airline travel.

"Paid and award bookings tend to move in inverse directions," Henry said. "As revenue bookings go up and consume inventory, airlines reduce inventory available for free travel ... so when paid bookings fall off, airlines are more likely to open up inventory for awards."

He added that he himself experienced a sudden glut of inventory on an international trip he had booked for this week, where the business-class cabin suddenly went from full to having multiple available seats.

TPG will continue to monitor the worldwide coronavirus outbreak and its impact on travel.