Articles
Samantha Rosen was one of the first 20 employees at TPG. She started as the site's first full-time social media editor and also served as its lifestyle editor.
Follow
March 15, 2020
•
9 min read 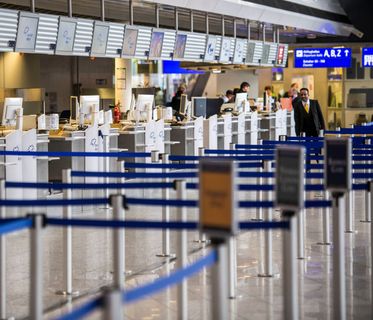 On Saturday, the Trump administration announced the ban would extend to Ireland and the U.K. The ban will go into effect on Monday, March 16 at midnight ET.

Related: Everything you need to know about the U.S. European travel ban

While the news has meant uncertainty for U.S. citizens looking to get home or trying to figure out what to do about an upcoming trip, airlines have been forced to cope with the decline in demand around the world.

To minimize the losses as a result of the reduced demand in trans-Atlantic travel, here is what we know about what European airlines are doing to alter their schedules.

For March 12-13, Air France said that its flights to and from the U.S. are operating as normal. However, since France is part of the restricted Schengen Area, it is changing its operations after March 13.

"At this stage, Air France is awaiting clarification from the US authorities on the possibility to continue service to Miami, Boston and Houston," the airline said in a press release.

Those three airports are not currently included in the CDC-approved list of airports that travelers will be required to fly to when returning from Europe.

"Air France is working with its partners KLM, Delta Air Lines and Virgin Atlantic on implementing a plan to continue service to the United States for its customers beyond 28 March 2020."

You can check out Air France's dedicated page to the cancellations here.

Beginning Monday, March 16, Czech Airlines and Smartwings will be suspending all flights to/from the Czech Republic. This move is in response to the Czech government's decision to ban all foreigners from entering and all Czech citizens from leaving the country as of March 16 (with a few exceptions). As of now, there is no timeline for when flights will resume, but the decision will be tied to when the government reopens the border.

Czech Airlines has already waived rebooking fees on many flights and you can find more information on the airlines response to COVID-19 here.

As a result of the travel restrictions to the U.S., Finnair is suspending many of its flights during the 30-day period — until April 12. Finland is a member of the Schengen Area.

The airline has opted to cancel the following U.S. flights:

In addition to the canceled U.S. flights, Finnair is also canceling flights AY121/AY122 to and from Delhi between March 15 and April 14.

You can check out Finnair's dedicated page to the cancellations here.

Poland has closed its borders to foreigners and imposed a 14-day quarantine on citizens returning to the country. In response, LOT Polish Airlines has announced it will suspend all LOT connections from Poland and Hungary from March 15 - 28.

You can find updated information on the airlines' response to this situation here.

"Despite the new travel guidelines ordered by the US administration on passengers from the European Union, Switzerland and other countries, Lufthansa Group Airlines will continue to offer flights to the USA from Germany, Austria, Switzerland and Belgium."

Given that each of those countries is in the Schengen Area, foreign nationals originating there will not be able to fly to the U.S. However, the group — which also includes Lufthansa as well as Austrian, Brussels and Swiss airlines — is still operating the following flights.

The airline will continue to operate between Vienna (VIE) and Chicago (ORD) beyond March 14.

The airline will continue to operate between Brussels (BRU) and Washington, D.C. (IAD) beyond March 14.

The airline will continue to operate between Frankfurt (FRA) and Chicago (ORD) and New York (EWR) beyond March 14.

The airline will continue to operate between Zurich (ZRH) and Chicago (ORD) beyond March 14.

Additionally, Lufthansa Group said that it is working on an "alternative flight schedule" for the U.S., though it remains to be seen what that will entail.

You can check out Lufthansa's dedicated page to the cancellations here.

The low-cost carrier is informing passengers that its operation will change drastically as a result of the travel restrictions. In a statement on Thursday, the airline said that it was grounding 40% of its long-haul fleet and canceling up to 25% of its short-haul flights until the end of May.

Between March 13 and the end of May, all Norwegian flights between Rome and the U.S. will be canceled.

"This is an unprecedented situation and our main priority continues to be the care and safety of our customers and colleagues," Jacob Schram, CEO of Norwegian said in a statement. "The new restrictions imposed further pressure on an already difficult situation. We urge international governments to act now to ensure that the aviation industry can protect jobs and continue to be a vital part of the global economic recovery.”

A vast number of short-haul flights are also being canceled, such as those within Scandinavia and to Italy. The carrier is also temporarily laying off up to 50% of its employees, and that number may increase.

You can check out Norwegian's dedicated page to the cancellations here.

On March 15, the airline announced it would temporarily halt most of its traffic. SAS is headquartered in Sweden, which is part of the Schengen Area.

"Due to the coronavirus and the measures implemented by national authorities, the demand for air travel is essentially nonexistent. SAS has therefore decided to put most of its operations on hold, starting Monday March 16 and until necessary prerequisites for commercial air traffic returns," the airline said in a press release.

SAS pledges to constantly update information regarding the traffic situation and specific flights on its website, as well as notify affected passengers. The airline is also asking that travelers only call the airline if their flight is in the next three days, as call volume is extraordinarily high.

We will continue to update this story as more information becomes available.