Articles
Ben Smithson is a senior writer for TPG UK. Originally from Australia, he is the primary points and miles writer for the U.K. site.
Follow
Feb. 13, 2020
•
15 min read 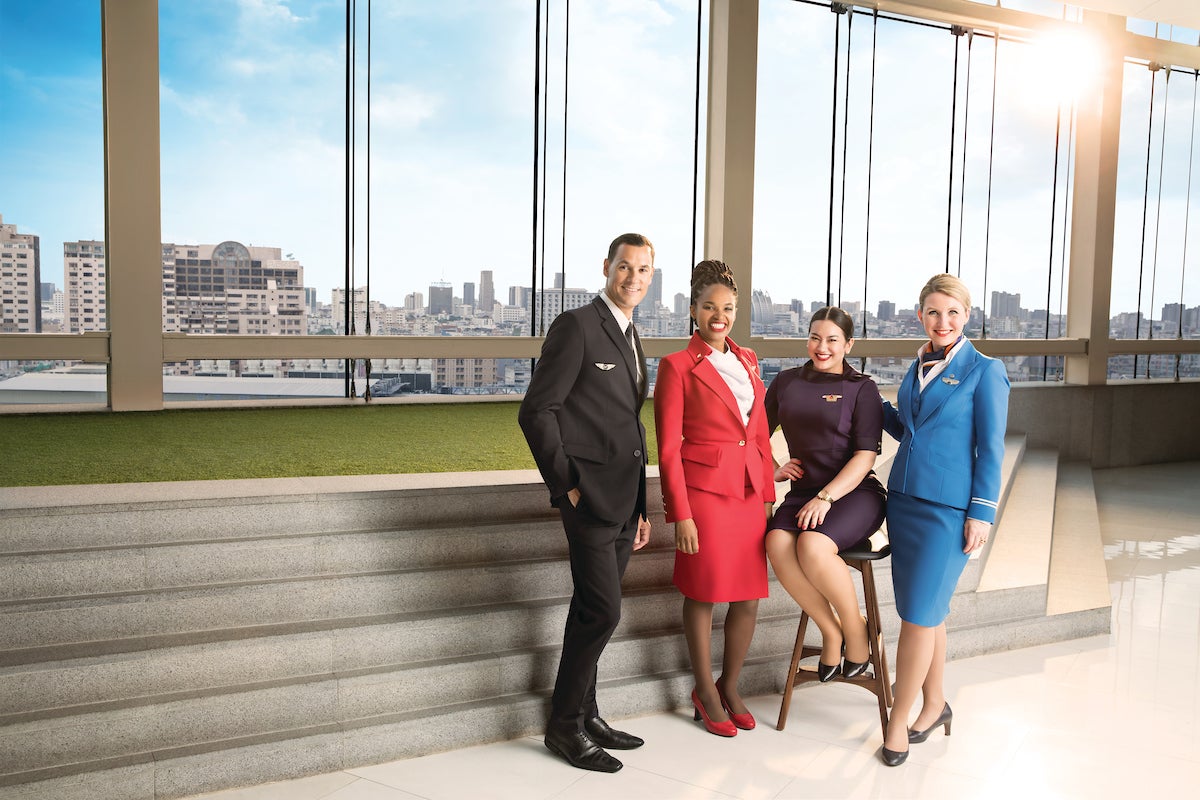 There's quite a bit to unpack here, so here's what you need to know.

Flying Club has introduced a concept similar to British Airways' popular and valuable Reward Flight Saver option for short-haul redemptions across Europe, at almost the same rates (plus fees and taxes which have not yet been disclosed and may vary from destination to destination):

This is where it gets more interesting and potentially lucrative. Rather than using distance-based award rates like for short-haul flights, the long-haul redemptions are a zone-based award chart, meaning you can fly anywhere within one zone to anywhere in another zone for a fixed number of Flying Club miles, regardless of the actual distance flown.

Remember fees, taxes and charges apply and these have not yet been provided to TPG. Unfortunately, all three of the airlines involved in this venture (Virgin Atlantic, Air France and KLM) are notorious for adding expensive taxes to award tickets. While we don't know what prices will be in this case, if current award taxes from these carriers are any indicator then I'm not optimistic.

There are 10 zones, including:

Note that in the press release for these redemption amounts, Flying Club refers to peak and off-peak pricing for long-haul as well as short-haul, though have only provided us with long-haul charts reflecting off-peak pricing in each class. For peak pricing, add 10,000 miles to the price.

Related: Great seat, so-so service: A review of KLM’s business class on the 787-9 from Amsterdam to Toronto

Here are the charts for each:

A positive with these long-haul award charts is that unlike British Airways Executive Club, redemptions are not priced per flight; rather, they are priced from your origin to your destination. For example, if you are flying from New York-JFK to Tel Aviv (TLV) via Paris (CDG) or Amsterdam (AMS), this would be priced as a single Zone 6 to Zone 2 rate, even though you are taking two flights and transiting a third zone.

If you redeemed British Airways Avios for the same origin and destination, you would be charged two separate rates, one from New York to London (LHR) and the other from London to Tel Aviv. This is a really great rule of the new Flying Club redemption options, especially for ultra-long-haul trips connecting through Europe.

How does this compare to existing rates?

You may be wondering if you should look at redemptions on Air France-KLM or fly Virgin Atlantic themselves, where they fly the same route.

Let's compare some of the most popular destinations where both Virgin Atlantic and Air France-KLM fly. As Virgin Atlantic only flies from London I'll only compare like for like. Pay extra close attention to the first two rows, which represent the differences between award rates from London to Zone 6 (eastern U.S.) and Zone 7 (western and central U.S.).

So looking at the above comparisons, there are mostly not huge differences in the rates if you redeem Flying Club miles on Virgin Atlantic flights, or flights operated by Air France-KLM, though overall it slightly cheaper on Virgin Atlantic, especially for premium cabins on longer routes (and especially to Asia).

For flights between London and the U.S. you'll pay a small premium in miles to fly with Air France or KLM instead of Virgin Atlantic (and remember we don't know what the taxes will look like), but that might be worth the trade off to access more award space. Not only do Air France and KLM each serve many more U.S. destinations than Virgin Atlantic does, they both fly to many of the same cities, giving you even more options for finding award space.

Related: Should I fly KLM or Air France in economy?

How does this compare to British Airways Executive Club?

Let's have a look at a few options that British Airways also fly to to see how the new rates compare. Since British Airways charges for each segment of an award ticket, we need to focus on flights to or from London to avoid artificially inflating the price by adding connections.

Again, not a massive difference in price between the two programs, though for long-haul destinations like Asia, British Airways Avios definitely comes out on top.

Of course you might have a preference for one program or another if your final destination is London, Paris or Amsterdam, any of the hubs of the airlines involved in this joint venture. If you're traveling somewhere else in Europe or connecting on to Asia or Africa, you can also consider the broader route network of the airline you're flying with. All should have you covered for flights within Europe, but may have different schedules for long-haul connections.

Related: Just as good the second time: A review of Delta One Suites on the 777, Los Angeles to Paris

In short, what this means is that you can earn Flying Club miles for any flight marketed by Virgin Atlantic, Delta or Air France-KLM provided it is operated by any of these carriers too. Note that while Air France, KLM and Delta are all SkyTeam alliance members, you cannot earn or redeem Flying Club miles on other SkyTeam airlines like Korean Air or Kenya Airways.

Related: What are codeshare flights and how do they work?

You can also earn Virgin Atlantic miles directly with the Virgin Atlantic World Elite Mastercard®. Currently, you can earn up to 50,000 bonus miles within the first year: 30,000 bonus miles for spending at least $1,000 on purchases in the first 90 days[ of account opening, plus additional bonuses for adding authorized users (2,500 each up to 5,000 total) and hitting spending thresholds.

The information for the Virgin Atlantic card, Citi Prestige have been collected independently by The Points Guy. The card details on this page have not been reviewed or provided by the card issuer.

The new joint venture between the Virgin Atlantic Flying Club program and Air France-KLM is exciting because it opens up so many new destinations that Virgin Atlantic and their existing partners don't fly to. I'm pleased to see that they have implemented a low short-haul redemption system similar to British Airways Reward Flight Saver, though frustratingly unless you are headed to Paris or Amsterdam, you will have to pay two amounts.

There will be some unique sweet spots for redemptions on Air France and KLM long-haul that may even convince you to shift from Flying Blue (the loyalty program of Air France-KLM) or even British Airways Avios program. Stay tuned to TPG as we delve deeply into the new feature of the Flying Club program!

Related stories
Bask Bank raises the mileage earning rate on its AAdvantage savings account — what you need to know
Targeted Premier 1K members eligible for bonus miles when checking in and checking a bag on the United app
Current airline elite status match and challenge options you should know about
Business-class deals are back: This month’s Flying Blue promo awards
Featured image by FRIENDS IN HIGH PLACES We wouldn't be everywhere we are today without some connections of our own. We've partnered with a wide range of travel services to offer you a complete and seamless suite of options. - Benoit Hilaire - Air France; Nioka Antoine-Poleon - Virgin Atlantic; Yui Young - Delta Air Lines; Juliette van der Maas - KLM These images are protected by copyright. Delta has acquired permission from the copyright owner to the use the images for specified purposes and in some cases for a limited time. If you have been authorized by Delta to do so, you may use these images to promote Delta, but only as part of Delta-approved marketing and advertising. Further distribution (including providing these images to third parties), reproduction, display, or other use is strictly prohibited.
Editorial disclaimer: Opinions expressed here are the author’s alone, not those of any bank, credit card issuer, airline or hotel chain, and have not been reviewed, approved or otherwise endorsed by any of these entities.