Articles
Summer Hull , aka Mommy Points, ran the Mommy Points site for families who want to travel more for less using miles and points for seven years. She now heads up a variety of special projects at TPG when she isn't exploring the world with her own two girls.
Follow
Oct. 11, 2019
•
10 min read 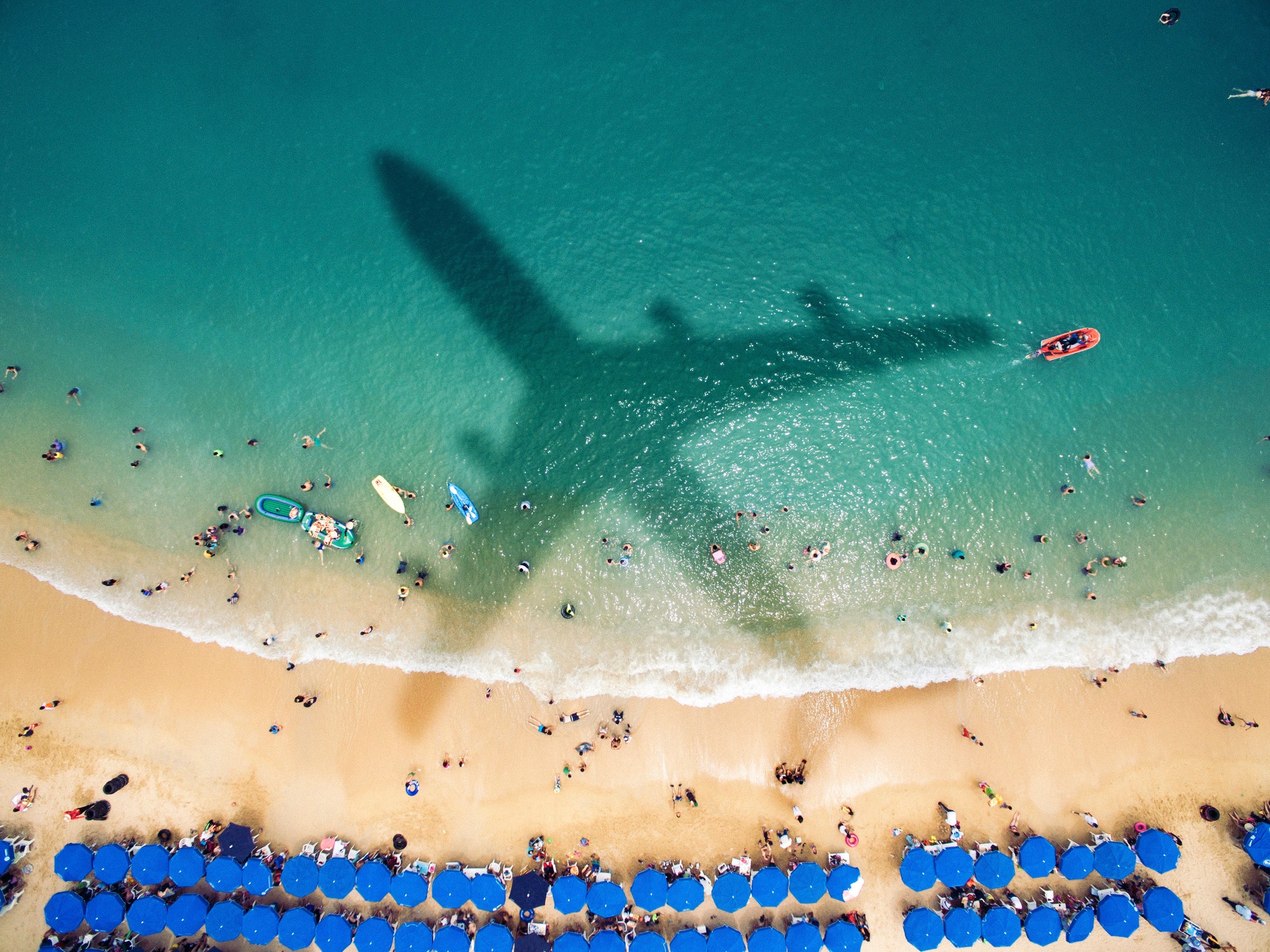 There are many myths in the world of award travel, especially for beginners. "It takes so many frequent flyer miles just to be able to fly anywhere." "You need like a trillion miles to book a route people actually want to take." "Normal people just can't rack up that many miles without doing crazy things."

If you are a long-term TPG reader, you already know those are all false statements, but I've bet you've at least heard those sentiments from others. Whether you have trouble finding those super-affordable airline awards, or you just want a list to hand to your skeptical friend or partner, here are nine of the cheapest airline awards out there.

Thanks to American Airlines economy web specials, some great prices pop up on a variety of routes. We have a rundown of at least 40 low-priced AA awards here, but one current example available for just 5,000 AAdvantage miles takes you from a variety of NYC airports all the way to Seattle for just 5,000 miles each direction — no special credit cards or elite status level required.

To try and find these low-priced American Airlines awards, click on the Economy Web Special box if it displays in your route search to see the very affordable awards.

British Airways offers award flights in some regions (not the U.S.) from just 4,000 Avios each way for flights of up to 650 flown miles. Within Europe, they even cap the taxes/fees on these awards to just $27.50.

This means you can fly nonstop from London to Milan for just 4,000 Avios and $27.50, each direction. Assuming you can find award availability, you can do the same on nonstop flights to any of the destinations that British Airways operates within Europe that ring in at or below 650 flown miles or less from that same award price on off-peak dates.

Here are more ways to use 5,000 or fewer Avios and how to earn more Avios for future travels.

This one is a little silly but fun. British Airways operates some routes within the Caribbean that can make for an extremely awesome way to island hop without stepping foot on a small puddle-jumper. From 7,750 Avios + $40 in taxes/fees you can book a lie-flat business class seat to fly the 90 minutes from Nassau in the Bahamas to Grand Cayman. If you wanted to do that flight in economy instead, it starts at the same 4,000 Avios + $27.50 as the above example.

We're betting the 777 operating that route isn't yet retrofitted with the new business class suites, but fingers crossed for one day!

Spirit doesn't restrict these low-priced award flights to domestic jaunts — you can head international, too. For example, routes such as Ft. Lauderdale to Cancun or Montego Bay that are 1,249 miles or less can be had for just 2,500 miles plus taxes and fees on off-peak dates for those with the Spirit credit card, otherwise flights normally start at 10,000 miles each way if you don't have the credit card.

Here are some tips if you do fly Spirit, including why budgeting money to upgrade to the Big Front Seat is a wise move.

Delta SkyMiles have some frequent and fantastic flash sales from just 4,500 miles each way. Just this week, we saw flights from New York to Tampa or Los Angeles to New Orleans from just 9,000 Delta SkyMiles round-trip.

Even outside of flash sales, you can sometimes find everyday low-priced awards since Delta uses a variably-priced award chart. For example, today I see Houston to LaGuardia economy round-trips available for 9,000 total SkyMiles. Granted, these awards follow Basic Economy rules, but that's a pretty affordable way to fly. Flying on Delta's nice, new A220 is a fun cherry on top, too.

Here are the best Delta credit card offers to bulk up your SkyMiles balance -- some have bonuses right now as high as 75,000 bonus miles after you meet the spending requirements.

Want to head to Europe and think crossing the Atlantic is going to cost a ton of miles? Still no. Virgin Atlantic charges just 10,000 miles for one-way, economy award flights from the Northeast during standard (non-peak) travel dates. While the carrier is known for some egregious fuel surcharges, these aren't terrible for economy awards — and booking Delta-operated flights could shave even more off the out-of-pocket costs.

This could be especially valuable if you want to beat the jet-lag and take a daytime flight from Boston (BOS) or New York-JFK — which TPG Editor Nick Ewen crowned as his new favorite way to cross the Atlantic.

Aside from this award option, you can also fly to Europe from just 13,000 Avios points each way plus less than $100 in taxes and fees on an airline such as British Airways, Aer Lingus or Iberia. Yes, that'll be in economy and yes that only gets you as far the East Coast to somewhere like Ireland on London, but we've already established that hopping around Europe can be very affordable on miles.

Plus, when there are transfer bonuses to British Airways from Amex Membership Rewards or similar, the deal gets even sweeter. Here are some tips for surviving long-haul flights.

Like Delta, JetBlue is known for some periodic flash sales that drop the price of flights on both dollars or points. While the flight times are usually very specific on JetBlue flash sales, we see the per-direction price of travel drop down to just 400 points or so a few times per year. The deal is actually better than that if you have the JetBlue credit card that gives you 10% of redeemed points back. Here's a look at all the best airline credit cards out there.

Bookmark the JetBlue flash sale page and/or follow @TPG_Alerts to get notified when deals like this pop-up.

Southwest Airlines started up service between the Hawaiian Islands earlier this year and made it more affordable than ever to hop from island to island. Prices drop during the airline's periodic sales, but even today at quick glance I see Honolulu - Maui available for just over 2,000 Rapid Rewards points each way, which is about the same price we paid over the summer to fly from Kona to Lihue.

If you have the Southwest Companion Pass, two can fly for that same points price.

For example, the Capital One® Venture® Rewards Credit Card lets you redeem miles at 1 cent each against travel charges you put on the card. That means a $19 cheap flight could set you back just 1,900 miles on that card.

You don't have to have millions, or hundreds of thousands, or even tens of thousands of miles to take a virtually free flight. Award redemptions actually start under 1,000 miles and can regularly be had for just a few thousand miles across a number of programs.

If you haven't gotten serious about miles and points before, but are ready now, hop on over to our Beginner's Guide to start the journey to your next (or first) award flight.