Why Daytime Flights to Europe May Help Fight Jet Lag

Articles
Marc Stewart is a journalist who's worked across the US, Central America, Europe and Asia. Most recently an anchor and reporter at the ABC affiliate in Denver, he’s now taking a quick break from the newsdesk, studying business and economic reporting at New York University.
Follow
June 21, 2019
•
6 min read 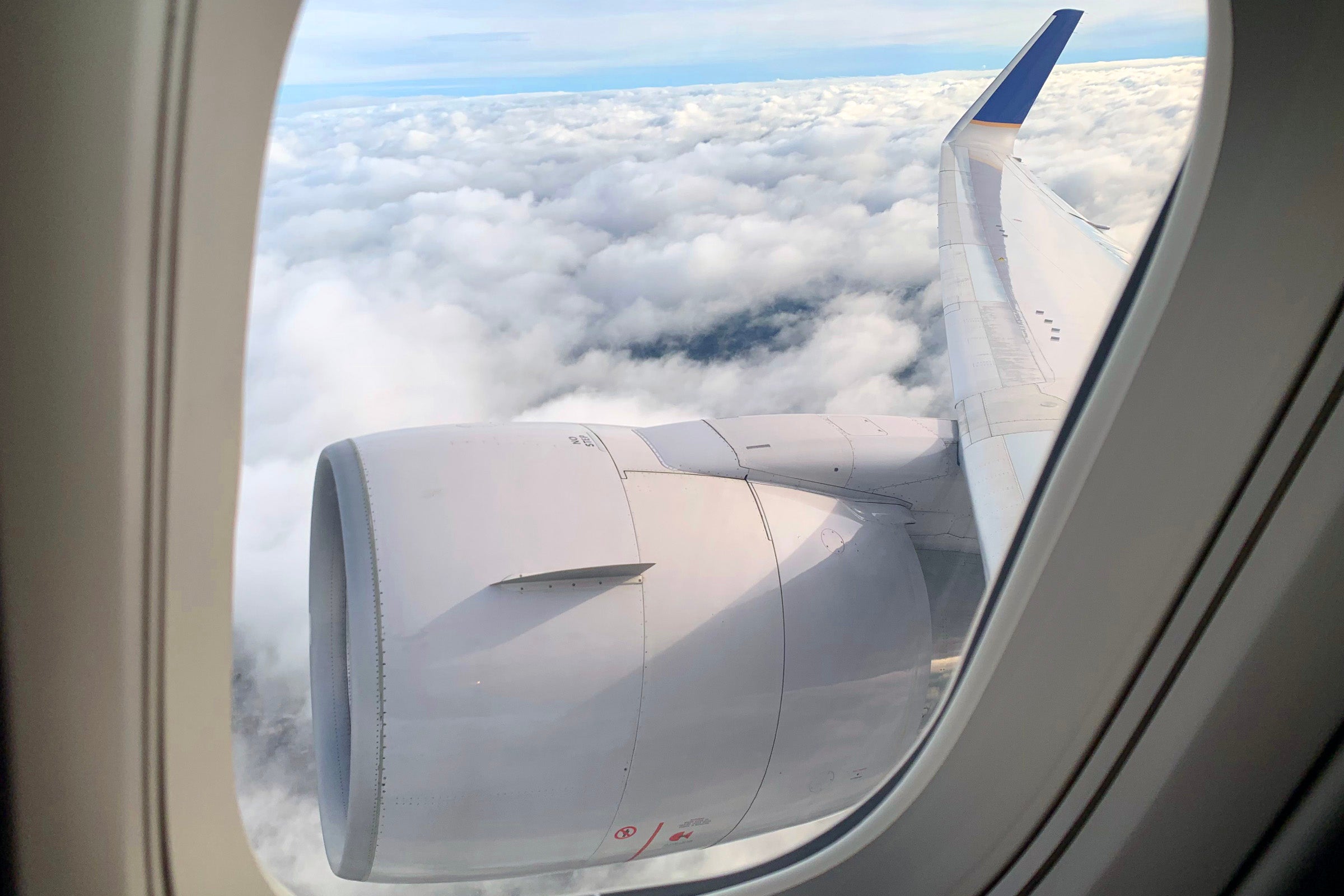 Why Daytime Flights to Europe May Help Fight Jet Lag
This post contains references to products from one or more of our advertisers. We may receive compensation when you click on links to those products. Terms apply to the offers listed on this page. For an explanation of our Advertising Policy, visit this page.

To fend off the grinding fatigue and aching legs of jet lag, you might want to book your next flight to arrive in time for dinner -- at least that was the theory I tested in a recent transatlantic flight to London.

Some experts now suggest that it might be easier to adjust your body clock to a new time zone if you fly during the day. With that in mind, I booked a recent trip from New York City to arrive in London at 8:30pm. Proponents of daytime flight say that when you land, you’re ready for a late dinner, a walk near your hotel or an early bedtime. Sleep experts are not in agreement on this, however. Some say an overnight flight helps you adapt to a new time zone, though they add that for a select group of travelers, daytime flight might be a better option.

Before my flight, I talked to the experts. Scientists who study sleep still maintain it’s best to take an overnight flight because it may be easier to keep the body’s internal clock, your circadian rhythm, synced. Night flight allows you maximize sun exposure during the day at your destination. Sunlight basically tells your body when it’s time to wake up and when it’s bedtime.

“If they were to travel overnight, in the morning they could plow through the day and be tired and ready for bed in the evening in London and also be able to expose themselves to bright afternoon light when they land,” said Dr. Beth Malow, the director of the sleep disorders division at Vanderbilt University Medical Center in Nashville, Tennessee.

Daytime flying is not a perfect solution, she added.

“When they arrive in London at 8pm, it will be the equivalent of 3pm in NYC, so it will be difficult for most of them to go to sleep until the middle of the night in London. And then even if they sleep for a few hours, when they wake up, they will be in their circadian 'sleep zone' and feel awful,” said Malow.

Yet for some passengers, including business travelers, daytime flights may be a good option, especially for those who struggle to sleep on an airplane. You also must be able to dedicate an entire day to travel, but it provides an opportunity to read, write, check email or catch up on movies.

It “depends upon how much time you have and your purpose for flying,” said Dr. Albert Boquet, professor of human factors and systems at Embry-Riddle Aeronautical University in Daytona Beach, Florida.

“If you have the extra time, a dayside flight might be ideal in this sense," he said. "It should be easier to stay awake, you get there in the evening, thereby lessening your exposure to light once you arrive, and in a sense, your body is primed for sleep,” he said, adding that the older you get, the more difficult it becomes to sleep, so the overnight red-eye may not be so easy for everyone.

After consulting with experts, I wanted to test the daytime flight schedule.

Prior to moving to New York, I lived in Denver, Colorado, where daytime flights to Europe were not an option. But daytime flights to London from New York are plentiful. Scheduling was simple for me: I departed Newark airport at around 8:30am and arrived at London's Heathrow airport at around 8:30pm. And with miles and some cash, I scored a business-class upgrade on United.

As part of my pre-flight strategy, I talked to Dr. Boquet. He said it was important for me to try to stay awake during my flight.

So, despite the fact that my upgrade gave me a seat that could lie flat like a bed, I left it pretty much upright. I kept the window shade open to maximize my exposure to natural light, instead of a dark cabin that would allow me to doze off. Knowing alcohol would knock me out, I passed on the Bloody Mary service. Instead, I had coffee before and during the flight.

Despite the temptation of onboard treats, I tried to eat light, passing on the customary United Airlines ice cream sundae. I did some reading and played with the entertainment system. As Dr. Boquet noted, this may be one of the few times the blue light emitted from your phone, often blamed for preventing people from falling asleep, may actually be of benefit.

With the exception of a very quick power nap, I did my best to be alert the entire flight, adjusting the seat to a subtle recline. When I landed, I felt as if I had spent a full day on the job: I was ready for a quick dinner and then sleep. Knowing a hotel bed was waiting for me, rather than the pressure of exploring the city, was a big factor in helping me relax.

Scientifically speaking, Dr. Boquet and others still feel an evening flight to Europe is preferable, but personal experience may be the best decision-maker of all.

In spite of the science, “More seasoned travelers figure out what works best for them and book accordingly,” he allowed.

Most of the major carriers or their codeshare partners offer daytime flights to London. Flights typically originate from New York, Chicago and Washington, DC. In addition to United, American Airlines, British Airways and Virgin Atlantic offer flights departing the US in the morning and arriving in London in the evening, Even low-fare airline Norwegian Air offers a daytime flight from JFK to London Gatwick.

Finally, remember that flying back to the United States is typically easier on your body. Boquet pointed to the famous aviator phrase describing jet lag: “West is best. East is least.”

“The issue is as you fly west, the day becomes longer, it’s easier to get light exposure to reset the clock," he said. "The key is exposure to light, changing those cues,” he added.