The Best Partner Awards to Book With American AAdvantage Miles

Articles
Ethan Steinberg has been a frequent flier for as long as he can remember. He went from studying abroad in Paris to moving to Shanghai after graduating college, where he covered all things travel in the Asia-Pacific region for TPG.
May 18, 2018
•
7 min read 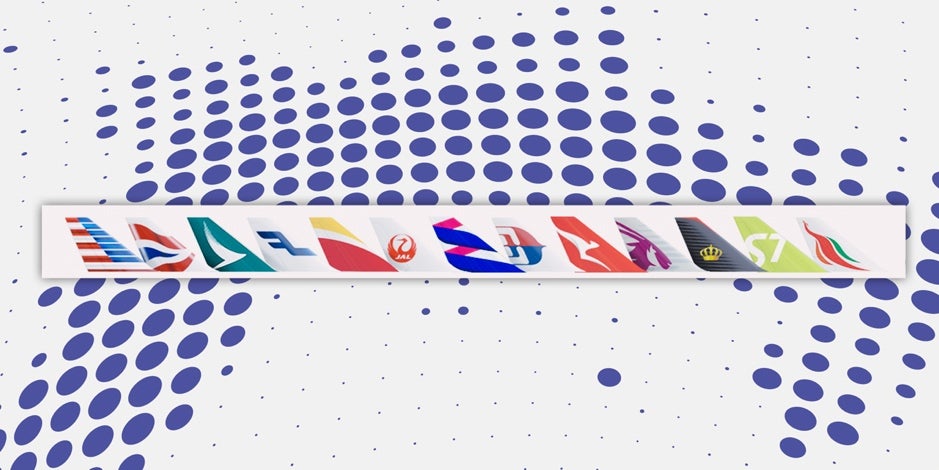 Regardless of whether you recently signed up for one of the lucrative AA credit card offers like the newly refreshed Citi / AAdvantage Platinum Select World Elite Mastercard, or you earned your AAdvantage miles the old fashioned way by flying, you'll get the best products and most valuable redemptions if you focus redeeming AA miles for international awards, and especially partner awards. Not only can domestic award space on AA planes be hard to come by, but the most luxurious options are often found on international carriers flying to Europe, Asia or the Middle East.

So with that in mind, here are some of our favorite high-value partner redemptions to keep an eye out for with your AAdvantage miles. (All mileage prices are for one-way awards unless otherwise noted.)

Although Etihad is technically not a member of one of the three major airline alliances, the carrier has an individual partnership with American. That means you can redeem a large chunk of AAdvantage miles — 115,000 one-way to be exact — for the bucket list trip of a lifetime in a First Class Apartment onboard Etihad's flagship A380.

While it might not be as blinged out as an Emirates first class cabin, Etihad is the only airline to put a single aisle (1-1 configuration) on their A380s. This gives you an unparalleled amount of personal space, complete with a lounge chair, private vanity and separate bed. Oh, and did I mention the onboard shower?

Currently the only way to fly this product to/from the US is on the New York (JFK) to Abu Dhabi (AUH) route, and award space is tough. But generally speaking, availability is better on the westbound flight from Abu Dhabi to JFK than on the eastbound.

Qatar's Qsuite has been topping all kinds of TPG lists since the product debuted in late 2017, including our world's best business class cabins and the best business class flights to book with AA miles. That's because Qatar really paid attention to detail here, with a high-tech, private and comfortable suite, and impeccable food and service to match. You can book this private bedroom in the sky for 70,000 AAdvantage miles from the US to the Middle East or India.

Currently Qsuites are only available on certain flights to New York (JFK), Chicago (ORD) and Washington, DC (IAD), but expect that list to grow as Qatar works aggressively to retrofit their 777-300ER fleet and takes delivery of more Airbus A350-1000s.

I have to say upfront that this is a bit of a unicorn — finding Qantas first class award space is incredibly rare. So if you happen to stumble across an open seat, cough up the 110,000 AAdvantage miles immediately and worry about planning the rest of your trip later. You'll find Qantas' A380s flying between Los Angeles (LAX) and Sydney (SYD) and Melbourne (MEL), as well as between Dallas (DFW) and Sydney.

Not only does Qantas offer a unique and spacious semi-suite aboard their A380s, but being able to fly direct to Australia instead of stopping in Asia is a huge win. And even before you step on board, Qantas offers an incredibly refined ground experience — their first class lounge at LAX is arguably the single best airline lounge anywhere in the US.

Iberia is hardly the most aspirational redemption on the books — you won't have a private butler, onboard shower or caviar service. But I think Iberia is one of the most essential and underrated pieces of AA's partner route network. There are plenty of great business class seats you can book with AA miles, but getting to Europe is not that easy since AA has limited award space and British Airways offers a subpar business class product (and that's being generous) that it makes even worse with aggressive fuel surcharges.

But Iberia is a great way to get around this. You can fly from Miami (MIA), Chicago (ORD) or JFK to their hub in Madrid (MAD), and connect onward to most of Europe without paying $400+ in taxes. TPG contributor Eric Rosen recently flew Iberia's Airbus A340 business class from JFK to Madrid, and while the plane was a little old, the service was friendly and he found the flight to be perfectly enjoyable.

Both Cathay Pacific and Japan Airlines offer among the world's best first class products. Caviar and uber-expensive champagne? Check. Lounges so good you won't want to leave? Check. Personal and professional service that puts most American carriers to shame? You got it.

So why am I forcing two of the most luxurious airlines to share a spot? The honest truth is that unless you're flying specifically to Tokyo (NRT/HND) or Korea (which are both "Asia 1" destinations under AA's chart so you can fly JAL first class to either for only 80,000 miles), it really doesn't matter which airline you fly to Asia — they're both terrific.

Let's say you're planning a trip to Bangkok (BKK) from a major airport like Chicago's O'Hare. American Airlines will charge you the same 110,000 miles whether you fly Cathay Pacific through Hong Kong, or route through Tokyo on JAL instead. This is exciting because it gives you twice as many award options to consider when planning your trip, without having to worry about whether you're getting the absolute best.

While Oneworld has an expansive route network, they only have 13 full member airlines. So as much as I hate to say it, the last spot on this list goes to British Airways' new 787-9 first class. Every complaint you've ever heard about British Airways is true, but I'd be lying if I said the sleek and shiny first class cabins on the new 787-9 hadn't piqued my attention.

If you're willing to shell out the 85,000 miles and several hundred dollars in taxes, you can find these planes flying to Boston (BOS), Atlanta (ATL), Austin (AUS), Newark (EWR), Philadelphia (PHL), San Jose (SJC) and LAX. In addition to all the standard trappings of first class — such as lie flat beds and a premium dining experience — you can also take advantage of British Airways' massive first class lounge when departing London, and even enjoy a complimentary massage while you wait.