Inside the First Airbus A350-1000, With Qatar's Qsuite Business Class 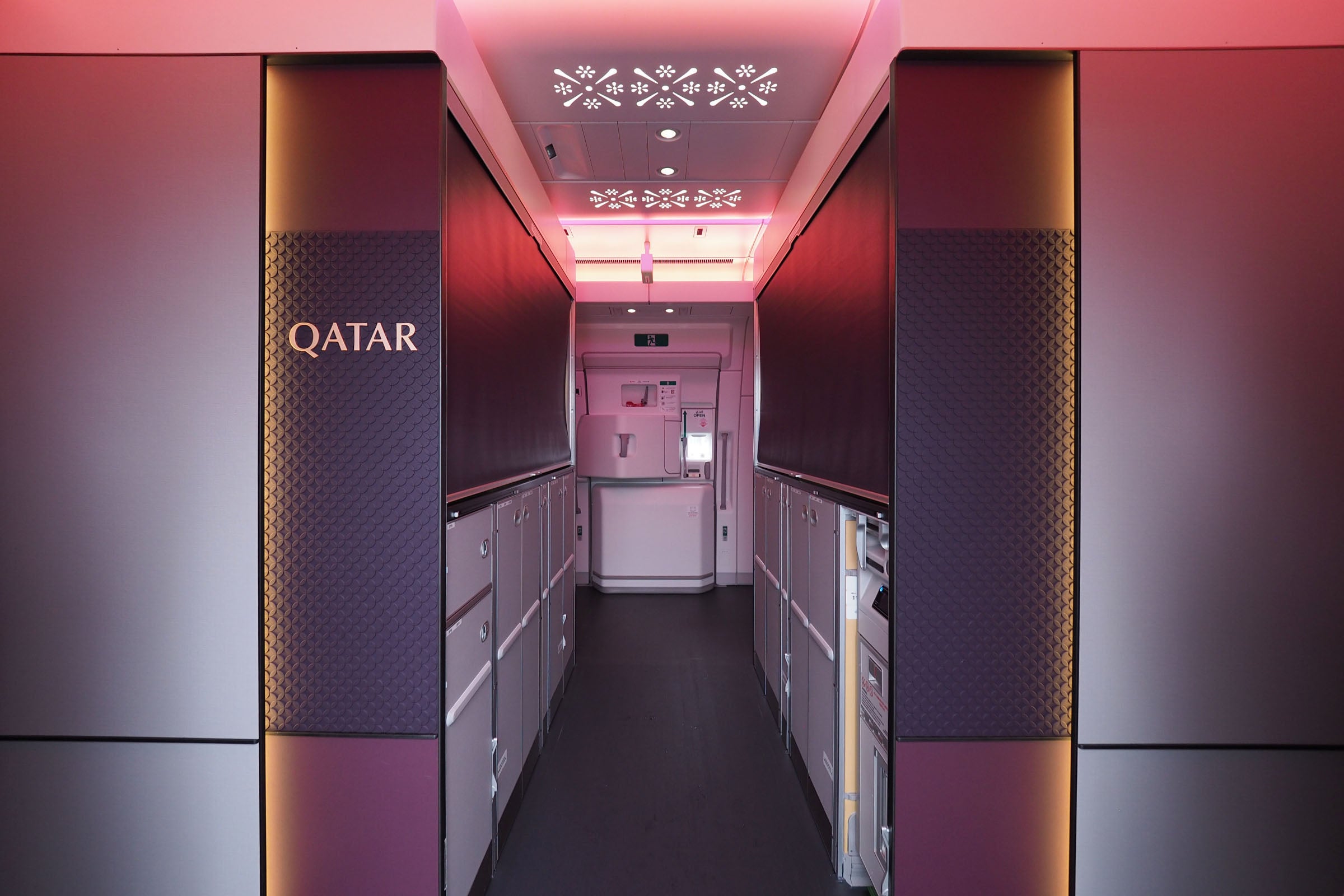 Inside the First Airbus A350-1000, With Qatar's Qsuite Business Class
This post contains references to products from one or more of our advertisers. We may receive compensation when you click on links to those products. Terms apply to the offers listed on this page. For an explanation of our Advertising Policy, visit this page.

On Tuesday in Toulouse, France, Qatar Airways took delivery of the world's first Airbus A350-1000, the extended-length version of the airline's popular wide-body jet. Following the delivery press conference, attendees had an opportunity to tour the new plane. While there wasn't much time onboard, I did have a few moments to film a brief flight attendant tour, which you'll find just below.

This particular variant offers 44 additional seats over its smaller sibling, but it's also the first Airbus plane to sport Qatar's fantastic Qsuite business-class product, complete with a sliding door at every suite.

I had a chance to review Qsuite on the Boeing 777-300ER, and given how impressed I was following that flight, I was especially excited to see the suite on an A350.

As soon as you board, you'll notice that it's missing the slick lobby/bar area between the two business-class cabins (above) — there's a galley on the -1000, instead.

The seats are far different as well — below is the current version of the A350-900, for example:

The -1000's two Qsuite cabins offer a total of six "Quads" — groupings of four seats, with two facing backwards and two directed forwards. Dividers slide open to connect each Quad, making it possible for four passengers to work, dine and relax together.

Or you can slide out the center and row dividers, to create four separate suites when seated among strangers.

Every suite has a sliding door, for added privacy.

And loads of high-tech features, including an even more advanced handheld remote.

My favorite suites are in the mini-cabin just behind the center galley — if you're traveling in a group of eight, you can book this area and experience the closest thing you'll find to a private jet while still flying commercial.

The economy cabin is largely unchanged, though the seats and entertainment systems have been updated a bit.

While we don't know exactly which US cities will be first to get the new A350 jet, Qatar Airways CEO Akbar Al Baker confirmed that the -1000 would begin flying to the East Coast of the United States soon, following its launch on the Doha (DOH)-London (LHR) route this Saturday. The airline's about to take delivery of its first A350-900 to sport the new interior, too, which will eventually roll out to the airline's existing fleet, less the Boeing 787-8 Dreamliners, which will receive a different suite-like product.

TPG and I will have an opportunity to fly Airbus' latest jet ahead of its inaugural this weekend, though, when we join the delivery to Doha tomorrow. Catch our live reports on social media as we make our way from Toulouse (TLS) early Wednesday morning — you can follow along with @thepointsguy on Instagram and Twitter, along with my own Instagram and Twitter accounts for the latest from Qatar's first A350-1000 passenger flight.