Articles
Ethan Steinberg has been a frequent flier for as long as he can remember. He went from studying abroad in Paris to moving to Shanghai after graduating college, where he covered all things travel in the Asia-Pacific region for TPG.
May 09, 2018
•
8 min read 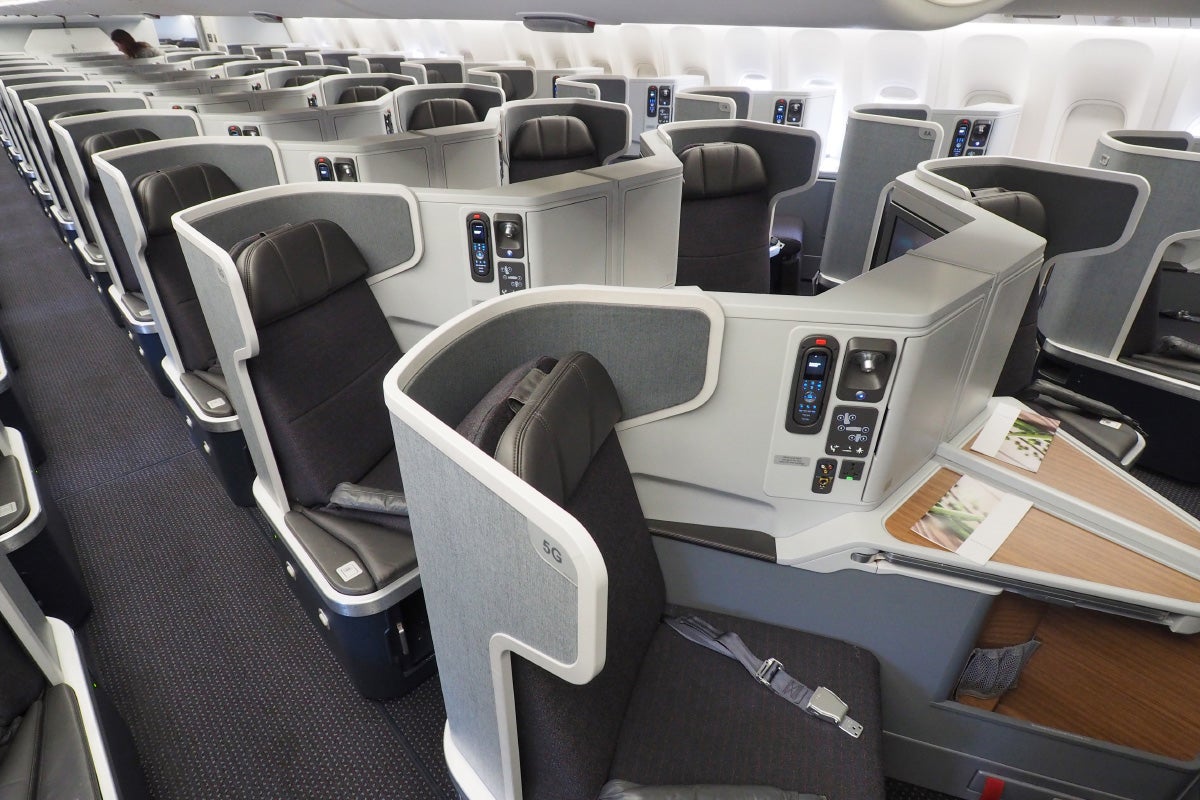 Anyone who's ever redeemed American AAdvantage miles knows how aggravating it can be to try and find saver level award space. Sometimes you won't see any low-level space on certain routes for months at a time. Other times, American will force you to make ridiculous connections if you want to redeem your miles (seriously, there is no scenario where a flight from Tampa (TPA) to New York (LGA) should require two different connections.)

Despite all this, AA miles can still offer amazing value for international business class redemptions, and it's often easier to find award space. Between Oneworld alliance members and American's other partners, AAdvantage miles give you access to some of the best business class seats in the air. So if you're considering applying for the newly refreshed Citi / AAdvantage Platinum Select World Elite Mastercard — which is currently offering 60,000 bonus miles after $3,000 in purchases in the first three months after account opening — here are some of the best ways to redeem those miles for business class travel.

The first spot on this list undeniably belongs to Qatar's "first in business" class product, the Qsuite. These fully enclosed suites can be found on select 777-300ER aircraft, as well as all Airbus A350-1000s (which don't fly to the US at the moment). Qatar currently operates Qsuite-equipped planes on one of their two daily frequencies between Doha (DOH) and New York (JFK), as well as to Chicago (ORD) and Washington, DC (IAD).

Qatar only has a handful of planes featuring these seats (now that sounds familiar...), and while the JFK route seems pretty consistent, the IAD and ORD routes might be subject to some last minute equipment swaps while Qatar works through the retrofit process.

TPG's Editor-at-Large Zach Honig got the chance to take the Qsuite for a spin and is absolutely convinced that this is the world's best business class product, period. If the sliding doors and sleek cabin design aren't enough to convince you, the modular middle seats that can turn into a double bed or a quad, as well as dine-on-demand catering and an excellent business class lounge in Doha should do the trick.

You'll want to stay away from Qatar's old 777s that feature an outdated 2-2-2 business class configuration, but if you can't find Qsuite award space, Qatar's Airbus A350-900s (which fly to JFK, BOS, and PHL) should still be on your radar.

While Japan Airlines flies several other US routes, the best business class product in its fleet is currently only available on 777-300ER and select 787 aircraft. The 777s fly daily from New York (JFK), Chicago, and LA to Tokyo Narita, and from JFK and San Francisco to Tokyo's closer Haneda (HND) airport.

While the aisle seats in this configuration are certainly solid, the window seats offer almost as much privacy as a fully enclosed suite. When the privacy partition between seats is raised, the only way to reach your seat is through a small walkway in front of the aisle seats that adds to the legroom. Onboard, you'll be treated to fresh Japanese cuisine, a wide selection of saké and the impeccable service Japan is known for.

While all of Cathay's long-haul fleet feature a nearly identical business class product, there are a few reasons to pick the A350 if you can. Not only are these the newest planes in Cathay's fleet — and therefore the ones in the best shape — but you also get to enjoy the relaxing technology benefits of Airbus' next generation aircraft. These include higher cabin pressurization, better temperature control and mood lighting to help fight the effects of jet lag on ultra long-haul routes to and from Hong Kong (HKG).

As an added "benefit," these planes don't feature a first class cabin, so you won't feel left out! I got to fly in a 6-month-old A350 from Hong Kong to Bangkok (BKK) last summer, and I'm already looking for a chance to book it again on a longer flight.

Etihad is best known for their gigantic and stunning First Class "Apartments" aboard the A380, but the carrier also offers a premium experience slightly further back in the plane. While Etihad flies to other US destinations, including Chicago and LA, you'll want to stick to the east coast to get their best product — the "business studio."

These seats are incredibly chic and feel like a mini-office, complete with plenty of surface space and a dazzling reading lamp. The staggered layout gives you plenty of choices — private window seats if you're traveling alone, or the cozier side-by-side "honeymoon" configuration in the middle.

Where To Find This Seat: Long-haul and high profile routes, including many flights to Asia, Europe, and South America

Yes, American miles can also be used on actual American planes for great business class redemptions. You just need to be selective, as the airline has almost as many different styles of business class seating as they do planes, and there are clear winners and losers.

The reverse herringbone seats you'll find onboard American's 777-300ER, 787-9 and retrofitted 777-200 aircraft are by far the best. These seats are spacious, private and relatively new, and you can find them on many of AA's longest routes to Asia, Europe and South America. Since these larger planes usually fly out of AA hubs like LAX or Miami (MIA), you'll likely also get access to one of American's new Flagship Lounges to relax and refresh before your flight.

Noticeably absent from this list is one of the biggest Oneworld carriers: British Airways. Even on their newest planes, BA business class is in an abnormally dense configuration — five seats per row where other airlines put four. Many airlines use the space of a massive double decker Airbus A380 to innovate and differentiate their products, but British Airways did not, instead deciding to go with fold-down footrests and seats that are exposed to the noise and traffic of the aisles.

Add in the $400+ fuel surcharges that come with most BA award tickets and you have plenty of reasons to steer clear. I've heard a lot of people say that British Airways first class is more like a pretty good business class product. I guess that makes their business class more like a mediocre premium economy? Sure, you'll get a lie-flat bed, lounge access and priority boarding, but prepare yourself to overpay and be underserved, or you'll walk away sorely disappointed.

Related stories
Deal alert: Widespread Air Tahiti business class award space to French Polynesia
This no-annual-fee card earns 2% cash back on every purchase — and automatically applies your rewards
You can now fly directly to the South Pacific from the Pacific Northwest
Aer Lingus returns: Hartford gets back its nonstop flight to Europe
Featured image by AA's 777-300ER business-class cabin.